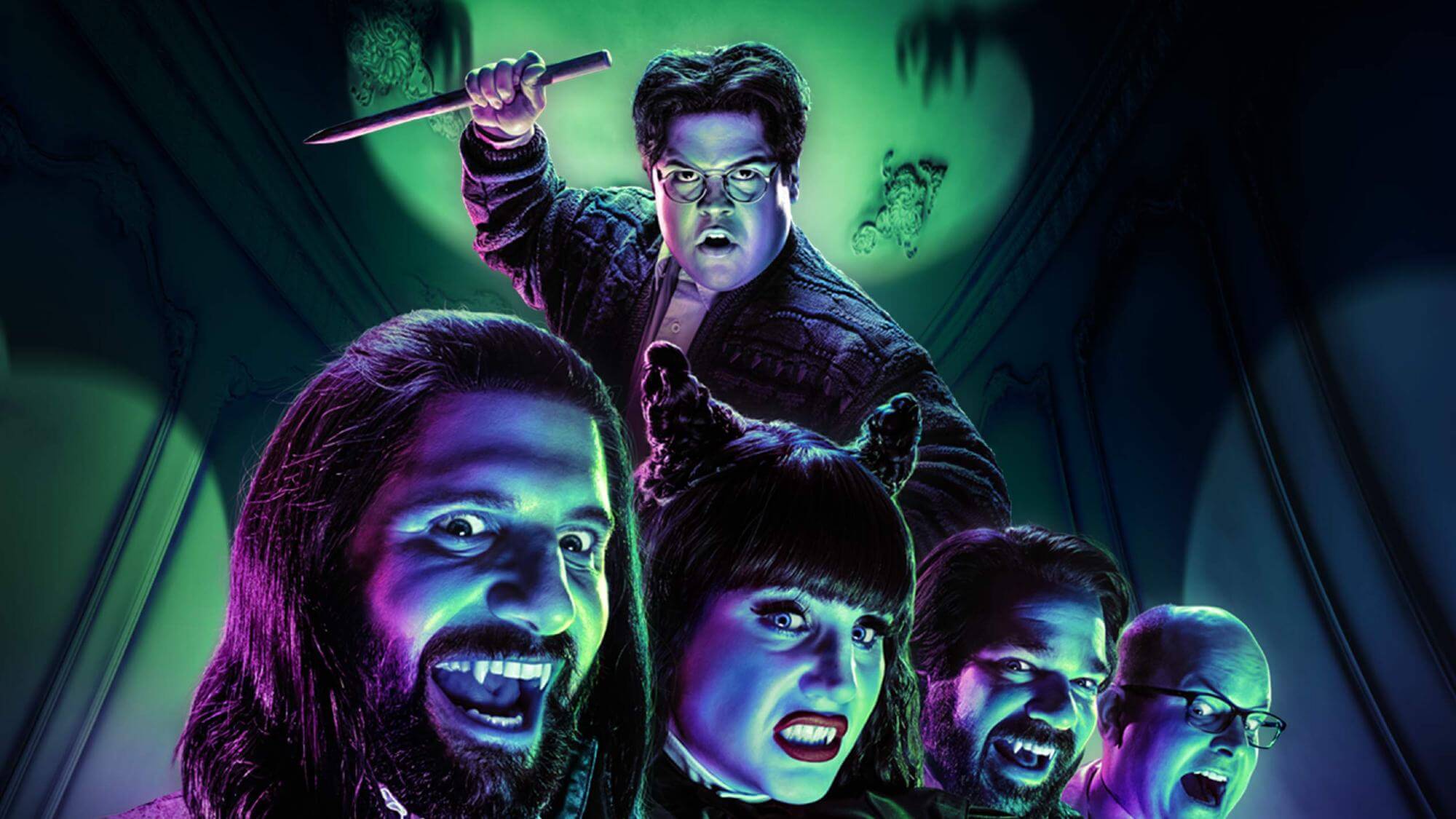 Serious question: was the over-long What We Do in the Shadows hiatus the worst part about the pandemic? Okay, I’m kidding. I know it wasn’t, but it did suck. What We Do In The Shadows (I’m gonna call it The Shadows for short from now on because I’m lazy and it sounds cool) is the comedic relief we all need right now. Pretty much everything Jemaine Clement and Taika Waititi do is excellent, and The Shadows is no different. This show is basically like if The Office was about vampires, and I dare you to name one thing about that premise that’s unappealing.

Season three brings back all the things we love about the show: our favorite feckless vampires, hapless-yet-hopeful Guillermo, and the gothic mumblecore mockumentary premise that keeps the show fresh in a way that still feels intimate. In the premiere, we find our vampires (Nandor, Nadja, Laszlo, and Colin Robinson) in the middle of a heated debate about what to do about Guillermo. He saved their lives in the season two finale but had to murder like 40 vampires in the process, which is a big no-no in the vampire world.

Nandor feels a sense of pride that his familiar saved his life, but Laszlo and Nadja insist Guillermo can’t be trusted. What if he tries to kill them next? Besides they think Guillermo kind of sucks anyway, so it’s really not much of a loss. It’s a real Sophie’s choice, if Sophie hated one of her children. 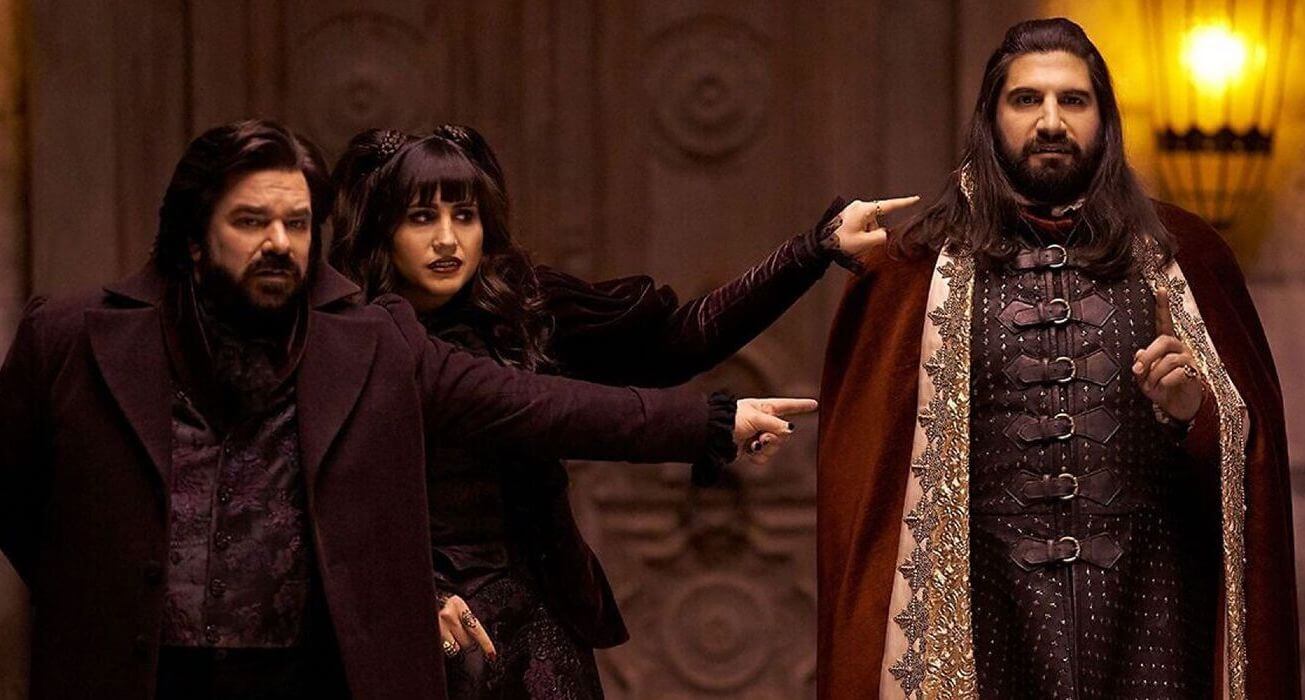 While this is all going on, they’re holding Guillermo “prisoner” in the basement. I put “prisoner” in air quotes because unbeknownst to the vamps, the cell they put him in is broken and Guillermo sneaks out all the time. He doesn’t run away, though – instead, he cleans the house while the vamps are sleeping. Disposing of drained corpses, tidying up, making sure no vampires/witches/werewolves break in and kill his masters. It’s classic Stockholm Syndrome if Jan-Erik Olsson had promised to make his hostages vampires after he robbed the bank. 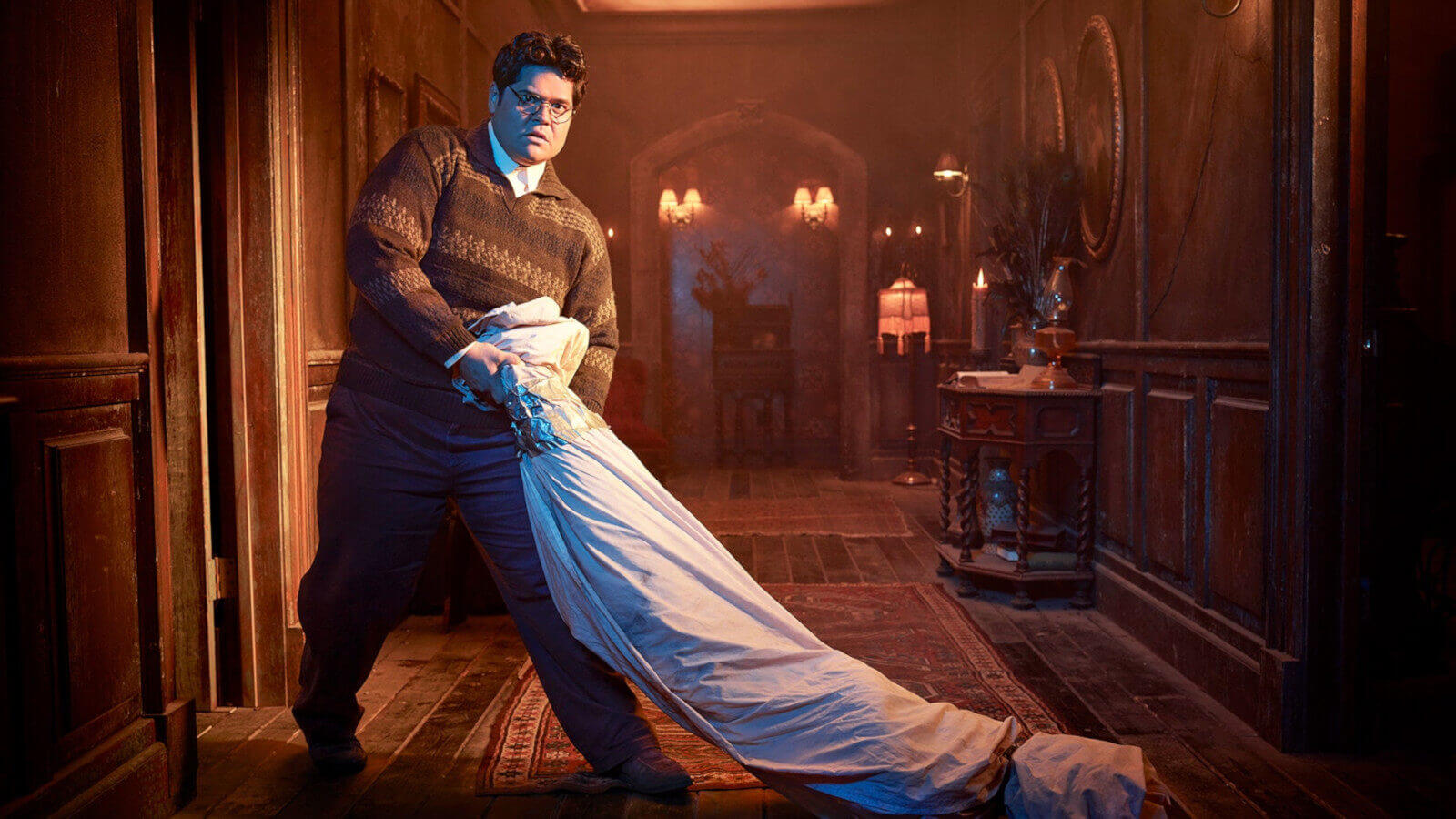 Eventually Nadja, Laszlo, and Colin Robinson agree that Guillermo can live. Mostly because they have short attention spans and can’t be bothered to care anymore. Nandor promotes Guillermo to “bodyguard” which I’m also putting in air quotes because it’s basically meaningless. He still has all the same responsibilities as a familiar. The promotion is in name only – he’s not getting a raise and Nandor is definitely not going to make him a vampire anytime soon. Added responsibility alongside zero recognition or compensation is basically the story of Guillermo’s life and what makes his situation so endlessly hilarious. His hopefulness is simultaneously depressing and entertaining because while audiences cackle at him episode after episode, we can also identify with him. 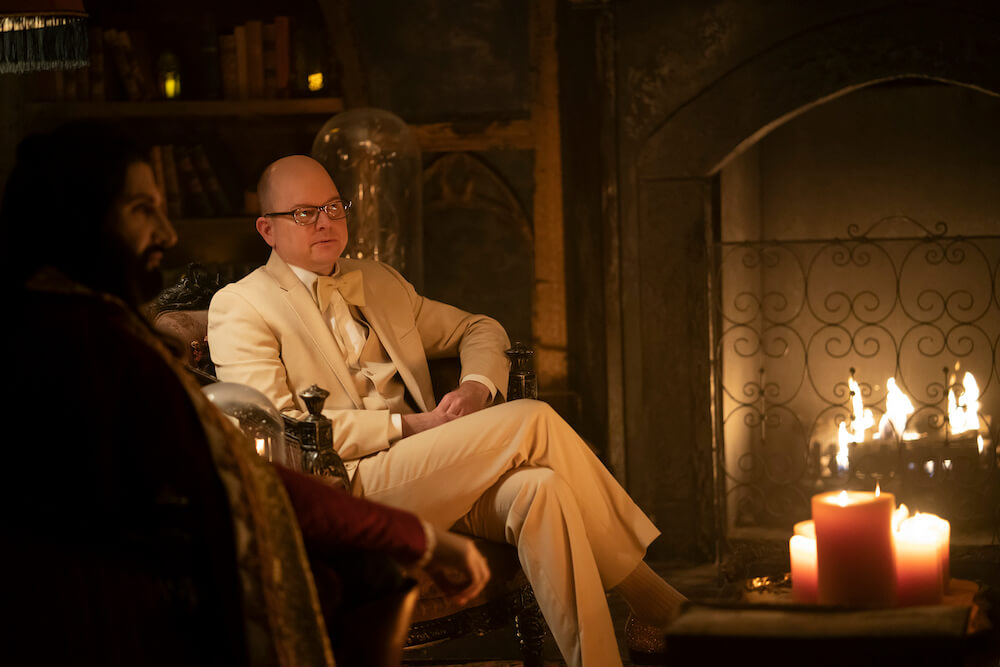 Over the last two seasons, we’ve seen Guillermo rise from an incompetent but fiercely loyal familiar to a vampire-hunting (he can’t help that he’s descended from Van Helsing, alright?) “bodyguard” who’s more competent than his unappreciative boss, yet still just as inexplicably loyal. Guillermo also still desperately wants to become a vampire. I’m not really sure why – he’s been around vampires long enough now to know that they’re all kind of awful and incompetent, but I suppose there’s something to be said for never giving up on your dreams. I’ve still got that sourdough starter in the fridge from a year ago (yeah, I was one of those pandemic people) and I keep feeding it even though I haven’t baked a loaf in months. Maybe I will! Maybe one day, I’ll become a famous bread baker and land a Netflix series called “Do it for the Dough.” Sometimes, it’s easier to hold onto the hope that the future will be amazing rather than accept the reality that it probably won’t be. But that’s not the only way that Guillermo is #relatable as ever.

As an overworked young professional who often feels underappreciated (not here at The Gist, obviously, but in other areas), I found myself relating to Guillermo more this season than ever before. He used to be the butt of the joke but nowadays, more often than not, he’s the most competent creature in the room. 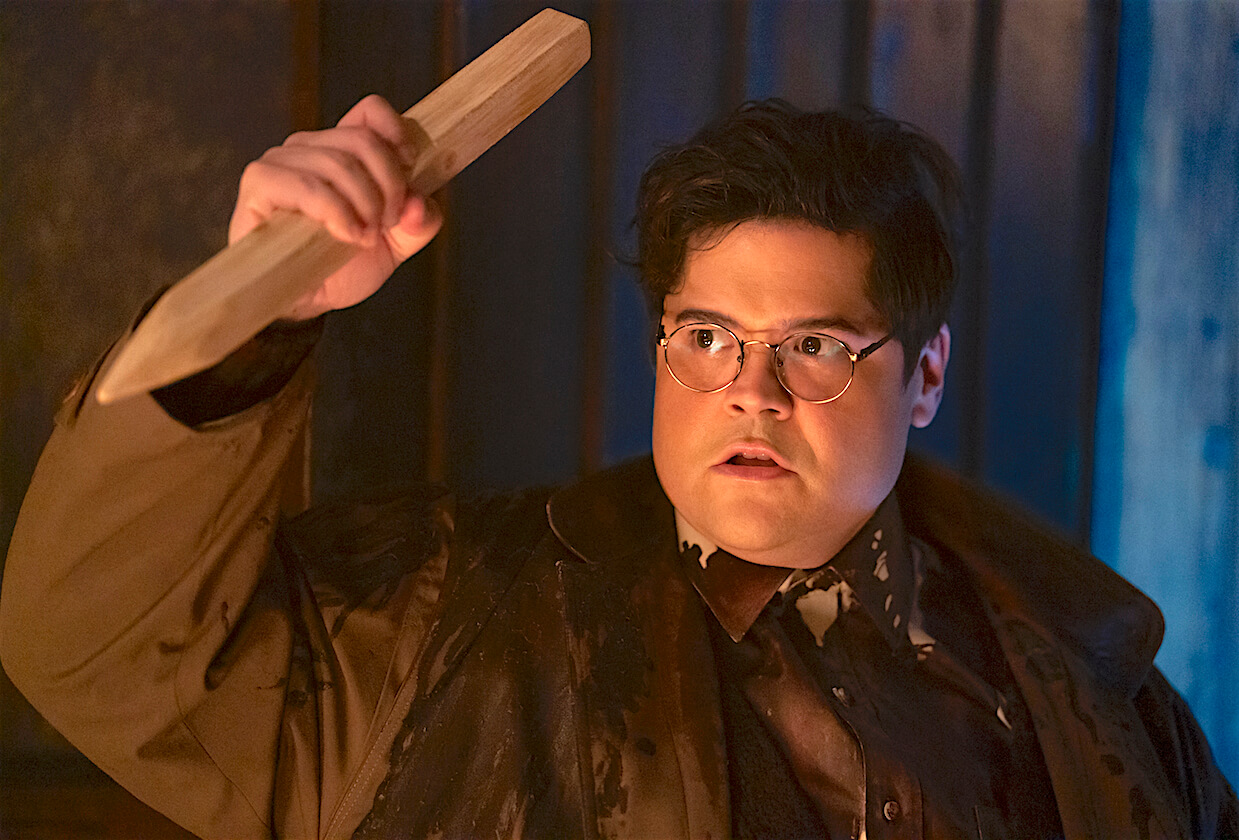 Guillermo is also good at his job. Very good, in fact. One could argue that ironically enough, there’s no one better suited for a vampire’s bodyguard than a vampire slayer. In this world at least, the vampires’ most serious threats often come from other vampires. It was only last season that the entire vampiric council tried to slaughter our vampires and that’s like the 27985th (approx.) time that other vampires have tried to kill them on this show. Guillermo’s the hero they need. But do they deserve him? No.

This season, I hope we continue to see Guillermo blossom from meek little caterpillar into slightly less meek butterfly. But he can never become a vampire. That would ruin all the fun! It’s like how Dwight Schrute could never actually be the boss of Dunder Mifflin. Sure, he eventually landed the gig for a little while and he was awful (hilarious, but awful)! Dwight was a tyrant and quickly got demoted, but there’s no demotion from being a vampire. Or is there? One thing’s for certain: if there is a way, I trust The Shadows to find it. 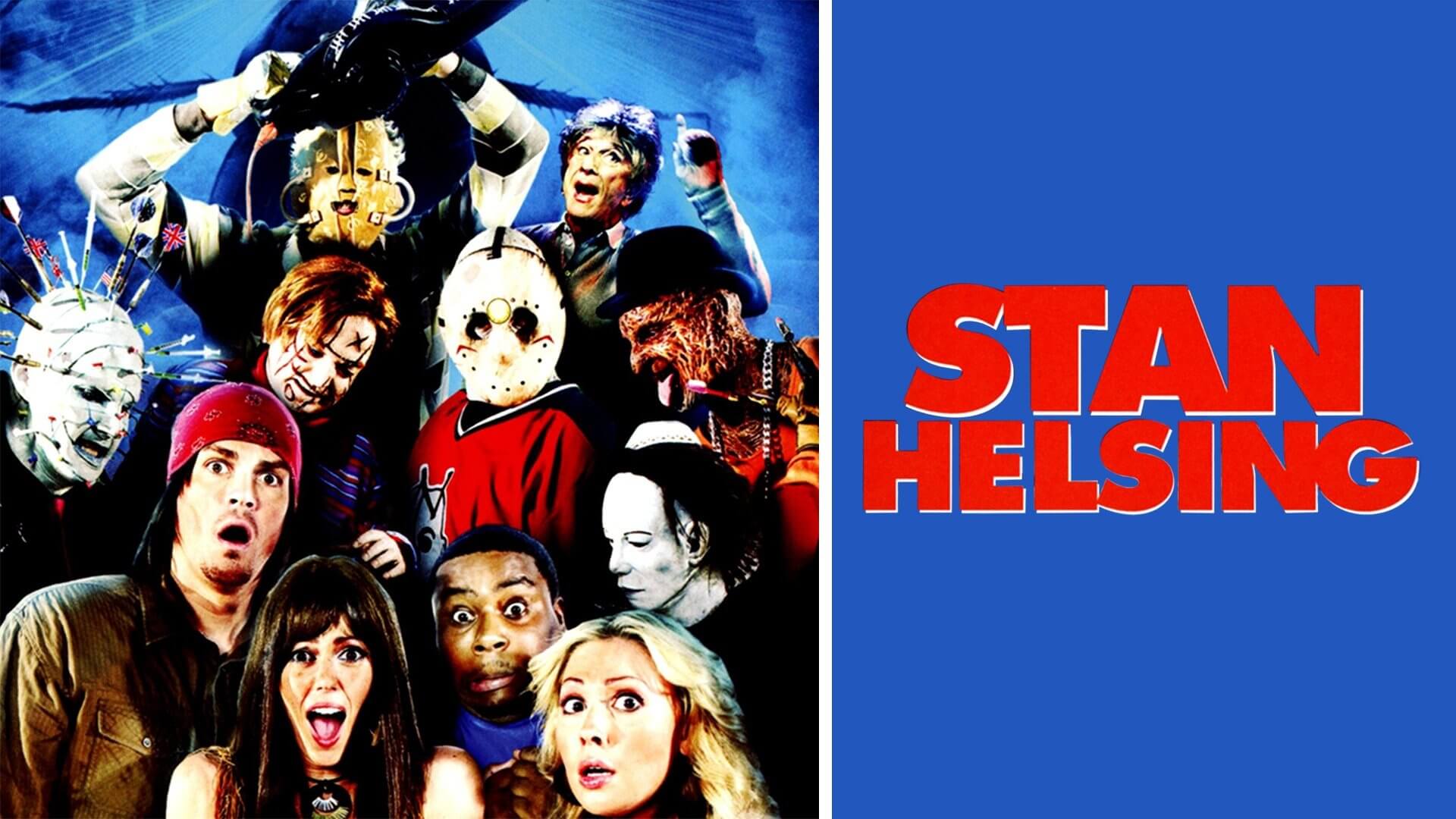