In 2001, Michelle Branch was everywhere. She’d just released her major label debut album called The Spirit Room and teeny boppers around the globe quickly snatched up millions of copies. This was back in the day when you had to buy physical CDs and listen to them in these ancient artifacts: 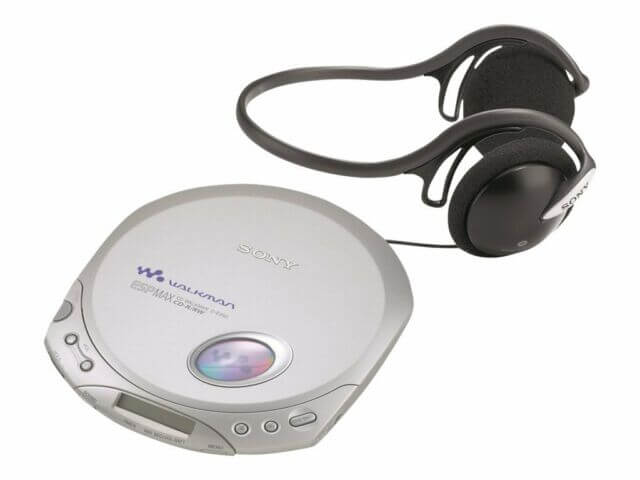 Branch had competition from other teen queen singers in the early-2000s’ heyday of punky pop music. Avril Lavigne and her necktie were Sk8-ing up the charts, Christina Aguilera dyed her hair black and was going through something, and you couldn’t step foot inside American Eagle without hearing about how Vanessa Carlton was Making her way downtown, walking fast, faces pass and I’m homebound…

But there was something more soulful about Branch, in my opinion. The honesty of her lyrics always stuck with me. She seemed wise beyond her years, had talent for days, and she also had range. Just a year after the release of her first album, Branch performed the vocals for Santana’s song “Game of Love” which is such a jam. Or is the proper term to say that song “slaps”? I can’t keep up with the Gen Z lingo. Whatever, it’s a good song!

Just two years after the success of The Spirit Room, Branch released her second album, Hotel Paper. Then, she did something unexpected. As further proof of her range, she released a country album called Stand Still, Look Pretty. And that entire album still fucking slaps! Okay, side note: now that I’ve used it in a sentence, I’d like to officially raise a motion to banish the word “slaps” from the colloquial music jargon repertoire because it makes me feel icky.

You have to remember, this was back before Taylor Swift starting genre-hopping between country and pop. Branch was in uncharted waters here and she nailed it on her first album. To be fair, Branch didn’t do it alone. She teamed up with her childhood best friend, Jessica Harp, for the album and they called themselves The Wreckers. You might be familiar with their single, “Leave the Pieces” but if you haven’t heard the rest of the album, GO LISTEN TO IT NOW.

Stand Still, Look Pretty was well received and the duo was nominated for a ton of awards. By every metric, Branch was at the height of her career. But then something weird happened… she disappeared.

Figuratively! Her face wasn’t plastered on the backs of milk cartons or anything. No missing persons reports were filed. But she pretty much fell off the music radar for almost a decade.

Before we dig into why, here are some important numbers to recognize: Michelle Branch got signed to a major record label at 17 years old and was launched to stardom when she released The Spirit Room just a year later. She released her second album and also got married at 20 (to her bass player, who’s 19 years her senior), had a baby at 21, then jumped genres and released another hit album at 23. I don’t think I was even booking my own doctor’s appointments when I was 18. That’s not only a lot of fame and success to achieve at such a young age, it’s also a lot of life to live at a young age. I’m in no way knocking Branch – I’m a fan! But life has a way of catching up with you eventually.

Just a few years ago, Branch had this to say about her past success: “It all seems like it was another lifetime… I look back at everything I’ve already accomplished and it’s kind of a relief, to be honest. Like, ‘Okay, I did that. I got that out of the way.’”

Shortly after the release of Stand Still, Look Pretty, things soured between Branch and her Wreckers partner-in-crime, and the two parted ways. The former childhood best friends didn’t speak for ten years after their musical divorce. Branch told Rolling Stone: “It was so terrible… I don’t know how it got to that point.” It’s tragic on so many levels. Not only because they were best buds and that’s always sad, but also because I’m selfish and fucking love The Wreckers and think it’s Branch’s best work and I want more music! 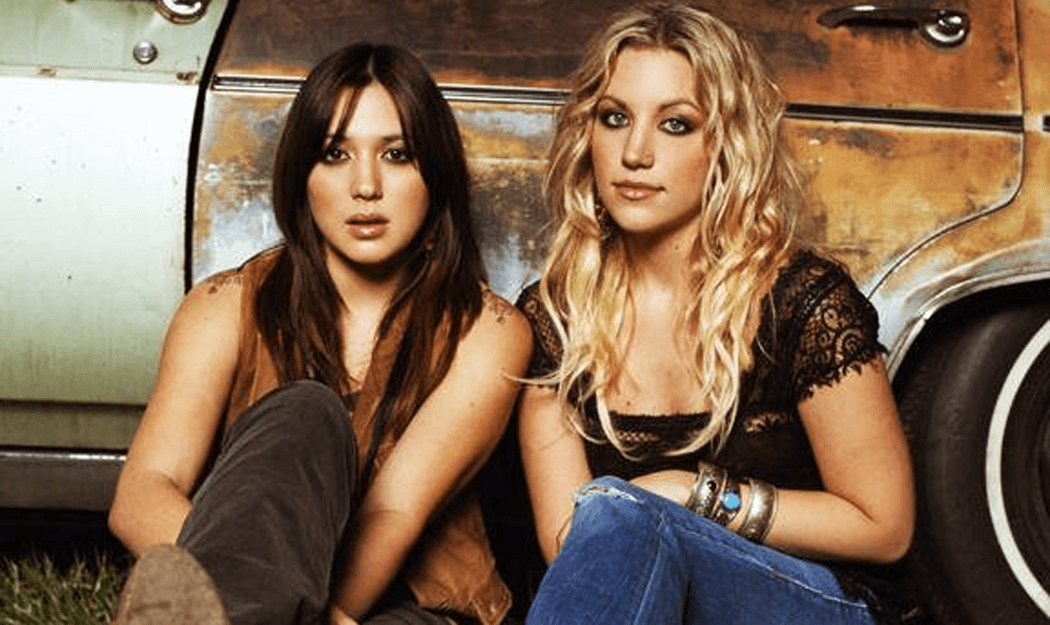 Things went downhill for Branch after that. She released very little music during her decade out of the spotlight. There were a few moderately-successful singles, but it seems that the singer struggled to find her sound and/or find common ground with record label execs. There was a lot of turnover inside Warner Music and they shelved two of her albums.

Here’s Branch on the Warner Music fiasco, in her own words: “I turned in a full album. We shot artwork and a video for it. There was a single; a release date. And then everyone got fired, and it all just stopped. Then a new guy comes in, he gives his two cents, calls the new radio department, they give their two cents. It was that… over and over and over.” What a mess! Get your shit together, Warner Music.

In 2015, Branch filed for divorce from her husband of eleven years. She was also finally released from Warner Music and became a free agent in more ways than one. Branch told the Tennesseean at the time: “It really felt like my life was a snow globe, and someone turned it upside down… And when it cleared, nothing was in its right place.”

But there’s a silver lining. That same year, Branch met Patrick Carney, who’s the drummer for the Black Keys. Turns out, he was also wondering what happened to her. Branch recalls of their meeting, “He said, ‘You haven’t put out any music in a long time, what’s going on? I’ve always loved your voice.’”

Branch and Carney immediately hit it off and he was determined to help her find her sound again. Once they teamed up, it was off to the races. She signed with Verve Records and Carney helped her record an entire new rock album called Hopeless Romantic that was released in 2017. Is that news to you? Because it was news to me just now in 2021. The album didn’t do as well as anticipated, but it ain’t half bad! Despite the lack of success with the album, Branch has no regrets – it was the cathartic experience she needed to get her groove back. And of course, Branch and Carney fell in love while creating it (the album is called Hopeless Romantic after all). They’re married and have a baby together now! Here’s Branch on the experience: “I truly believe everything happens for a reason. I made a record I’m enormously proud of and, in the process, found the love of my life, and it just feels like it was supposed to happen.” After stalking Michelle’s Instagram, I have more good news to share: It seems she and Jessica Harp finally buried that ten-year-old hatchet and are friends again. They’ve even teased more Wreckers music at some point. Hallelujah!

In thinking about what happened to Michelle Branch, there’s a lyric from her song “Knock Yourself Out” off Hopeless Romantic that stuck out to me: “I’m just trying to figure out who I am/ And I hope all that I’ve learned will make sense/ When I get there.” I think understanding that is the key to understanding Michelle’s “lost years.” And I’m glad she finally did figure it all out. Now hopefully she can get to work on that second Wreckers album! 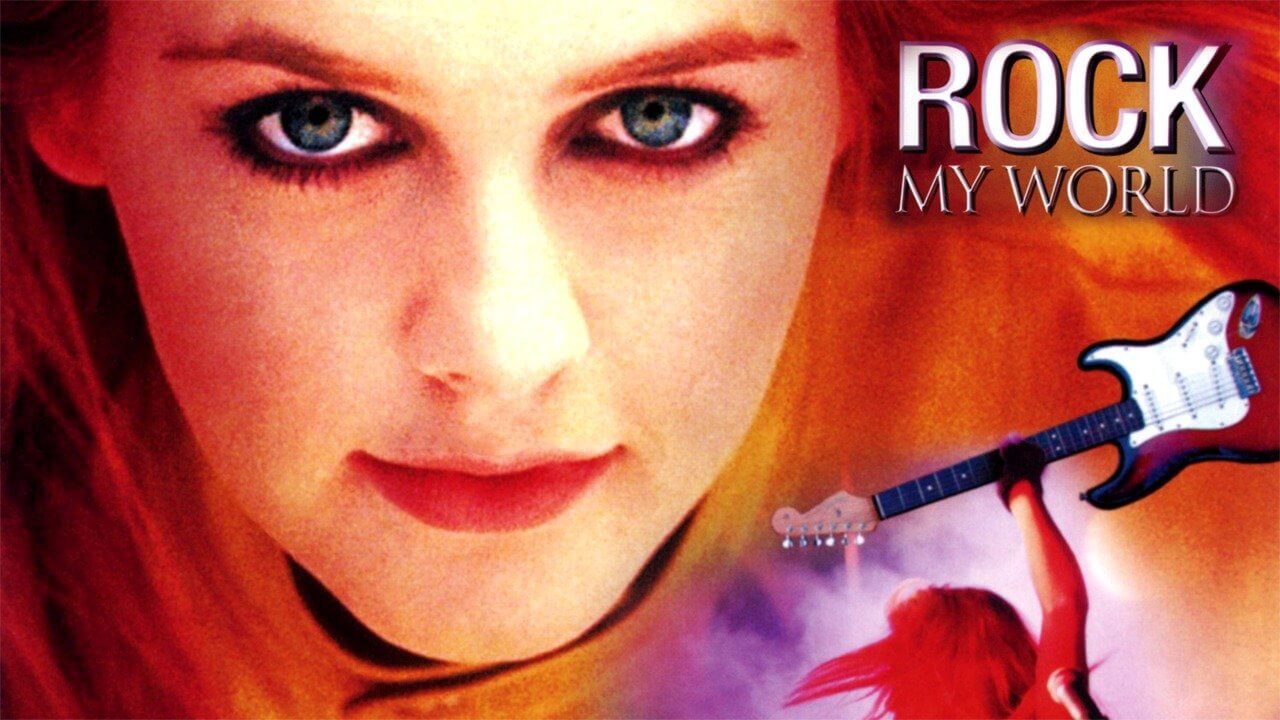 trending
MusicNewsNostalgia
In this article: trending

If grief is anything, it's a muscle.