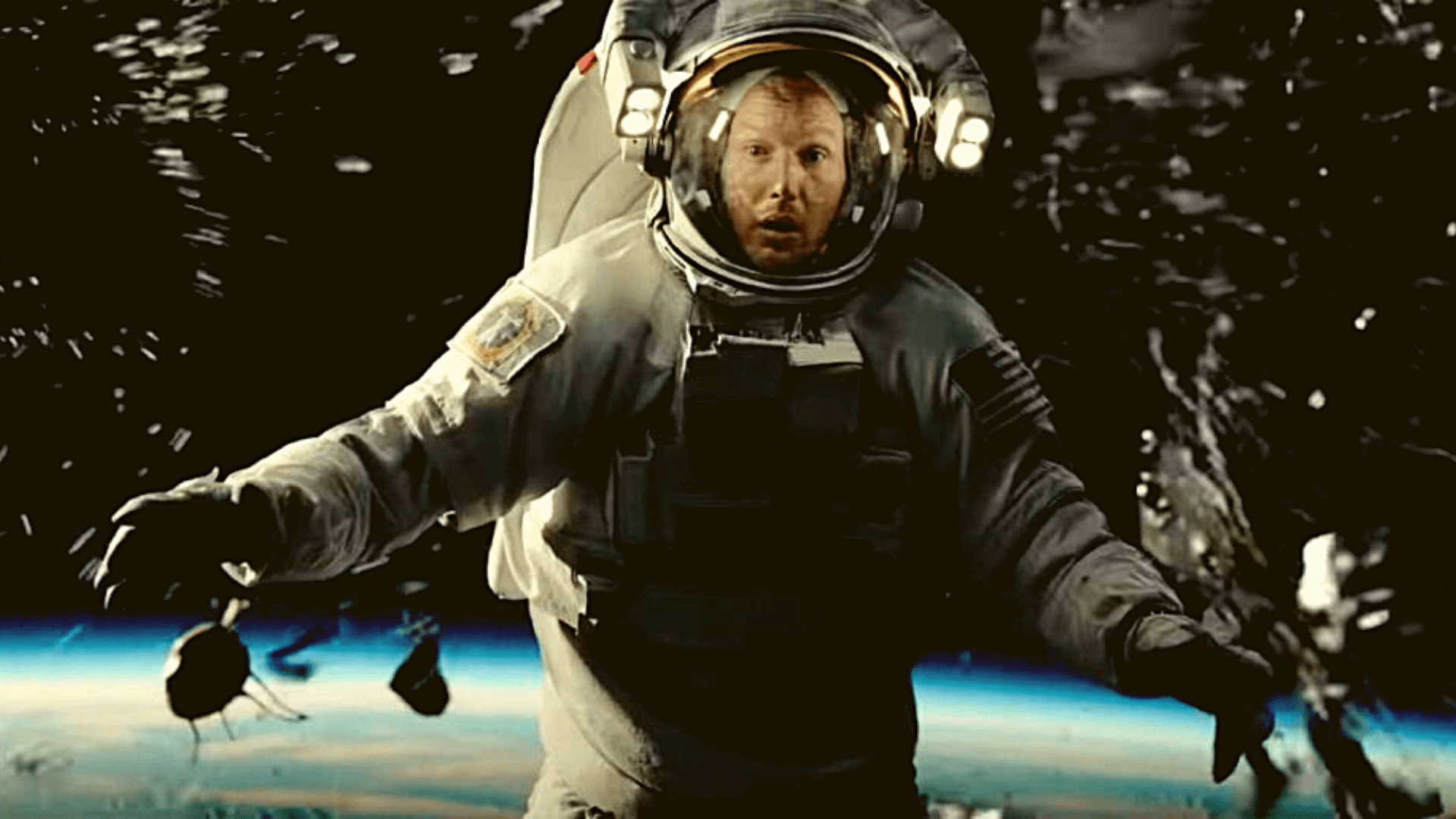 With 2022 and winter both now in full swing –- some of us need a break from the shoveling -– it’s time to hunker down and watch some movies. The film slate itself isn’t quite full yet, though things should start speeding up now that Sundance has kicked off festival season. Still, there are several standouts this month, including a couple of major releases; the rest of the best is an eclectic mix of comedy, thriller, and horror. Take your pick and cozy up with your snuggliest blanket or friend, or both.

Directed and written by Roland Emmerich (Independence Day, The Day After Tomorrow, Godzilla [1998], The Patriot); starring Halle Berry, Donald Sutherland, Patrick Wilson, John Bradley, Michael Peña, Charlie Plummer, and Kelly Yu. This aptly titled science-fiction fantasy takes on the disastrous potential consequences of the moon somehow being knocked out of orbit and, therefore, on a collision course with Earth (not unlike Don’t Look Up’s comet). Before you nope out from that reference, check out the highly entertaining John Bradley, aka Game of Thrones’s Samwell Tarly, lighting up the trailer with comic relief, and the story’s promise of a twist (it’s alieeeeeve). Quite frankly, we could really use a totally bananas space venture right about now, don’t you think?

Directed by Rich Ragsdale (Ghost House); written by Mark Young (Southern Gothic, Feral, Tooth and Nail) and Robert Sheppe (Ghost House 2); starring Scout Taylor-Compton, Nolan Gerard Funk, Jeff Fahey, and Deborah Kara Unger. With a hint of Ari Aster’s terrifying Hereditary, a couple’s *quiet weekend* away (movie weekends always go wrong; don’t even bother!) turns nightmarish when a cult leader and his coven drop by to fulfill a long-awaited prophecy. Something tells me Taylor-Compton’s Grace knows a little more than she’s letting on and/or that someone’s going to end up inside a bear.

Directed by Steven Soderbergh; written by David Koepp (Jurassic Park, Carlito’s Way, Death Becomes Her); starring Zoë Kravitz, Rita Wilson, Erika Christensen, Emily Kuroda, and Byron Bowers. The still-not-actually-retired Soderbergh reunites with his Traffic stars in this not-too-far-from-reality thriller (set during COVID) about a techie (Kravitz) who discovers a recorded murder and a whole mess of trouble when she tries to report it through company channels. The story may remind you of certain other companies who like to keep an eye on everything we do and then hide when their nefarious activities come to light, and that’s no coincidence. Love the Kravitz/Wilson pairing and the director’s on-point message.

Directorial debut and written by Stacey Gregg; starring Andrea Riseborough, Jonjo O’Neill, Martin McCann, and Eileen O’Higgins. Riseborough heads up this SXSW darling as grieving mother Laura whose new neighbors have a daughter who seems eerily similar to the child she lost. Is Laura on the edge of obsession or is something else going on? This tense thriller will leave you on edge as the mystery unfolds, and I’d grab a box of tissues for Riseborough’s haunting performance.

Directed by Ruben Fleischer (Venom, Zombieland, Gangster Squad); written by Rafe Judkins (The Wheel of Time, Agents of S.H.I.E.L.D., Chuck), Art Marcum (Iron Man, Punisher: War Zone), and Matt Holloway (Iron Man, Men in Black: International); based on the Naughty Dog video game series; and starring Tom Holland, Antonio Banderas, Mark Wahlberg, Sophia Ali, and Tati Gabrielle. Whether you’re a fan of the source material or simply addicted to Tom Holland’s infectious personality, we’re all winners when it comes to this action-adventure following treasure hunter (and possibly famous relative) Nate Drake. Up against Banderas’s “ruthless” competitor Moncada, Drake and his mentor, Wahlberg’s Sully, race to find the proverbial loot of gold. The trailer is crazy in a good way and Holland looks the modern-day Indiana Jones that we deserve.

Directed and written by Sean Ellis (Cashback, The Broken); starring Boyd Holbrook, Kelly Reilly, Alistair Petrie, Roxane Duran, and Áine Rose Daly. This take on a familiar affliction heads to a village in France where suspected deaths attributed to a wild animal may be only part of the truth. If your love of period pieces and supernatural horror collide, this creepy mystery with a talented cast is just the thing to get your February heart pumping.

Directed by BJ McDonnell (Hatchet III); written by Jeff Buhler (Pet Sematary, The Grudge, Jacob’s Ladder) and Rebecca Hughes (Cracking Up); based on a story by the Foo Fighters’s own Dave Grohl; and starring Grohl, Taylor Hawkins, Nate Mendel, Pat Smear, Chris Shiflett, Rami Jaffee, Whitney Cummings, Leslie Grossman, Will Forte, Jenna Ortega, and Jeff Garlin. Admittedly, this looks absolutely ridiculous, which is exactly why it’ll be so much fun. The charismatic Grohl and his up-for-anything bandmates head to an appropriately haunted house in the hopes of churning out their next release, only to be stymied by spirits that go bump (and worse) in the night.

Directorial debut and written by Brian Petsos; starring Oscar Isaac, Emory Cohen, Andy Garcia, Megan Fox, Lucy Hale, Shiloh Fernandez, and Frederick Schmidt. If you’re looking for a very strange comedy where nothing makes sense (as if real life does?), check out the story of Samuel, a just-starting-out writer who’s offered a biography job by Floyd, the man who crashed his car into Sam. The catch is moving in with Floyd and his entire family, though when you’ve nothing to do but recover from injuries, why the heck not? The eclectic cast and fantastical goings-on mean we’re all in; I’m especially curious about Isaac’s mystery man.