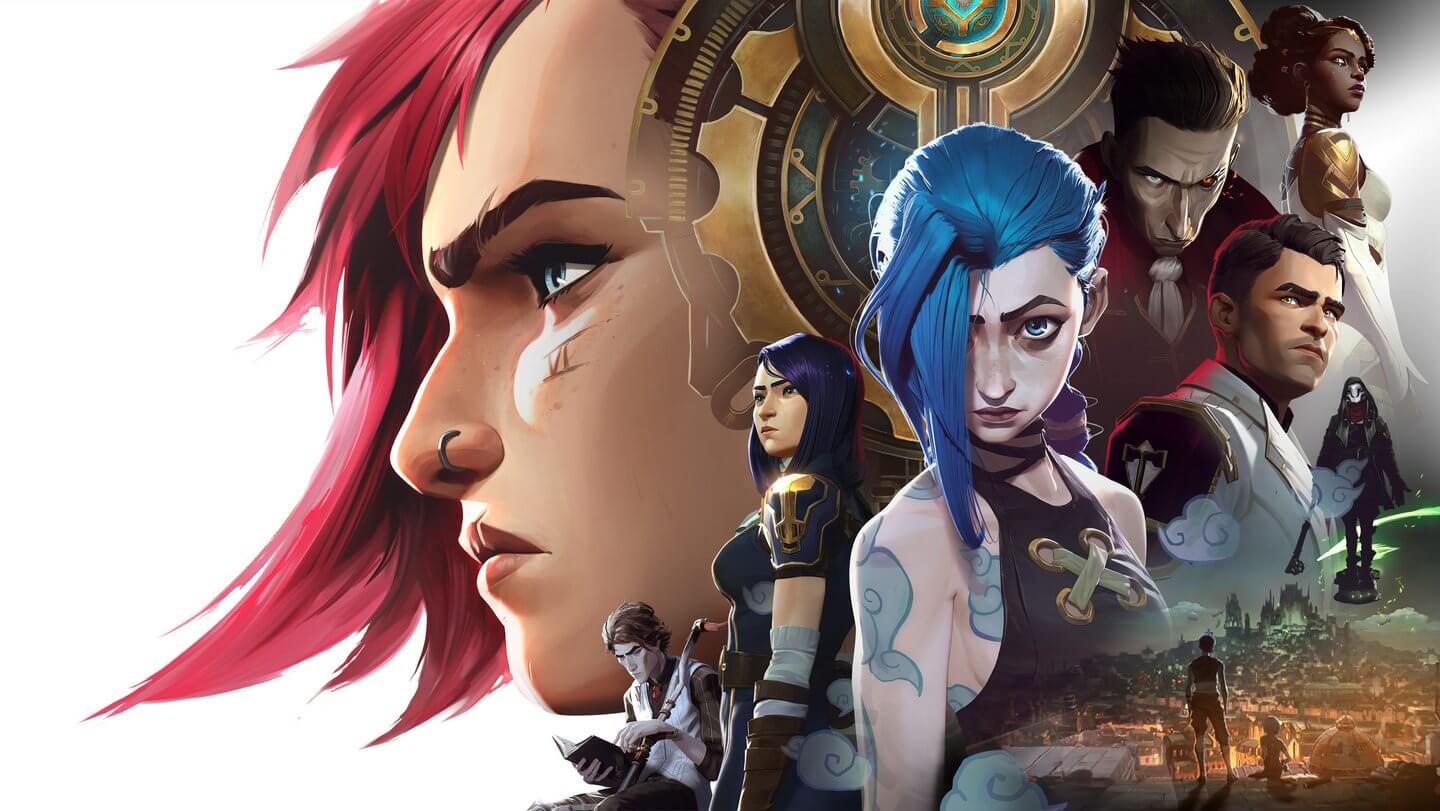 When my partner told me that Netflix was producing an animated series based on the massively popular online multiplayer game League of Legends, my immediate reaction was to shrug, dismiss it, and carry on with my day. The godawful history of video game adaptations combined with the main thing I knew about the Riot Games megahit–the overwhelming toxicity of much of its community–meant that I wasn’t exactly enthused when she asked if we could give it a try.

But love is a hell of a thing.

You do the most ridiculous things for it, and you discover the most incredible things because of it. In this case, I’m honestly bowled over by being able to say that after watching the initial three episodes that Netflix has released so far, the League of Legends show Arcane is not just shaping up to be maybe the single best video game adaptation I’ve ever seen, but one of the most instantly gripping shows of any kind I’ve seen in a few years.

At first sight, League of Legends would seem an odd choice of game to make a narrative adaptation of. An online-based multiplayer experience, it is heavy on lore but light on actual story. This is not a Red Dead Redemption 2-style cinematic roller coaster. Narrative does not play a big part in the playing of the actual game. The developers do provide plenty of vivid characters and evocative background information on both them and the world they inhabit, but that does not in and of itself feed into the gameplay in any meaningful way. What the writers of Arcane have done is to take these touchpoints–these names of characters and cities and their sketched out backstories–and they have bountifully filled them out, providing a canon expansion of the universe and turning what was essentially contextual colour into a fully fleshed-out narrative.

It’s no spoiler to say that the first three episodes of the show function as a prequel of sorts, with the characters that players will be familiar with appearing as younger versions of themselves, still not grown into the selves that would be fully recognisable from the game itself. As someone who has never played League of Legends, the host of Easter eggs and references that were no doubt present throughout these episodes–and will no doubt be present in the rest of the show–were completely lost on me. I felt no endorphin rush of familiarity or recognition. All I had to go on was what the show itself was putting in front of me. All I could judge it on was what I saw happen in the contained format of the three episodes of TV.

The first thing you notice when hitting play on Arcane is the animation style. You just can’t help that. At first, it overwhelms everything. This isn’t one of your run-of-the-mill cartoon clones that Netflix seems so fond of putting out. You know the type: Cheap-looking, depthless Family Guy clones drawn in primary colours and devoid of shadow or detail. Some of these shows are better than others, but whether it’s Final Space or F is For Family or whatever else it might be, the company seems to have an endless assembly line of these things. Arcane not only bucks this trend, it dynamites the dreary factory to pieces in an explosion of colour. Brought to life by Paris-based animation studio Fortiche Production, this is a show that vibrates with life and imagination. The characters are wonderfully expressive and the landscapes pop with perspective.

Arcane takes place in what (so far) appears to be a somewhat standard yet well crafted, gorgeously rendered fantasy world. Overtures to the steampunk aesthetic are scattered throughout. The introductory chapter released thus far shows us two warring cities, now existing in a fragile if unequal peace. Piltover is the salubrious settlement made up of gleaming spires and ruled over by a “Council of Elders”-type group apparently made up of individuals from the most prestigious houses around. Below Piltover–both figuratively and literally–lies the poverty-stricken underground metropolis of Zaun: cavernous and aglow with sickly green fluorescence, replete with bars and brothels and more black markets than you can shake a dangerous smuggler archetype at. Naturally, our sympathies lie with Zaun. Yet Arcane’s numerous protagonists are taken from both sides of the tracks, and the show takes great care to flesh them all out with complex detail and rich backstory; there is good and bad everywhere, and more shades of grey than most similar stories.

The overarching plot of the show is kicked off by seeing the uneasy and oppressive truce between Piltover and Zaun shattered thanks in no small part due to the actions of two sisters: Vi and Powder. Originally seen in flashback being rescued from a bloody battle between the two cities by father figure and Zaun patriarch Vander, Vi and Powder’s relationship is the scarred, beating heart at the centre of Arcane. Powder is the younger of the two and she yearns to be accepted and respected by Vi and her gang of juvenile thieves, all of whom feel like distinct individuals with specific personalities and layered motivations. This quality extends to the vast majority of characters we are introduced to in the first three episodes, including a Piltover scientist who is working on what many consider an impossible and dangerous dream: Creating a technology that would give anyone the ability to harness the power of magic, previously thought to be the exclusive province of mages. Voice acting by a mixture of video game veterans (Roger Craig Smith, who brought Ezio Auditore Da Firenze to life so well) as well as film and TV stars (Hailee Steinfeld and Ella Purnell as Vi and Powder respectively) helps in bringing everyone to life, and draws the viewer in to these characters’ lives. I cared about everyone almost instantly. By the end, I was supremely hooked.

The quality of Arcane’s character work is reflected in the rest of the show. The direction is excellent throughout, with some gorgeous framing allowing you to luxuriate in this world, and excellently staged action sequences peppered throughout to keep the pacing addictive and rewarding. Heady themes of fraternal and–especially–sororal loyalty and betrayal are woven into the fabric of the show, the plot of which also rests on a timely bedrock of class warfare. Simply put: This is a fabulously well made series. There is something in particular about the clever way it pays attention to action and consequence that puts it head and shoulders above the majority of its peers. I for one cannot wait for the next batch of episodes to be released to see if it can maintain this quality. If it can, then we’re seeing something really special happening.

Disclaimer: While every credit must be given to the writers, directors, and the rest of the creative team behind Arcane, the culture of the company which spawned it cannot be ignored. In an industry rife with rotten entities, Riot Games’ history of gender discrimination, sexual harassment, and worker exploitation still manages to stink to high heaven. So far, Arcane truly is a spectacular show, yet I find myself questioning whether I will be able to continue with it simply because of the implicit support such a company would receive from me doing so.

Airing for a woefully brief two seasons from 1994 to 1995, The Critic is an under-appreciated gem of animated satire focused on lampooning the...