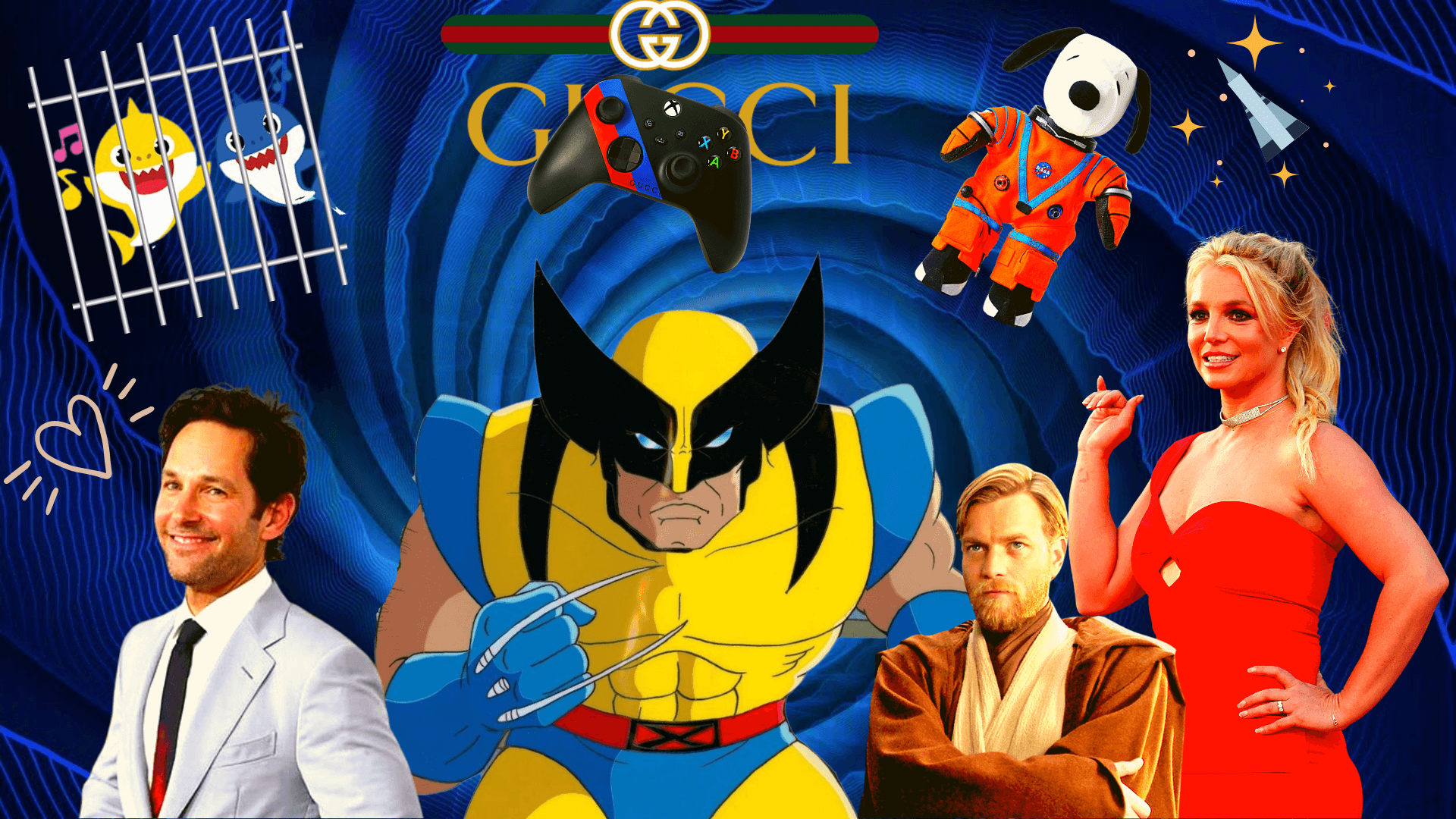 We did it, guys. We freed Britney. (I hate to be a buzzkill but at some point we may have to free her from her future husband, that sexy, tall glass of Vitamin Water, Sam Asghari. I don’t trust him. Not one bit.)

I’m totally on board with the adult toys Demi Lovato is pushing but I draw the line at conspiracy theories and lizard people from Atlantis. (Pajiba)

They claim this is an ancient amethyst ring worn by the wealthy during the Byzantine era as hangover prevention. I claim this ring is from Madewell and some teenager lost it while touring a winery in Israel. (CNN)

NASA is sending Snoopy to space and he’s not even a billionaire. (SlashGear)

I cannot express to you how excited I am about this old school X-Men series making a comeback. There’s about to be an 82% rise in screentime in our house. (Nerdist)

These guys got microchip implants in their arms that open doors, save medical records, and make payments. They call themselves “human cyborgs” so now I think we should refer to all microchipped dogs as “canine cyborgs” because it’s way more badass. (Vice) Paris Hilton also wore a wedding dress this week but for more selfish reasons like getting married. (People)

I cannot imagine the kind of patience it takes to create this intricate paper art. This artist must not have children. (My Modern Met) Inmates at a detention center in Oklahoma are suing the staff for forcing them to listen to “Baby Shark” for hours. I know how they feel and I hope they win. (New York Daily News)

You can finally stop playing video games like a poor peasant. Behold, the Gucci Xbox. (Engadget) Sour Patch Kids popcorn is happening and no one can stop it. (Mashed)

I know what you’re all thinking. Yes, there is a Hallmark Christmas podcast. Dreams do come true. (Plex)

Paul Rudd was shocked that he was named People’s Sexiest Man Alive. But what normal person wouldn’t be shocked being named Sexiest Man Alive? Alive. Sexiest man in America? Los Angeles? Your local church? I’d get it. Alive? You’re reaching but fine, I’m in. I love Paul Rudd.

There are so many new singles out and I could not pick one so here’s a list of all the new arrivals featuring Saweetie, Korn, Maluma, and my favorite, a Destructo remix of Dolly Parton’s “Jolene.” (Plex)

This headline was very misleading. Christopher Walken was supposed to paint over the original Banksy painting. Banksy himself agreed to do this for his “hero” to paint over to promote the new BBC series The Outlaws. For a second I thought we were going to cancel Christopher Walken. Moral of the story: Always read past the headlines, you guys. (Boing Boing)

You may not know this if you’re not a parent, but this kid Ryan has made millions off us with his obnoxious videos and I will never forgive his parents for exploiting him and us. Also I’m jealous I didn’t use my son to become rich and now it’s too late. He’s past his adorable stage. (Time)

I am still as confused as ever about this promo of Lil Nas X confronting his boyfriend on the Maury Povich show. (Out)

What fresh hell is this salad ravioli concoction? (TikTok)

Taylor Swift has betrayed me and teamed up with Starbucks to promote her new album Red (Taylor’s Version). You can order a “Taylor Latte” or “Taylor’s Version” which is a grande, caramel, nonfat latte. I know deep down inside, Taylor with all that money and access to quality coffee is not drinking that garbage herself. I will write a whole thesis on this if I have to. (USA Today)

Wally Mars (Jason Bateman) gets drunk at his friend’s insemination party and replaces her preferred sperm sample with his own. I believe this is a romantic comedy, but if it turns out to be a feminist revenge movie, that’s good, too. Nothing to see here. Just a man serenading a fox on his banjo.

Everyone stop and watch this. Not optional. pic.twitter.com/CeIzZQBhqF

Honestly, if Italy ever wages war against us over our pasta takes I wouldn’t blame them. We deserve it. There’s literally nothing easier than making spaghetti the way it’s meant to be made. (TikTok)

The International Church of Cannabis is in Denver, Colorado. All the deets here in this podcast. (Atlas Obscura)

An Obi-Wan Kenobi series is in the making for Disney+, which has gotten our resident Gist writer Cindy Davis all worked up, so I guess it’s a good thing?

Big Mouth takes on No Nut November. Yes, it’s exactly what you think it is and has nothing to do with actual nuts. (Salon)

The CIA is recruiting Gen Z and it’s probably the smartest move ever. No one is as resourceful or efficient as they are in finding information about literally anyone using just TikTok video clues. (Washingtonian)