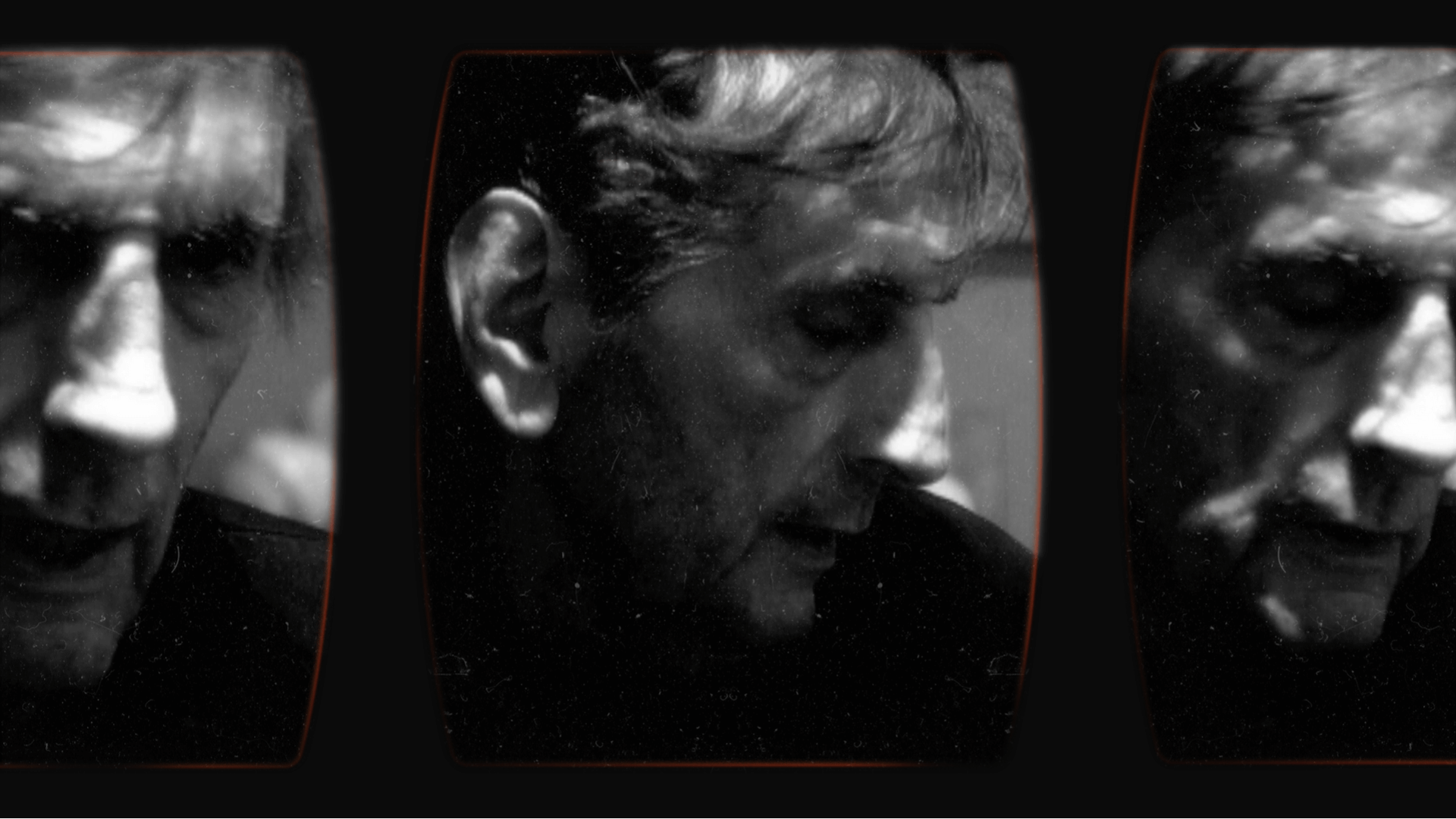 “I guess… there are personality actors that usually play themselves, in the sense that they don’t, uh, change their voice, they don’t do accents, they don’t wear outrageous or unusual costumes. They have a certain kind of personality that is very appealing, people like them.”

When I watched Peter Falk share this observation from his couch in front of a crocheted pillow that read “COLUMBO,” I’ll be honest — I teared up a little bit. “Why are you speaking in third person?” I wanted to yell (kindly) through my screen. “It’s you! You’re the one whose personality we love!”

There’s a hint in his voice that this isn’t exactly meant as a compliment, but possibly a dig at actors playing it safe for the sake of movie studio success. Yet, if there were ever a group who could make the case for the value of the personality actor, it would be the six subjects of Drago Sumonja’s 2009 documentary, Char·ac·ter. Alongside Falk, we get to watch Charles Grodin, Sydney Pollack, Mark Rydell, and Harry Dean Stanton reflect on their lives as performers as they are interviewed by Dabney Coleman. This movie is the definition of a hidden gem: No one I tell about it has ever heard of it, and everyone I tell about it has said, “Wow. That’s a cast.”

The set-up is simple: Each man sits in his living room and answers Coleman’s questions about his career and his craft, his neuroses and regrets. The film weaves in and out of related trains of thought, creating moments both poignant and hilarious.

Now, I’ll admit I came to this film with a bit of a bias.

I also recently bought a DVD of Paris, Texas without a second thought. Now ask me if I own any piece of technology that plays DVDs.

The other day I almost caused my roommate to be late to a Zoom meeting because I was determined that he hear my full recap of an episode of Columbo I watched a month ago.

I think you get the point. These guys… they’re my guys. If they’re your guys too, I bet you’ve already pressed play and I’m so happy for you. But if they aren’t (yet), I’m here to give you a little taste of why you should spend eighty-eight minutes with them.

The guys, in order of how much they made me want to cry. “I didn’t know anything but jazz and smoking grass.”

Let’s get this out of the way: This is the only guy who wasn’t already one of my guys. Although, doesn’t being simply “that other guy” in a film full of “that guys” make him the ultimate guy?

Two things I took away about him: He seemed like the only one who was really excited about the celebrity of it all, for which I simply can’t blame him. And he sort of, kind of took a little more credit than I liked for a Katharine Hepburn performance. Fun guy, but not one over whom I shed tears. “I spent years carrying imaginary suitcases across the room.”

If there’s one thing you need to know about Charles Grodin it’s that he apparently hated, and I mean HATED, acting schools. The man does not waste one minute of this documentary without getting this point across loud and clear. He earns a place over Rydell on my list not because he made me cry with sadness, but with laughter.

Grodin starred in films both classic and chaotic (Clifford, I’m looking at you), but perhaps his greatest role was as himself — or, rather, the argumentative and difficult persona he put on when sitting for interviews on talk shows. Seriously, it was an art.

He appears to continue this longstanding bit in Char·ac·ter, this time with the added boost of some truly incredible editing. His fellow actors make deep, personal revelations, at times even coming close to tears. And some of these scenes immediately cut to Grodin yelling about the need to relax. Or sharing how he can act out rage in a film, only to reveal that the film is Beethoven. Or passive aggressively not speaking ill of the dead, then naming them moments later.

When he says a casting team was glad his audition was over because he “brought so much animosity to the room,” you both believe it and wish you’d been there. This was one of the (or possibly the actual) last recorded interviews of Sydney Pollack — he passed away in 2008, over a year before the documentary was released. His comments are all the more poignant with this in mind.

With the French poster for his 1969 film They Shoot Horses, Don’t They? behind him, Pollack gets deep into the craft of filmmaking. He discusses how acting allows you to enrich (or escape) your own life by giving you so many others. How the liberal arts are a sure way to learn compassion. How directing is inextricably tied up in neurosis and pessimism.

It’s an education for anyone interested in film, and a striking final reflection from a prolific artist. These moments were, for me, the most surprisingly moving of the bunch. While the documentary was directed by Sumonja, it seems clear that it is Dabney Coleman’s show. Besides leading the interviews with his fellow stars, Coleman spends most of the film prancing around the Neighborhood Playhouse School of the Theatre like a proud principal.

Many of the scenes are humorous — particularly one in which he imitates James Caan’s walk eerily well — but overpowering all the slapstick is his deep love for the school and his community of actors. He shows us the corner where he had a small nervous breakdown before taking the stage for his first role, the lounge where he and his peers all revealed that they had been dreaming of nothing but acting for weeks, and the room where he first met Sydney Pollack (a story that moves him to tears).

His love for his work and his colleagues is so earnest, it’s hard not to be affected. “If you’re playing Napoleon and you think you’re Napoleon, they could take you away, you know…”

Watching Peter Falk in Char·ac·ter is a magical experience. With every anecdote, he marvels at his own good fortune to have had a life as an actor. “My day began at 5:30 in the afternoon when I left the office,” he remembers — that’s when he was able to head over to his first community theater gig. At times, he seems to forget that he’s being interviewed and begins to travel in his mind, as he speaks with reverence about the wonder of being on the stage. He finds such deep joy and satisfaction in performing that you almost can’t help sharing in it.

And at the same time, he’s Peter Falk! He’s as charismatic as ever, and will follow an emotional reflection with a conspiratorial lean-in, a quippy joke, and a laugh. Watching him feels like getting a warm hug and a mischievous wink all at once. What can I even say about Harry Dean Stanton in this film. He is on a separate plane.

An appropriate companion piece to Char·ac·ter is Stanton’s final film, Lucky, in which he portrays an elderly man facing (and learning to accept) the end of his life. It’s a deeply moving piece of art that, like most of his films, is heavily driven by who Stanton is. In Char·ac·ter, Coleman points out that Harry Dean is always Harry Dean in his films, but asks how he can decide whether to be angry Harry Dean, or sad Harry Dean, or joyful Harry Dean. Stanton is almost incredulous, responding, “It’s the whole thing. I’m all of that.”

It’s a striking line, as is his whole appearance in the documentary — even more so, I was surprised to find, than his performance as Lucky. While his companions seem comfortable theorizing about acting and sharing memories from their careers, Stanton seems to be under duress while addressing the topics at hand. He smokes, shifts around in his seat, and at times becomes argumentative with Coleman over the way the latter is approaching his questions about acting. In a particularly raw moment, he comes to the realization that he had thrown away a golden opportunity early in his career simply because he “didn’t want to do all that work.” Watching him grapple in real time with the legacy he’s leaving behind is not something I’ll soon forget.

There are playful moments too — a scene with his dog, Spanky, particularly stands out — but even when Stanton is joking around or poking fun, there’s a tinge of sadness. He really was playing himself all these years. And we’re so lucky to have seen it.

Vanishing of the Bees