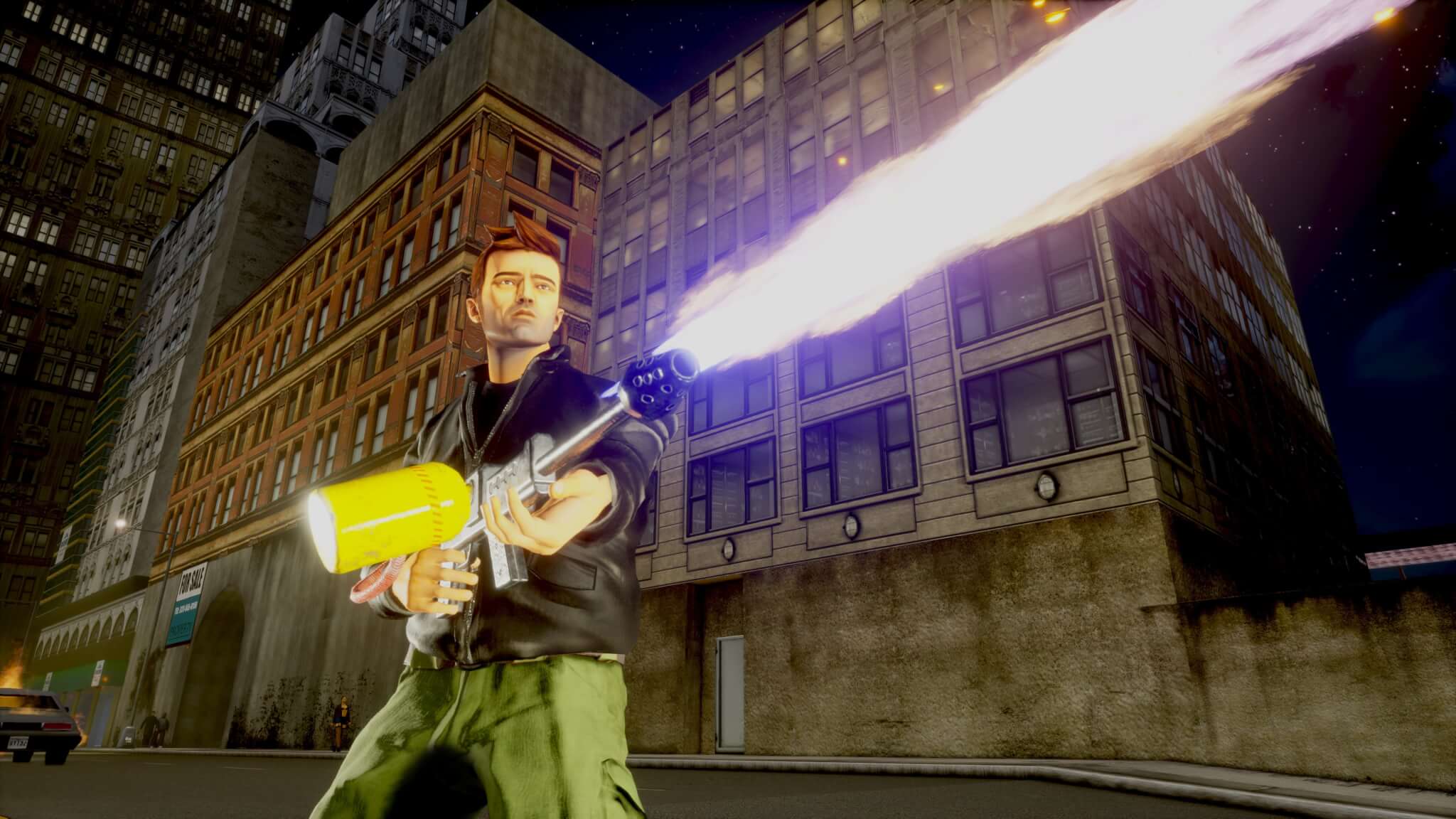 Remasters have the unfortunate reputation of being easy cash grabs for big game companies. A little upscaling here, prettying up some textures there, maybe a pinch of improvements to the UI, and bam — you’re gold. The rest of the game’s appeal will be fueled by nostalgic memories of our youth.

However, reality has shown that even “easy” remasters can be very difficult to manage. Last year, Warcraft III: Reforged became the prime example of a remaster going wrong. The game’s development was ridiculously mismanaged and scantily funded, reported Bloomberg, resulting in a product that over-promised and severely under-delivered.

This year, it’s Rockstar Games’s turn to take the crown.

Grand Theft Auto: The Trilogy – The Definitive Edition released on November 11 for all consoles and the PC. By November 12, Rockstar took down the PC version of the game to “remove files unintentionally included in these versions.” PC players were unable to play the game they purchased for about three days.

The Rockstar Games Launcher is now online, but GTA: The Trilogy – The Definitive Edition is unavailable to play or purchase as we remove files unintentionally included in these versions. We're sorry for the disruption and hope to have correct ones up soon. https://t.co/NiMNXUKCVh

Oof. This is definitely not how the launch of a beloved game from a beloved series should go.

But I’ll get to the reason why Rockstar removed GTA: The Trilogy later. There’s a whole list of other complaints to get through first.

Reviewers didn’t get a review copy before launch One of the first signs of trouble for any game is when the developers don’t offer review copies to reviewers. Oftentimes it’s an indication that the developers are worried about bad reviews before the release date.

By refusing to give anyone something to review, buyers won’t be able to check online to see if the game was worth buying before launch. And it worked; IGN had to delay its review to a week after release to give the author time to play through all three games. Destructoid has a review that’s still “in progress.” Forbes noted the lack of review copies and called it “a bit strange.”

Fans thought it was weird, too. Users on Reddit speculated that the silence was due to a review embargo — although doubt was beginning to settle in. “I’m just hoping it’s not a red flag,” wrote one user. Oh, dear.

The PC version of ‘The Definitive Edition’ needed its own launcher

Here’s my bias kicking in: I dislike it when developers force me to use their own game launcher. (Especially if I bought the game on a digital storefront like Steam.)

But there’s no use complaining about it. A lot of companies are in love with using launchers for security or anti-piracy reasons, and I can’t deny that I’ve got whatever launcher I need to play games on my computer.

The GTA Trilogy release showed why these launchers can suck. The Rockstar Games Launcher is only required for PC players; when Rockstar took The Trilogy off the launcher for maintenance, PC players couldn’t play the game they paid for. This lasted days.

Meanwhile, console players were still playing without interruption because their copies didn’t use the launcher. In this case, he with the launcher was the loser.

The new artstyle changed the look of the characters

The new artstyle received a lot of mixed or mostly negative comments from fans almost immediately upon release. The original games aimed for a realistic style despite the limitations of the consoles at the time. The Definitive Edition pivoted from that look to something that appears more cartoony in comparison.

This changed the looks of some characters, especially the NPCs. One comparison screenshot posted by user Paul277 on Reddit shows an older man from the original becoming a young guy with nary a white hair on his head in the remaster.

The “retouched” graphics also created some awkward scenes where faces looked ridiculously off. As if the developers went too far with smoothing out the characters’ features.

There are also instances where the new graphics completely changed a character’s expression, as pointed out by user Excellent_Log on Reddit.

Personally, I don’t think the new Tommy (man in blue) looks that bad. But a change in expression can alter a scene quite a bit, so I can understand why fans might dislike it.

Removing fog and adding too much rain

In older 3D games, fog was often used to obscure the edges of a map or reduce the amount of scenery rendered or just to create a sense of scale and distance. Remastered games that remove this fog — one that comes to mind is the Silent Hill HD Collection from 2012 — usually stir up fans who either love it or hate it. Clearing up the view is like lifting the veil a bit, and not everyone likes that.

So weird seeing this all at once. pic.twitter.com/AwnrA5P19e

The Trilogy’s rain also came under fire for being very difficult to see through. It’s particularly rough when it’s night, when the white “raindrops” contrast so starkly against the dark environment that it’s completely disorienting.

This is the worst looking rain I've ever seen in a video game. pic.twitter.com/JF8DrZ2Nd8

The Definitive Edition has some awkward typos that got fans speculating whether they were done via A.I. upscaling. One screenshot comparison showed a sign that originally said “flavored coffee” and “espresso” changed to “raden coffee” and “depresso” in the remaster. (The next time I grab a coffee to soothe my bad mood, I’m gonna call it a “depresso.”)

Another screenshot turned “air guitars” into “AR guitars” and misspelled “available.” A character’s tattoos floated above his skin. Numerous little mistakes like these added fuel to the fire and convinced some fans that Rockstar Games seriously slacked off with this remaster.

Don’t even try it on the Nintendo Switch

Nintendo Switch reviewers quickly came out with their verdicts once the game dropped: Buyer beware. Apparently, The Definitive Edition performs extra terrible on the Switch.

VGC had similar complaints. “The frame rate is horrible, it’s so blurry you’ll think you’re actually playing on a CRT and the loading times are atrocious.”

Original versions of the games removed from online stores 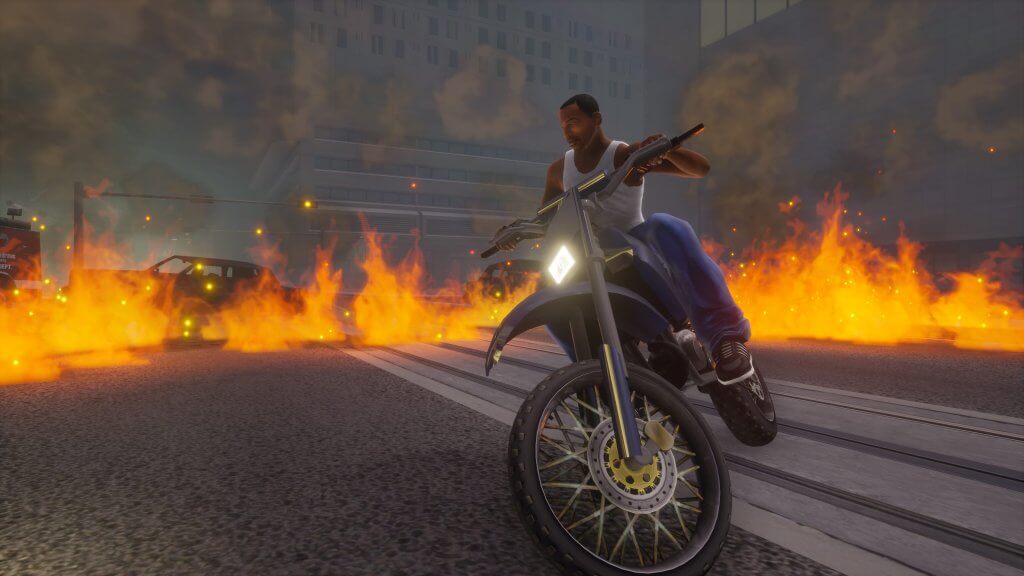 The easy way to soothe the disappointment caused by a bad remaster is by refunding and grabbing the originals instead. But that’s not possible this time around.

Before releasing The Definitive Edition, Rockstar Games took down all of the original titles from other online storefronts. Right now, the only way to replay the originals is by getting the old console versions instead.

If you’ve already bought the originals on Steam, they should still be in your library. But you’re out of luck if you’re missing any of them.

Parent company on a rampage against mods

One of the biggest and most refreshing ways to enjoy an old game is by prettying it up with mods. The Grand Theft Auto modding community spent years — over a decade, even — creating mods that upgrade the graphics, gameplay, environment, lighting and shading, and other quality of life improvements. Modding was (and still is) a labor of love that kept the games alive.

Naturally, that meant Rockstar’s parent company, Take-Two Interactive, wanted to shut it all down.

Whatever your opinion on the GTA Trilogy Definitive Edition is, let's not forget Take-Two took down several decade old mods and sent a few lawsuits because Rockstar was going to release… this.

Take-Two didn’t give a particular reason for the DMCA takedowns, but many users began to suspect it was because of an upcoming remaster. Their guesses proved to be right, which bodes ill for the recent takedowns of GTA IV mods. Could a GTA IV remaster be in the works?

The loss of mods and the removal of the original games was a one-two hit for GTA fans. The final blow came when The Definitive Edition didn’t live up to expectations.

The PC version was down for three days

Not being able to play a game over launch-day weekend is, admittedly, a “first world problem.” It’s still a bummer, though. And it’s definitely not the way to earn any customer’s affection.

On Twitter, Rockstar Support explained that The Definitive Edition was taken down to remove some files that were “unintentionally included.” The company didn’t go into further detail, but some fans suspected they were talking about certain no-longer-licensed-for-use song files, code with developer commentary included, and/or remnants of the infamous “Hot Coffee” minigame that was cut from the original.

The PC version of GTA: The Trilogy finally came back by Sunday evening, November 14.

Grand Theft Auto: The Trilogy – The Definitive Edition is again available through the Rockstar Games Launcher for play and purchase. We sincerely apologize for the inconvenience, and are working to improve and update overall performance as we move forward: https://t.co/hAfEKqYS3o

Is there really nothing good about the game? The Trilogy is not 100 percent terrible, despite how it may sound. Some players have praised the remastered environments — particularly the forests. The improved lighting stands out as well, giving explosions and neon lights a nicer glow. There’s also some good quality of life improvements, as noted by critics. The controls were updated to a more modern, GTA V feel, and mission checkpoints have been another welcome addition.

But are these improvements worth $60? That’s up to the individual. I’ve seen a couple rare comments say $20 per game for a total of $60 is not a bad deal. Others believe it’s too expensive for a new coat of paint. A few feel that The Trilogy is still enjoyable once you start playing because the games themselves are fun. Yet others find that the performance issues are too much to enjoy anything.

Whichever side one stands on, I’m probably not alone in thinking it’s a damn shame the release of Grand Theft Auto: The Trilogy – The Definitive Edition ended up stumbling this hard.

Kid Pix: Hypnotizing Users With Its Funky Sounds for Over 30 Years

Go back to your childhood and make some art!