Every room in my house is a crying room. You’re not special, Spain. (Reuters)

Is Facebook changing its name to Meta the same as me renaming broccoli “cute little edible trees” to trick my kid into eating it? Because let me tell you it has never worked. At least the backlash is hilarious. (Esquire)

Nicole Byer’s podcast Why Won’t You Date Me is as funny as you’d expect. This woman does not ever disappoint and the world needs more of her. (Plex)

I really hope someone is generous enough to give these to the kids in our neighborhood. Parents deserve a treat too and cannabis candy is not cheap you guys.

Our earlier Tweet lacked context & has been deleted. The packaging of some cannabis edibles and hemp derivatives share an likeness to well-known snack foods and candy. If children mistakenly eat these products it could lead to an accidental overdose. https://t.co/df5Q39RgKj pic.twitter.com/l0dtqoZKCj

Lana Del Rey took a social media break and has now released her new album Blue Banisters. If I stopped searching “why is Joel McHale hot” on Twitter all day I would also release an amazing album. (Plex)

“Munnlaney” is still going strong despite the rumors of their break up last week. (Complex)

B.J. Novak’s face appearing on random products is the The Office episode that never happened but we wish it did. (New York Times) Hiking is stupid so I’ll never find myself stranded without service in middle of nowhere but for the rest of you, this viral “emergency tip” is not accurate. Also we have roads and cars for a reason. (AP News)

Another stupid thing you won’t find me doing is giving up my royal status to marry my college boyfriend. Good luck unpacking this with your couples therapist in five years, Princess Mako. (BBC)

The Gods have blessed us with another season of Tiger King coming to Netflix November 17.

Poop friends. Who are they? Do we need them and why? Invisibilia answers some of the pressing questions that we did not have but are glad to see answered nonetheless. (NPR)

Believe it or not, Iran is more than just nuclear weapons and misattributed Rumi quotes on Instagram. There are beautiful landscapes and architecture like Tagh Behesht which is described as “a marriage between culture, history and the modern needs of the citizens.” (Inhabitat) Meanwhile at my alma mater, UC Santa Barbara, a 97-year-old billionaire turned amateur architect donated $200 million dollars to the school on the condition that they follow his blueprint for an 11-story, windowless structure that will house 4,500 students exactly as it is. His goal is to force students out of their rooms so they collaborate with each other in common areas. Rich people are the worst. Just launch yourself into space like a normal billionaire already. (Santa Barbara Independent)

I saw these at Target today. No, I did not buy them. And yes, I do regret not buying them. Buzz Lightyear is upgraded to Chris Evans in the new Pixar origin story about the person the character is based on. (Variety)

In this week’s edition of “what horrible thing is John Brown Spiers going to send me” is an article about a flesh-eating STI that causes “beefy red sores.” Please send all complaints directly to him. (USA Today)

There’s a video game version of A Quiet Place coming out in 2022. I hope there’s a feature where you can be the monster and murder Jim Halpert the second he makes a sound. (Distractify)

Brian Cox giving zero fucks and going off about celebrities in his new upcoming memoir is my new kink. (Pajiba)

I’ve been saying this for years. Being caffeinated and drunk is the most efficient way to go about the day. Imagine what you can accomplish with all that uninhibited energy. (Lifehacker)

This is the cutest thing I’ve ever seen.

Who is ready for puppy pandas?

Gal Gadot and I are basically the same. She filmed parts of Wonder Woman while pregnant and I was also pregnant once. Twinsies. (The Gist)

I don’t think most people remember ever “delightedly flipping through the fresh pages of a new dictionary” as a kid. Can we stop with the “millennials are obsolete” conversation now? And I’m not just saying that because I’m an obsolete millennial. (LX)

On one hand, my dead dad would have found it hilarious if I was an influencer who used his funeral as a photoshoot. On the other hand, this girl is the absolute worst.

this Instagram model’s father passed away,,,, and she did a photo shoot with the open casket…. pic.twitter.com/u1EVNxaajz

Allow ARTivist Nikkolas Smith to restore your hope in humanity. (My Modern Met)

Fried egg on rice is honestly the absolute best and most underrated comfort food there is. (TikTok)

I’m not gonna knock this hot dog flavored candy cane until I’ve tried it. Which will be never. I will never try this. (Boing Boing) 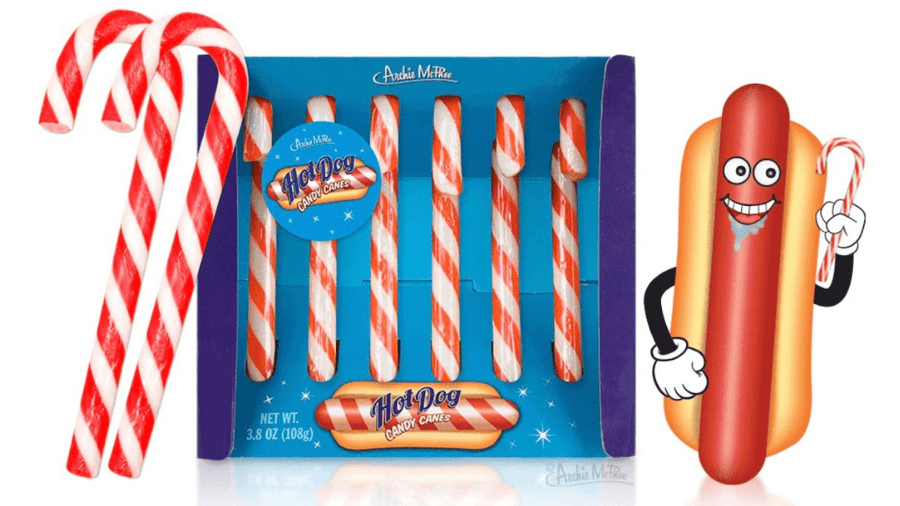 I’d like to pitch a movie about these 4,000-year-old mummies in China’s region of Xinjiang starring Scarlett Johansson. (Inverse)

I watched and studied this short video of every pop culture Dune reference so no one accuses me of not being cool. I’m one of you now. (Nerdist)

George Carlin is the GOAT and you’ll never convince me otherwise.

George Carlin… It’s Bad for Ya! I’ve been angry before but not “cut the support rope of two painters working on a high rise” angry like this woman in Thailand. (AP)

A Chicago-based startup raised $100 million to replace glass refrigerator doors at Walgreens with “Cooler Screens” for absolutely no good reason whatsoever. They moral of this story is to never give up on your stupid, pointless dreams. (Core77) The Emmys: You’ve Seen This Show Before