There exists in popular culture what I consider to be “an invented college.” That is, over the decades as college movies have been cranked out post Animal House, we have created a fictional version of college wholly removed from the actual experience. A simulacrum of sorts that anyone would recognize, but itself exists outside of reality.

I was recently tasked with revisiting National Lampoon’s Van Wilder. Van Wilder is the most 2002 thing to ever exist. It heavily features Teck from Real World: Hawaii. If you remember, that’s the season where Ruthie gets alcohol poisoning in the first episode, and they have to call an ambulance. 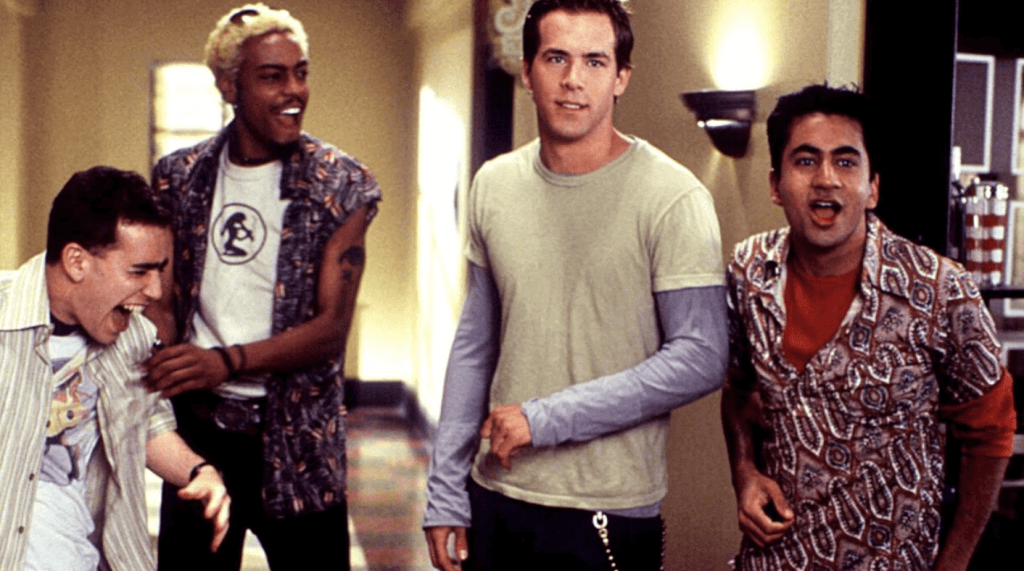 Anyway, Van Wilder is full of all the crude and offensive punchlines you’d expect from an early aughts college comedy, but that in and of itself isn’t really remarkable. If you’re struggling to find any upside of the past twenty years, at least take comfort in the fact that it’s unlikely that any new major motion pictures would feature an Indian character named “Taj Mahal” for a gag.

Van Wilder tells the story of the titular slacker protagonist—an impossibly cocky and charismatic campus hero in his seventh year of college–who struggles to pay tuition when his wealthy father cuts the purse strings. It stars Ryan Reynolds as the character he would go on to play in pretty much every subsequent role.

What I found interesting while watching Van Wilder is that there exists this concept of the college experience that is completely removed from reality. I’ll list a few of the common tropes:

Overly elaborate theme parties and lots of costumes.
No one ever attends class.
Pranks. So many pranks.
Convoluted schemes to raise money.
Some sort of tiered social hierarchy with clearly defined lines and social groups.
Everyone knows everyone.

We even get to see a young Aaron Paul. Hey, Jesse Pinkman! 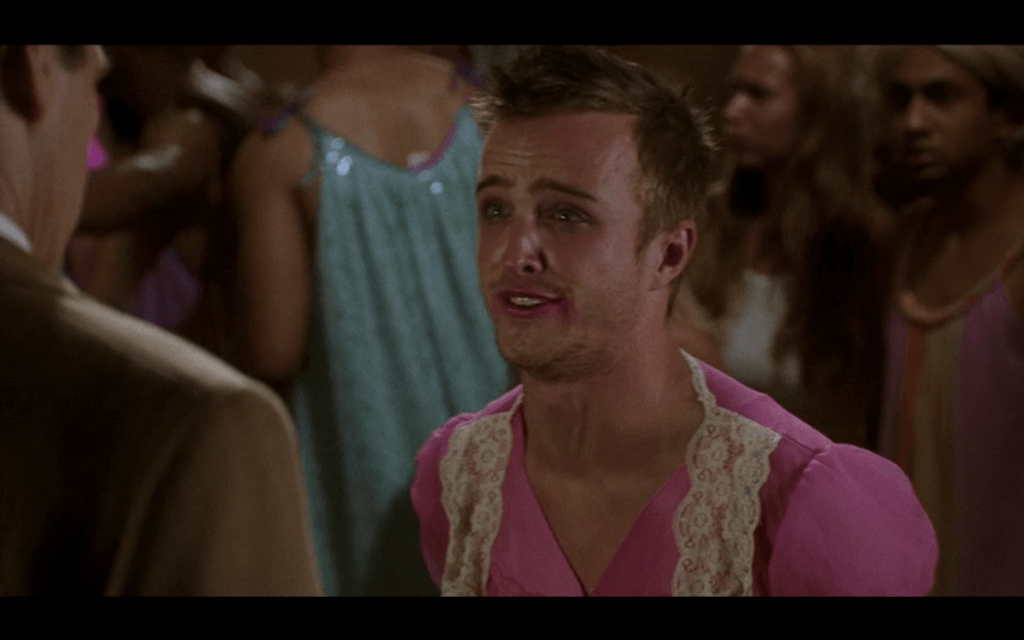 I also think the elaborate and constant pranking is just a way to make these movies more entertaining compared to real-world college pranks that rank from the uninspired to emotional and physical abuse. It’s difficult to really mine that for laughs.

But what I think is compelling in all of this is how the characteristics of the college comedy subgenre expose some difficult truths about college. We avoid actual classroom scenes in these movies because of the stress and anxiety associated with being in school. Whether you attended college or not, how many years after graduation were you still dreaming that you forgot to study for a test?

The clearly defined social groups we see in college movies usually fall along the lines of nerds, jocks, elites, slackers, punks, frat boys, socialites, sluts, and mean girls. These groups are so well established because it’s a movie shorthand for quick characterization. But I also think it reflects how many college students struggle with understanding their own identities. You’re probably away from home for the first time, confronted by new ideas, and your self-perception is in flux. The invented college removes that anxiety by assigning you a designated social group with shared characteristics.

At the core of a large portion of movies like Van Wilder is financial insecurity for students. Different films have approached this in different ways. Soul Man infamously featured its protagonist in blackface in order to get a scholarship reserved for Black students. PCU centers on a large concert aimed at raising funds to maintain student housing. And Van Wilder sees our main characters working through a series of money-making schemes so that its protagonist can finish out his seventh year in college.

This recurring theme keeps popping up for two reasons: The need for money is inherently dramatic and relatable. It’s also very real for those hoping to earn a better education. But here’s where we see this invented college diverge from the actual thing.

As we see in Van Wilder, there is always another scheme, another grift, to pay tuition. And it’s fun and revolves around the main character’s strengths and interests. No one ends up working as a janitor or taking out massive loans. Our main characters aren’t crushed by the financial and academic burdens. They are energized by them.

All this isn’t to say that any of these movies can’t still be enjoyed. Fantasy and escapism are a big part of what film is all about. Instead, think about what all these movies have in common and how that differs from true life.

It’s neat that we can create a world where our problems are so easily solved. It’s unfortunate that we have to do so in the first place. 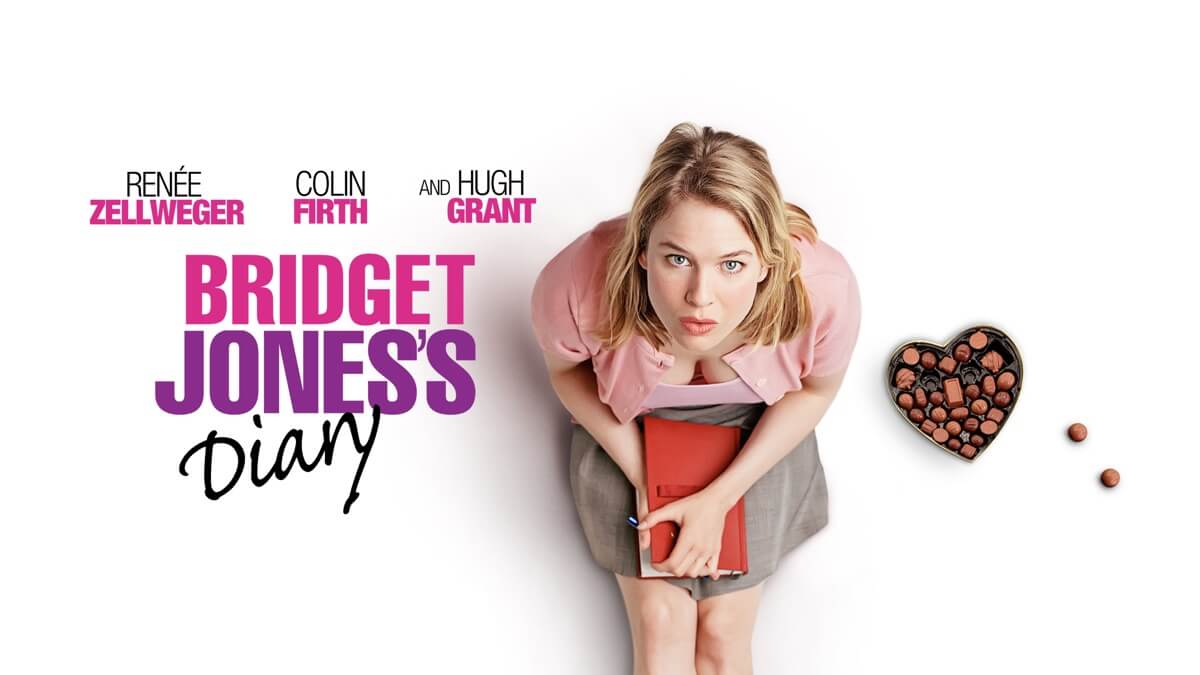