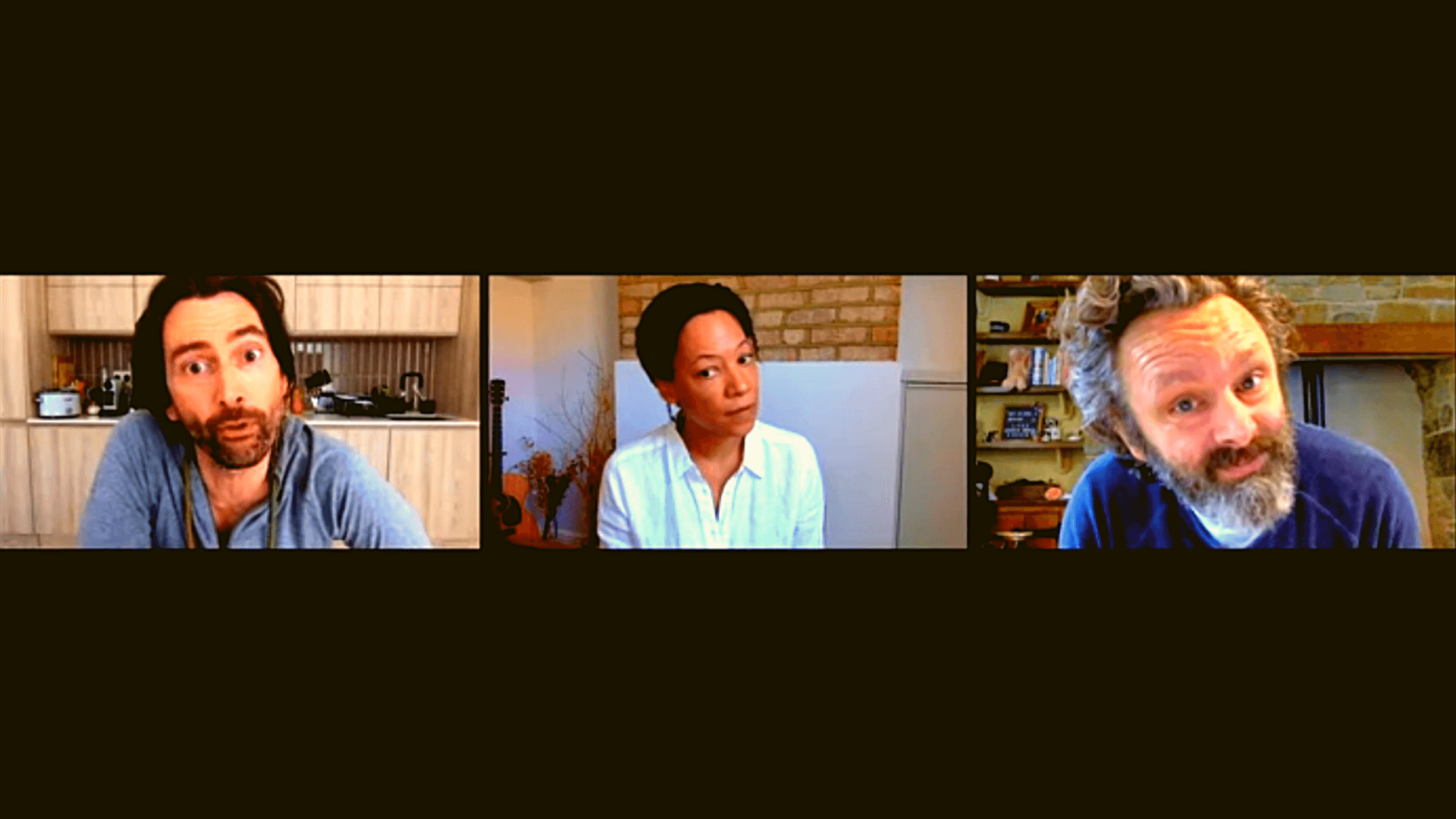 If there’s one lasting phenomenon that unifies the people of the developed world coming out of this pandemic it’s Zoom fatigue. The nearly omnipresent set of Brady Bunch boxes in which so much of our vocational life exists. If I never have to see another friend, colleague, or family member in a box on my screen, I’ll consider myself a lucky man.

Which is why I thought I’d probably not be in the mood for Staged, a show on Hulu which centers around two actors, Scottish David Tennant and Welsh Michael Sheen, as they Zoom chat with each other. I thought nah. I’ve had enough of Zoom and Google Meet and Skype and whatever other godforsaken video platform that allows my coworkers to study the relative messiness of my office in real time. No thanks.

But I’m here to tell you, to urge you, not to make the mistake I did. Don’t wait on this show. It was shot in 2020 but not released in the USA until last September and I unfortunately wasn’t even aware of it when I wrote my Top 50 Shows of 2020 list. It’s a shame because it would have certainly been up near the very top. Staged captures a series of Zoom sessions between Tennant and Sheen as they ostensibly plan to rehearse to perform Pirandello’s Six Characters in Search of an Author, but most of the time they’re just messing around. The play is directed by Simon Evans, who plays himself, and what we get is sort of a play within a play.

You’ve probably never heard of Evans. Don’t worry, neither of the two leads have either, and they’re very quick to let him know it.

Tennant’s and Sheen’s wives play themselves and the show is absolutely littered with cameos. I don’t want to ruin it for you, but the cameos alone are worth the watch. Over the course of the series, both leads unravel in different ways, without any grace at all, which provides sort of a blanket forgiveness for the rest of us who have had to endure the pandemic and all the challenges we never hoped to have to contend with in the first place. Let me say that I can’t imagine that Staged is for everyone. It’s a thinker. It’s nuanced. It doesn’t follow conventional norms around what constitutes a show. If you need a lot of plot, action and locations, this is not the show for you. Like, if 24 or NCIS: New Orleans or Chicago Fire is your favorite show? You can probably safely skip Staged.

But if you’re more of a Barry or Party Down or Arrested Development person? Staged might very well hit your sweet spot. Season one is 6 episodes, season two is 8 episodes, all of which have a run time around the 20-something minute mark. If you miss live theater at all, grew up around actors, or just love pompous, self-important bastards, Staged is going to give you belly laughs through both seasons. If you aren’t already in love with the talent, wit, and self-effacing brutality of Michael Sheen and David Tennant, I guarantee you will be by the end. They’re amazing, and ultimately the pandemic wins again by forcing us to rethink, rework, and recalibrate, and in doing so, offers up this precious little gem of a show.

What We Did on Our Holiday