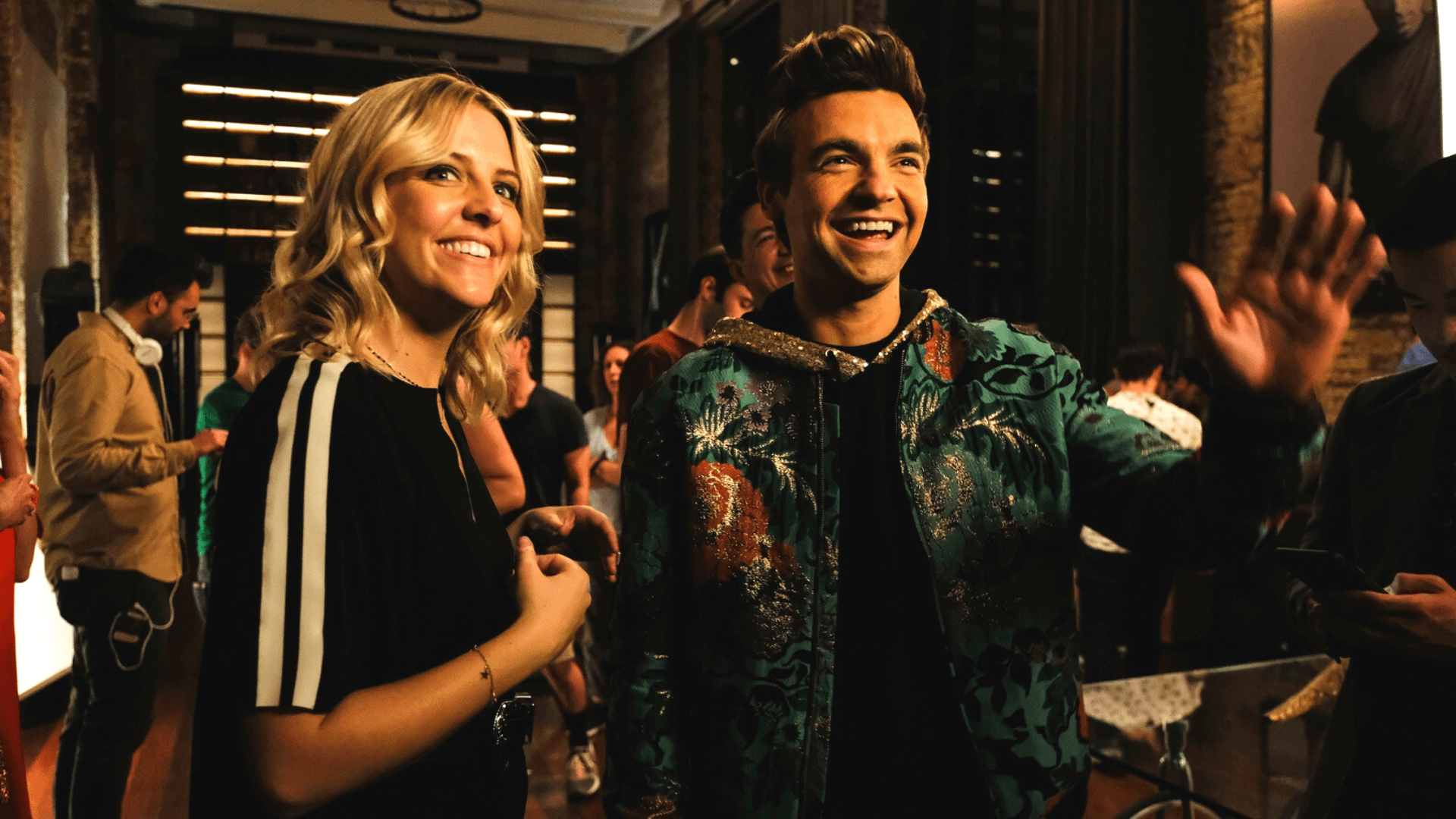 It has come to my attention that I must issue a formal correction. In an article published on June 18th of this year, I listed 35 overlooked musical numbers that deserved more love. Yet, in doing so, I myself overlooked one of the greatest artists of our time: ChaseDreams.

He has style. He has talent. He has charisma. He has the swagger of a thirteen-year-old because he is thirteen years old. He has a gay brother. He IS the moment.

Unfortunately, at the time of writing my woefully incomplete list, I hadn’t had the joy of watching this teen heartthrob take the world by storm in Comedy Central’s The Other Two. Fortunately, I’ve since remedied this — and now I’m here to ensure no one else makes my mistake. Consider this your intro, then get to binge-watching before the second season premieres (on its new home, HBOMax) today. 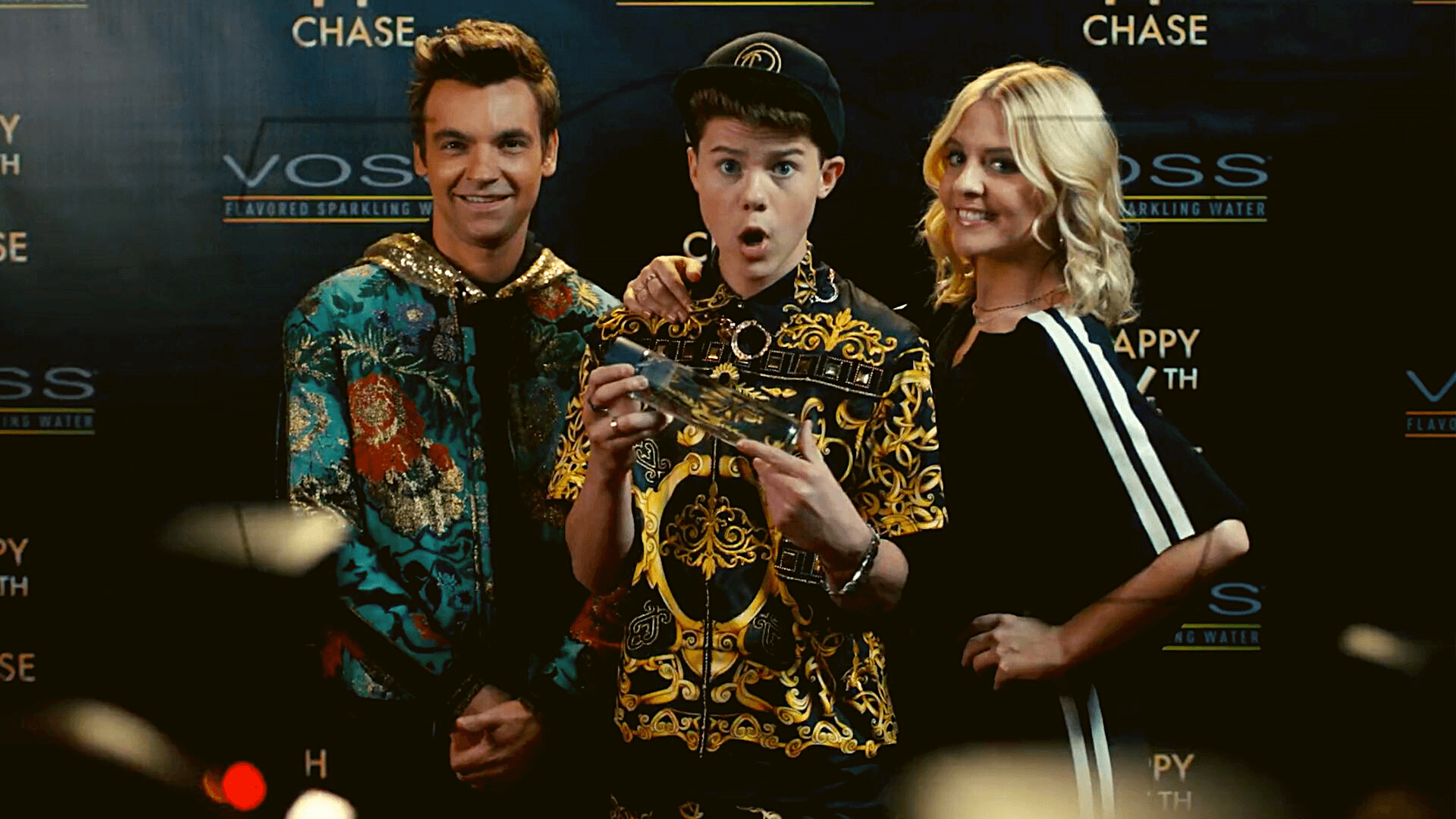 The first season of The Other Two aired in 2019, and tells the story of the Dubek siblings, Cary (Drew Tarver) and Brooke (Heléne York). Both are struggling to navigate the cusp of their 30s when their little brother Chase (Case Walker) suddenly rockets to stardom via YouTube, Bieber-style. Dubek matriarch Pat (Molly Shannon) flies her pop prodigy son from Ohio to New York City, where they rent Justin Theroux’s truly horrifying apartment and begin an aggressive launch of the teen’s stage persona, ChaseDreams. Practically overnight, the Dubek family becomes the Dreams family — Cary and Brooke’s own struggles now must take a backseat to their brother’s career. 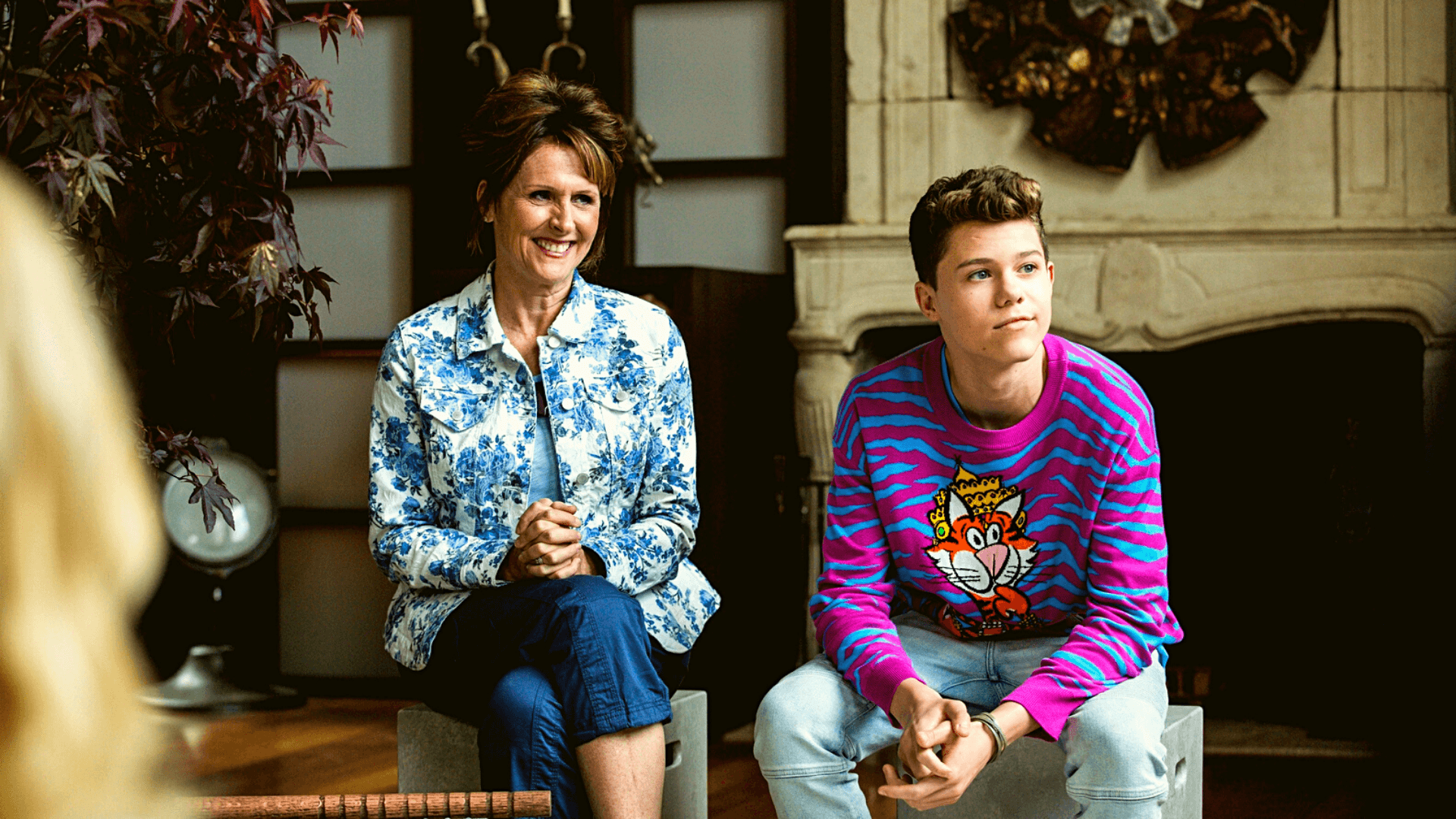 While few topics are safe from The Other Two’s skewering, it is first and foremost a send up of the absurdities of the music industry. Chase is hurled into the hamster wheel of superstardom and promptly loses what small bit of autonomy a thirteen-year-old can claim. He is told exactly what to wear, where to be, and whom to date. Not even his music is his own — it all feels very “Friday” by Rebecca Black.* These focus-group-tested, mom-approved songs include “Marry U At Recess,” a lifelong commitment made between middle schoolers, and “Stink,” an ode to club-induced body odor. “Stink” also has two remixes — this child honestly loves a remix more than Dua Lipa.

*Author’s note: “Friday” by Rebecca Black is good, actually. So are “Marry U at Recess” and “Stink” and the “Stink” remixes. I am the target audience for focus group music.

There is perhaps no better encapsulation of the industry machine, though, than the journey of ChaseDreams’s sophomore single: “My Brother’s Gay and That’s Okay!” This song, which sounds like a bot was made to watch a bunch of Macklemore videos and then to create a song to act as a backing track for a Macy’s Pride month sale commercial, is about how cool Chase is with Cary’s brave choice to kiss men. The song travels through the nine circles of LGBTQ marketing strategy — going from being embraced by Ellen to being discarded as passé to being revived as camp thanks to a Countess Luann retweet. As with much of the humor on The Other Two, this voyage happens so quickly, contains so many in-jokes, and lampoons so many different elements of our media consumption all at once that it leaves you spinning and laughing in equal measure.

Now, the chaos that is ChaseDreams’s career makes a bit more sense when you consider who makes up his team. His manager, Streeter (Ken Marino), and record label exec Shuli (Wanda Sykes) seem to be in constant competition for who can care less about their charge’s wellbeing. In my opinion, Streeter is the clear winner of this contest. In no particular order, this man: tells Chase to eat a dozen raw eggs to bulk up, hands out surge protectors as ChaseDreams swag, binds Chase’s Adam’s apple to preserve his youthful appeal, uses his *own voice* for a lip-synced ChaseDreams performance, and — the worst offense of all — creates the hashtag #CHOM (Chase Prom). Streeter is a menace. 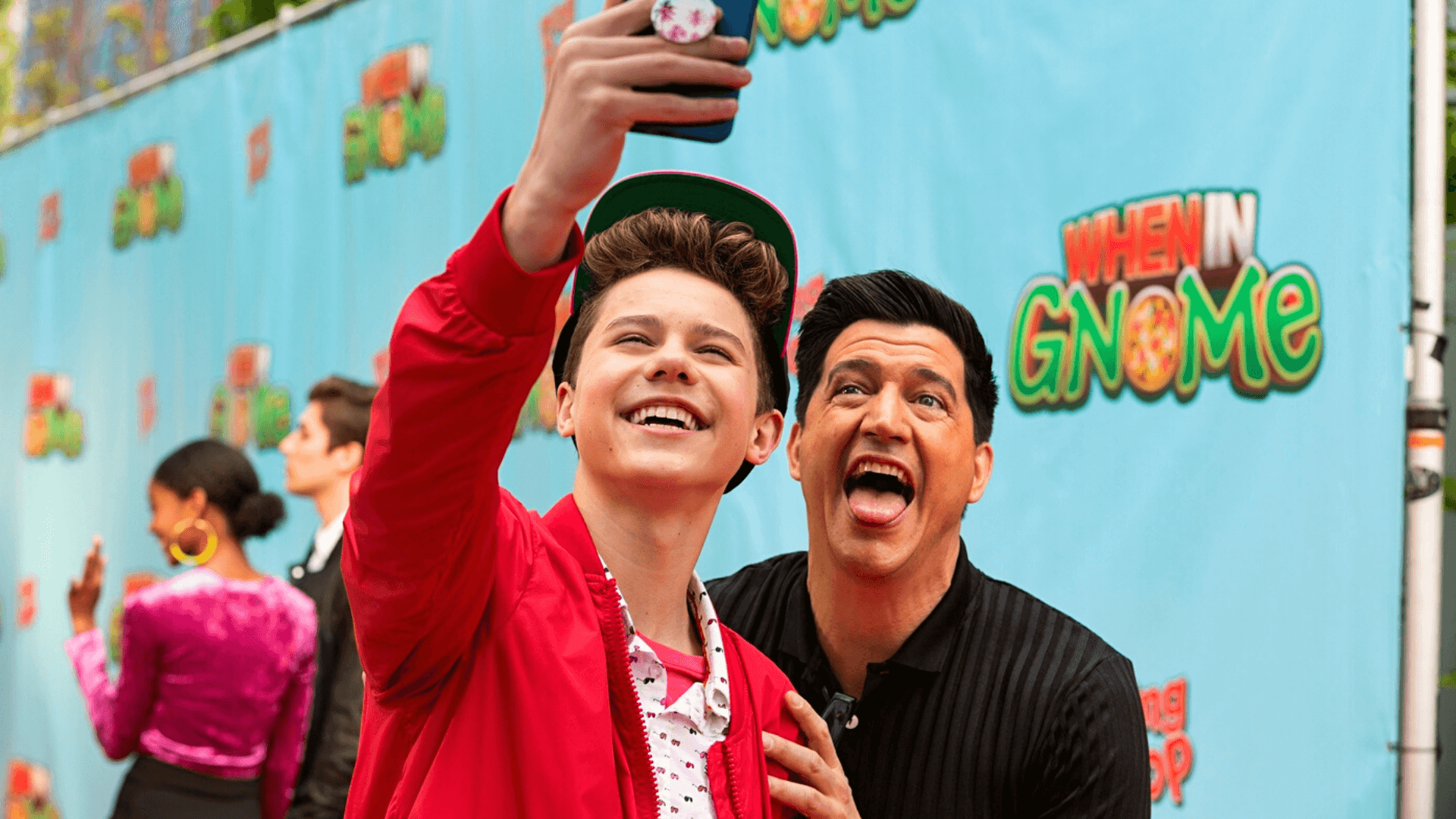 If it weren’t for Marino, whose performance injects a pathological yet strangely endearing need to be liked into all of Streeter’s actions, the manager would be unbearable. And this is another of the series’ greatest strengths: its casting.

Every single actor on this show is absolutely killing it. To start, we have the core duo: the titular Other Two, Brooke and Cary. Over the course of ten episodes, we watch Brooke grow up and Cary fall apart. Neither journey is particularly attractive for them — there are plenty of rough patches and poor decisions made. Yet, Drew Tarver and Heléne York move so effortlessly from being hilariously insufferable, to cautiously vulnerable, to fiercely protective over Chase that you can get past even their lowest lows.

The supporting roles are just as enjoyable. As for the teen sensation himself, Case Walker plays Chase with a genuine goodness that makes you actually believe he could get through a career in the industry with all morals intact. Wanda Sykes deadpans some of the most ridiculous lines imaginable as ChaseDreams’s profit-focused publicist. Josh Segarra, playing Brooke’s ex-boyfriend Lance, is the ultimate himbo (with dreams of designing sneakers). And Molly Shannon covers every single mom stereotype — from owning quirky little humor pillows to calling this her “year of yes” — while also revealing the cracks of a deeper sadness she’s trying to suppress.

Then there are the cameos. We get Kate Berlant in the role that made her a Twitter meme. We get the iconic Jackie Hoffman as a former extra on ER who accepts $3 to be ChaseDreams’s body double. We get Richard Kind as Cary’s agent, who is so bad at his job that he has to work approximately one hundred side gigs. And we get Patrick Wilson playing Patrick Wilson, which is honestly all we could ever want from a show. 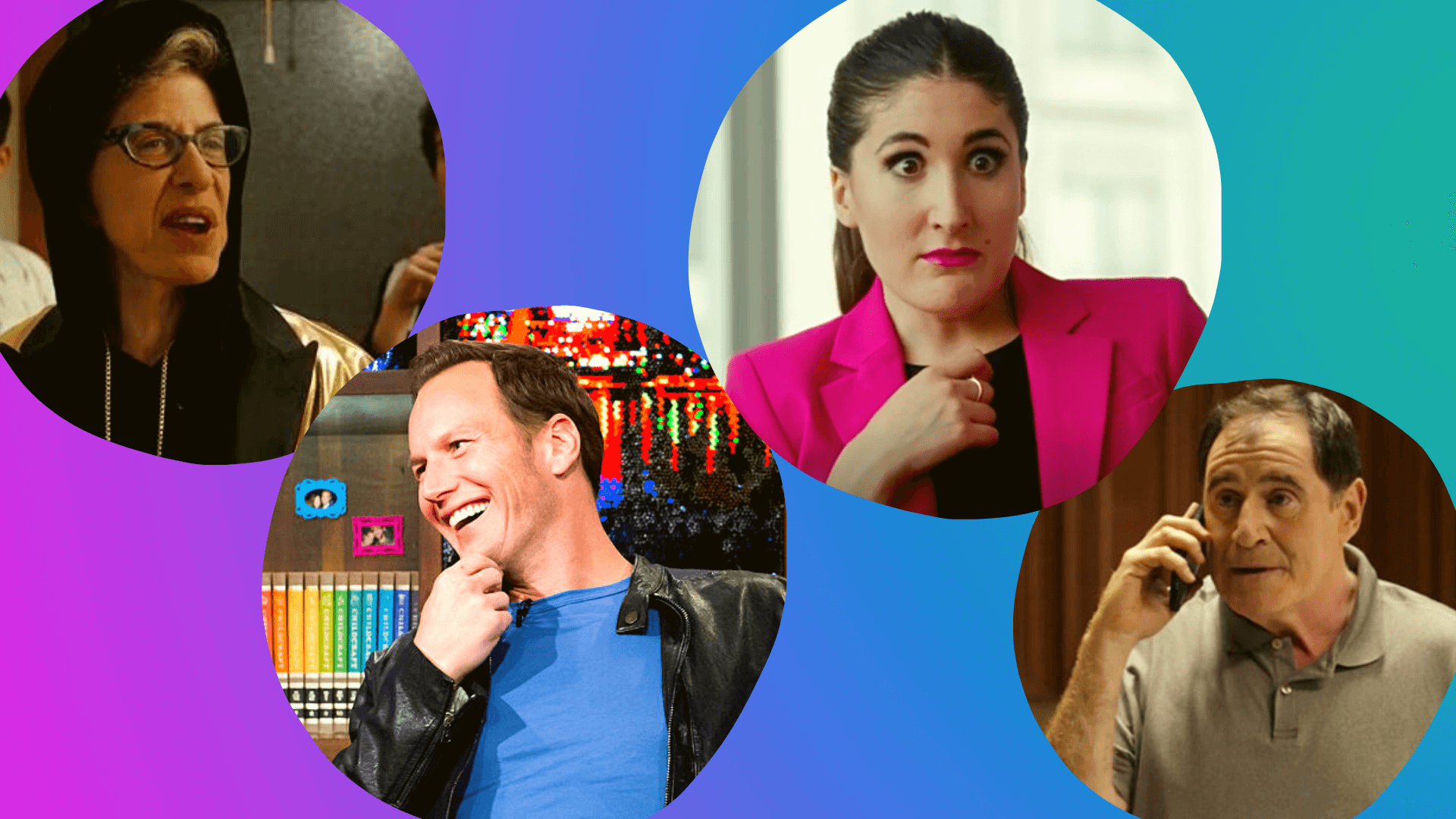 Now, the title of this article is about this being the funniest show on television, so let’s talk about just how funny it is. To put it in perspective, I almost never laugh out loud at shows or movies. Even when I find something hysterical, I’m just not usually expressive in that way. So when I tell you… I was fully shrieking with laughter throughout every episode of The Other Two. Like, truly howling. I would apologize to my roommate, but my laughter was one of the reasons he decided to watch too — so actually he should be thanking me for the racket.

What exactly was I laughing over? Primarily, the rapid fire references that barely leave you time to breathe. Whether it’s the nearly once-per-episode mentions of the Real Housewives franchise or Cary’s full reenactment of the end credits in Call Me by Your Name after a mildly painful breakup, fellow pop culture connoisseurs will be hard pressed not to find something (but more likely many things) that parodies their favorite media or celebrity. 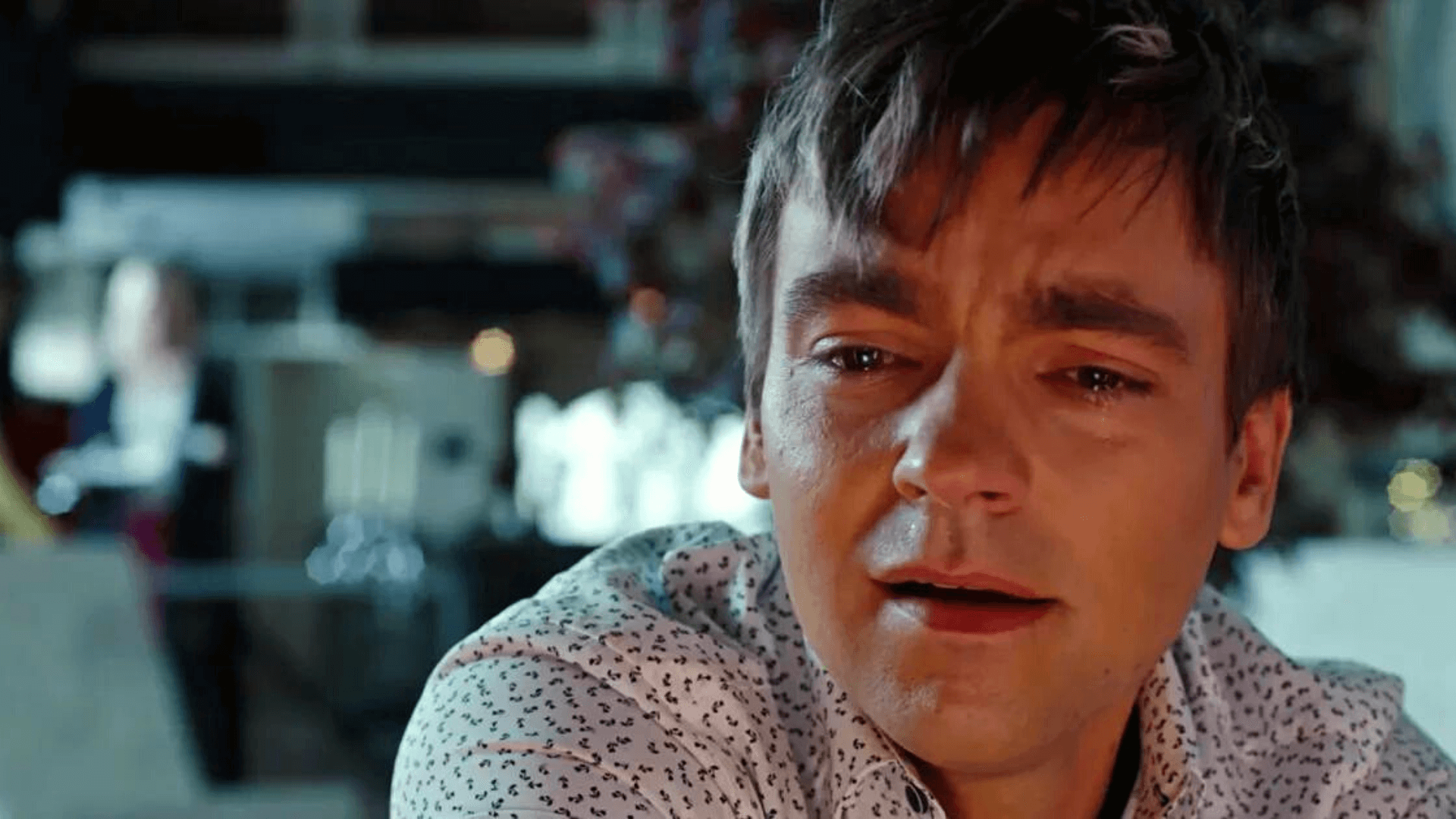 The Other Two is at its best, though, when it takes its time poking fun at modern-day cultural phenomena. One of the best examples is the episode when Cary, in need of Instagram followers if he wants to have any chance of getting cast in the next Ryan Murphy series (if I had the ability to use the skull emoji here I would), befriends a group of ~instagays~ in hopes of getting tagged in a photo. He spends a weekend going to events with these four impossibly toned influencers — all while relentlessly judging them for their shallowness and lack of “real” jobs. Yet by the end of the weekend, it’s them calling Cary out for only using them for likes. And they are absolutely right!

This is what I appreciate most about the series: it makes fun of everything and everyone, but turns the same critique on itself. By deftly pointing out its characters’ many contradictions, it makes us examine our own — and lets us laugh at ourselves for having them. Like many of the best comedies, The Other Two manages to maintain a bleaker undercurrent to its story while still being funny. One of the longer plot lines goes to a fairly disturbing place — yet by the time it happens the show has balanced its darker humor with its lighthearted satire so nimbly that it feels natural for the series to move in this direction. It even feels natural when that same challenging moment is immediately followed by a truly farcical scene that makes fun of the difficult subject the writers just introduced. It’s almost as if the show has the same coping mechanism as its protagonists, deflecting their deeper pain with biting humor.

The show’s second season is set to explore a new celebrity in the family: Pat now has her own talk show. I can’t wait to see the show’s treatment of daytime television (I’ll be spending the next day manifesting a Wendy Williams cameo). But time is running out if you want to catch up — so, in the wise words of ChaseDreams himself, “Bake yourself a party as dope as you can,” and get yourself acquainted with the Dream team.