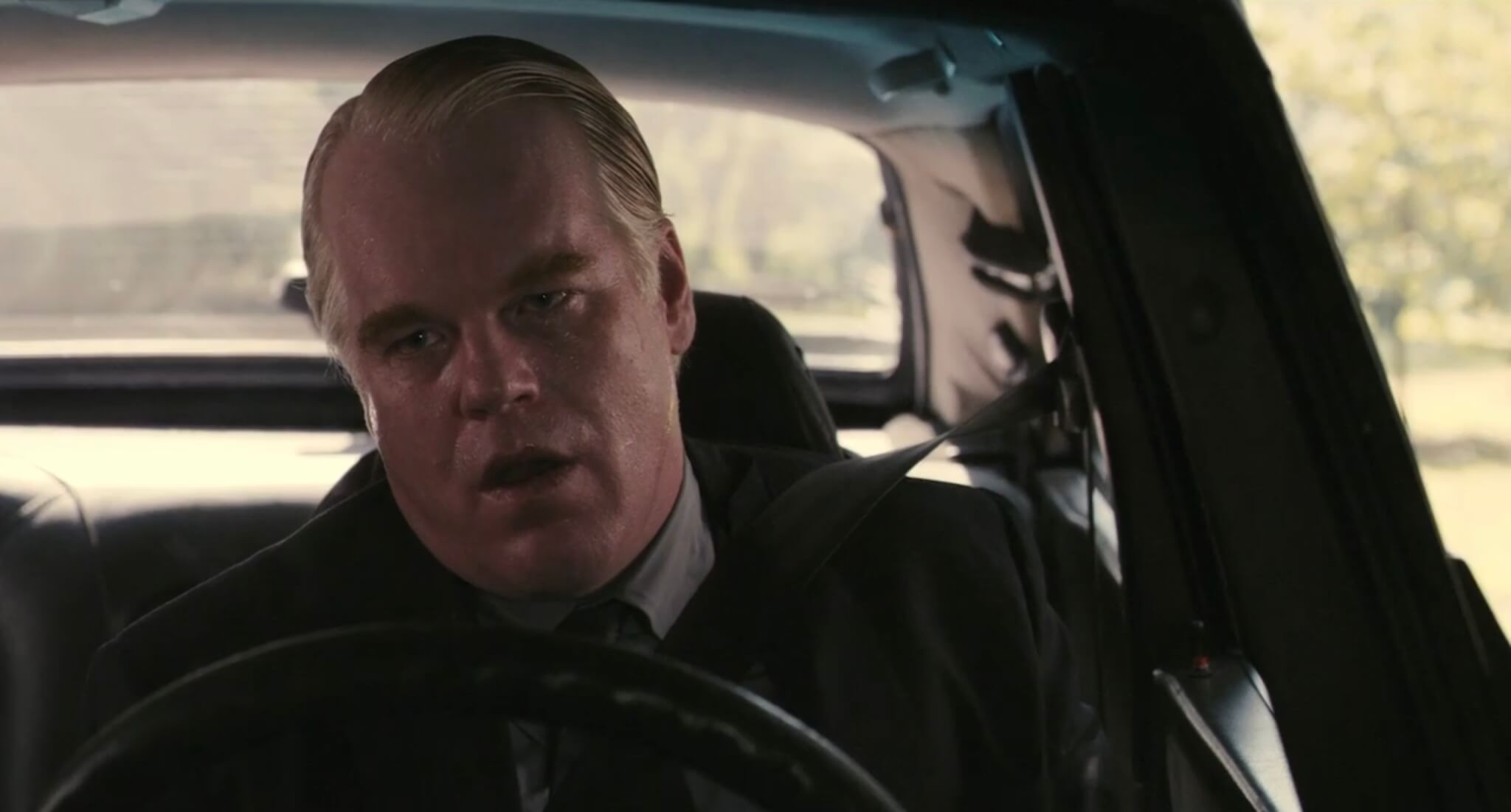 The world is full of crime dramas. Many of them have made their way into Plex’s vast film library. Which ones are worth your time? And which ones do the best job of making you feel like you’re watching some honest-to-God criminals do some honest-to-God crime? “Art Imitates Crime” is The Gist’s attempt at answering these most vital questions — and getting you your fix of that sweet, sweet criminal cinema.

In this edition of “Art Imitates Crime,” we’re checking out the overlooked 2007 film Before the Devil Knows You’re Dead. Who Wrote It: Kelly Masterson, a playwright and banker and apparently also a former Franciscan monk. Masterson is probably best known for adapting Snowpiercer for the screen and then further adapting it for television. But his theater chops are evident both in Before the Devil Knows You’re Dead’s taut narrative and tight, almost minimalistic settings. The majority of its scenes involve just two people. Every character is employed to specific effect; every gun has a specific purpose; no intended object goes unused. (You might also argue that Masterson’s monastic background lends itself to a particularly spartan style. Kelly Masterson, if you’re reading: is that too long a reach?)

Who Directed It: Before the Devil Knows You’re Dead was Sidney Lumet’s final film. Devotées of The Gist will recall his role in making Murder on the Orient Express maybe the wonkiest murder mystery ever put on film. Fortunately — and let me advise that “wonky” is not an epithet — Lumet gives Before the Devil Knows You’re Dead a little more room to breathe. The camera is largely an observer. The performances lead the drama, and not the other way round. The pacing is exquisite. The blocking is exquisite. The composition of shots is exquisite. An air of quiet menace hangs over everything, like stained glass in a nave. How Stacked Is The Cast: Absolutely stacked. Philip Seymour Hoffman is the lead (it’s an ensemble cast, but let’s be real: Philip Seymour Hoffman is the lead). Ethan Hawke is Hoffman’s brother. Marisa Tomei is Hoffman’s wife. No less an eminence than Albert “Poirot” Finney himself plays Hoffman and Hawke’s father. Those four titans could carry this whole thing with ease. But Michael Shannon also has a pair of eye-opening scenes. Amy Ryan, who just had a whole eye-opening arc on Only Murders in the Building, will have you pausing and pointing at your screen with recognition and joy. And Irish actor Brian F. O’Byrne, about whom we all need to learn more, gives a short, terrific performance in the movie’s pivotal role.

How Convoluted Is The Premise: Not too convoluted. The bare-bones and spoiler-free explanation is this. Andy (Hoffman) needs money. Hank (Hawke) needs money. Andy proposes that he and Hank rob their parents’ suburban jewelry store. Andy gives Quite A Reason for not wanting to do the job himself. Hank hires Bobby (O’Byrne) to do the job with him. It does not go well.

I can’t say more without spoiling anything, and this movie may be fifteen years old, but I refuse to spoil anything. So, instead, I’ll just amplify: It really, really does not go well.

How Crimey Is The Crime: Pretty crimey! The jewelry store robbery is extremely well done in its careful ineptitude. There are a bunch of minor crimes throughout — mostly drug use and some light roughing up — and these only intensify the general grubbiness you will feel while watching this particular tragedy unfold. Then there are a bunch more Major, Oh-My-God-type crimes at the end, and they all come about as a consequence of the first crime and the characters’ actions since. The characters are well-written and supremely well-acted. Before the Devil Knows You’re Dead is first-rate crime imitation by first-rate art.

The Most Stunning Single Shot In The Movie: It’s seriously difficult to choose. Before the Devil Knows You’re Dead is not a beautiful movie (that’s by design); what it is is a beautifully made movie. It reminded me of the Breaking Bad pilot: nothing is glamorous; nobody is happy; everything is uncomfortable. And so every shot in this movie carries that discomfort. You could frame them and hang them in a gallery for a show entitled “Sadness.”

Since I set myself up for this, then, I will say that the shot of Andy undressing and staring down at the city from his heroin dealer’s penthouse will likely haunt me the longest. The rich, glossy red underscores the blood he’s about to draw, as well as the blood the narrative has already spilled. The outdated early-90s decor draws attention to itself just as Andy’s high-blood-pressure façade suggests that something’s not right and perhaps his best days are behind him. It’s one of the most color-saturated shots in the movie, which again makes me think of stained glass. And while Andy appears balanced between darkness and light, the density of darkness in the room means he’s bringing shadow forward with him and pushing back against the reflection of exteriority. His face is turned away from the camera, making him that much less reachable.

With all that said, I have to add a few honorable mentions. The stark simplicity of Andy’s heroin injection just a minute later is another balance between brightness and the dark. Charles’ (Finney) walk toward the light carries an especially sinister air once you know what he’s walking away from. There could not be any more emotional distance between Andy and Gina (Tomei), and it’s only multiplied by their cold, sterile home. (Plus, note Gina’s suitcases!) Finally, I’ve never been bothered by the sound nor the sensation of literal nails on a chalkboard as much as I was by Andy dumping a decorative bowl of polished stones out onto this glass tabletop. It’s a real screw-turning detail at the end of a moment when you feel like Before the Devil Knows You’re Dead has to have damn near stripped those screws out. What Else Do I Need To Know: This movie is rough. For some reason, I thought it was kind of a zany heist film in the Red Notice vein. It is 100% not zany and 100% not anything like Red Notice. That screengrab at the top of the article? That’s how you’re going to feel watching this thing. Before the Devil Knows You’re Dead is a really goddamn dark family drama with one crime at the beginning of it, a cascade of crimes at the end, and an escalating probability of disaster throughout.

If McKnight’s Dictum is true, and a noir is essentially about people reduced to nothing but their appetites, then Before the Devil Knows You’re Dead is a noir and a half. It squeezes every one of its characters well past George Bailey’s point of no return. Were this the standard and not an exception, we would all have very different Christmas memories.

Before the Devil Knows You’re Dead 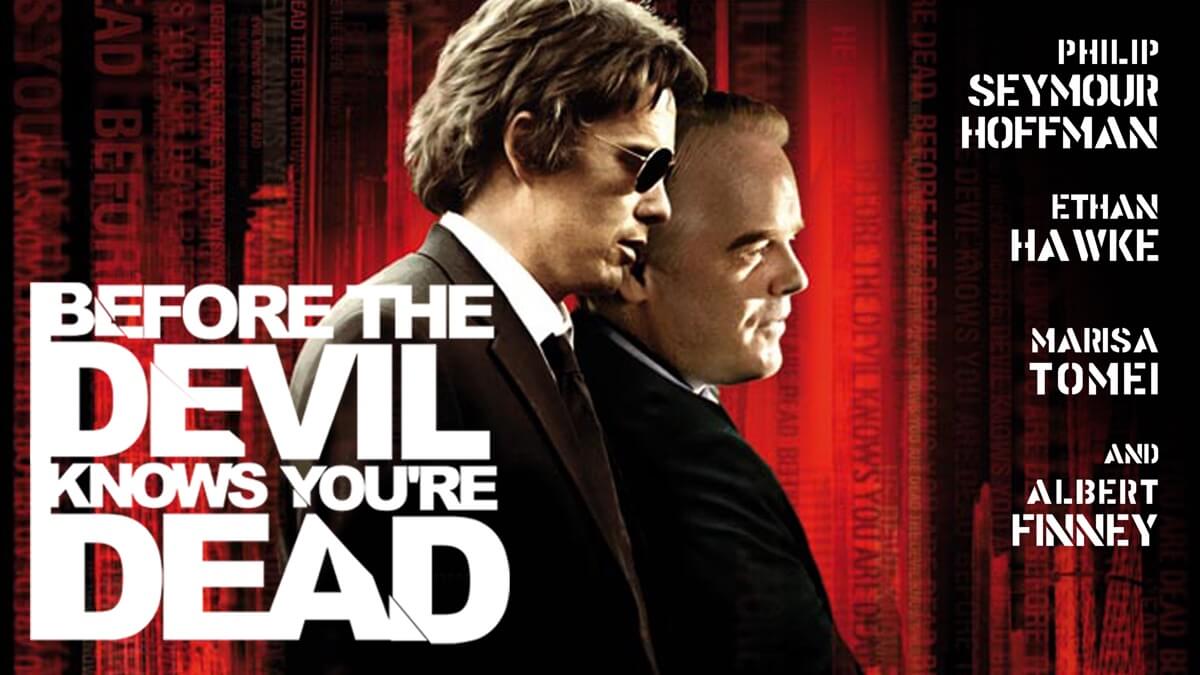 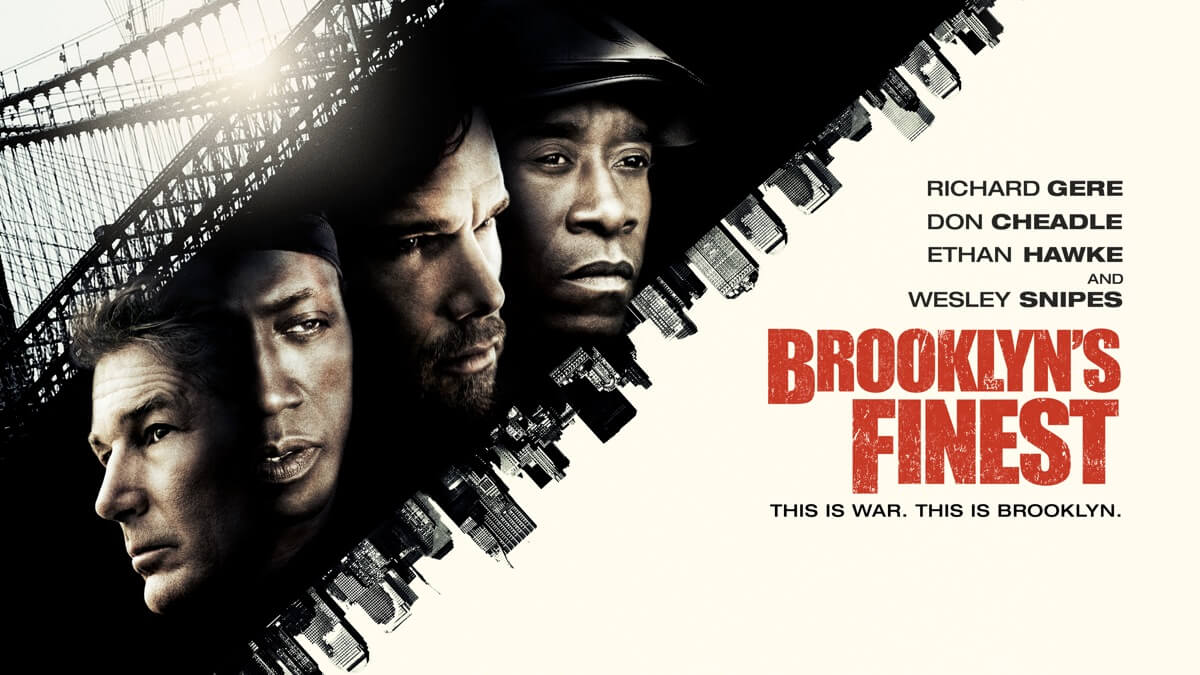