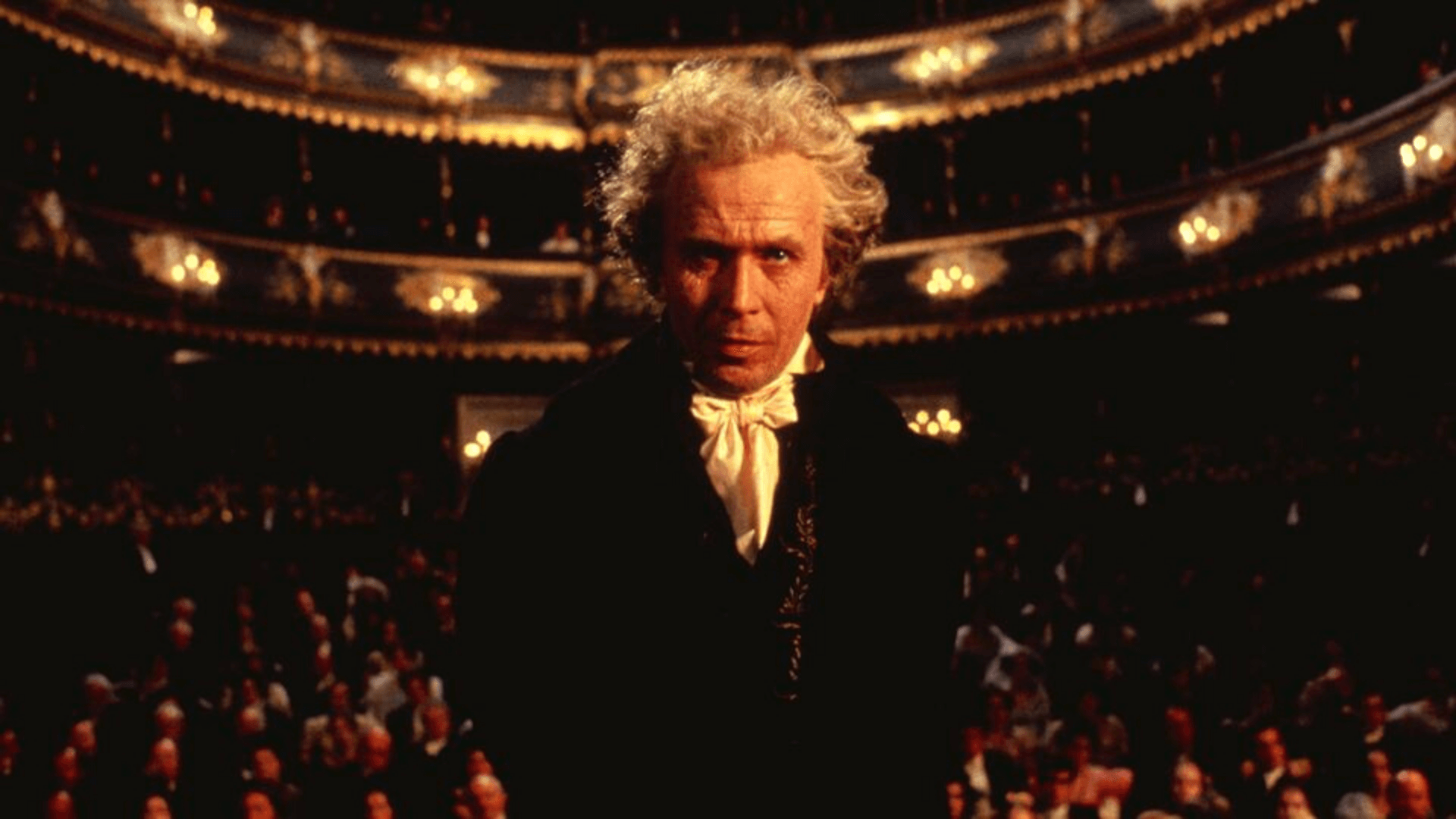 Immortal Beloved, the 1994 film by Bernard Rose, purports to solve the mystery of the identity of a woman addressed only as “Immortal Beloved” in a posthumously discovered letter from Ludwig van Beethoven. More than that, the film implies that Beethoven himself–or at least his music–is also immortal and beloved.

There is truth in that. I defy anyone on planet Earth to listen to “Ode to Joy” and not be moved.

The movie, however, hasn’t proved quite so eternal. That’s not to say it isn’t worth watching–literally anything with Gary Oldman is worth seeing. But like any decades-old film, Immortal Beloved has aged. The very first shot, Beethoven’s last breath, accompanied by a crash of thunder and the famous da-da-da-DUM from his Fifth Symphony, demonstrates that tastes change. What was, in the 90s, an interesting juxtaposition now feels a bit hammy and over the top. And the aging makeup on Oldman looks more like his Dracula than like a sick, old (human) composer. Honestly, it’s a testament to how much filmmaking has evolved that now actors can age up or down without such (literally) heavy-handed makeup.

There is gratuitous female nudity, and an entirely unnecessary side plot that involves a woman being violently gang-raped, all of which was par for the course back then but now feels glaringly inappropriate. The waning of constant, gratuitous female-only nudity in movies is another example of how we’ve evolved.

But the biggest change of all comes near the end of the film.

Immortal Beloved is chock-full of great acting. Oldman has a unique ability to chew scenery in nearly every role while still disappearing into the character doing the chewing. His Beethoven is both intimidating and pathetic, moving from the young, larger-than-life, famous composer to the sick, old drunk lying in his own urine on the street. What a tragedy, for genius to dissolve into misery. What a loss, for a man who worships music to lose the ability to hear it. What a shame–in every sense of the word–for an abused child to mature into a child’s abuser.

Gary Oldman is able to portray every nuance–the pain hiding behind Beethoven’s anger, the longing to set things right with his young nephew, the inability to see that he cannot rewrite his own childhood at the expense of poor little Karl van Beethoven. Oldman’s Ludwig is a broken man, and we sympathize with him. But he’s also a monster, and we can’t deny that. Beethoven spends years slut-shaming his brother’s wife Johanna, calling her a whore to her face, in front of her husband, in front of her child, in front of the entirety of Viennese society. When his brother dies, Beethoven uses his power and influence to take Johanna’s son from her and prevent her from seeing the child. Why? Well, because she’s a whore, he says. Eventually little Karl grows up to find Beethoven’s treatment of him so unbearable that he tries to take his own life.

Later, after Beethoven’s death, Johanna tells his loyal secretary, Schindler, that she made her peace with Ludwig because of “Ode to Joy.” She attended a performance of the Ninth Symphony, his final complete symphony, and found it transcendent, because it is. So she forgave him for destroying her family. “I could not hate a man who could write such music,” she says.

Again, he repeatedly called her a whore, stole her son, used his position in society to keep her child away from her for years, and nearly drove her son to suicide. But she forgives him because he’s a musical genius.

This is a familiar theme. A man who is a genius gets a pass for monstrous behavior, merely because of that genius. Look no further than the #MeToo movement in Hollywood for examples of men behaving badly and hiding behind their art to excuse it. The mere idea that a beautiful piece of music would make any mother forgive such treatment is absurd, and is the most outdated aspect of Immortal Beloved. That Johanna’s forgiveness, based on Ludwig’s talent, was considered romantic in 1994 demonstrates how far we’ve come in our thinking about the abuse of power, the inequality of power between the sexes, and the rush to forgive bad men for terrible behavior.

There is more to the story, but none of it makes Beethoven’s behavior any less abusive. I suspect, though, that we were meant to think it did. I’d be very interested to see an updated take on this film, perhaps written from Johanna’s point of view this time. Or Karl’s. In spite of these anachronisms, Immortal Beloved is well worth a watch. The acting is superb, not only from Oldman but also from Isabella Rossellini and Johanna ter Steege as the two most influential women in Beethoven’s life. Dutch actor Jeroen Krabbé–one of those performers you recognize instantly and spend the rest of the movie trying to figure out where from–holds the story together as Beethoven’s devoted secretary, determined to figure out who this mystery woman is that Ludwig wanted to leave his music to.

And of course, there is the music itself. Beethoven, magnificently performed by the London Symphony Orchestra, given context to make it soar to even greater heights. The image of the composer as a young man, escaping from his abusive father to lie in a pond reflecting the stars–floating in the eternity of space–set to the immortal “Ode to Joy” is the one that sticks with you long after the movie ends. The message of genius trumping abuse has aged poorly, but the beauty of Beethoven’s music itself never will. 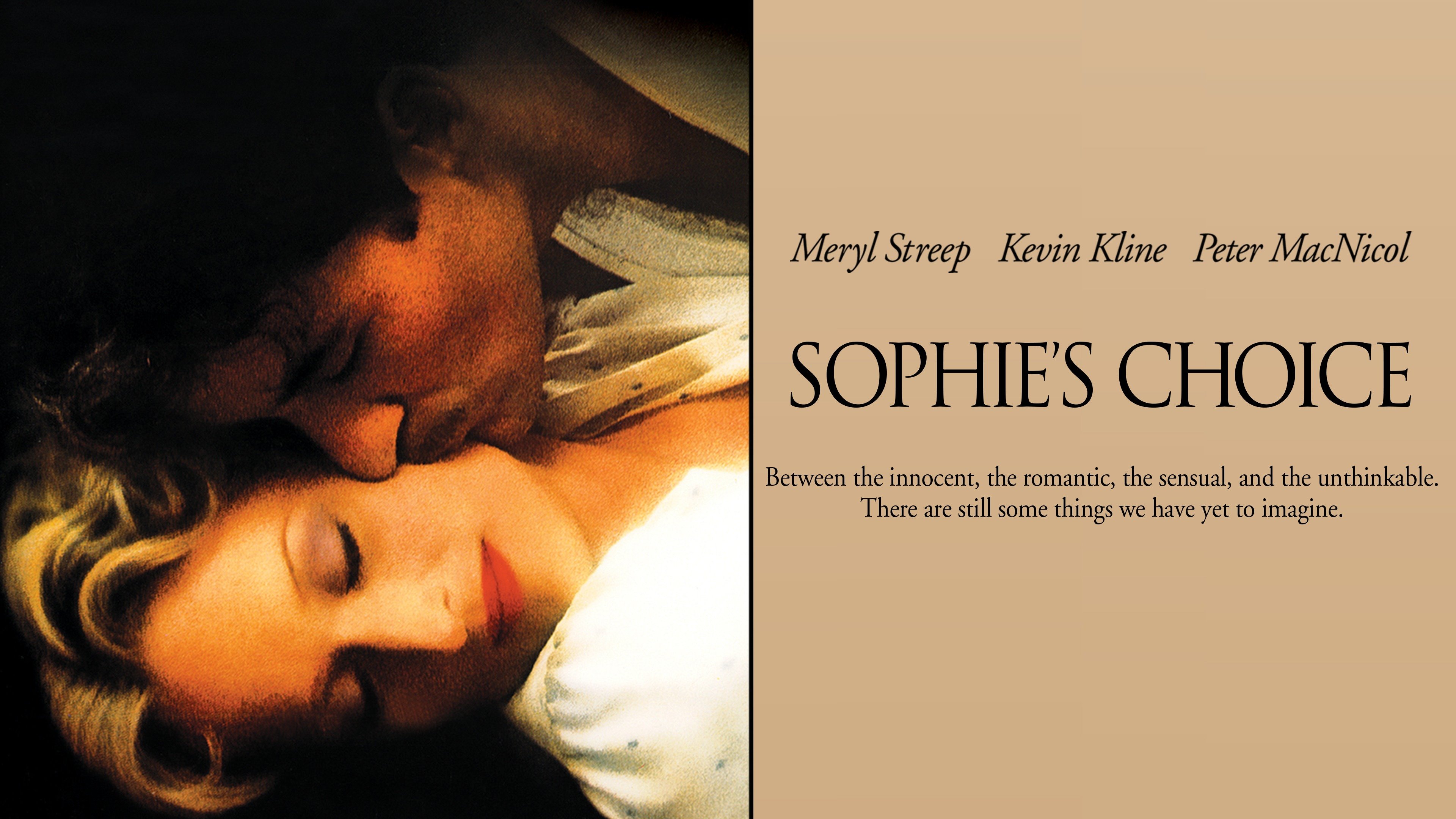