Succession, the critically acclaimed HBO black comedy (no, the Emmys, I refuse to acknowledge it as a drama because that is not what’s happening), is not an easy show to love. It’s not even an easy show to watch in the beginning.  It might be that HBO’s new business plan is to make people watch stuff that isn’t actually entertaining and then convince them it was good (Mare of Easttown, I’m being contrary to most of the internet and looking in your general direction), but I think the actual answer is that when you want to do a show about a bunch of rich, entitled, terrible people, it’s hard to make that show easily palatable. But since Succession announced that its third season cast would include Adrien Brody and Alexander Skarsgård, I decided I needed to catch up before Charmageddon struck. I mean, I sat through every single episode of True Blood and Godzilla vs. Kong because Eric Northman was there.  Surely the characters of “Arrested Development But They Can Say F*ck” wouldn’t be too much, right?

Mostly wrong. These people on Succession are awful in almost every way imaginable. Although there’s no need to imagine them, since I’m going to give you a breakdown of exactly who’s the most terrible, how, and how much.  Starting with the Most Bearable we’ve got: He literally killed someone. Or more accurately, he was involved with the death of a waiter at his sister’s wedding because of his own reckless drug-seeking behavior, and then allowed his father to cover up his involvement in said death. And he’s still literally the best of the bunch. He makes a good deal of mistakes, but by and large, they’re either the result of having an addiction or allowing his overbearing father to abuse the people around him. Neither of which is terrific, but at least he tries to do good. Also, about half the time he’s right. His dad should have been removed as CEO because, you know, the stroke and the relieving himself in places that aren’t toilets. If nothing else, his decision to publicly out his father and burn the entire thing to the ground redeems him a little. Finally finding your spine will win you all of the points for me.

Now, is there a strong possibility that I have an unwanted soft spot for poor little rich boys? No, actually it’s almost entirely Jeremy Strong’s role in The Big Short and this gif in particular.

Come on, clearly, he was going to be my favorite. I spent a good deal of time trying to decide if Roman or Kendall were actually the best of the horrible bunch. Roman doesn’t have a substantial personality flaw as compared to his truly heinous family; he’s mostly a snotty, rich boy. I would like to argue that, while Roman doesn’t himself do anything more horrible than others, everything he does is entirely for himself. His actions are possibly morally neutral, but his motivation is always selfish. Not selfish in the philosophical “everyone only does things that make them feel good” way, but that all of his actions are decided only on “what form of money or power do I get out of this?” I’d like to argue that, but the real truth in my heart says that I don’t think Roman is funny enough to be as big of a dick as he is, so he’s second. And, yes, I’m aware of the terrible things that means about me.

Sidenote: this is all thrown completely out if Gerri and Roman actually do become a power couple. Then they win everything always. Oh, Shiv. My greatest disappointment. I really had high hopes for you. When I first started watching the show, I felt like maybe everyone was ruthless and cutthroat and cruel, but at least you might be doing it for the right reasons. You weren’t going to be involved in your father’s company or his nonsense games. You’re as competent as your father, but you were using that competency to help the campaign of a progressive senator going after your father (which is the absolute best way to rebel). Yet you took all that Bad Bitch Energy and an outstanding set of eyebrows, and channeled it into bailing on your job once Daddy wanted you to run the company? Making one of your first moves to convince a woman not to go forward with sexual harassment allegations that would look bad for your father? You chose to let your brother take the fall for the mistakes that your father oversaw and your husband covered up? FOR TOM? Maybe it’s unfair to judge a woman based on her partner’s actions, but then you can’t pick Tom as your partner. That teaming up with Tom thing making you worse? That goes for you too, Cousin Greg. I actually tried to find an image where he didn’t look like a confused fish, but it doesn’t exist. Usually, that level of staggering awkwardness and incompetence would lend some sympathy, but what the hell is Greg even doing there? Grandpa James Cromwell said he was leaving Greg “a quarter of a billion dollars” in his will if he would stop working for the terrible people who were doing crimes and covering it up. Greg chose to be there. In fact, Greg chose to stay on #TeamRoy even as they were asking him to shred incriminating evidence and he trusted them so little that he made copies for future blackmailing/insurance against prosecution.  Greg doesn’t like what the family is doing, but he doesn’t do anything except look like a tool in front of Congress about it.  Greg is so off-putting I have to hope Nicholas Braun wins all of the acting awards for this role soon, because if this is anything short of a brilliant performance, I fear for his family. Every time Connor Roy comes on screen, I involuntarily say “Oh god” out loud. He’d be lower on this list except his own delusional sense of self means he hasn’t actively contributed to the downfall of society as much as his siblings. If he were involved in the company instead of TRYING TO BECOME PRESIDENT, he’d be significantly worse. As is, he’s a less likable, more libertarian version of Andrew Yang whose platform is probably “like universal basic income but we take money from the poor so they’ll work harder to be born to a billionaire.” Connor sucks. I guess you could also say he’s an industrious and competent businessman, but because being a billionaire is morally indefensible, that seems, at best, a wash. When he’s not trying to tear down democracy with a Fox News surrogate, he’s mistreating his children, mistreating his staff, or sometimes both. Logan also treats his wives so well that the third one is divorcing him, the second one won’t speak to him, and the first has apparently been banished from the Roys’ collective knowledge since her name is never mentioned. The only times he was remotely endearing was when, after his long-abused son finally planted the knife in his back, he smiled. It’s literally the best thing he’s ever done. Effing Tom. Know what you get if you combine Greg’s ability to win people over and Logan’s ability to treat people well? You end up with Effing Tom. Tom decided he also wanted to abuse his employees because that was a thing he thought was a good idea, and screwed it up by not having anyone witness the abuse. He had some poor guy act as his footstool while alone in his office with the door closed. Meaning that not only was it mostly just awkward for the two of them, but also there wasn’t anyone watching Tom getting away with being a dick. It’s like he experienced his own humiliation and victimization at Logan’s hands and his takeaway was not that being kind to people is a better option, but rather that he needs to victimize others if he wants to be good at business. He actually aspires to be as cruel as Logan, but can’t do it well. He wants to be a bigger, meaner bully than he is, he just can’t figure out how to. That’s who Tom is. If Tom hadn’t somehow gotten Shiv to marry him (which, Shiv, girl, come on. What’s happening with that? Don’t you want good? Why?), he’d have been fired years ago and would be trying his best Glengarry Glen Ross down at the local Men’s Rights group only to be told, “Sir, you don’t actually work here, this is a social club.” He’s six levels worse than an actual killer. That’s Tom.

Want more Succession? Jump over to our Succession Show Spotlight! 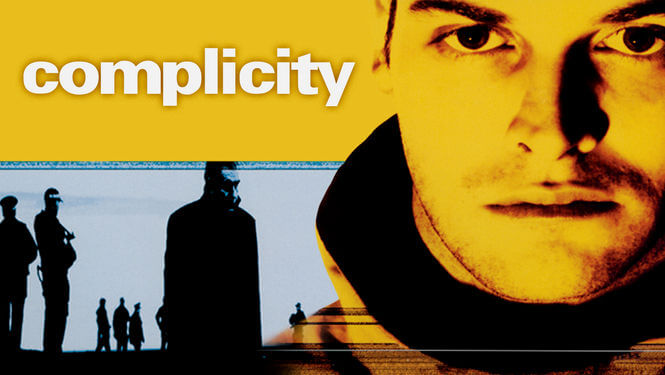 Succession
ComedyDrama
In this article: Succession