As a bit of a disclaimer, I’d like to state that Shrill on Hulu is a show that I love more than I like. I don’t dislike it at all, but over the course of three seasons, I’ve learned I can’t trust Shrill not to turn abruptly from a lovely scene of the two main characters being enviably nice friends to a scene where, frankly, the main character gets barbecue sauce on her butthole during a terrible hookup. But I should back up a bit.

Shrill the TV show is an adaptation of the book of the same name, a collection of autobiographical essays from writer Lindy West (represented by main character Annie, played by Aidy Bryant, who deserves a lot better than playing against Elon Musk). West gained a certain amount of internet fame ten years ago for writing a blog post where she disclosed that she is fat. I say disclosed because, in her book, West details the fact that people, even those who care about her, spent a lot of time avoiding acknowledging very obvious and clear truths about her body, and what happened when she decided she was tired of missing out on living her own life by not accepting those truths (spoiler: it got better. When she started rejecting the idea that fat people aren’t deserving of love and happiness, she somehow found both love and happiness. Go figure). The TV show works in that general area but takes us into excruciatingly awkward detail about the bumps along that beautiful journey. Again: barbecue butthole.

So now that I’ve mentioned the word “butthole” twice, why exactly would you want to watch a show that will spring a cringe on you at any moment? Well:

1) The Men of Portland Are Terrible

I don’t mean to denigrate every single man living in or around Portland, OR. I only want to do that to nearly every man who exists on this show (Daniel Stern, you get a pass for playing Annie’s loving and supporting father. Akemnji Ndifornyen, you get a pass for goddamn. Mmmm-hmmm). But most of them are terrible in a way that’s painfully realistic and also absurdly unreal. Although that last part, I’m going to assume. I mean, I have to assume that actual real people in Portland don’t behave like the unmitigated trash hats they do on the show, but I also have never been to the Pacific Northwest. I will fully admit that I didn’t see the allure in Annie’s dates that she did so maybe it’s an entirely different kind of guy up there that I don’t understand (also I’d like to stress I’m not trying to insult these men’s looks, just to say they aren’t for me. Although my type was once described as “cute-ish but with a weird face” so I’m willing to accept this is all on me).

But overall, are you currently dating? You will recognize the painful terror of an awful date. Have you been partnered up for a while and think you miss dating? You might be right, but you’re forgetting about accidentally texting your date instead of your friend and now you can’t live here anymore because the shame doesn’t end. Either way, you get to experience the delight of trying to find your underwear in a stranger’s house without leaving yours. It’s great.

I mentioned a couple of standouts from the first season already, but seriously, everyone on the show is amazing.  Not “good” or “nice” or “I want this person to be real” because you will not, but amazing. Julia Sweeney as Annie’s loving-but-ultimately-concern-trolling mom, Ian Owens as Annie’s friend and coworker who also gets a huge pass from me but probably he doesn’t need it because Amadi already knows that he’s awesome. John Cameron Mitchell as Annie’s absolute nightmare of a boss who basically becomes a caricature of every horrible, self-absorbed person you’ve ever met and you want to punch him a little while he’s onscreen, but miss him as soon as he’s gone. Jo Firestone as coworker Maureen. Ah god, Maureen. Maureen, I’m so sorry. But also please go away. It’s a cast of characters that make you glad they exist, and that that existence is in a realm where they can never interact with you. And absolutely no one does a better job of that than Luka Jones as Annie’s love interest Ryan. There’s no good way of saying this, but Ryan has absolutely worn a sock the day after he jerked off into it. The opposite of the feeling most of the cast gives you is Annie’s roommate/best friend Fran and Fran’s amazing girlfriend Emily. I could spend an entire second article talking about Lolly Adefope as Fran, and how she and Bryant are able to make humanly flawed characters entirely loveable even as they’re screwing up. But instead, I need to tell you that I found out Emily is played actor E.R. Fightmaster, and that is the coolest shit I’ve ever heard. 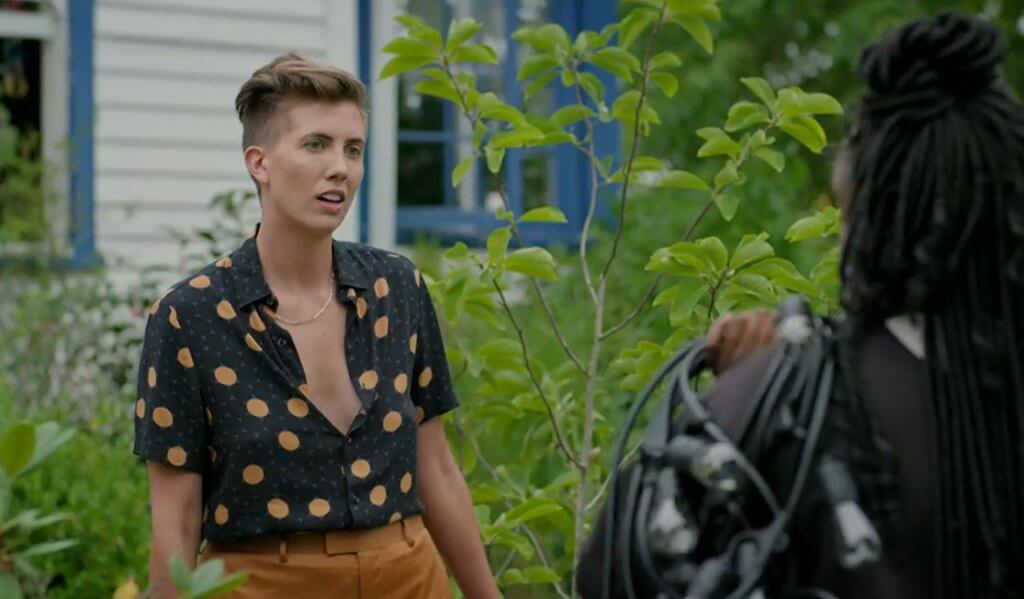 So all this talking around Annie’s character has probably not given you the best idea of what she’s actually like. What she’s like is roughly ninety percent awesome with a solid seven percent unbearably awkward and three percent genuinely terrible. As compared to an average person or like me or someone, she’s good (I’m at best 39 percent decent). But none of that means that Annie is a simple character. She’s nice, but she’s not a pushover. She’s happy with her body, but she’s not willing to be pigeonholed as the Plus Size Queen Writer at her weekly magazine. And she absolutely, without fail, will make an uncomfortable situation worse by giving a fake name when one is not needed.

All of which I attribute to Bryant’s performance. It’d be easy to let the character fall into vaguely sadsack territory who haphazardly awkwards her way from one successful interaction with a man to another, but Bryant doesn’t let Annie’s charm be overpowered by any of her mishaps. It’s so wildly close to being unbearable that Bryant has to interject a small amount of “OK, even I know this is too much now” self-awareness so that it all works? Not so little that she’s Michael Scott, not enough that she’s full Ted Lasso, but enough that you know she knows and then you don’t mind so much.

5) Annie Isn’t a Bad Bitch, and I Love That About Her So here’s a quick story: in college, I worked for the school’s catering company which was an unbelievably great gig for a poor college student who would have otherwise had to feed herself. One of the not great parts of working there is that your coworkers were wildly unreliable twenty-year-olds who would flake after three days of work. Meaning you came to depend a lot on the coworkers who knew what they were doing to make sure the dinners went off without any major hiccups. Or in one specific case, you made do with a coworker who was a great guy and a close friend, but at whom you needed to yell every fifteen minutes that ACTUALLY SET UP ISN’T OVER YET, JEFF. During one of these times I was yelling, his retort was that I didn’t need to be such a bitch. To which I replied that I was only being a bitch because he was being an asshole so why was he being an asshole? And his response was, “BECAUSE I’M AN ASSHOLE.” It was funny and he was right. He was an asshole.

Why do I bring up this completely random story about my friend Jeff who’s an asshole? Because people (men) should always be asking themselves “Is she being rude, or am I being an asshole?” “Is she being clingy or was I intentionally misleading about our relationship?” “Is she being unreasonable or was I blaming her for my own insecurities?” “Is she too sensitive or was I trying to create a hate-click firestorm when I changed her headline?” “Is she shrill or am I just not used to seeing a fat woman tell me that I can’t treat her like garbage?”

As a full-on bitch, I’m not saying women should shy away from being bitches if they want to be. But I am saying that women don’t have to be bitches to be treated well, and Annie and three seasons of Shrill make a good case for that. 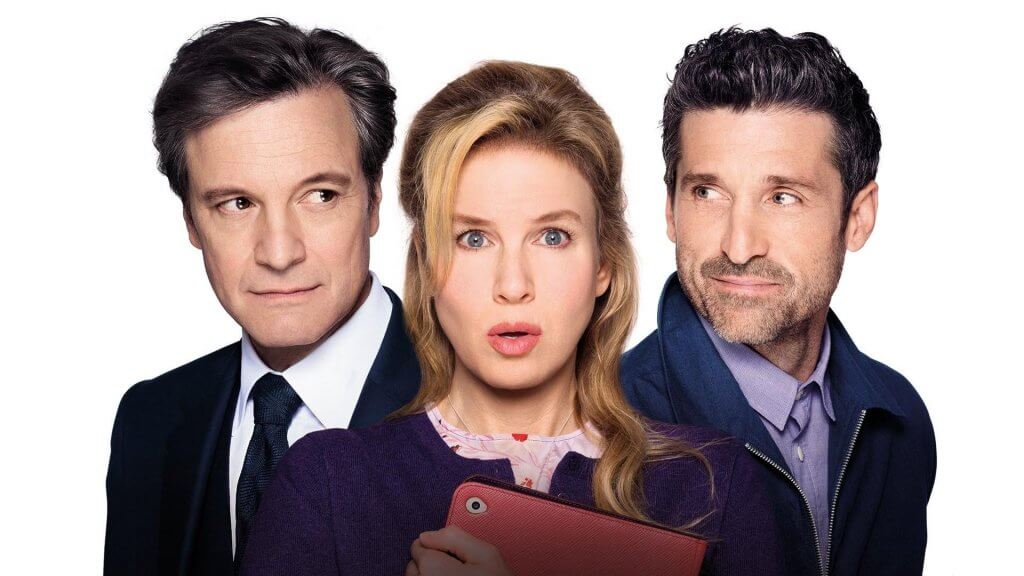