Zack Snyder has garnered quite a reputation for himself. From his self-indulgent fantasy Sucker Punch to his overly long vision of DC’s Justice League, he is known for a certain style that focuses on massive set pieces and stylized fight sequences that audiences either love or utterly despise. There is no doubt he’s polarizing, and that hasn’t changed one bit with the release of his latest film, Army of the Dead, now streaming on Netflix.

The opening sequence of the film so accurately captures the tone of this movie, it’s almost unreal. A newlywed couple has embarked on a road trip after they got hitched in Vegas and the bride wants to celebrate with a little sexy surprise for her husband while he drives. But in his distracted pleasure, he crashes into a military vehicle, causing a multi-truck pile-up and the release of a dangerous payload: a fast and mean zombie. He is creature zero, spreading the flesh-eating plague through Las Vegas, rendering it uninhabitable. 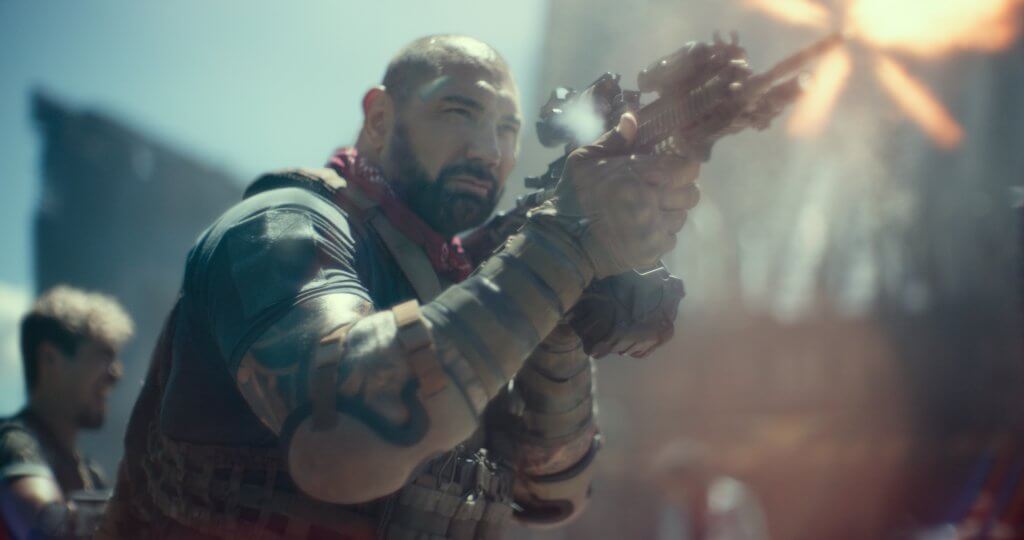 Vegas becomes a walled-off quarantine zone and displacement camps surround its perimeter, where residents sleep in dusty tents and hope for a way out. The government has permitted a nuclear attack to clear the city and put an end to the zombie crisis. But before Vegas is leveled to the ground, ex-mercenary Scott Ward (Dave Bautista) is contacted by wealthy casino owner Bly Tanaka (Hiroyuki Sanada), who wants Ward to put together a team and pull off the impossible: get $200 million out of a safe in the quarantine zone. With the promise of millions, or hundreds of thousands — the pay split makes no sense despite spending a lot of time talking about it — of dollars, Ward and his team decide to take on the task and chance it in the city of the infected.

Led by Lily, a smuggler intimately familiar with the ruins, its residents, and its rules, they quickly learn the hierarchy of power here. There aren’t just zombies, but alpha zombies, too. They’re faster, meaner, and smarter than the average undead, with a leader who commands them like a general (he even leads them from the back of a zombie horse). Think the dynamic of the Uruk-hai and the orcs from Lord of the Rings where there isn’t just one kind of monster but an entire society of them.

For a script that contains some rather cheesy and stilted dialogue, Bautista actually shines in the film’s leading role. While he’s starred in blockbuster films such as Guardians of the Galaxy and Blade Runner 2049, he has never been in the leading role. Now, he takes his rightful place in the spotlight as he plays a self-serious, but sensitive, mercenary who makes a mean lobster roll when he’s not mowing down zombies with a machine gun.

Then there are the absolute powerhouse female performances in Army of the Dead, from Tig Notaro’s lovable weirdo Peters to Samantha Win’s brutal Chambers to Nora Arnezeder’s resourceful and cunning Lily. Many of them deserved more screen time, particularly Chambers who fights over droves of zombies on her own in a phenomenal action sequence early on in the film. While every character chews the scenery, such as Matthias Schweighöfer”s eccentric safecracker Dieter, and seems to be aware of the ridiculous nature of the script, the film’s female characters take a step further in their brutality. Regardless of their fate, these women steal the show and illustrate that women can, in fact, be badass action stars without egregious sexualization of their bodies. Despite some jaw-dropping action sequences, there are some strange choices made with the cinematography. In spite of the massive scope of the film, the camera often focuses on a character and blurs out the background, similar to portrait mode on an iPhone. These shots do not enhance the film, and in fact, they detract from it as action sequences are obstructed. There isn’t enough emotional buy-in from the audience to justify wanting to focus on the facial expressions of the characters; viewers want to see big zombie fights. They aren’t interested in character development in this context. They just want to see guns, explosions, and a lot of gore.

Army of the Dead may not be a good movie in the typical sense, but is it entertaining? Absolutely. It’s a film that would benefit from being seen on the big screen with a ton of amped-up zombie lovers. Zombie tigers would get applause, Tig Notaro would get uproarious laughter, and Chambers’s fight would have everyone cheering. But even without a crowd of horror fans, Army of the Dead is big horror summer fun. Snyder’s big, silly, colorful action movies are back, baby, and I for one could not be more excited.

Return of the Living Dead: Necropolis 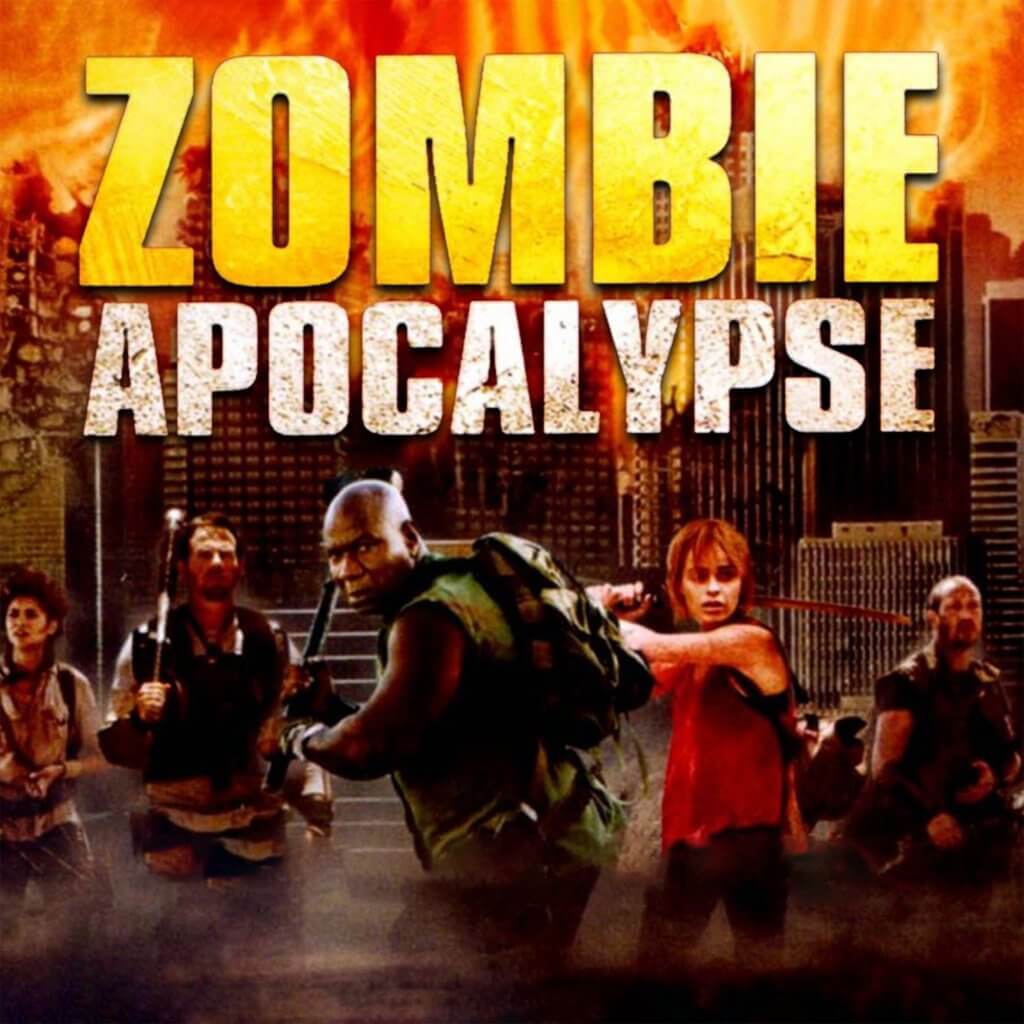