As we reach episode five of Loki, I want you to consider an impressive thing that this show has done: It has utilized the meme format for long-form entertainment purposes. Let me explain.

We all know what a meme is by now. The concept is difficult to describe but so ubiquitous that a definition is pretty much unnecessary. What’s more interesting is how memes develop an idea to the point where it no longer resembles itself, yet everyone who is plugged in recognizes and understands it fully.

Since we’re dealing with words here, let me give you a written example of how memes spiral out, picking up their own lore and insider references along the way.

That’s right, everybody. We’re getting into pataphors today.

Getting back to Loki, we see a similar memeification of our central character and the overall narrative. Starting out we had “Loki is recruited by time cops.” Then we moved on to “Loki and Lady Loki seek to overthrow the time lords, who seemingly don’t exist.” And with this week’s episode, we arrive at “Dozens of variations of what we once knew to be Loki are trapped beyond time. One may not even be a Loki, but instead an alligator in a hat.” Let’s dive into the deep end.

Picking up where we last left off, Lady Loki demands that Time Variance Authority (TVA) Judge Ravonna Renslayer reveal who runs the TVA. Renslayer claims that she too was surprised to learn that the all-powerful Time-Keepers were animatronic puppets.

In an effort to save her own skin, Renslayer reveals that Loki isn’t dead. He’s just been moved to The Void, the TVA’s dumping grounds at the end of time. Renslayer offers to help Lady Loki retrieve Loki from The Void.

Over in The Void, Loki joins Classic Loki, Boastful Loki, Kid Loki, and Alligator Loki as they flee from certain peril. And remember since Lost was so popular, Congress passed that law requiring all time-bending TV dramas to have a big smoke monster. Thus, The Void has a giant smoke monster in the sky.

One great aspect of having a setting like The Void is that it allows the show’s creators to fill it to the brim with Easter eggs from the comics and literally anything else you can think of. For example, they included Thanos’s dumb little helicopter that he had one time. So dumb! So fun! As our gang of Lokis escape into an underground bunker, we also get a brief glimpse of Frog Thor—otherwise known as Throg. This stuff is all an example of healthy fan service. The show’s creators have established a setting that creates drama, moves the story forward, while also allowing them to sprinkle all these visuals references and not destroy the narrative or tension. Back at TVA headquarters, Renslayer and Lady Loki try to get information from Miss Minutes and the TVA archives. Miss Minutes mentions a very convenient and equally suspicious spaceship prototype designed to reach The Void. As she stalls for time, TVA guards burst into the room, and Lady Loki is forced to zap herself into The Void rather than risk capture.

In the Loki bunker, everyone is just sitting around drinking boxed wine and talking about how their worlds fell apart. For anyone who’s been to grad school, this should look familiar.

Anyway, Lady Loki awakes in The Void and is immediately pursued by the smoke monster. Suddenly, who should appear in a getaway car but Mobius. Huzzah! He’s back.

Meanwhile, the newly introduced President Loki and his goons have seized the Loki bunker and captured the five Lokis we’ve come to know and love. Holy hell, it’s Lokis all the way down at this point.

As should be expected, all the Lokis have double- and triple-crossed one another for control of The Void. An all-out donnybrook breaks out when Alligator Loki bites off President Loki’s hand. The ensuing kerfuffle allows for Loki, Kid Loki, Classic Loki, and Alligator Loki to escape the bunker.

They all meet back up with Mobius and Lady Loki, who suggests that killing the smoke monster is pointless. She believes it is merely guarding whatever omnipotent being is pulling the strings from beyond The Void.

Loki and Lady Loki have a minute to catch up, and they awkwardly allude to their romantic feelings toward one another. Despite how technically onanistic their relationship may be, they tread very carefully in terms of trusting one another with their affections.

Mobius uses Lady Loki’s TemPad to travel back to TVA headquarters, while Lady Loki and Loki try to take down the smoke monster. Just as the smoke monster is about to kill Lady Loki, Classic Loki returns to create a massive illusion to distract it. His powers sapped, Classic Loki makes the ultimate sacrifice. Richard E. Grant, everybody. A true treasure.

But with that, Lady Loki has the smoke monster enchanted. Together, she and Loki pierce the veil of The Void. Time to see who is behind all this.

Also, I did not know what I was signing on for when I agreed to write about a show with numerous versions of the same character all hurtling through various realities and timelines, and everyone is lying constantly. It’s kind of the recapping equivalent of learning to juggle in a hall of mirrors.

I guess what I’m saying is thanks in advance for spreading these recaps around. Getting those clicks, amiright!? See you next week.

The Legend of Hercules 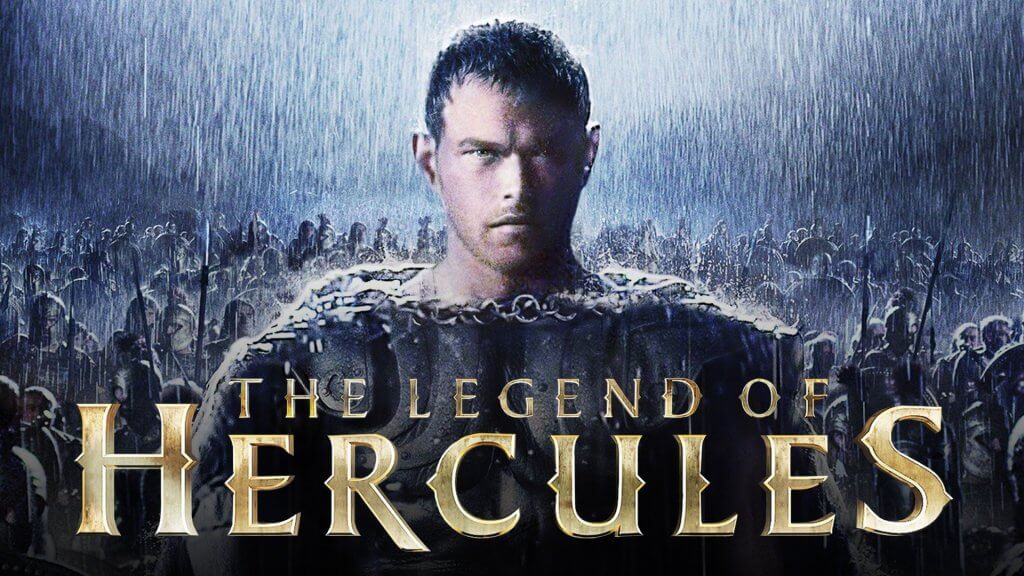