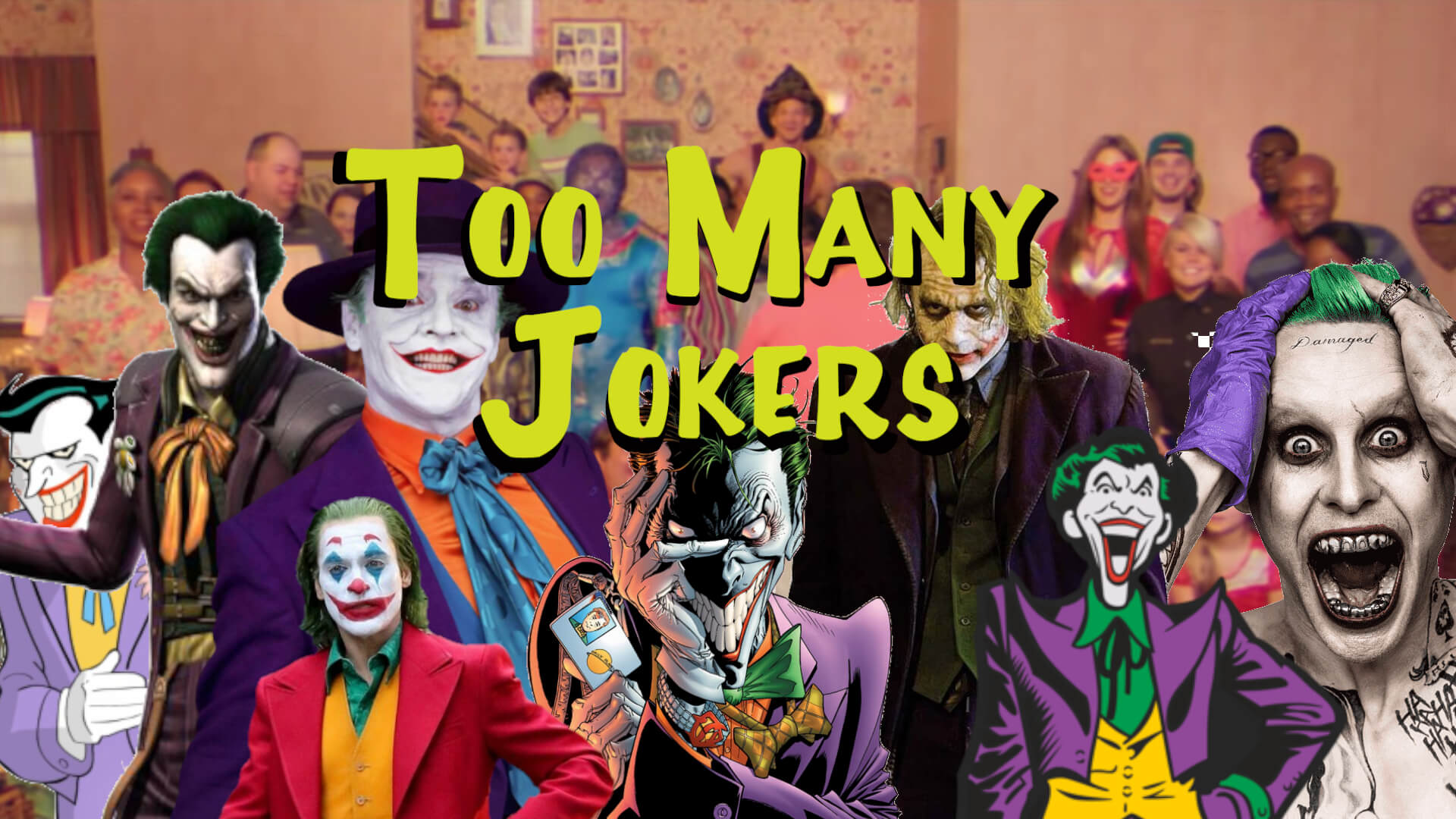 We’ve done it. We’ve officially hit peak Joker oversaturation. Jokersaturation, if you will.

It was OK when he got his own movie. Then DC ran its “Three Jokers” storyline, which — you guessed it — has three separate Jokers all trying to out-Joker one another. Then came the return of the Snyder Cut, which was updated to include additional scenes with Jared Leto’s Joker. We are literally ADDING the Joker to old movies. It’s too much.

There hasn’t been a directorial change this big involving a Batman villain since George Lucas re-edited The Empire Strikes Back to include a scene where Harvey Dent betrays Han Solo. (Yes, this is a very convoluted joke about the film career of Billy Dee Williams, but it’s still not as convoluted as the fact that Lando’s full name is Landonis Balthazar Calrissian. But let’s get back to the Joker.)

This isn’t the first time the character of the Joker has required a rest. He was absent from Batman comics for years in the early ’70s. It gave creators time to step back and figure out how best to use such a great character.

Now let’s give the Clown Prince of Crime some well-earned downtime, while I suggest a few little-known Batman villains that deserve another moment in the spotlight.

People have become very passionate and defensive of the Snyder Cut, Jared Leto’s interpretation of the Joker, and other related matters that we’ll all surely be thinking about on our deathbeds. You may be asking, “Dustin, who the hell are you to put the Joker in timeout?”

Well, I have signed documentation that I am, in fact, Batman’s pal. Here it is. Yep. “Pal.” He used the word “pal.” So unless you have better documentation that you and Batman have a working personal relationship, please just relax and enjoy the article. Beckett made his debut way back in 1954 in the World’s Finest tale “The Man Who Wanted to Die with Batman.” In the story, Beckett is a professional explorer (as one does) who sees his adopted father apprehended by Batman and executed for his crimes.

Shortly thereafter, Beckett learns that he has contracted a “rare tropical virus” during his recent adventure and has one month to live. Mad with revenge and a vague, thankfully not-racistly named illness, Beckett vows to bring Batman down with him.

Beckett starts out by simply loading his car down with nitroglycerine and waiting for the Batsignal to lure the Caped Crusader to police headquarters. He biffs this wonderfully by missing the Batmobile, colliding into a tree, and being thrown into the path of an oncoming train. It’s such a beautiful failure that I can’t help but love the guy.

Batman saves Beckett repeatedly as the two play murder-suicide dance partners. For that reason, I think this forgotten character could use another shot.

When it comes to Grimes, think Richard Stark’s Parker novels or the movie Payback, but Batman is on the trail of our hardboiled antihero out for revenge.

Introduced in 1942, Grimes is a former mobster who has just finished up a 20-year stint busting rocks in prison. Grimes was brought down after his fellow criminals had him take the fall for a heist they perpetrated together.

Upon his release from prison, Grimes declares revenge on his former colleagues and begins to systematically execute his old pals one by one. Rocky does so using mineral-based weapons, because every villain needs a gimmick. Speaking of gimmicks…

The best part of the 1945 issue featuring Mrs. Dalling is that Batman trips over a dog. Just a normal, on-the-floor dog manages to trip up the World’s Greatest Detective. It’s great. Mrs. Dalling is a cleaning lady who uses her access to the files of the Gotham Police Department to learn the characteristics and calling cards of known criminals — such as “poisons dogs” and “loves cheese.”

Dalling uses this information to mimic the quirks of these ex-convicts and implicate them in the brand-new crimes she orchestrates. This method proves effective as Batman and the police continue to arrest the former criminals that Dalling frames for her crimes, while she avoids suspicion for awhile. It’s a pretty solid plan, and as a former janitor, I lend my support to anyone who uses their cleaning duties to become a criminal mastermind.

Batzarro is to Batman as Bizarro is to Superman: an otherworldly clone that is the inverse of their Earthly counterpart.

In case you haven’t seen the endless depictions of their deaths, Batman’s parents were killed in Crime Alley by a gunman, which led to his distaste for firearms.

This is, of course, not something current casual fans may be aware of because we keep giving Batman machine guns and tanks so he can be “hellacool.” And I know Batman had a gun early on in the comics and has used one on various occasions. I know we all enjoy when comics archetypes are deconstructed and things get real grim and gritty and realistic.

But what if Batman was simply portrayed as a sad detective who adopted an alternate persona to bring down a murderer and avenge the death of his father? That sounds pretty interesting. That’s because that’s the plot to Hamlet. Let’s just let Batman be Hamlet.

Anyway, Batzarro feels like the best way to satirize what the character of Batman has become: He’s the world’s worst detective, strapped with dual pistols and spends his time murdering other people’s parents in Crime Alley. Now that is deconstruction.

Numerous comic superheroes have had this sort of “ugly American” antagonist over the years, but maybe it’s time to revive this trope.

The Banner is a behemoth wrapped in an American flag and draped in machine guns and ammunition. Before a cheering crowd, he spouts vitriol about America’s national roots and alleged attacks on his Constitutional rights. He cites this deep conspiracy and corruption as reason enough to lead a terrorist attack on the Truman Building in Washington, D.C.

Mind you, The Banner was introduced in the year 2000. Two decades later and he’s real. Finally, what better way to replace the Joker than to include an actual replacement for the Joker?

First appearing back in 1944, Hart was a West Virginian who decided to disguise himself as the Joker to commit crimes against his fellow business rivals. This upset the actual Joker who somewhat joins forces with Batman to pursue the criminal, but only to protect his own reputation as a master criminal. The interesting thing about this story is that the Joker and Batman never truly cooperate in apprehending the imposter. As he and Batman both descend upon the scene of Hart’s crime, the Joker must first deflect Batman’s attack before he can momentarily capture Hart, who is disguised as the Clown Prince of Crime.

From there, the doubt and suspicion continue to mount. No one is really innocent. No one really trusts anyone else.

I know this storyline really doesn’t exclude the Joker, but there is some potential to having a common criminal imitate the Joker — using that mystique while also diluting down what makes the Joker compelling.

It’s an opportunity to examine what the character of the Joker means to himself and how others perceive him. It’s a chance to mess around with there being so many damned Jokers on our screens. And, as always, it’s a chance to have Batman unravel the truth.