There should be a word for that precise moment when you realize you’re in the middle of eating far too much food.

Now, I’m not talking about fullness in the aftermath of a big Thanksgiving dinner. Nor am I talking about when you’re in elementary school and you try to ask for five chicken nuggets at Wendy’s but accidentally order five boxes of five chicken nuggets, then stare with shock at the twenty-five nuggets being placed before you (that’s a thing that happens to everyone, right?). No, what I’m talking about is when you’ve managed to swallow the last forkful of food on your plate and are in the middle of breathing exercises when you see another full course headed your way. All you can do at that point is laugh.

Anyone with the fortune of growing up Italian is likely well-acquainted with this feeling, and Stanley Tucci is no exception. I’ve been watching him eat his way through Italy on his recent CNN show, Searching for Italy, which is the latest installment in a series I like to call “Stanley Tucci knowing his way around a kitchen in a very hot way.” Watch him mix a spritz and tell me you don’t agree.

Several times in the show, he is confronted with Too Much Food, including a memorable moment when he faces a lesson in pasta-making directly after a full breakfast of cream-filled brioche. Yet, for me, all of these pale in comparison to the reactions to the feast he serves in his directorial debut alongside Campbell Scott, Big Night. In Big Night, Tucci plays Secondo, younger brother to Tony Shalhoub’s Primo. Coincidentally, these are also the names I have planned for my first and second born children, which I’m sure they will love. The brothers have emigrated from Italy and arrived in New Jersey, where they’ve opened up their own small restaurant with Primo as chef and Secondo as… pretty much everything else. Facing foreclosure, Secondo calls in a favor with their rival, the neighboring restaurant owner Pascal (who, I feel obligated to mention, is absolutely obsessed with biting Stanley Tucci’s butt). Pascal will invite the famed Italian jazz singer, Louis Prima, to dine at Primo and Secondo’s place, with the ensuing publicity sure to save the restaurant. Much has been said about this iconic movie feast, but you know what? It deserves some more praise here, too. It’s that good. After the guests are all nice and wine drunk awaiting the musician (spoiler alert: he’s not coming), they suddenly hurry as a group to the kitchen doors, as if all of one mind. In a particularly beautifully filmed moment, we watch them swing wide the doors in a sudden hush, as if they’re seeing something they have no right to see. And yes, Primo is in the middle of hand-feeding his florist crush (perfect amazing goddess, Allison Janney), but the diners seem to be more silent in reverence of the kitchen itself. It’s as Primo says: “to eat good food is to be close to God.” They’re ready! We’re all ready! The moment doesn’t last long, though. Soon, Primo and Secondo are dishing out heaping portions of steaming soup, risotto tricolore, roast chicken, and of course, the famed timpano – a massive pie of pasta, meatballs, and hard-boiled eggs. Yes, you read that correctly and I’ll hear no timpano slander in the comments, thank you very much!

It’s all delicious and completely raucous. And then there’s the moment: as the guests fan themselves after this obscene amount of food, the kitchen doors open and to everyone’s horror, a full roast pig is wheeled out. The whole table laughs in disbelief of this additional course they are expected, somehow, to consume. Was I watching this movie on a completely empty stomach? Yes. Did I, the minute the pig rolled in, say out loud, “there is no way I could even THINK about touching that”? Also yes. Honestly, after watching this meal I was feeling stuffed, laughing like I was drunk, and belting ‘O Sole Mio all alone, so count me and probably every one of my neighbors listening to me as guests to the party.

Yet for all its lavishness, the Big Night food scene I love the most isn’t actually the big night itself. Yes, the feast is a true labor of love. But growing up, I found love in the phrase “let me fix you a plate.” Whenever I visited my grandparents, I’d be met with an immediate concern for my stomach and an offer of mozzarella, soppressata, or whatever other antipasti were always in the fridge. Even if I wasn’t hungry (rare) I ate – it was more an act of caring than of feeding, and I could never turn that down. And so, the scenes in Big Night that really get to me are the ones with smaller dishes. Primo lets a friend trade paintings for a nightly bowl of pasta and a drink. He brings a pot of leftovers to the barber to swap gossip. He takes Anne, the florist, away from the party for a taste of the meal to come. While he’s passionate and opinionated about the art of his cooking, it’s when sharing it with the people he loves that he seems happiest. During the final scene, it’s Secondo’s turn to feed his brother. The morning after the dinner – and after an emotional fight between the two men – it’s time for breakfast. In a quiet single shot, we watch Secondo prepare one of the simplest possible foods: the omelet. There’s no seasoning, no fancy presentation… it really is just a few eggs in a pan. Yet it’s this shot of the brothers eating this basic dish side by side, with their arms around each other’s shoulders, that sticks with me the longest after every re-watch. But that’s what’s so lovely about Big Night – it’s a food movie for those who love to cook and for those who just love to share a good meal. The big night is just as important as the little breakfast the morning after. 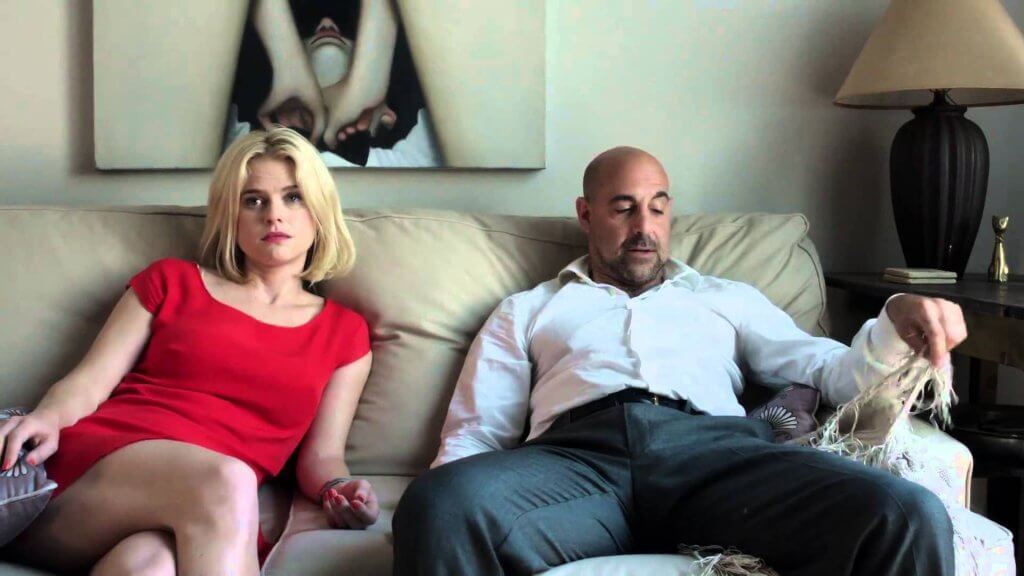