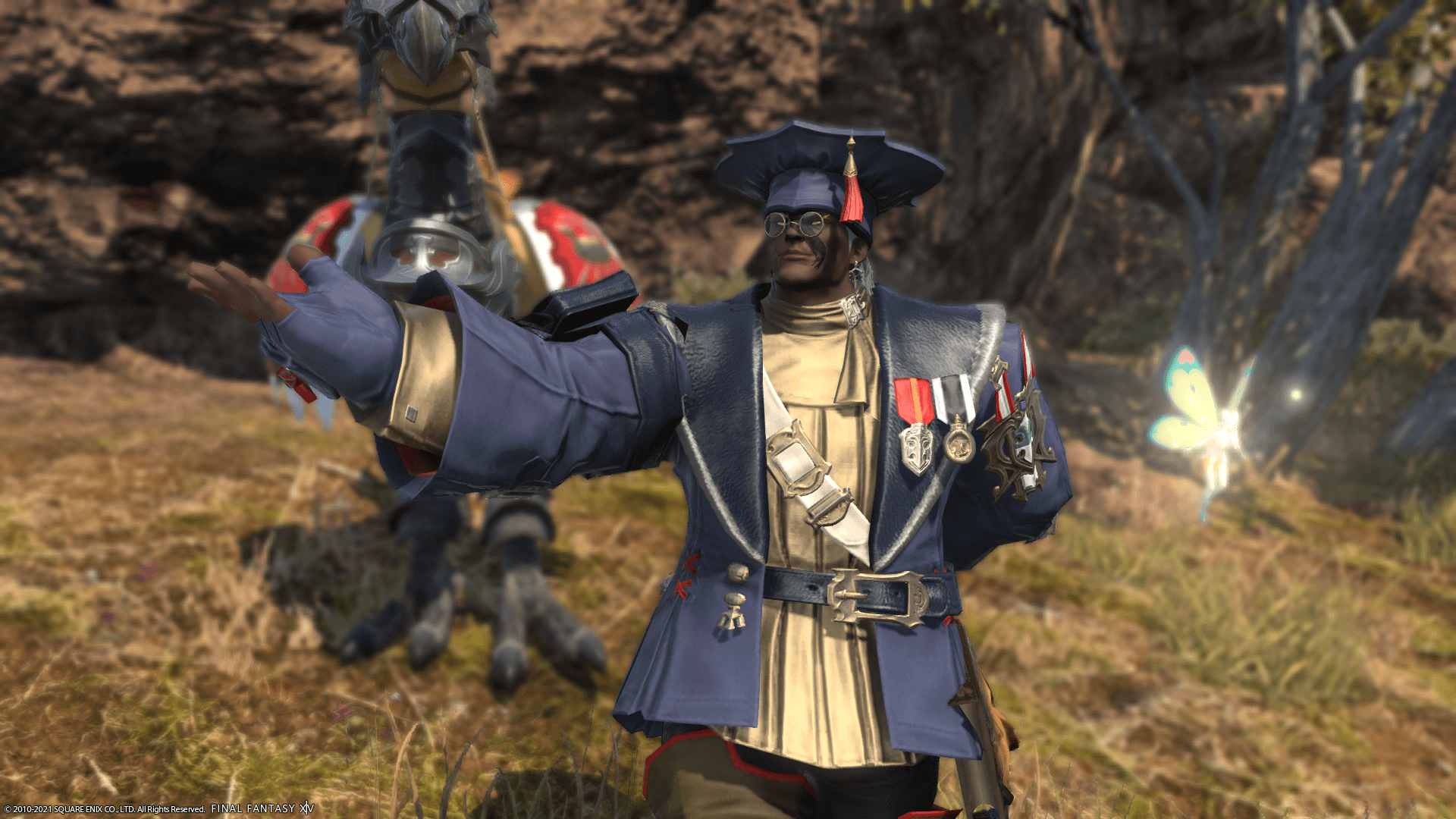 It goes like this (or some variation thereof): “Have you tried the critically acclaimed MMORPG, Final Fantasy XIV? It has a FREE TRIAL that includes the base game, A Realm Reborn, the first expansion, Heavensward, and leveling all the way to 60 with no playtime limits!”

I hesitate to believe I'm the first person who thought of this one, but… pic.twitter.com/Si1fNvG2a5

Sound familiar? If you’ve been lounging online in any video game, Final Fantasy, or other MMORPG groups, you’ve probably run into this spiel at least once. Multiple times if you’re really unlucky. If you’re my IRL friends, you’ve definitely heard it at least twice from me — and I’m trying really hard not to mention it a third time.

That’s right. I have become the type of walking embarrassment that recites memes in real life. And it’s all FFXIV’s fault.

Did you know that free trial of Final Fantasy XIV goes all the way to level 60 and includes the entire award winning first expansion Heavensward… pic.twitter.com/Yfeu1DE448

Don’t get me wrong, I’m not reciting this meme because I think it’s funny. I just really want my friends to join me in FFXIV.

I’ve had a good time with the two pals that fell for my sales pitch, but I’m aiming to drag in at least one or two more to make a decent light party. Then, we can goof around in dungeons and make dumb mistakes without having to worry about wasting a poor random player’s time.

Thank you very much, critically acclaimed MMORPG FINAL FANTASY XIV that has a free trial up to level 60 including the Heavensward expansion.

I’ve only recently finished the base game and I’m already eager to stumble through dungeons, spam emotes, and go through crafting hell with my friends. With all the things to do, and so many ways to get completely distracted, it’d be the perfect virtual hangout for us.

But my enthusiasm for this MMO isn’t limited to the gameplay. It’s also the dedication of the development team that gives me confidence in playing for the long term.

Regular updates and quality-of-life improvements keep the game easy to return to once you get started. And the devs have pared down some of the more extraneous quests from A Realm Reborn so players can get to the next expansion faster. (The base game is admittedly a little tedious to grind through without friends to talk about it with.) With more expansions planned and at least five more years of continued growth expected, I’m not that torn up over paying for a subscription to an MMO.

On top of that, I’m a sucker for people who put their heart into their work. And the game developers genuinely seem like those kinds of people. 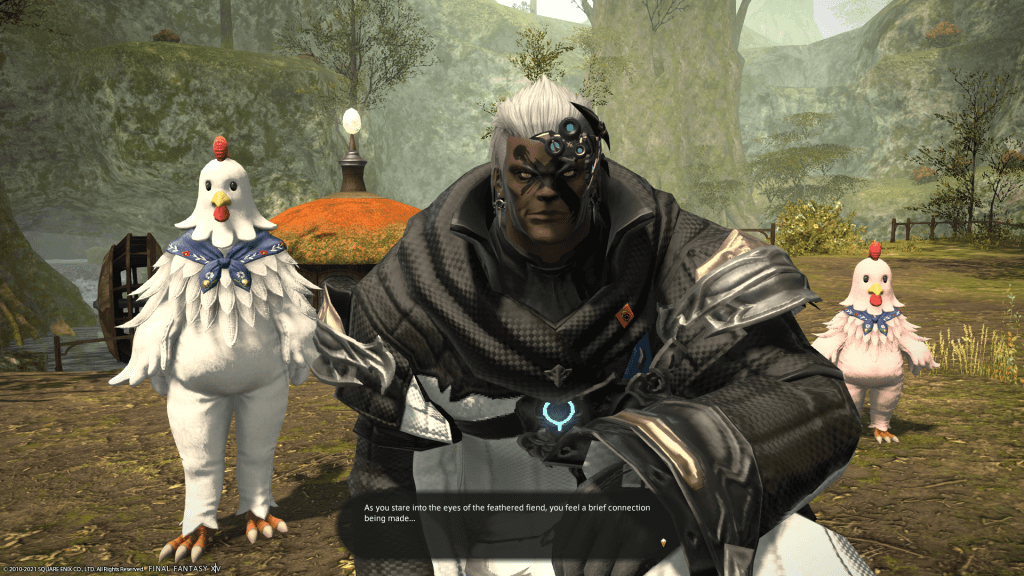 This year, during the annual Final Fantasy XIV Fan Festival, the game’s lead composer and sound director, Masayoshi Soken, took to the stage to admit he had been fighting cancer for much of last year. While he was hospitalized, he continued to compose music as usual, driven by his desire to finish a key song for the latest expansion.

He thanked the playerbase, crediting them for giving him the strength to endure his medical treatment for their sakes — to the point where the cancer was nearly in complete remission. In contrast to Soken’s solemn confession, the game’s producer, Naoki Yoshida, openly wept as he recalled how difficult it was to watch Soken work through his illness. Not only did the music director have to go through chemotherapy, but he also couldn’t have any visitors due to pandemic-related restrictions. In an interview with Fanbyte, Yoshida said he had to watch as Soken’s hair fell out over time via Zoom meetings. To make things more painful for the producer, he promised Soken he wouldn’t tell the rest of the development team about the cancer.

“Why is he working so hard?” Yoshida recounted in tears during the show. The answer was simple. The players were waiting for them, Soken had told him, and “the best medicine to cure my cancer are the cheers from the fans.”

At the end of the festival, Yoshida expressed his gratitude for having his best friend back and thanked the fanbase once more. Many viewers wept with him during his speech. For some, it might’ve been the first time they saw a game developer so open with his emotions. But this wasn’t the only time Yoshida bared his soul to the public.

Last year brought cancer again, this time to a friend Yoshida made in FFXIV. In a letter titled “To My Dear Friend and Comrade,” the producer wrote about the loss of “Maidy” — a player he got to know through blog posts and the “Dad of Light” project. This project was Maidy’s personal efforts to reconnect with his father using FFXIV. It caught the developers’ attention, and the whole thing was eventually novelized and turned into a Netflix TV series called Final Fantasy XIV: Dad of Light. Yoshida met Maidy in person during the production of the series, and the two became fast friends over shared interests. The producer wrote that he regretted not spending more time with Maidy while he had the chance.

“[H]is cancer came back. I have so many regrets regarding that. After he was discharged from the hospital, I should’ve made him go to a specialist to thoroughly check everything out. I should’ve followed up more on his recovery. There were so many opportunities I could’ve met up to grab some food with him, but I thought everything was fine because I saw him smiling, looking like he was well.”

Despite what remorse he had, Yoshida credited the MMO for bringing them together.

“Had it not been for online games, us two would not have even gotten to know each other, but because they existed, we could engage in conversation as if we were long-time friends. […] I want to express my utmost respect and gratitude to him for showing the possibilities that an online game could have.”

The belief that online games can bring people together carries through the playerbase as well. I’d be remiss not to mention popular memes like the Twinning dance (which the devs performed during this year’s festival) and LA HEE. But there are other examples that aren’t just in-jokes, too. As the pandemic cancelled numerous in-person events, it was the players who stepped up to fill in the blanks by holding in-game conventions like Primalcon and creating an Apple store for folks to browse through. (Just in case you missed the sanitized feeling of shopping for Apple products, of course.)

i don't have fancy screenshots like everyone else, i got distracted taking screenshots of the INSANE NUMBER OF PEOPLE THERE #PrimalCon pic.twitter.com/7aVyGvF3Tp

Anyone want anything from the Apple store? pic.twitter.com/2hsvVY4ZCX

Hrothgar Steve Jobs is giving us a presentation of the new apple product and his ghost buddies are backing him up pic.twitter.com/nPBqkzvJ5w

People have also shared one another’s grief by holding memorial services for their deceased friends and fellow players. And, more recently, many lined up in the game’s biggest cities to pay tribute to the late Berserk creator Kentaro Miura.

During his closing speech at the Fan Festival, Soken said he came to a great realization as he recovered from his illness: That games weren’t just entertainment — they could also be very healing.

So if you’re someone I know and you hear me recite my “Have you tried the critically acclaimed MMORPG, Final Fantasy XIV?” speech for the fourth time, please believe me when I say I’m not mindlessly spewing a meme. It’s my way of reaching out, to spend time with an old friend, and meet up in a world where those connections are welcome. In the world of FFXIV, where distance is easily solved by a quick chocobo trip.