The Final Fantasy series is one of the most well-known and best-selling franchises in the video game world. Developed by Square-Enix, this series of role-playing games has produced 15 mainline titles (with a 16th currently in production) since the release of the first Final Fantasy in 1987. It has also been the source material for numerous spin-offs that branched into genres like strategy, racing, and fighting to varying levels of success.

The creators’ ambition gradually went beyond video games. After years of success, they wanted to make Final Fantasy a name in other types of media as well. To that end, they dipped their toes in making other media such as manga, anime, and books.

But that wasn’t enough. The original creator of the Final Fantasy series, executive vice president Hironobu Sakaguchi, decided it was time to break into the film industry.

Sadly, as any budding filmmaker will tell you, the film industry can be very painful. The company’s first movie, called Final Fantasy: The Spirits Within, wasn’t merely unsuccessful; it was such a box-office bomb that it collapsed the studio that created it.

A brief look at The Spirits Within It’s not easy to see why the movie flopped so hard. The CGI looks like plastic now, but it was ahead of its time in 2001. The characters’ movements were wonderfully fluid thanks to revolutionary motion capture technology that even Hollywood was hesitant to touch at the time. Notable actors like Ming-Na Wen, Alec Baldwin, and Steve Buscemi provided their voices (and star power) to the movie. Marketing also appeared to be successful, with outlets like CNN proclaiming the main character, Aki Ross, heralded a new era of sexy, digital actresses indistinguishable from real women.

The plot of The Spirits Within was reminiscent of the popular Final Fantasy games as well. Aki Ross is a scientist in a post-apocalyptic world that has been ravaged by alien-like creatures. These creatures can kill a living being through contact, which means humans have to stay in shielded areas to stay alive. Aki seeks to use her research to find a way to defeat the aliens so humans can flourish again.

Opposing her aren’t only the alien creatures, but also a man named General Hein. He believes mankind can save themselves through brute force, which Aki fears will irreparably harm the Earth. The movie focuses on her race to drive the enemy away through other means before the General destroys the planet along with the aliens.

The fantasy that wasn’t fantastical enough Sakaguchi, who directed the film, wanted The Spirits Within to be like a live-action movie. This wasn’t going to be like a Pixar-animated film for kids. He wanted to push CGI as a medium worthy of being taken seriously in dramatic films.

“He didn’t want it to be a cartoon like everyone else was creating,” motion capture director Remington Scott told Inverse in an interview. “He wanted it to have real emotional characters that were physically real and looked as real as possible.”

But perhaps the hard line against cartoonishness ended up working against the movie. Critics highly praised the graphics, but the plot, they said, was nothing special. A summary on Rotten Tomatoes called the movie’s story “dull and emotionally removed.” Reviewers described its characters as “disappointing,” “boring,” and “one-dimensional.” One critic noted that Toy Story’s Buzz Lightyear and Shrek’s Donkey were more interesting than anyone in The Spirits Within.

Fans of Final Fantasy were similarly disappointed. The movie, despite the name, had little to do with the video game series at all. There were small shout-outs to the games, like the chocobo print on Aki’s pajamas, but it lacked other characteristics fans might’ve expected. And, frankly, there were a few Final Fantasy games that arguably had better stories and more memorable characters than the movie.

In the end, the lackluster story was too much. The Spirits Within fell completely flat.

Putting the “final” in Final Fantasy The technology used for the film caused the developers to go over their budget. They spent a whopping $137 million to make the movie, but only made $85 million at the box office. The losses nearly cost Square its merger with Enix, who balked at joining a company that had just lost a ridiculous amount of money.

The defeat at the box office also hit Sakaguchi very hard. Despite his history of successes with the company, he took responsibility for the film and voluntarily stepped down from his position at Square. He eventually founded his own game studio a few years after the release of The Spirits Within.

The studio that produced the film, Square Pictures, also went under. After making a short film for the Matrix franchise, called The Final Flight of the Osiris, it dissolved to become part of Square-Enix’s video game CGI studio called Visual Works. The folks at Visual Works would go on to create CGI films of Final Fantasy games such as FF7: Advent Children and Kingsglaive: FFXV. Both movies received criticism similar to The Spirits Within: there was plenty of praise for the amazing visuals, but telling a coherent story continued to be a struggle.

The legacy of the beautiful bomb

Square’s bold ambition to make a name for themselves in the film industry might’ve been too much of a fantasy. But it would be a disservice to brush off The Spirits Within as a complete waste of time. The motion capture technology and techniques used for the movie would eventually bring life to The Lord of the Rings’ Gollum. It would become a springboard for other directors who continued to push the limits of motion capture for both films and other video games.

Additionally, the Mass Effect games were also greatly influenced by the sci-fi environments and vehicles in The Spirits Within, according to BioWare art director Derek Watts.

“Our attack helicopters are loosely based off that movie,” Watts admitted in an interview with Xbox World 360 magazine. “There’s some great stuff, especially their glowing GUI screens; we used those a lot. I keep a folder of that stuff and I still actually tell the guys ‘just go back and look at that. Change it like that!’”

Final Fantasy: The Spirits Within, despite its disappointing performance, still managed to leave its mark on Hollywood and the video game industry. It can be a cautionary tale of overreach, a launching pad for inspiration, or an interesting look at Square-Enix’s past. Check it out for yourself to see what spirit it can spark within you.

Final Fantasy: The Spirits Within 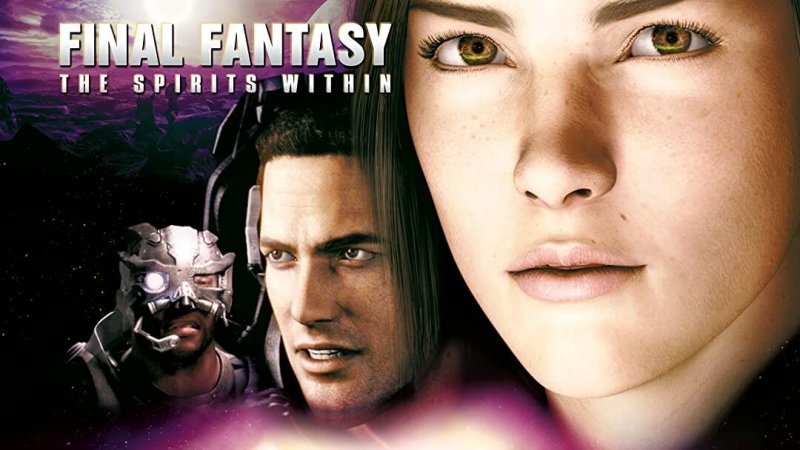