When Steven Spielberg’s A.I.: Artificial Intelligence was released in theaters at the end of June 2001, all anyone wanted to talk about was Stanley Kubrick. Although Kubrick’s final film was the posthumously released Eyes Wide Shut from 1999, his name was on the lips of viewers and critics when A.I. came out because Kubrick was the one who originally acquired the rights to the source material, Brian Aldiss’s short story “Supertoys Last All Summer Long,” and began to try to develop a film version. He was the one who’d shepherded the project for years, attempting and rejecting different special effects, even discussing the movie with Spielberg in the mid-1980s, when the younger filmmaker was becoming a brand. In the mid-1990s, Kubrick offered Spielberg the chance to direct what would become A.I. with Kubrick serving as producer. Spielberg initially accepted, though he changed course and worked on other projects. It wasn’t until after Kubrick’s death that the idea of reviving A.I. was floated, and Spielberg took on writing duties, basing his screenplay and the finished product on the treatments and scripts left behind by Kubrick and Aldiss. This was, the consensus seemed to be, a joint venture between the living filmmaker and the departed one, a belief encouraged by the film’s marketing teams. Whether praising or damning it, critics often echoed some version of the thought that the film was “a curious and uncomfortable hybrid of Kubrick and Spielberg sensibilities,” in the words of Roger Ebert. Additionally, many writers at the time thought the film’s final section—20 or so minutes set two millennia after the events of the rest of the film—were wholly the work of Spielberg, with James Berardinelli writing, “There is no doubt that the concluding 30 minutes are all Spielberg; the outstanding question is where Kubrick’s vision left off and Spielberg’s began.”

This, I would like to submit, is an understandable but totally wrong-headed way to look at A.I. that fundamentally ignores what kind of filmmaker Spielberg had already become. It’s not, as Aldiss himself even said, a case of “Spielberg adding some sugar to Kubrick’s wine,” but rather Spielberg allowing himself to embrace the darker and more troubled stories he wanted to tackle. It’s a bleak, sad, wrenching movie about loss and alienation, but that doesn’t mean it’s a bad fit for Spielberg. On the contrary: it means it’s a good one. The early rap on Spielberg was that he was too cheesy to be taken seriously. He made happy-go-lucky pictures that were pure popcorn entertainment, stuffed with wonder, in love with nostalgia, and devoid of anything deep. Writing in Easy Riders, Raging Bulls, his history of 1970s moviemaking in America, Peter Biskind said that Spielberg and cohort George Lucas “returned the ’70s audience, grown sophisticated on a diet of European and New Hollywood films, to the simplicities of the pre-’60s Golden Age of movies….They marched backwards through the looking glass, producing pictures that were the mirror opposites of the New Hollywood films of their peers. They were, as [Pauline] Kael first pointed out, infantilizing the audience, reconstituting the spectator as child, then overwhelming him and her with sound and spectacle, obliterating irony, aesthetic self-consciousness, and critical reflection.”

This is, in the tradition of a troubling amount of film criticism, technically accurate and emotionally misleading. Spielberg could absolutely capture a sensibility of classic entertainment and emotion that harked back to an earlier era, from the serial-revival Raiders of the Lost Ark to the soul-wrenching E.T.: The Extra-Terrestrial. But to pigeonhole Spielberg as a man obsessed with whiz-bang magic and nothing else is to miss out on the work and emotion of one of the great filmmakers of the 20th century, a man who has spent his career haunted by loss, grief, and absence that he’s transmuted into film. Look how many fathers are barely around or not there at all, whether it’s the single mom in E.T. struggling to understand her kids’ ordeal or the father in Close Encounters of the Third Kind who just abandons his family to chase and potentially live with aliens. Jurassic Park is all about a surrogate family. Hook may have been so bad that Spielberg didn’t make another children’s picture for almost two decades, but it was undeniably a movie about a neglectful father realizing almost too late that he needed to save his kids from a life where they didn’t need him.

To say nothing of the movies where Spielberg wrestles with the atrocities of man. He’s spoken of how he drifted away from the Jewish faith he was raised in as he grew older, only to “rediscover the honor of being a Jew” in the early 1990s, before producing and directing the masterpiece Schindler’s List. There’s Munich, in which he revisits the ideas of vengeance and regret. There’s Amistad and Lincoln, in which he interrogates America’s myths about its forming. There’s Saving Private Ryan, instantly historic for redefining how war was portrayed on film with its stunning recreation of D-Day, but truly great for its appreciation of the weight, horror, and pointlessness of war. And on, and on. All that to say, Spielberg and “Spielberg” are two totally different ideas, and the second one isn’t real. This is why he’s such a good match for A.I., which is just a reworking of Pinocchio with the sheen of modern technological dystopianism.

If you haven’t seen it in a while, some broad strokes: the film stars Haley Joel Osment as David, a lifelike cyborg created by a robotics company looking to provide parents with substitute children to love. Set in the 22nd century, the film’s world is already full of robotic servants, sex dolls, and smart homes, but the advent of the David line heralds a new milestone in the attempt to create a truly functional artificial intelligence that can love, yearn, and desire on its own. Henry Swinton (Sam Robards) works for the company that created David, and he’s allowed to bring one home to show his wife, Monica (Frances O’Connor), as a possible addition to their home; their son, Martin (Jake Thomas), is in suspended animation while doctors work on a way to fight a disease he’s contracted. Monica rejects David at first but later comes to accept and then enjoy his presence. When Martin is healed and returned home, she eventually takes David out to the woods and tells him to run away, reasoning that it’s better for him to be lost than destroyed by the manufacturer that wants him back. This launches David on a journey to return to Monica, which he reasons he can only do by becoming a real boy the way Pinocchio did. Pinocchio had a blue fairy, so that’s what David sets out to find.

The film isn’t without its flaws. It feels like several shorter stories glued together, never quite feeling settled as it moves from David’s time with Monica (which takes up the first third of the film) onto his journey into the dark wider world and the eventual far-flung epilogue. And (mild spoilers for a 19-year-old movie coming up) while the finale attempts to give David some emotional closure by sending him far into a future run by A.I. beings who let him resurrect Monica for one magical final day—turning him into the parent and her into the artificial intelligence—it feels disjointed and lackluster knowing that there was no real “resolution” within the timeline of the story. That makes for a cold, often brutal viewing experience.

Yet it’s that coldness and brutality that give the film its queasy appeal, and are what Spielberg has proven time and again he’s so skillful at depicting. It’s not just the compelling film grammar—this is a movie hounded by mirrors, reflections, duality, and the wishful imagery of halos and wings—but Spielberg’s relentless dedication to telling this sad, grim story. The scene of David’s abandonment in the forest stands as one of the most unsettling Spielberg has ever made, and it’s in stark contrast to the abandonment whose fallout we never saw in Close Encounters. It’s about separation and pain.

Indeed, the film’s Flesh Fairs—roving carnivals where the masses cheer on the destruction of robots, who beg for their lives while being doused with acid or pulled limb from limb—can be seen as a reenactment of the mass slaughter Spielberg’s depicted in everything from Schindler’s List to Saving Private Ryan. Loud, garish, screaming crowds, exulting in the death of things they hate and don’t understand, welcoming the howls of torment that echo here and reverberate through so many of Spielberg’s films. If there’s anything that A.I. does that no one expected at the time, it’s how much it presaged the apocalypse. This was a film, after all, that arrived before anyone had ever heard or used phrases like “social media” or “smart phone” or “download the app.” The level of voice-recognition technology we take for granted today was still outlandish in 2001. Yet A.I. is a movie about how we obsess over the things we build, and how the things we build eventually come to determine the course of our lives in ways we cannot understand. Watching it now, it doesn’t seem overly bleak, or cold, or anything like that; it feels like a message sent from our future selves, warning us about something we were already too late to stop. 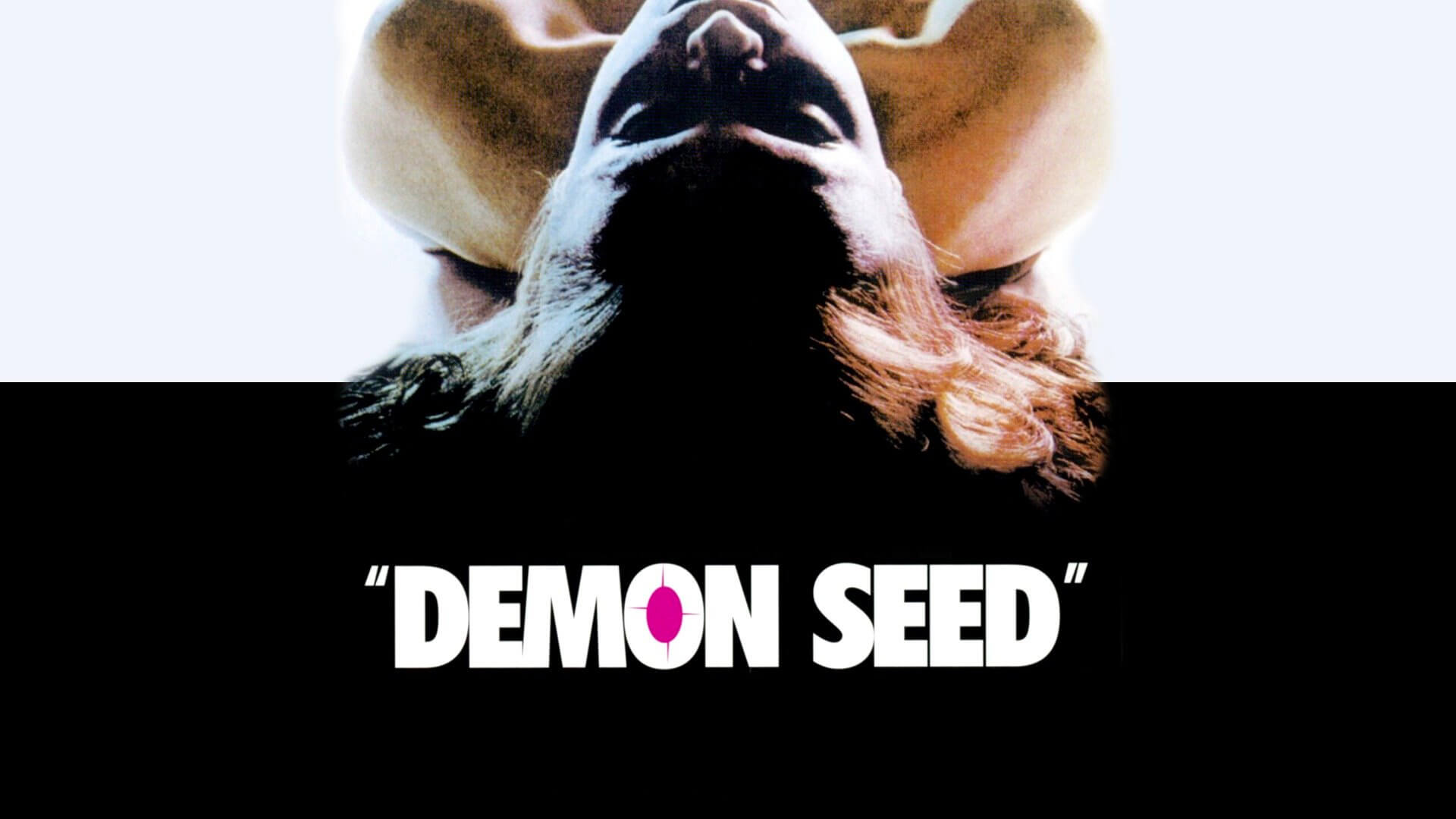