Welcome back, everybody. It’s reunion time, so break out the potato salad and hide your valuables so your thieving-ass second cousins don’t walk away with anything but a full stomach.

Episode three of Outer Banks concluded with all our protagonists converging on Charleston. Pogues if by land. John B if by sea.

Pope, JJ, and Kiara are in town to meet with a mysterious benefactor with evidence to absolve John B of any wrongdoing. Meanwhile, John B and Sarah pulled into harbor after driving their boat from the Bahamas, which from their location on the islands works out to about 556 miles.

Now I don’t know how boats work, but this seems like a pretty long distance to cover for two people in a stolen boat and one of them just had a bullet removed from their gut. Sound off in the comments about this very common situation.

Anyway, John B and Sarah walk into town and immediately seek proper medical attention for her gunshot wound and subsequent back-alley surgery. Nope! Not at all. They steal a man’s money clip and buy some gas station hot dogs to gobble down on the humid streets of Charleston as if nary a one of them was recently bleeding out.

Pope is singled out to meet with the mysterious benefactor, Mrs. Limbrey, who was betrayed by Ward in the search for the gold. We are subtly informed that Limbrey is that sort of religious where you believe in angels, but not dinosaurs. She spends a lot of time on Facebook arguing that bananas are proof of intelligent design and Monster Energy drinks are agents of Satan.

Anyway, Limbrey will exonerate John B in exchange for “Denmark’s key.” She is convinced that Pope knows the whereabouts of the key, which leads to the “real treasure.” Naturally, Limbrey and her henchman try to take Pope captive, and he is forced to make a daring escape.

Fleeing the scene, Pope and the gang finally cross paths with John B and Sarah. They all pause. The score swells. Everyone is impressed with Sarah’s mutant healing ability. They all scurry to the boat and escape as an upbeat pop song plays. We will all be young forever and never die.

Reunited, they go to one of those very common docks that are open for anyone to use at any time and where there are free watermelons sitting around to eat. My favorite thing about Charleston is the abundance of convenient parking and free food.

Instead of talking about the failed gold heist, near-death experiences, or the ongoing manhunt for John B, our characters discuss if Pope and Kiara are going to do it. This seems accurate for teenagers. That really is a time where you’re less concerned with your actual mortality than you are with the little death.

Arriving back in the Outer Banks, Ward has that conversation that is common among parents: explaining to his wife that their son shot their daughter during a gold heist in the Bahamas. Ward assures his wife that it was an accidental shooting (still bad!), but she knows that Rafe is not well. Perhaps she was tipped off by all the attempted murder.

John B and the gang quickly make it back to Outer Banks because I guess they learned the power of instant transmission on Planet Yardrat. Since they are all definitely wanted by the police and/or well-connected and ruthless Southern families, the gang goes on a beer run. Beer run!

Somehow this results in them being spotted by one of Rafe’s friends. I would think, if I was a murder suspect, I would not have gone on the beer run with everyone else. I would have waited on the beer.

Rafe responds to the news of John B’s return by immediately purchasing a sizable amount of cocaine and trying to get his hands on a gun. That escalated very quickly. Joining forces with his drug dealer, Rafe sets out to continue his killing spree.

Rafe and the drug dealer arrive at John B’s house and immediately reveal their presence. This gives John B and pals time to hide out in a tree until the next morning. I can’t believe the cocaine-fueled adolescent maniac wasn’t more stealthy. The Kool-Aid Man is more covert.

Following this failed murder plot, Sarah decides it’s time to go reason with her father. Ward spots Sarah as she arrives home. He is relieved that she is alive. Sarah gives her father an ultimatum. She promises that she will testify against her brother regarding the sheriff’s murder unless Rafe turns himself in.

Ward refuses to side with Sarah. She leaves, and Ward immediately calls the police. Authorities descend upon John B and the gang. They attempt to escape through the marsh. Realizing there is no hope, John B turns himself in.

We are reaching the nadir for our heroes. Cue the sad prison montage.

John B is placed in jail, which is a bad place for him to John be. He faces the death penalty. He begins documenting the events of season one, which I can assure you is quite the challenge.

Ward bribes a guard to arrange John B’s death and stage it as a suicide. What are you doing, show? Prison assassinations? What is happening? Outer Banks? More like Hired Shanks.

Pope talks to his dad about the mysterious key to a long-lost treasure. For a second, I want you to imagine walking up to your father and trying to conduct a serious conversation about a mysterious key. When was the last time you mentioned treasure to your father? My dad would never stop making fun of me. And I can’t blame him for that.

Apparently, the key was something that Pope’s great-grandmother always wore around her neck. That’s really convenient. Maybe Pope should just ask his dad if he has $400 million in gold and evidence to absolve John B.

Later, Pope manages to discover the key’s secret hiding place with minimal effort. Even better, he immediately knows that if you shine a flashlight at the key while stirring up a cloud of dust, it will reveal the secret message, “The path to the tomb begins in the island room.” Pope is great at riddles and breaking and entering. All he needs is some childhood trauma and he can go fight Batman. JJ visits John B with designs on staging a jailbreak. He instructs John B to fake appendicitis so that he can bust loose en route to the hospital. The escape plan relies solely on cooperation from JJ’s cousin, who works as an EMT.

Incredibly, JJ hasn’t even asked his cousin to cooperate and ultimately has to steal his ambulance. This is such a bold series of decisions that I’m surprised JJ didn’t propose using a time machine to free John B.

“But JJ, where are you going to get a time machine?”
“Future me will have by then.”

While JJ impersonates an EMT, Rafe — now crackling with madness — intercepts Sarah’s texts to their little sister. He arranges to meet her at the docks later that night. Why Sarah doesn’t question her much younger sister’s desire and ability to hang out at the docks at night is a mystery in itself. Anyway, they meet and Rafe tries to drown Sarah.

Back at the jail, the bribed guard hands an inmate the key to John B’s cell. The inmate attacks John B and begins to strangle him. Everyone is being murdered in this episode. Darth Sidious has executed Order 66. It’s a murder montage!

At this same moment, JJ arrives at the prison in the ambulance. A patient is forced upon him, and when he leaves in the ambulance, a slew of cop cars begin following behind. All hope seems lost. We need a hero now more than ever. Otherwise this show will just be Pope solving an increasingly complicated series of puzzles while juggling a strained romantic relationship and being pursued by a wealthy family of zealots. Hmmm. That actually sounds like a really good show.

But wait. Who should appear but season one’s breakout star and Sarah’s former love interest, Topper. Ol’ Top knocks out Rafe and saves Sarah. Meanwhile, Kiara runs a distraction that allows JJ to escape from the ambulance and the police. Can we make it a hat trick?

Yes. John B manages to gain the attention of additional guards who sound the alarm. His attacker leaves with a promise to return. Hired Shanks? More like Later Thanks.

The new sheriff appears rattled by John B’s attempted murder. He meets with a fed who has run a check on the gun that Pope and the gang insisted Rafe used in the murder. Ballistics and fingerprints check out, according to our unnamed agent.

The following morning, Ward wakes to look out over his property. It’s nice to own land. But wait! The property is suddenly swarmed by FBI agents. Could this be the end of Ward’s reign of terror? Tune in next episode to find out. 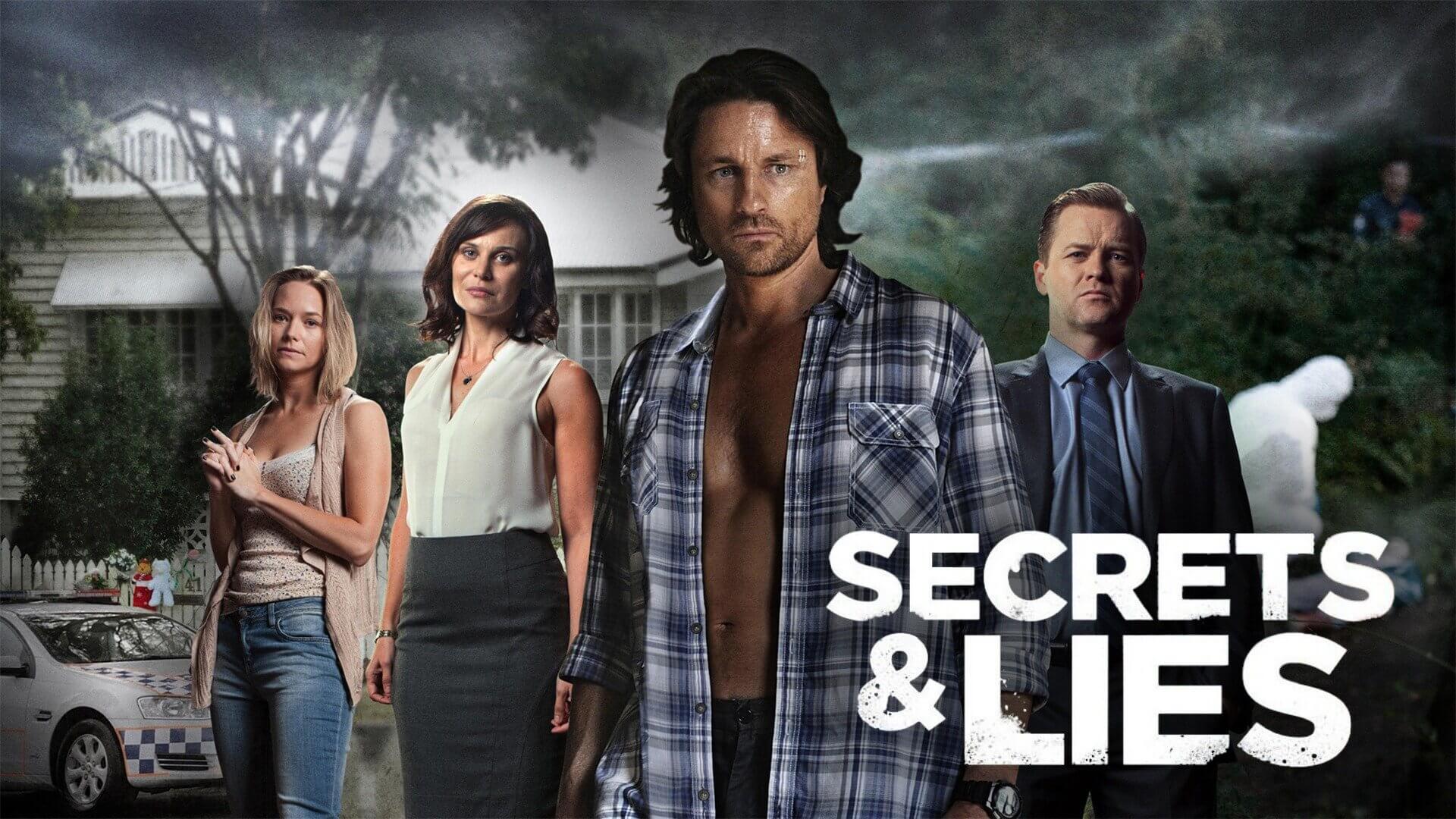