And they are so ready to start a fight.

It’s become something of a meme to talk about geese being assholes with a reputation for causing bodily injuries. But actually, a lot of this is due to a misunderstanding. Geese, including the notoriously aggressive Canadian geese, don’t attack for no reason; you’re probably near a nest or their babies, whether you know it or not. And they have a good reason to be so protective; their chicks can be preyed upon by predators at any moment. They have to have the guts to stand up to hawks and be steely enough to drown a tern invading their nest.

That’s why they aren’t afraid to go wild on humans. And I mean really wild. “Goose attacks have resulted in broken bones, head trauma, and emotional distress,” cautioned Geese Relief, a humane goose control company, on its website. “Many of these injuries occur when the person tries to avoid an attacking goose and trips and falls.”

Despite the reputation of these birds, I honestly respect them for their ferocity. They’re not the biggest animals, but they’re willing to stand up to (perceived) threats more than three times their size. Even charging cattle and curious giraffes don’t sway them. If I had just an ounce of the goose’s gumption, I thought during a slow afternoon, I’d be unstoppable.

And that’s how Untitled Goose Game turned into a power fantasy.

The Power of a Power Fantasy

People don’t usually talk about power fantasies in a positive light. As stated in the name, it’s a type of fantasy that typically fulfills aggressive desires — like making your ungrateful boss grovel at your feet or snapping back at a screeching customer without repercussion. It’s the gritty “fuck the rules” of Fight Club and the “ordinary man is actually a rare, super special, powerful hero” of The Matrix. Because a power fantasy usually involves overpowering your frustrations through force (rather than, say, emotional stability and reasoning), it’s not always seen as a good thing.

It’s not uncommon to talk about this trope when discussing video games because the player character often times fits the definition. The main characters of the Grand Theft Auto series, for example, are arguably power fantasies. They are people who can shoot, run over, and blow up whatever they want with few consequences. Need more money? Beat someone up for it. Want a nicer car? Steal it. Got the cops on you? Explode ’em. Nothing can stop you.

To me, Untitled Goose Game contained a similar feeling of strength and mayhem. You play a goose looking to make some mischief. You start out with petty tricks like hiding boots and unlocking gates. But, soon enough, no one can stand up to the chaos you create. By the end of the game, you’ve established yourself as a bane to anyone trying to go about their normal day.

In Untitled Goose Game, the goose is power. How can a goose be a power fantasy? For me, it had a lot to do with the year 2020. It’s part of my job to track the news every day and find something current to write about, and I spent nearly the whole of last year submerged in reports and videos of police brutality, the suppression of protesters, people screaming about masks, and increasingly concerning online threats. At some point, I couldn’t even watch a movie with human-on-human violence without feeling stressed. I needed a break, even if it was only going to be for a few hours.

That’s how Untitled Goose Game came to my rescue.

See, the fun thing about power fantasies in video games is the sense of agency it offers the player. You’re the one with all the power, so you get to let out your stress in a way you can control. This is how the goose’s (relatively) harmless harassment of the townspeople was the perfect power trip for me. Nobody dies as a result of the goose’s shenanigans, but I still had the ability to ruin days, scare small children, and throw someone’s belongings into a lake.

It felt so good. No one could stop my goosey wrath.

As the game progressed, I continued my crimes against humanity by dropping a bucket on a man’s head and stealing someone’s seat just as they were about to sit on it. I ran around pulling tricks on NPCs like an evil member of The Three Stooges gone rogue. And the game encouraged it, embracing the goose’s horrible nature, by giving me plenty of time to have my fill of tormenting people. At no point was I stopped or forced to progress within a certain time limit.

The satisfying feeling of getting away with mischief continued all the way through the end of the game. No spoilers, but rest assured that the conclusion truly highlighted the goose’s wonderfully unstoppable nature. 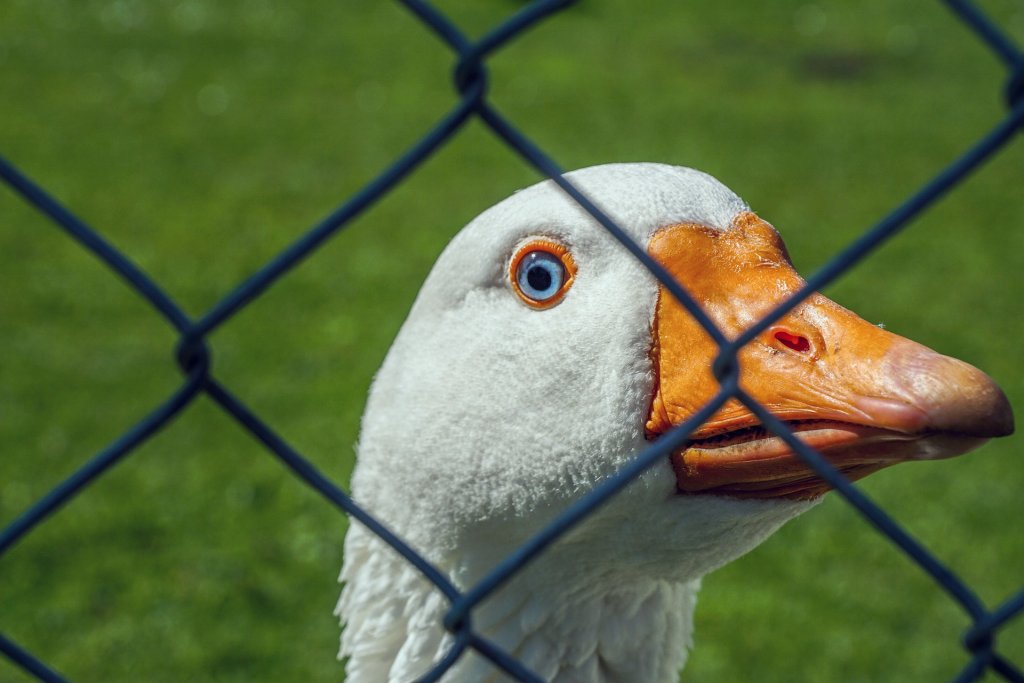 For a few glorious hours, Untitled Goose Game granted me the fearlessness and strength of a terrible goose. It was a surprisingly empowering and relaxing gaming session for me. Turns out that playing a goose was a lot better than playing a dude with a gun performing actions that, thanks to the entirety of 2020 in addition to more recent events, might’ve reminded my brain of domestic terrorism. If that sounds wild to you, then believe me when I say I needed a break from the news.

So big props to the developers, House House, for coming up with such a clever idea. Untitled Goose Game might’ve started as a joke, but it ended up being a seriously enthralling experience of bird godhood.