Remember when The Walking Dead became an overnight undead sensation and started shattering AMC viewership records? Between eleven announced seasons, planned theatrical features, spin-offs, and however else producers can capitalize on the still-thriving phenomenon (web series, mobile games, etc.), The Walking Dead changed the silver screen’s outlook on zombies. Dramatic horror television became a commodity, giving rise to the Z Nation and Black Summer hopefuls across competitive providers. Everyone craves their piece of the flesh-chewing, emotionally-invested apocalypse storytelling boom, including HBO, with the announcement that Pedro Pascal and Bella Ramsey will star in the company’s upcoming serialization of Naughty Dog’s award-winning The Last Of Us.

Why the bite-sized recap? Because while the horror fan in me continues to relish mutilated spoils of market oversaturation, I’m still hoping one of my favorite multiplayer gameplay experiences can become a rip-roaring “infected” program that leaves those “civilization breakdown” shows in its whirlwind dust. I can’t wait for The Last Of Us, don’t get me wrong, but now adapt Left 4 Dead, you cowards.

For those unfamiliar, Valve’s doomsday first-person-shooter series spans two video games with multiple chapters as “The Survivors” blast their way through hordes of runners, bruisers, and pukers created by a rampaging “Green Flu” pandemic. The generalization of “Point A” to “Point B” playthrough mechanics aren’t groundbreaking, since overarching narratives follow a squad of four as they scramble towards evacuation points. It’s not as inherently cinematic as the Resident Evil franchise, nor Uncharted-type experiences, and yet Left 4 Dead still lodges within my memories between eerie backdrops, spunky protagonists, and maniac monsters. There’s a reason why enthusiastic gamers still pester developers with AMA inquisitions about Left 4 Dead 3 (presumably a lost cause), based on Valve’s exquisite crafting of their infection universe. It starts with playable avatars, bred from the typical balanced squadron dynamics from heavies (Francis/Coach) to agile and fearsome women (Zoey/Rochelle). Gun nuts provide artillery expertise (Bill/Ellis), while those “you gotta be kidding me” fillers don unfitting dystopian attire (Louis/Nick). Cutaways don’t necessarily value cinematic interludes minus an opening introduction in Left 4 Dead and another murder-montage in Left 4 Dead 2. Still, in-game voice acting provides a sense of personality in characters that matches their outward appearance. Nick’s riverboat gambler snark fits with his Louisiana-hazy linen suit, ditto for Francis’s tattooed biker barking gruffness. As survivors save each other’s bacon, we live their panic, sweat their perspiration, and become one with their unfathomable battle against ultimate evils.

Desmond Harrington could slither right into Nick’s charming slickness, or Romany Malco could channel the skittish, bad-day-gone-worse Louis (corporate attire and all). It’s telling when you can immediately fan-cast video game characters based on further merit than their costumes and facial trails, like how Stephen Lang is virtually the only choice for Bill.

Like The Last Of Us, Left 4 Dead introduces the idea of “Specialist Infected” in addition to the speedy grunt ranks that dash with the urgency of Zack Snyder’s Dawn of the Dead masses. From Boomers who spit and explode bile to the parkour-sneaky Hunters who pounce from shadows like nimble, infected assassins, these souped-up baddies instill a sense of individuality within advancing threats. Any Left 4 Dead obsessor knows the chills that strike when hearing vulnerable sobs of an unaware Witch, or the soundtrack alert of an incoming Tank, or even the cackle of a Jockey who steers its blind victim towards danger. Mutant designers made sure to spice their attackers with variety, and “Versus” combat added arena modes where players could control Smokers, Spitters, and the like, helping “Special Infected” become noteworthy characters on the opposing side.

Long story short, I’m desperate to behold any one of countless horror directors “wake” a Witch. Left 4 Dead’ers undoubtedly will forever recall the in-game experience that caused so many shouted cuss words into headset microphones as co-op buddies frantically tried to defeat the berzerk mini-boss. Whether or not an adaptation wants to benefit from recognizable locations, Left 4 Dead and Left 4 Dead 2 resemble smaller movies in a larger franchise. Left 4 Dead opens in the metropolitan city of Fairfield (“No Mercy”) then shifts to an industrial storage area (“Crash Course”). Tunnels and churches accentuate the rural highway rambling of “Death Toll,” and “Crash Course” is about reaching Metro International Airport before “Blood Harvest” concludes the first arc with a farmhouse military outpost.

Left 4 Dead 2 begins with survivors fighting their way through Georgia towards Liberty Mall to escape via racer Jimmy Gibbs Jr.’s finely-tuned roadster on display. “The Passing” explores barges and factories, then “Dark Carnival” navigates Whispering Oaks Amusement Park and Fairgrounds because every game needs rabid, human-hungry clowns. “Swamp Fever” brings hazy marshland plantation vibes, “Hard Rain” saturates another abandoned town in weathered gloom, and “The Parish” welcomes survivors to New Orleans. You can smell the festering corpses and taste the rotten gumbo stench, as all these locales have their distinct variations on commonplace horror film landscapes.

A mall as an ode to Dawn of the Dead? An amusement park standoff like in Zombieland? I’m not decreeing Left 4 Dead and Left 4 Dead 2 wholly unique. Valve does their homework and applies new polishes to locations where horror thrives for atmospheric reasons. Get your kicks in the carnival, then quiver as your boots sink into a boggy slop with zombies chasing two clicks behind. The options? They’re endless. I demand my Left 4 Dead show because, as mentioned, slow-burners like The Walking Dead and knockoffs have shifted focus onto survivors living adjusted lives under recalibrated morality. Left 4 Dead throttles into the B-grade mayhem that makes each chapter feel like its own midnighter, getting wild and wacky amidst dreadful stakes. Maybe it’s how “Dark Carnival” ends with survivors signaling rescue via ignited pyrotechnics left behind by rock headliners Midnight Riders, as players defend against neverending infected ranks to the tune of wailing electric guitars. Not to mention the unlockable achievement “Guardin’ Gnome” players earn for winning Gnome Chompski at a fairground stall contest, then carrying said garden gnome throughout the entire “Dark Carnival” campaign and into the rescue chopper. I can still remember beating infecteds senseless atop a wooden roller coaster with Chompski’s pointed cap, all in the name of a few Xbox gamer points. That’s the lunacy Left 4 Dead inspires, which could so entertainingly translate into an experience that’d counterbalance the quieter, less boisterous horror trends found in something like The Last Of Us.

In the ways that Barb and Star Go to Vista Del Mar and Ted Lasso transport comedies back into a realm of nonsense, switch-your-brain-off fun, a Left 4 Dead series can do the same for infected/zombie programs that have become the new soap operas. At least, that’s by my imaginative standards.

Granted the benefits of big-budget television attention, I see Left 4 Dead as the lovechild of World War Z and Zombieland. Something high-intensity, colorfully chaotic, and everything the Dead Rising movies never became. Steam community members still, to this day, keep Valve’s action-horror classic alive through in-game mods and animated videos using Left 4 Dead skins because that’s the level of fandom these games inspire. Put to screen, especially via expanded episodic depths, exists a possible vision of Hell on Earth that would juxtapose rag-tag survivor chemistry against CEDA government failures as evacuation hopes continually end in tragedy throughout an ongoing war that never seems winnable. A blend of macabre battleground comedy, safe-house banter, and these nuclearly energized, extravagant defenses against the psychotic reanimated dead. Where’s my 28 Days Later remix about hijacking NASCAR whips, chainsawing through Smoker tongues, and turning concert venues into carnage-covered wastelands? I stopped watching The Walking Dead for a reason; Left 4 Dead is the horror-comedy-calamity adaptation we need to shake the system right about now. 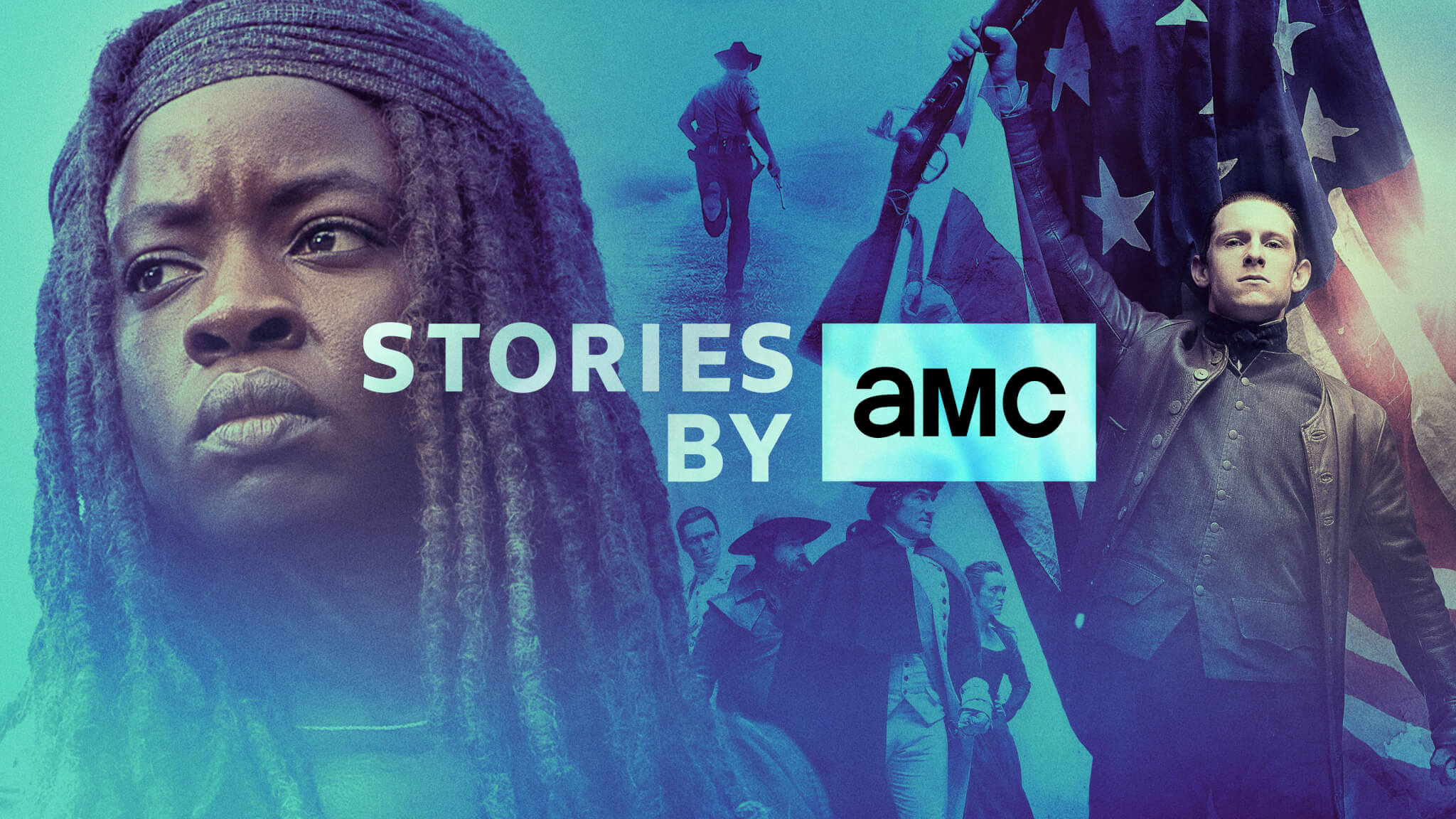