I have to admit I went into Godzilla vs. Kong just wanting to watch something that would grab me by the ears and scream into my face until all the pressure and anxiety of everyday life was drowned out. And while this movie was by no means subtle, I did walk away with a more specific piece of analysis I want to share.

What most impressed me about Godzilla vs. Kong — beyond all the spectacle and special effects — was just how well the movie understands its monsters. This goes beyond your average creature feature.

A common mistake in this sort of kaiju pictures is that the writers and directors forget that audiences actually love their monsters. That’s what people are here to see. There’s a reason that Godzilla and King Kong have survived so long in the cultural landscape.

These are two characters who have been a part of cinema longer than Michael Corleone, Luke Skywalker, and anyone you’re bound to see pop up in the Marvel Universe. They’re more than just a giant radioactive lizard and a wayward ape. Even if they aren’t always treated with such respect.

That’s why Godzilla vs. Kong was so refreshing. The filmmakers focused on their monsters. They allowed these ageless titans to breathe as actual characters and not just two bland CGI beasts for the human cast members to look up at and deliver dialogue.

Starting out we see that Kong is what he’s always been — a sympathetic giant with enough humanity to win us over. The film opens with a montage of Kong’s morning routine. He awakes and lumbers to his feet. He yawns and scratches his ass as he rouses just enough to start the day.

Unlike Godzilla — who is always accompanied with his imposing orchestral theme — Kong’s sequences are often scored with pop songs. Again, this serves to make the character more relatable, more vulnerable, more human.

Another smart piece of characterization is giving Kong the gift of language. In a scene that definitely had Jane Goodall downing her drink and smashing it on the floor in celebration, we learn that a child has secretly taught Kong sign language. Again, all these relatable traits cause us to see ourselves in Kong. Which in turn makes his altercations with Godzilla all the more frightening.

If Kong is the movie’s sympathetic lead, Godzilla is its reckoning. Unlike Kong, we don’t see Godzilla sleep, communicate, or yield. That’s because the movie lets Godzilla be what it’s always been — a fury.

There is no shortage of examples of writers trying to neuter Godzilla. A lot of this stems from the commercial challenge of marketing a walking allegory for the nuclear bombings of Hiroshima and Nagasaki to the masses. That’s how you end up with Godzooky, the Scrappy Doo of the Monsterverse. We get no sense of the watered-down super lizard in Godzilla vs. Kong. Godzilla is cast as the other. An unknowable force of natural destruction. This is highlighted during the battle scenes between Godzilla and Kong.

Repeatedly throughout the movie, we get POV shots from Kong’s perspective as Godzilla bears down in a violent assault. But we never once see through Godzilla’s eyes. For however much of ourselves we see in Kong, Godzilla is something unrecognizable.

So what does the movie actually accomplish by taking the characters of Godzilla and Kong seriously. Well, it means all the other goofy, ridiculous shit is a lot easier to digest.

A bunch of scientists follow Kong down into the Hollow Earth — the otherworldly territory at our planet’s core. In my notes I described the Hollow Earth like this: “The sky is the bottom of the ground, and it’s covered in clouds.”

That’s nonsense. But since the movie has made me emotionally invested in Kong, I’m just happy to see him locate his motherland.

Millie Bobby Brown is in this movie, and they choose not to have Eleven from Stranger Things visit the Upside Down?!

Also, this movie’s villain is a tech genius who has constructed transcontinental monorails, subterrestrial aircraft, and Mechagodzilla. It’s basically like someone asked, “What if Elon Musk wasn’t so full of shit?”

Another minor note, but the most obvious example that this movie respects its source material is the look of Mechagodzilla. A lot of filmmakers would have tried to modernize the monster’s classic look. Instead this Mechagodzilla looks like it was constructed with an Erector Set, and it’s fantastic. Before I sat down to write this article, I ran the general premise by someone. Their response was that it sounded like the filmmakers behind Godzilla vs. Kong put in way too much effort for what they were making. I don’t think anyone would feel the same way if this was a different type of movie.

On a surface level, it does seem a little silly to put so much thought and consideration into a movie bought and sold on the promise that King Kong is going to punch Godzilla in the face. I fully understand that, even after having sat down to share my thoughts.

But if you dig a little deeper — INTO HOLLOW EARTH — you see two characters in search of a fair shake. Sure, they’re monsters. But sometimes we need monsters to show us what we really are. 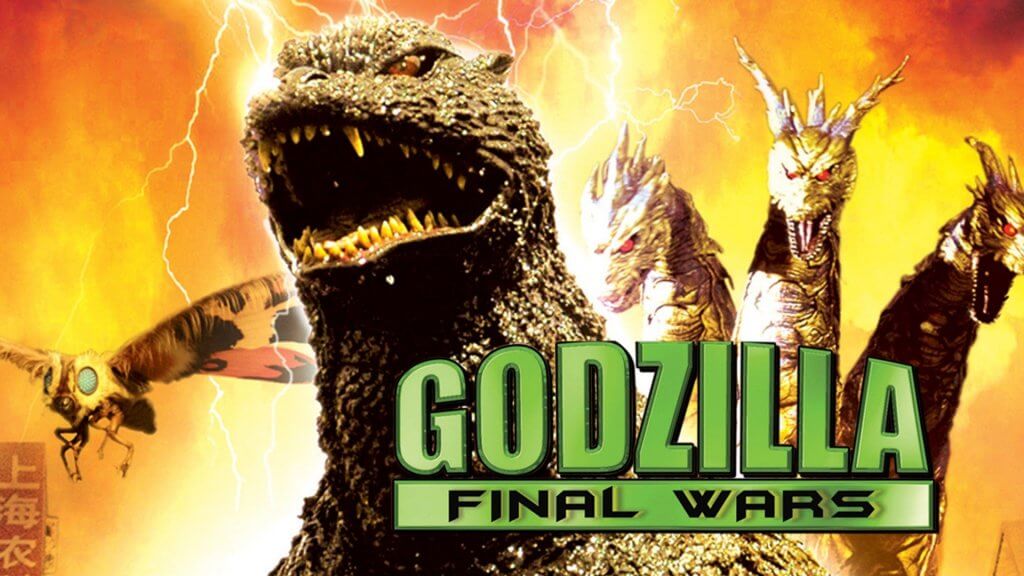