This Thanksgiving, I’ve decided to distract myself from the isolated drag of celebrating alone, within apartment walls that’ve been my only landscape for eight months, ordering Chinese food while “Zooming” with immediate family on the opposite coast. I don’t confess this for sympathy; it’s a pandemic, and countless transplants, like myself, are acting in our country’s best interest (unlike, you know, our government). I’m thankful for parents who understand why traveling is such a no-no right now, for the ability to virtually connect with them, and most importantly (this year only), for the bounty of streaming horror releases at my fingertips.

For funsies, I thought I’d spend Turkey Day (when I’m writing this piece) by giving thanks to the horror genre because even though spirits are down, it’s important to remember that there’s always something worth our appreciation, our gratitude. No matter how small or “insignificant.” Giving thanks doesn’t have to be a grand gesture and can, in this case, be about thanking horror cinema for a few of our favorite aspects. Here are three of mine. What about you? In the throes of post-meta aughts horror trends, companies like Platinum Dunes gobbled up existing intellectual properties to remake with the “grit” and “sternness” of ’00s signatures (Zack Snyder’s Dawn Of The Dead is a perfect example). Audiences complained about the death of originality, and in some cases (Cabin Fever being remade using the same script), their frustration is valid. Still, out of this fad came countless reimaginings that showcase how existing ideas can become something unrecognizable and triumphant in the right hands. Not all remakes are created equal, which I’ve been exploring monthly in a column I’ve titled “Revenge of the Remakes” over at Bloody Disgusting.

I direct attention toward releases like the previously mentioned Dawn Of The Dead, Franck Khalfoun’s Maniac starring Elijah Wood, or Breck Eisner’s The Crazies (now streaming on Plex). Snyder upends George A. Romero’s more classic vision of zombies and consumerism satire by injecting a rabid action-horror intensity. Khalfoun morphs the sleaze of Will Lustig’s slimeball stalker flick into something artful, mortifying, and capable of using first-person in a way that’s borderline mistakable for snuff. Then there’s Eisner’s own Romero reinvention, again afforded more of a straightforward horror meanness. If you’ve been a remake hater based on preconceptions alone, these are the titles that’ll swing your opinion.

I’m thankful for international horror in general, but specifically, I’m smitten by the excitement and folklore South Korean filmmakers promote. The best word that I can use is “epic,” as the scale and scope of these dominate American horror productions that keep budgets tight hoping for more lucrative returns. In a way, there’s more honor in the genre and respect paid toward creators. Locales are more colorful, imaginations more ferocious, and filmmakers are unafraid of meddling in the darkest creative reaches, yet still favor the spiritual and whimsical.

If you’re looking for a double bill that best offers a taste of South Korean horror flavors, look no further than Plex. The high-speed zombie thriller Train to Busan and the demonic sickness of The Wailing demonstrate two distinguishable speeds of South Korean genre approaches. Train to Busan is the speeding bullet that keeps adrenaline pumping while The Wailing is part cop procedural, part workplace comedy, part possession nightmare. Rare films that endure daunting runtimes (South Korean horrors typically run in the two-hour range) because there’s no fluffy filler. Proof that sustained tension, cultural empowerment, and outside influences can provide that burst of ingenuity when you’ve grown accustomed to horror movies looking like replicants after a while. Sorry, Mom. Don’t expect grandkids anytime soon, or maybe ever, thanks to a slew of pint-sized monsters masquerading as sons and daughters. There’s no more useful tool in horror than innocence destroyed, and watching sinister toddlers operate under the guise of parental adoration is massively unsettling. Something like, immediately coming to mind, the facade built in Orphan (an older child, but nonetheless). Easily memorable in Pet Sematary. The list goes on, and even better when filmmakers level deserved punishments against said playtime murderers.

Streaming on Plex is Tom Shankland’s The Children, a winter wonderland massacre that even features Christmas themes (a key to my jagged peppermint heart). Families congregate for sledding and vacation boozing, but their offspring are driven mad by some invisible force that turns them into psychopathic killers. Mothers and fathers must defend against their brood or be stabbed to death, amongst other gruesome demises. Shankland pulls no punches and inflicts trauma upon characters of all ages. Truthfully, in its purest definition, The Children breaks down so many caregiver paranoias into their most viscerally appalling forms (which, around these parts, is a good thing).

Being thankful for horror is enough to carry us through even the most hellish of holiday seasons. 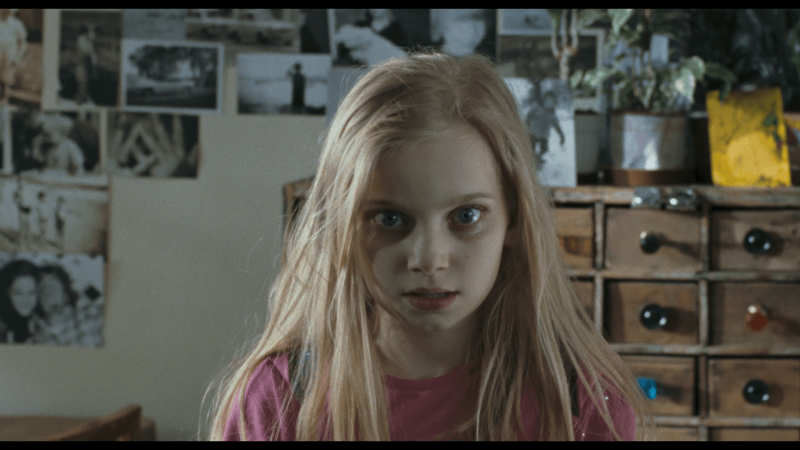