Well, we’ve reached the conclusion of our journey together with Zac Efron. It’s sad to say goodbye, but as with every trip, there comes the period shortly thereafter where you complain to anyone in earshot about how horrible it was to travel with another person.

Maybe your companions slept too late or awoke too early. Maybe they committed a few too many faux pas while spending time in a foreign land. As for my experience with Down to Earth with Zac Efron, I honestly wish the show had been about our host traveling the globe to uncover the truth behind old urban legends that people only believed when they were teenagers.

You know. Stopping by the office of Marilyn Manson’s personal physician to discuss his rib situation. Asking an Appalachian fertility specialist if the Yellow No. 5 in Mountain Dew will really lower your sperm count. And, of course, traveling to Switzerland to learn about how the little metal flakes in Goldschlager make tiny cuts in your throat so that the alcohol can reach your blood faster.

These are the answers I seek. Our penultimate episode begins in London. A right proper Englishman who looks like the farmer from Babe warns Zac about the nearby piles of loose syringes. Zero context is provided in this cold open.

This tweedy scarecrow then informs Zac that he may become “unwell” if they happen to come into contact with any rat urine. Let me tell you, I used to work with rats daily. And I have only grown stronger through my exposure to their various fluids and secretions.

Thankfully, we are soon informed that Zac has volunteered to pick up trash and visit with some eco innovators in jolly old England. But of course, we must first visit the Hilton Hotel in Midtown Manhattan. Someone has to pay for all the rat urine and philanthropy seen on the show.

In addition to raising Hilton’s brand awareness, we also learn that the hotel roof is host to a bee colony. Our apiarist informs us that misused pesticides and genetically modified crops pose a threat to bee populations. I hold my breath as I wait for someone to claim that scientists don’t understand how bees fly. No one does. It’s safe to come out.

Now that Hilton has gotten its money’s worth and notified any potential guests about the close proximity of bee colonies, it’s finally time to see how London deals with pollution. Meeting with economist and Vincent Gallo lookalike Dr. Phillip Rode, Zac and cohost Darin Olien learn that fine particulate matter is a danger to the city’s population. London has addressed automotive pollution by charging those with high-output automobiles higher fees to enter inner city streets, which decreased the number of automobiles by 20 percent. This all sounds very good. Now let’s visit a giant slide for no reason at all.

Zac and Darin soon arrive at the ArcelorMittal Orbit, which the Irish refer to as the Arse Orb. This is a massive, futuristic eyesore that doubles as an adult slide. Darin claims that this structure has an ultra-fast supersonic elevator, which sounds like a lie. Or at the very least, unnecessary.

Apparently this structure does feature the “tallest, longest tube slide in the world.” I guess something has to hold that distinction. It’s odd to consider that there is a “world’s largest” of every single thing in existence. That makes it seem like a much less significant accomplishment. I’ve made myself sad now. After prominently using his Visa to purchase tickets, Zac and Darin strap on some Depression-era football helmets and take a trip down the slide. We learn nothing from this. Sometimes a slide is just a slide, except when it is a way to unconsciously relive your original trip down the birth canal.

Returning to where we started, with all the talk of syringes and rat urine, we meet the team of Thames 21. This volunteer group carries out cleanup projects along the Thames River. Or the River Thames. I never know which one. Those sneaky Brits.

One key problem highlighted here is that plastic is littered about everywhere, and it ultimately enters the food chain as it breaks down. Zac and Darin join the cleanup effort, and we get a heartfelt montage. This is capped off by Zac calling humans the sole enemy of the planet. That’s pretty hardcore, Zac Efron. Damn. Please recycle.

As highlighted in this show, the Earth’s only true heroes are the good folks at Hilton. They even go as far as lending Darin a bamboo bike to tool around on in London. Thanks Hilton. I look forward to resting under your thrumming apiaries and mounting your wooden bikes.

Curiously Darin, a vegan health expert, does not accompany Zac as he visits vegan food blogger and restaurateur Ella Mills. Ella began eating vegan when her previous diet led to a slew of health problems. She teaches Zac how to make a vegetable curry, but the show doesn’t have enough time to really walk you through the recipe so just figure it out for yourself.

Ella joins Darin and Zack for dinner at Aulis, a development kitchen for master chef Simon Rogan. After a lengthy breakdown of the chef’s approach to crafting a menu, Zac explains that “The concept is to let nature dictate what’s for dinner.” This is just cooking what’s in season. It’s an established concept. No need to run it through the test kitchen.

The meal crescendos into everyone moaning about how good mushrooms are, but here’s a joke I thought of during this scene:
Q: Why are British graves so even?
A: They’re all in the symmetry. Real gold, that. Now on to the Amazon.

Zac opens this season’s final episode being positioned into some apparatus deep in the Amazon while downplaying the ills of cannibalism. Seriously. I couldn’t imagine a scenario in which Zac Efron reveals himself as a cannibalism apologist while unidentified men cover him in a tarp, but here we are.

After an awkward pause — awkward because of all the unprovoked cannibal talk — Zac reveals that this episode isn’t about eating humans at all. Haha! What?! You raised and dashed our hopes most expertly, sir. Venturing deep into Peru, we meet an ecologist named Tarek who is a “good friend” of Darin’s. I’m noticing that all of Darin’s good friends live far away from him, deep in the jungle. “Here are my good friends Colonel Kurtz and Bruce Banner when he’s trying not to be the Hulk. Text me when you want to hang.”

Tarek sustainably harvests local fruits that may not be well known to a wider audience. As Zac wades through the knee-high water, his fears of leeches are confirmed. The guide casually says “Leeches are fine” which, probably not. Like, unless you are a medieval barber, you probably aren’t super lackadaisical on leeches.

Zac counters the guide’s comment with the witty rejoinder “Leeches suck.” This is actually a pretty funny thing to say. Yeah, it’s a bit obvious, but fairly witty coming from a man who is trying not to have his blood stolen by jungle creatures.

Throughout this hike through the dense jungle brush, Darin keeps impersonating Arnold Schwarzenegger, but he’s not even doing lines from Predator. Like, why are you like this Darin?

Thankfully Zac quotes Jumanji and the pressure on my brain begins to ease due to all the stupid relevance. Zac and the gang march through the jungle, eating various tree bark scrapings and stems as Darin speaks about their medicinal value. As they harvest some resin from a tree, Zac replies that he never knows what to put on his lesions.

This begs the question: just how many lesions are you dealing with?

Then Zac spends almost two hours climbing a tree. If he didn’t have lesions before, he does now. Also, probably leeches.

Having scaled a tree, Zac visits a shaman to learn about ayahuasca. Zac claims that when used properly, the hallucinogen can allow users to experience memories from their past and have a true awakening. Instead of natural hallucinogens, I easily relive my past through constant waves of shame and embarrassment, which I have in limitless supply. Nothing says spiritual awakening like recalling every time you had an erection when the teacher called on you in middle school. Please awaken these moments for me while I’m deep in the jungle.

As one does, Zac and Darin agree to meet with a shaman and steam themselves above a mixture of various plants, some of which are promised to open the spirit. We don’t really get a good idea of the results of this experience as the scene just kind of peters out while Zac and Darin dry off. I don’t need to see a kaleidoscopic Willy Wonka riverboat montage, but maybe someone could look into the camera and describe what they just experienced.

Then things take a bad turn.

We learn that Darin’s home was destroyed in the California wildfires. This is horrible. We hear voicemails left by Darin’s mom and ex-wife, actress Eliza Coupe. His house is completely gone. This is now a show about a man who has pretty much lost everything. But in that, they manage to find something that resonates with the series’ greater purpose. It’s a really incredible pivot. Despite losing his home, Darin wants to continue on with the show. So that’s what we do.

Darin explains that all he has now is his luggage. He manages to channel his emotions into a lengthy monologue explaining that the show is about how the planet is in danger and how that is changing our lives. And now it has quite literally hit home for him.

This is very well done. But thanks to the show’s rigid structure, now it’s time to go to a restaurant. To take Darin’s mind off his real life tragedy, Zac eats grubs.

Zac is great to have around when you’re feeling down. He really knows how to play the fool to hide a warrior’s pain. “It tastes like teriyaki,” he says, and there is much rejoicing. En route to the airport to return home, Darin launches into one final profanity-laced monologue as Zac sits in the backseat of the car like “I feel you man.” Seriously. He says that. It’s a great end to a fantastic adventure. A sad car ride.

Unfortunately, the episode ends with a final title card. It appears that the planet died shortly after production wrapped on the show. It was fatally stabbed by the Moon. The final episode of Down to Earth with Zac Efron is dedicated to Earth (incipit-2020). You will be missed. Down To Earth With Zac Efron: Episodes 1 & 2 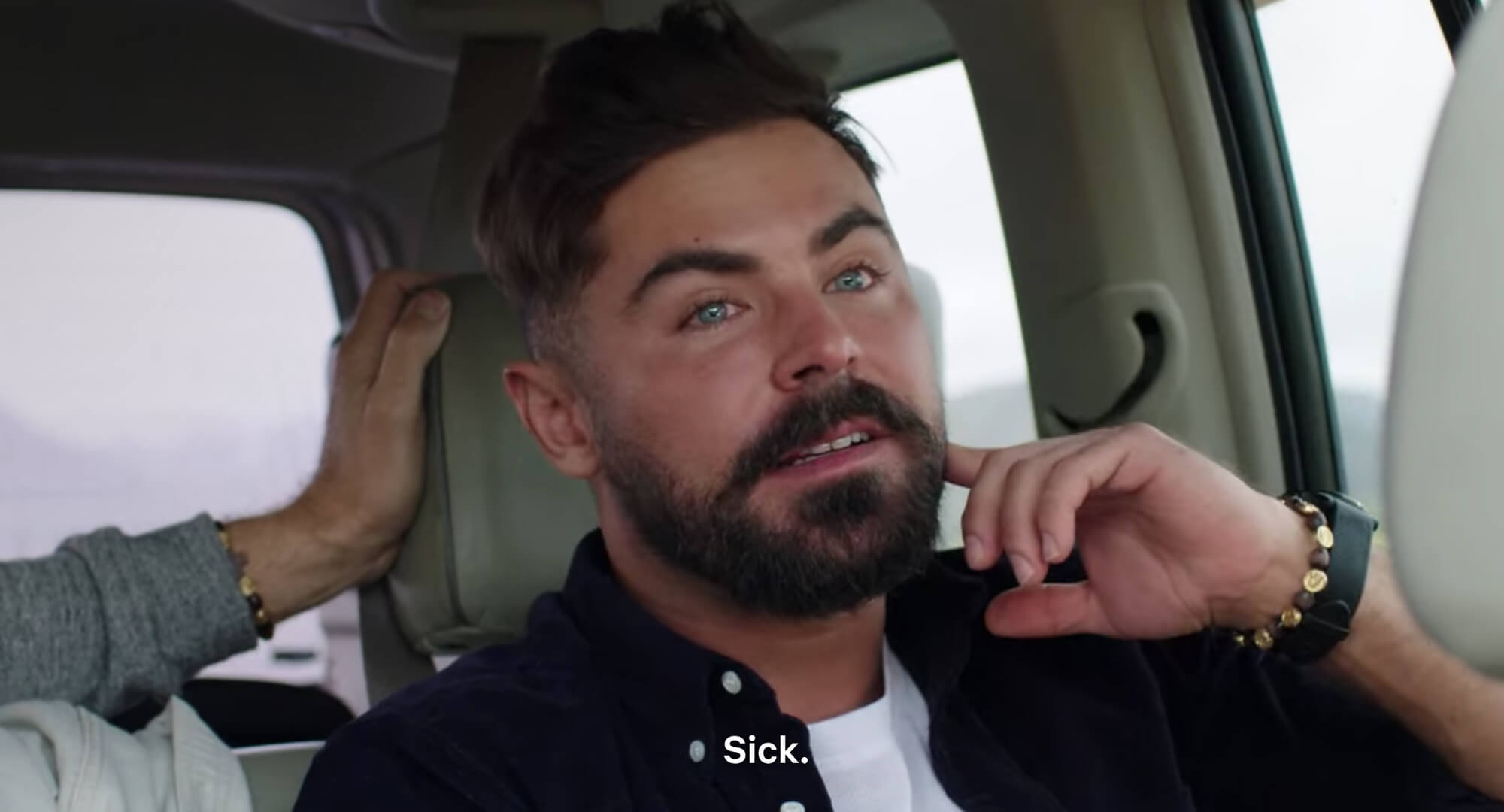 Down to Earth With Zac Efron: Episodes 3 & 4 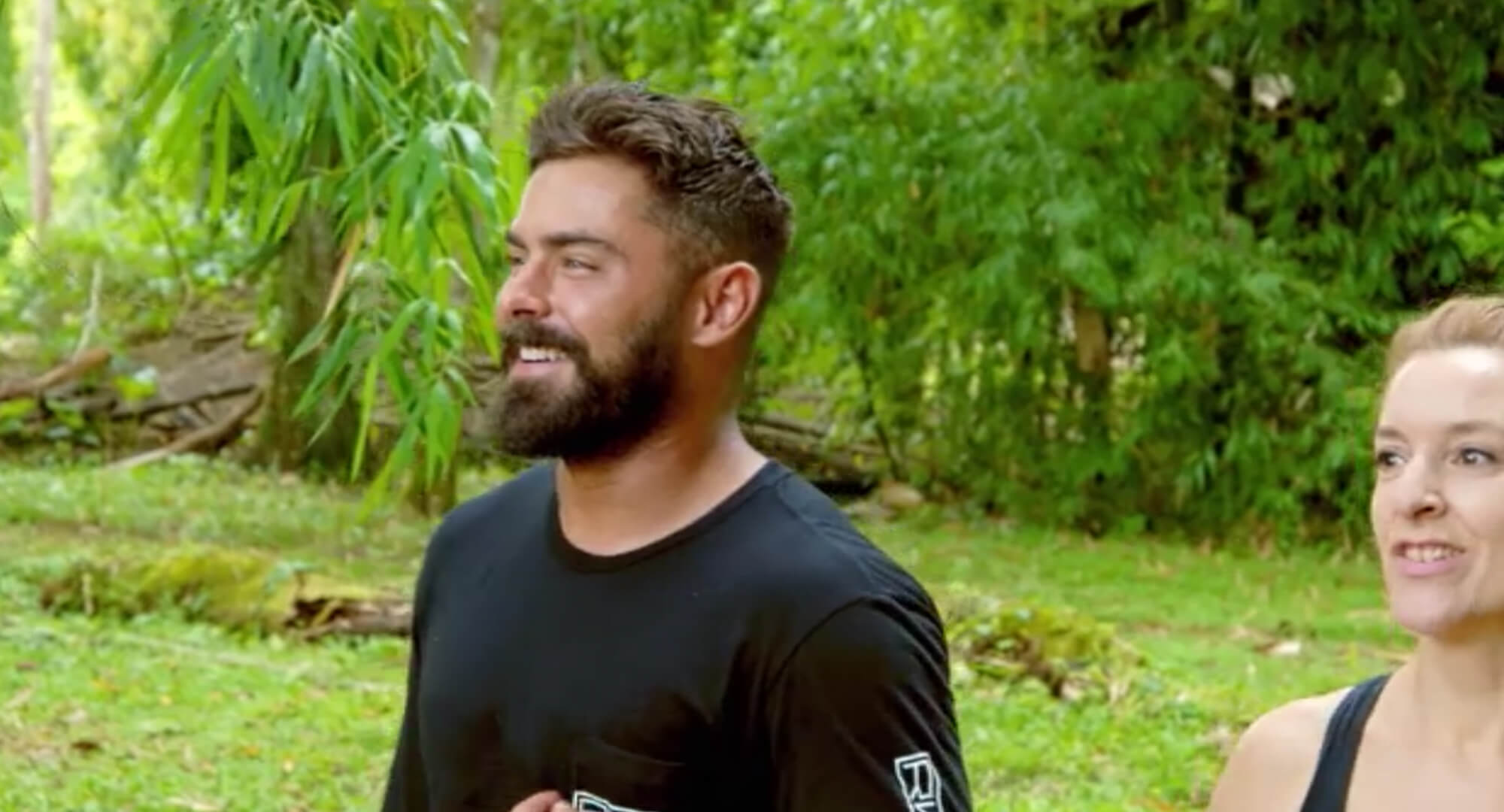 Down to Earth With Zac Efron: Episodes 5 & 6 Down to EarthNetflixZac Efron
DocumentaryReality TV
In this article: Down to Earth, Netflix, Zac Efron