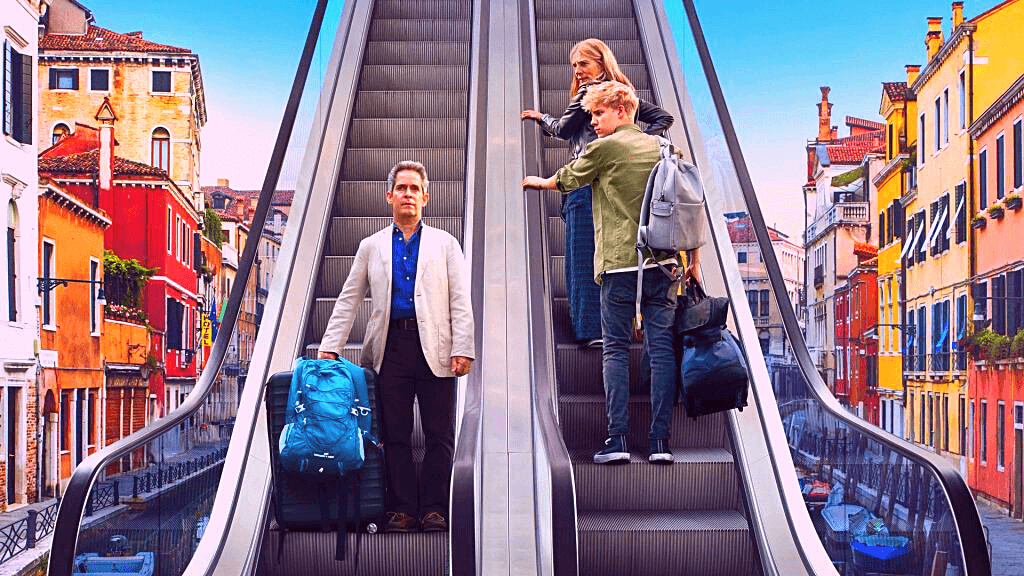 In certain families, there are events that serve as harbingers of middle age. Reading the newspaper. Cellulite. Listening to NPR. One-piece bathing suits. Sedans over coupes. But perhaps nothing serves more as a canary in a coal mine more than watching shows on PBS, and no series is more highbrow than Masterpiece. It’s like attending the theater, but in your own home. You just tie on your ascot, settle into your wingback chair as a fire crackles in the hearth across the room, and you sip your single malt scotch as you hear that vaunted Masterpiece Theatre music.

You know the music I’m talking about. Rondeau by Jean-Joseph Mouret.

What may shock you is how it was originally chosen. Christopher Sarson, the original producer of the series in the United States, heard it playing in a Club Med of all places, and thought it sounded “British and Heraldic.”

In 2009, Masterpiece Theatre dropped the Theatre part off its name and divided itself into three distinct parts:

Masterpiece Classic was first hosted by Gillian Anderson who was then replaced just a year later by Laura Linney.

Masterpiece Contemporary was originally hosted by Matthew Goode, who was later replaced by David Tennant.

Those friends, I insisted, were now over the hill. I was an HBO person. Hell, I was still aspiring to be a Skinemax person! I don’t have liver spots! I drink coffee, not tea, damnit!

But this past weekend, all that went up in smoke as I joined the vaunted ranks of the prestigious, falling into the latest PBS Masterpiece show: Us.

It originally hooked me with this very basic premise.

And that’s how the show starts. After 20 years of marriage, Connie (Saskia Reeves) rolls over and tells Tom Hollander’s Douglas — politely — that she wants out. No preamble, no pretense, it just dives into the deep end from minute one and sets you on a path: one which feels destined to sail between Scylla and Charibdis in the most pleasant of boats.

The problem is that they had planned to do a whirlwind European vacation with son Albie (Tom Taylor) before he heads off to uni and somehow they decide to just do it anyway. The money is paid, the dates are set and they don’t want to drop the bomb on Albie and ruin his summer.

For Connie it’s a trip of closure. She loves Douglas. She harbors no anger or animosity for him, she’s just decided that she wants to tackle the next phase of her life alone.

For Douglas it’s a trip of last resort, a way to connect with the son he’s somehow grown alienated from over the years and repair whatever the hell is apparently wrong with his relationship. He doesn’t have the foggiest idea what that might be, but he’s willing to try to change.

As a storytelling mechanism, we meet young Connie and Douglas, played by Gina Bramhill and Iain De Caestecker. They both do a smashing job portraying the couple years before, as they met and courted, and how various seeds of dissension that ultimately affect the relationship years down the line were sown.

Mostly, the story follows Hollander’s Douglas and while I really adored his performance in The Night Manager, this may be my favorite role of his to date. He plays it with such control and subtlety and nuance. We embark with him on this ill-conceived journey and watch as he climbs to the top of the mistake tree and then plummets to earth, hitting every branch on the way down. But it’s not the type of slapstick comedy or goofball antics that most Americans might come to expect. Because there’s no resentment from Connie, there’s no rage and denial directed at her. It’s all just quite adult and painful and lovely and bittersweet. The main storyline ends up following Albie, and not Connie, as Douglas’s cross to bear. We endure every tedious, painful step of the process with Douglas, reveling in his breakthroughs and suffering through his shortcomings. The outcome is a bit of a twist, but in the most excruciatingly pleasant British way. There are two episodes, roughly two hours each, for a total of about four hours of air time. The scenery is magical, the writing (based on the bestselling novel by David Nicholls) is tight and honest, and the two-part series will both draw you in and give you much to consider, about your choices, your commitments, and the ones we ultimately choose to leave behind.

Both episodes of Us on Masterpiece are available now on PBS and the PBS app.