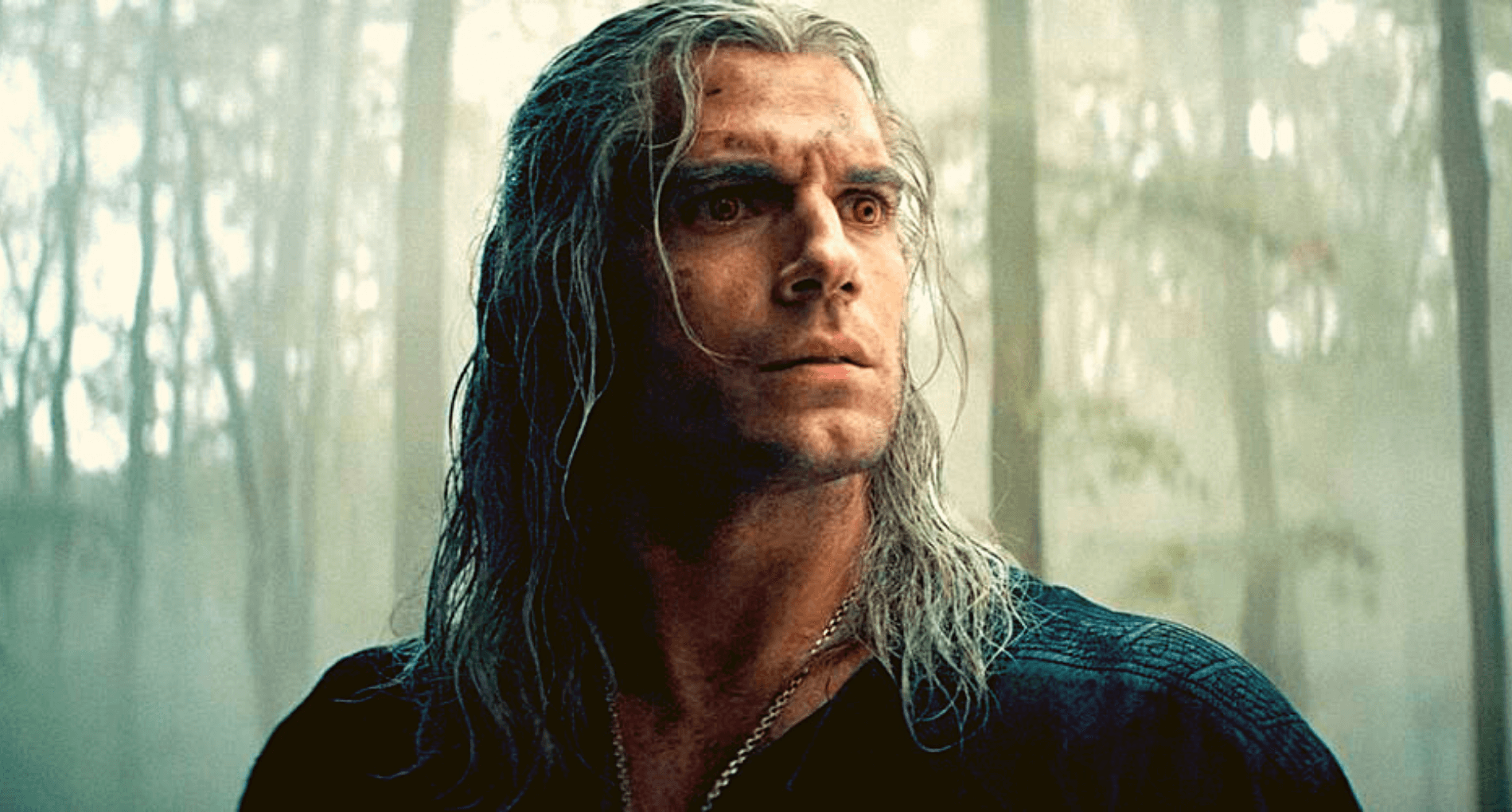 The Witcher is Netflix’s fantasy series based on the Polish books of the same name starring Henry Cavill as the titular witcher Geralt. Witchers are supernaturally mutated monster hunters who, despite being incredibly useful to humans, are roundly despised because, even in this fantasy world, sometimes humans don’t deserve nice things.  When the show premiered in 2019, it managed to kick all of the ass. All of it. I’m not even a huge Henry Cavill fan, but then they packed him in three pounds of mud and made him throw a sword into a guy, and I was here for it.

But then a sort of funny thing happened.  Despite kicking all of the ass and generally garnering positive reviews, no one remembers what the plot was. I shouldn’t say no one, but admittedly for a lot of people, the details are fuzzy.  Which actually makes sense since the show aired two full years ago, and because the writers overlapped the three main character’s (Geralt, Yennefer, and Ciri) stories at different times.  It’s more than a little confusing the first time you watch it, and even with my familiarity with the video game also inspired by the books (The Witcher 3: Wild Hunt which is one of the best games of all time and I will defend all of it to the death. Yes, even the bank quest. In fact, especially the bank quest, that shit was great and hilarious), I didn’t pick up exactly what they were putting down the first time. So what did happen in the first season of “Sword Man Grunts and Hunts?”

The simplest synopsis is that in the first episode, Geralt meets, bones, and eventually kills a cursed princess whose last words are to tell Geralt that the girl in the woods is his destiny. He spends some time going on adventures, meeting and falling in and out of love with the mage Yennefer, and generally kicking ass all over.  The last episode is him finally finding his destiny when he and Ciri, the now orphaned Princess of Cintra who was fleeing her home after it was invaded by enemy forces, meet in the woods. But that’s basically all of season one. Geralt is told he has a very specific destiny involving finally choosing sides in human affairs by helping a young, orphaned girl, then spend forty-ish years dicking around (both literally and figuratively) before finally accepting his destiny and finding said girl.

A slightly less basic plot is how, exactly, the girl in the woods came to be Geralt’s destiny, and what kind of dicking around was done.  Which is why a real refresher might touch on a few of the other characters like: 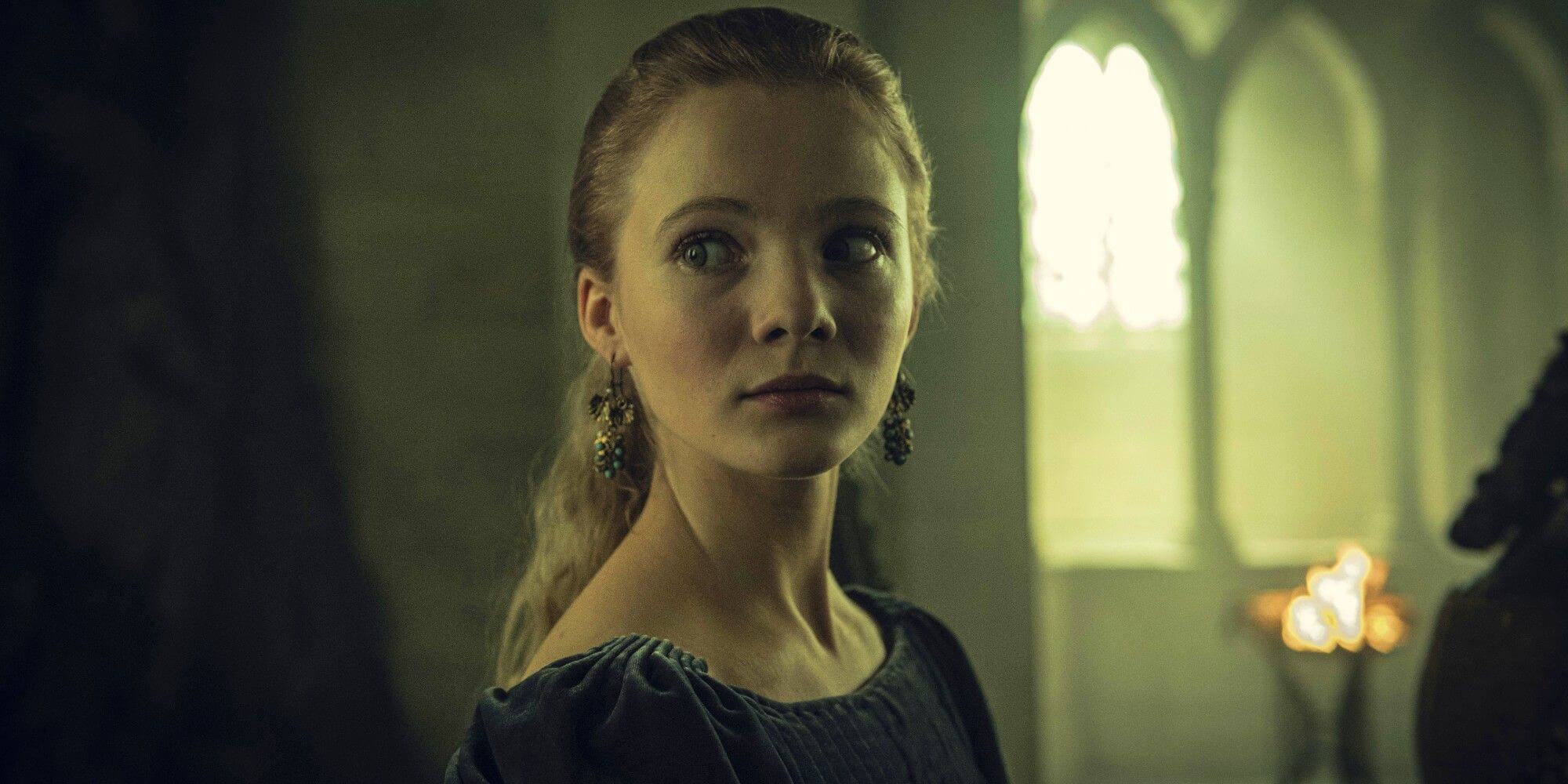 Some people might be inclined to describe Ciri as the girl in the woods who is Geralt’s destiny because some people clearly don’t know what’s up.  This show is called The Witcher, but this girl is called Cirilla Fiona Elen Riannon, the Lady of Time and Space and Princess of Cintra and you don’t get those names for not being a badass. Her grandmother (more on her in a second) has been fiercely protective of Ciri her entire life in a way that’s prevented Ciri from knowing more about her own abilities, but that hasn’t really made her sheltered. She spends most of the show navigating a world she’s never been subjected to and does a pretty kick-ass job of it. Basically, she’s a thirteen-year-old I’d actually want on a road trip with me, and that doesn’t happen often.

Queen Calanthe of Cintra and her husband Eist Tuirseach are Ciri’s grandparents and guardians, and, man, do they love to get. it. on. Like she’s a total bauce, he’s completely crazy about her, and they bone proudly and often. Would that we were all that lucky. In addition to introducing Ciri to the plot, Calanthe plays a significant role in creating the bond between her granddaughter and the witcher. Namely in the form of: 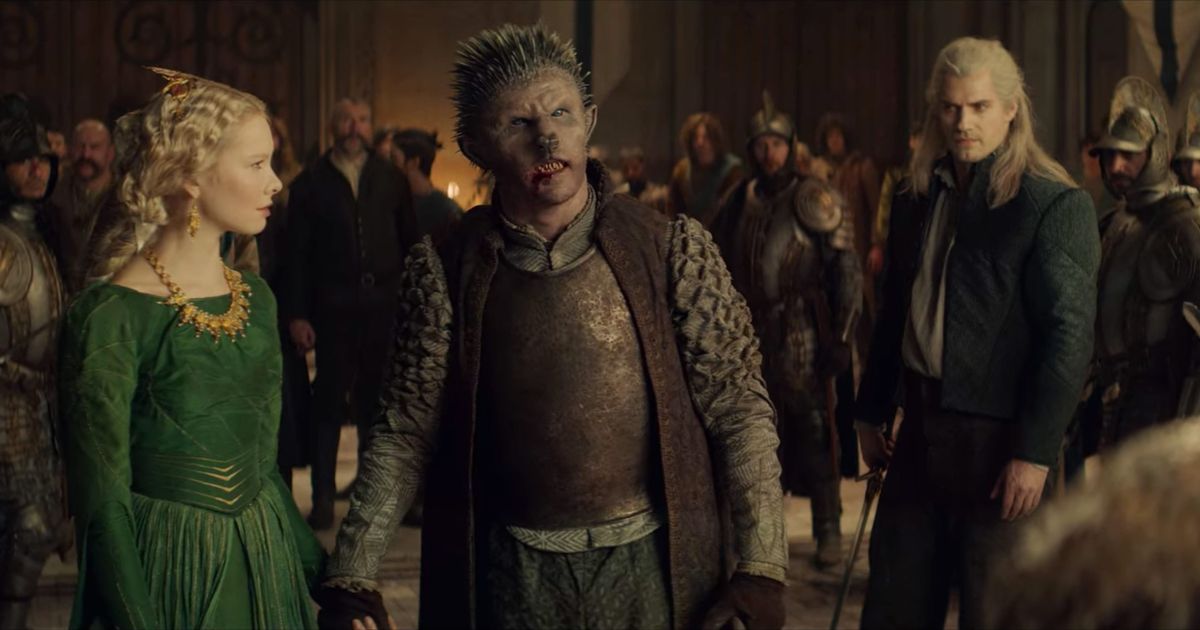 Calanthe was all set to marry off her daughter Pavetta to Eist Tuirseach’s nephew when in busts an unknown knight who’s been cursed with a hedgehog head. Presenting himself as Urcheon of Erlenwald, he claims that Pavetta is rightfully his by the Law of Surprise (an agreement by which if you save someone’s life, you’re allowed to demand from them something they have but don’t know it yet. In this case, Duny saved Pavetta’s father and was therefore owed Pavetta’s hand in marriage). Which kicks off a brawl- you know, actually, you might just want to watch this.

(You see what I mean about Calanthe and Eist, right? Because again, on both sides, I get it.)

So Geralt, after routinely stating he doesn’t get involved in human affairs, gets involved in an actual brawl to save the person who started the brawl with his claim of Law of Surprise. What does he do immediately after finishing that brawl? Invokes the Law of Surprise. Goddamnit, Jerry. Of course, Pavetta is pregnant, Calanthe doesn’t want the witcher taking her granddaughter, and he’s not actually that interested in the kid either. Only now we’ve got this entire show because

Unfortunately, Pavetta and Duny’s destiny also includes dying when Ciri is young, so they’re not in this show anymore. 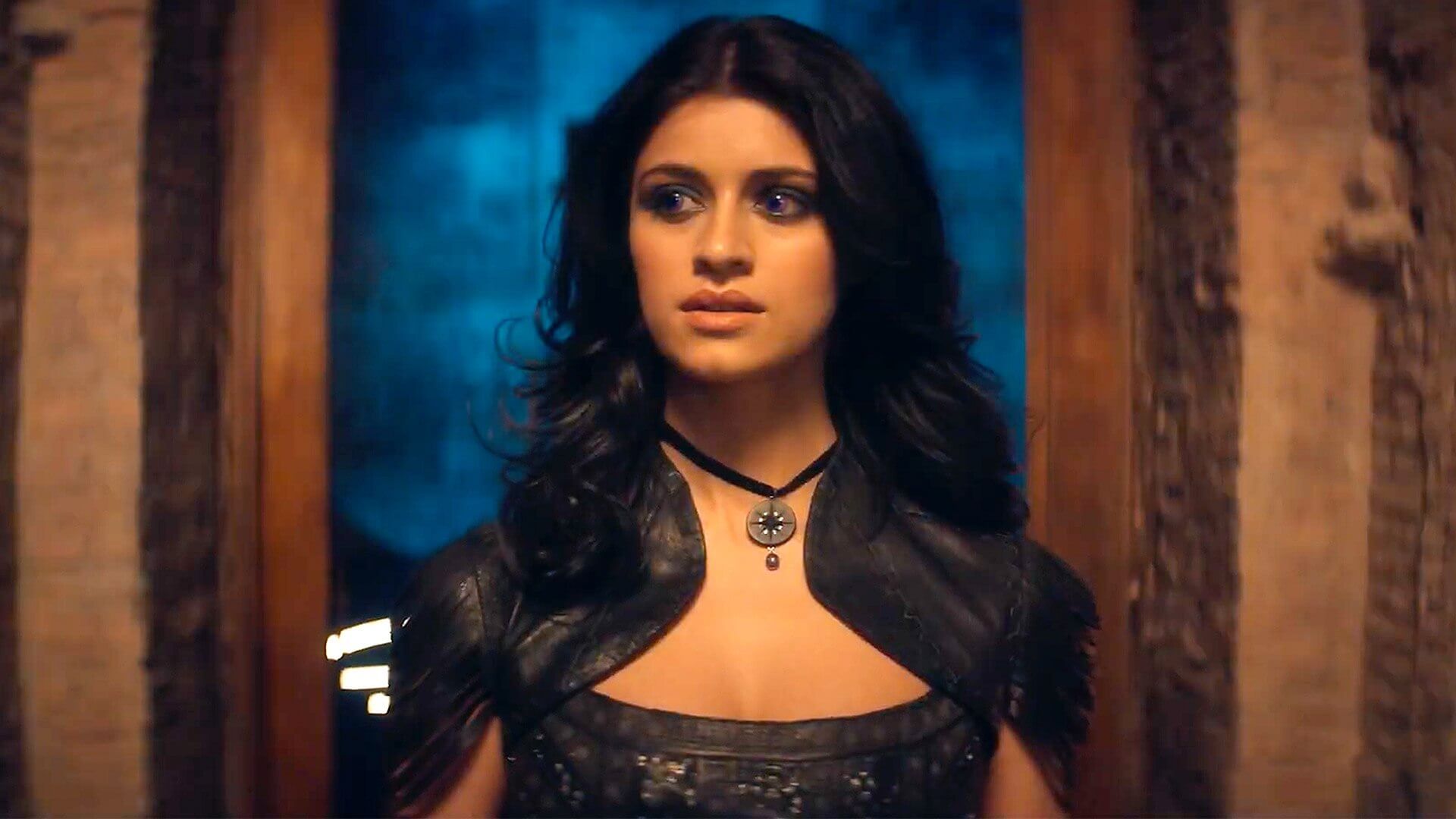 One thing about this show is that either you love Yennefer of Vengerberg or I don’t know how you enjoy it. The show is called The Witcher, but it could as easily have been called Badass Mage Deals With People Not Good Enough For Her. Born a disfigured and abused farm girl, Yennefer’s natural magical ability puts her on the radar of Tissaia de Vries, the headmistress at the school for sorceresses. After learning to harness her abilities, Yennefer then proceeds to do whatever the goddamn hell she wants because she’s a badass bitch and also just a garden-variety bitch, and I approve of both of those. She and Geralt have an on-again, off-again romance for decades, but can’t make it work or let it go. It’d be reductive to say she’s Geralt’s girlfriend, but don’t worry, they do roll in the hay a lot. 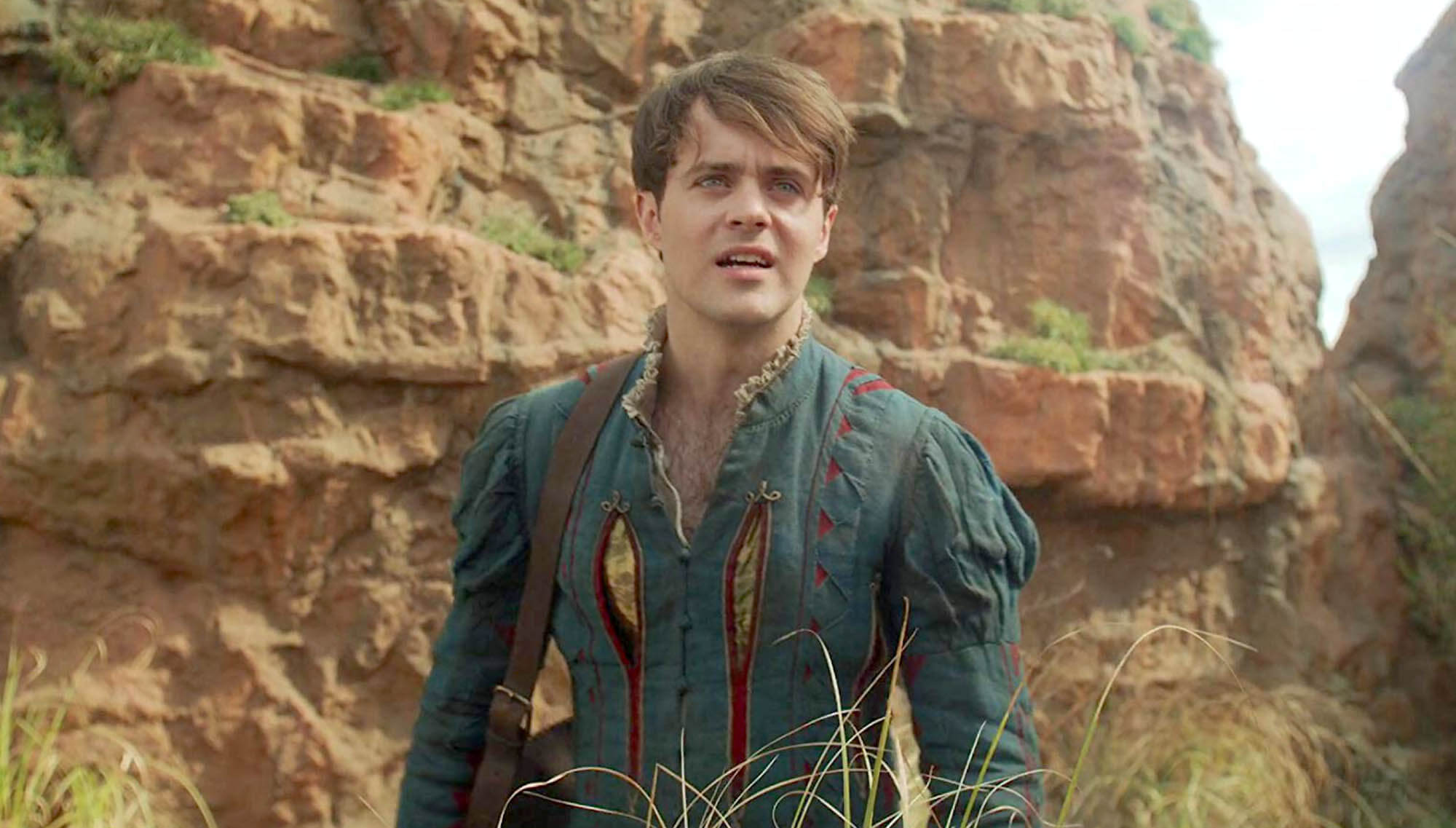 Jaskier is a bard who latches onto Geralt in an attempt to write better and more accurate (or at least more dramatic) songs about the witcher. He also beds a lot of married women. 10 out of 10. No notes.

Cahir Mawr Dyffryn aep Ceallach (or, That Bad Guy with the Helmet as I refer to him) is an intelligence officer in the Nilfgaardian army who is tracking Ciri down.  Presumably, this has something to do with Ciri inheriting her mother’s screaming powers, but we aren’t entirely sure what he plans to do with those yet. We just know he thinks Ciri is as special as her grandmother did. Also, he wears dope hats. 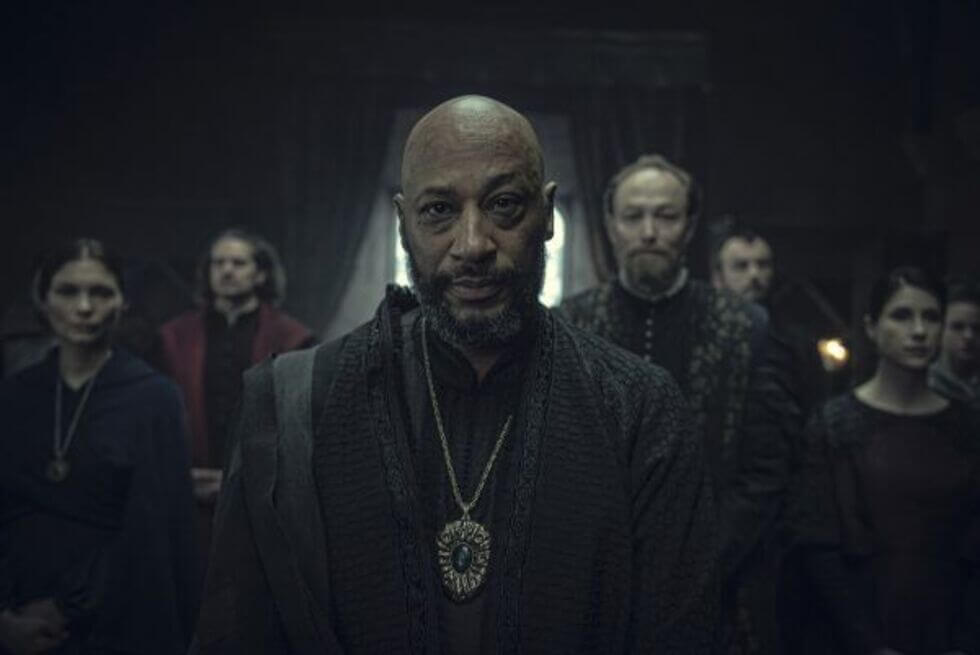 Since I mentioned the Nilfgaardian army, I should mention, there’s a lot of political dealings on the show that I’m mostly skipping over. For only eight hours of TV, The Witcher manages to pack in a lot of plot. Including the fact that when Yennefer was most flexing her “I do what I want” bitchcraft, she manages to snag what was at the time a prime posting in Aedirn. That post was supposed to go to another sorceress Fringella, which meant Fringella had to take a post in the southern, “backwater” kingdom of Nilfgaard. 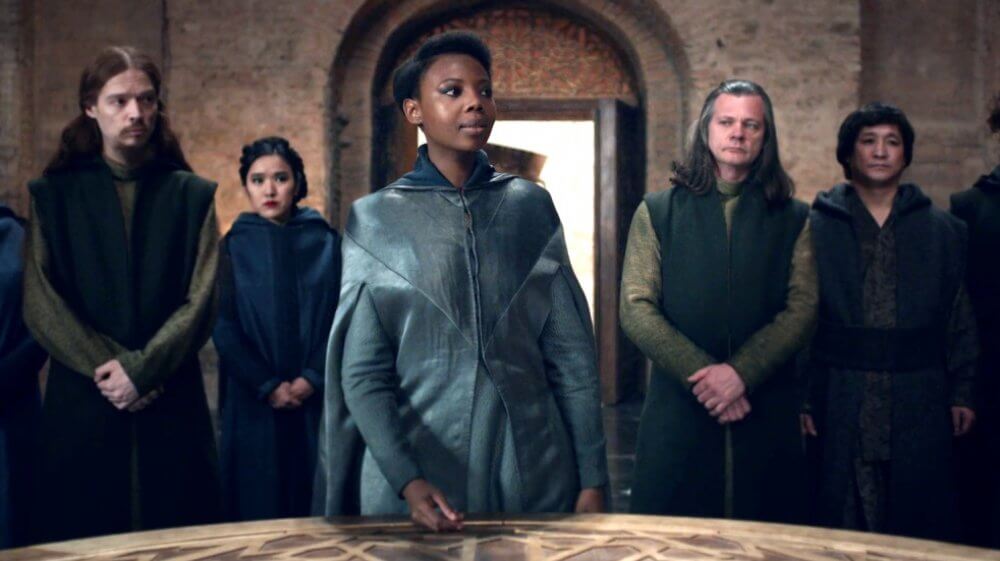 Decades later, when Aedirn turned out to be a bust, Yennefer was miserable, and Fringella was helping Nilfgaard kick ass all over the continent, a group of mages gets together to determine if they’d advise their kings to rally their armies against the invading threat. Meaning that most of the last episode is a bunch of supernatural, magic ass-kickers kicking ass. It’s awesome. And it includes witches and wizards who might have made an appearance but whose names you might not know. I won’t get into all of the details here (because Stregorbor is a cool name, but that’s all you need to know about him really), but I do need to talk to you about Sabrina aka The Best Character on This Here Whole Show.

After a mage has been trained and before they take their posting, they’re allowed to physically transform themselves in any way they want. It’s how Yennefer goes from having a hunchback and bad haircut into the smoke show you see above. They can choose to remake themselves in whatever image they want and fix any imperfections they feel they have. Here’s Sabrina before and after her transformation: 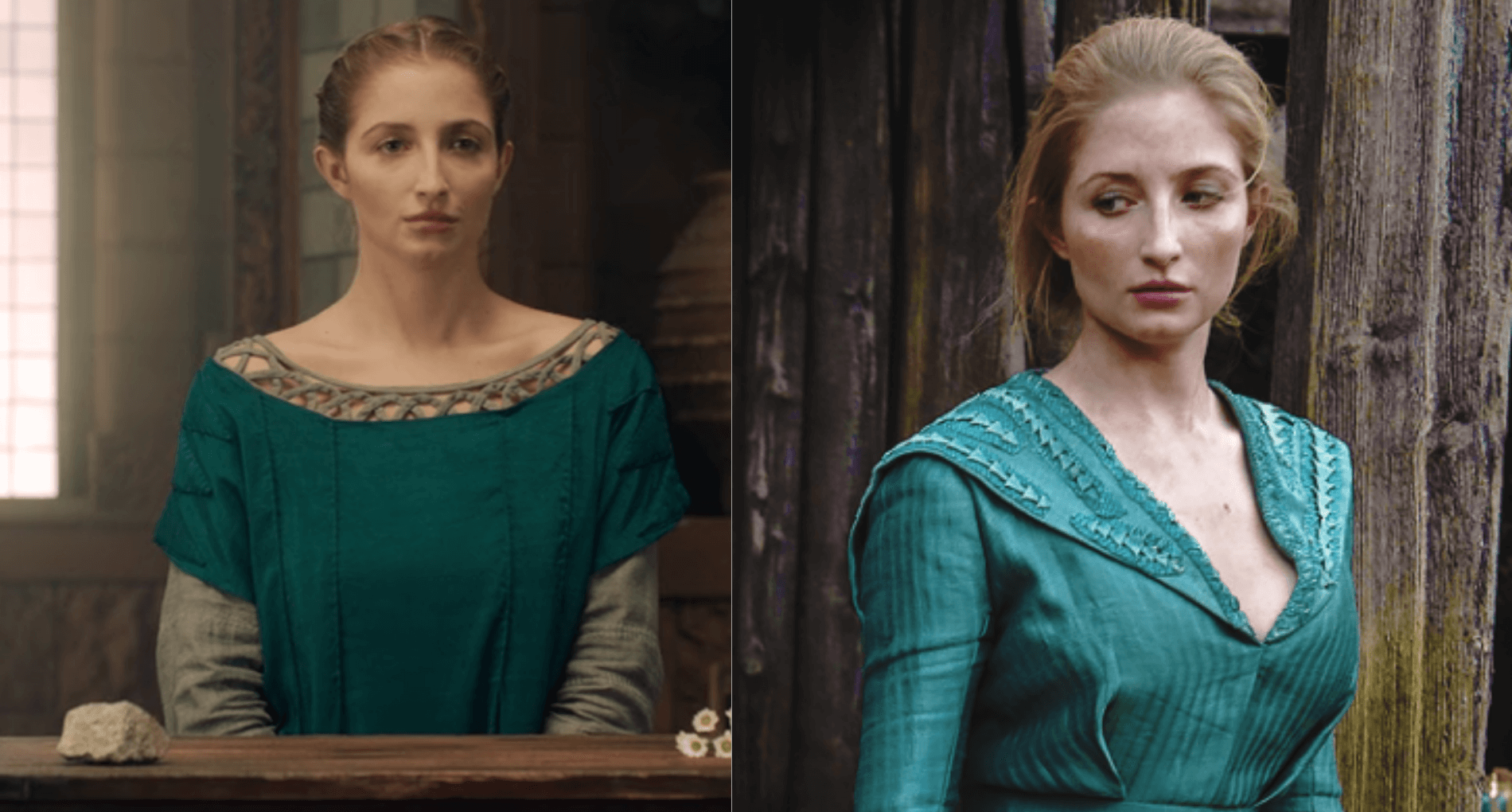 They offered her the chance to change even the slightest issue she had with her physical appearance, and she said, “Could you make my boobs a *little* bit bigger?” Meaning the most magical thing on this whole show is this woman’s self-confidence. Well done, Sabrina. Keep not ever changing.

The Witcher season 2 premieres on December 17th on Netflix.