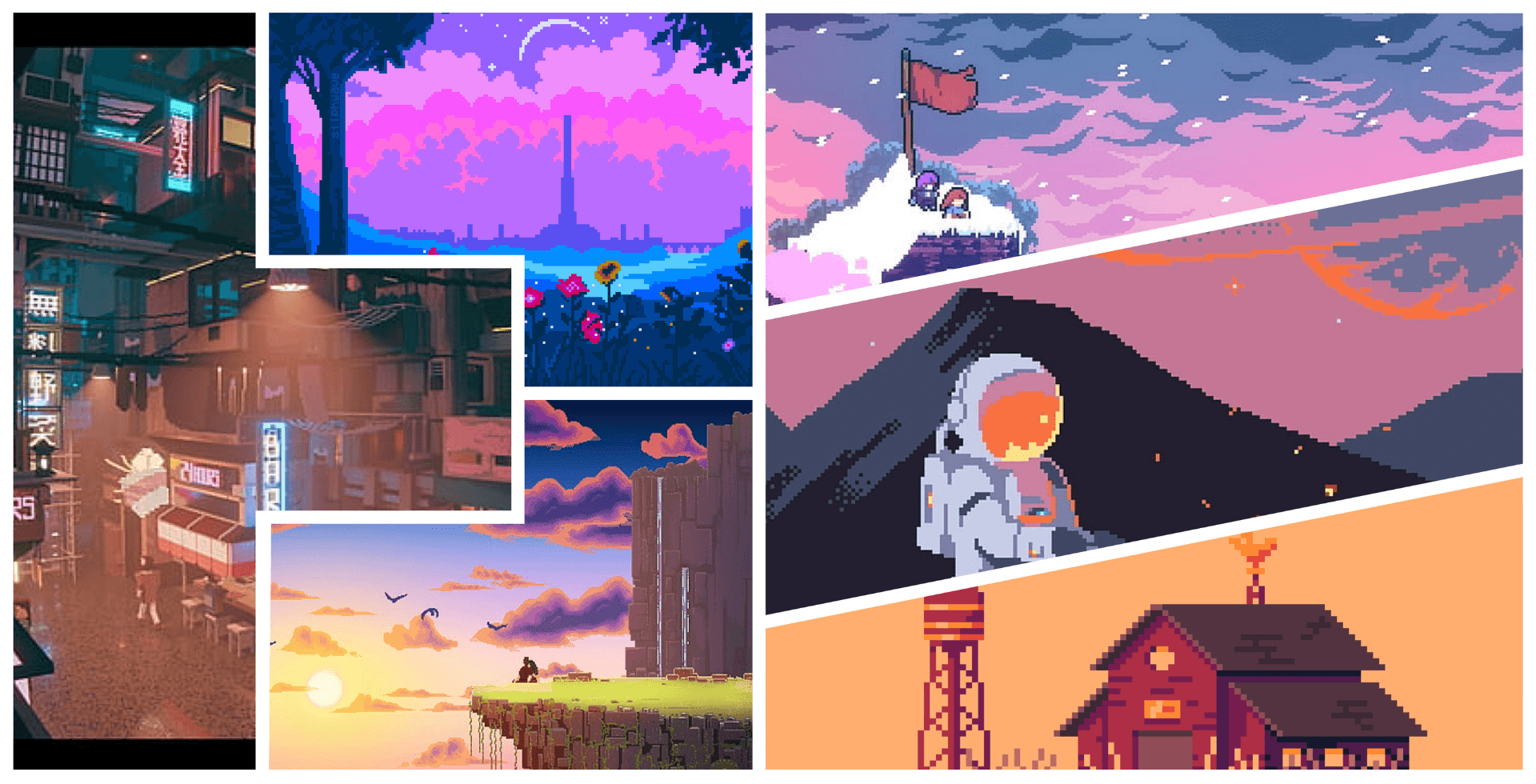 I love indie games. Don’t get me wrong: I love the big budget, quality blockbusters too. Red Dead Redemption 2, God of War, The Last of Us: Part 2–these are some of the best games I’ve ever played. But there’s something about indie games that means they’ll always have a special place in my heart. I think it’s because they are often smaller and smarter than the typical triple-A game, frequently based on a unique game play or storytelling mechanic. Whereas many bigger budget games can get lost in a sea of similar titles with varying levels of polish–just think of the bucketfuls of open-world sandbox action adventure games with enemy camps that need clearing and world maps dotted with side quests and collectibles and starring yet another variation of a cookie cutter gruff, dark-haired white male protagonist–a lot of indie game developers value mature, original narratives, interesting characters, and innovative game play hooks. Think of games like Braid, or Ape Out, or Celeste.

But there’s a whole other reason why I’m such a fan of indie games. It’s a part of them that’s become almost a cliché now. Picture the scene: An indie studio announces a game, sends out a synopsis, and then the trailer drops and lo and behold, there it is: Pixel art. 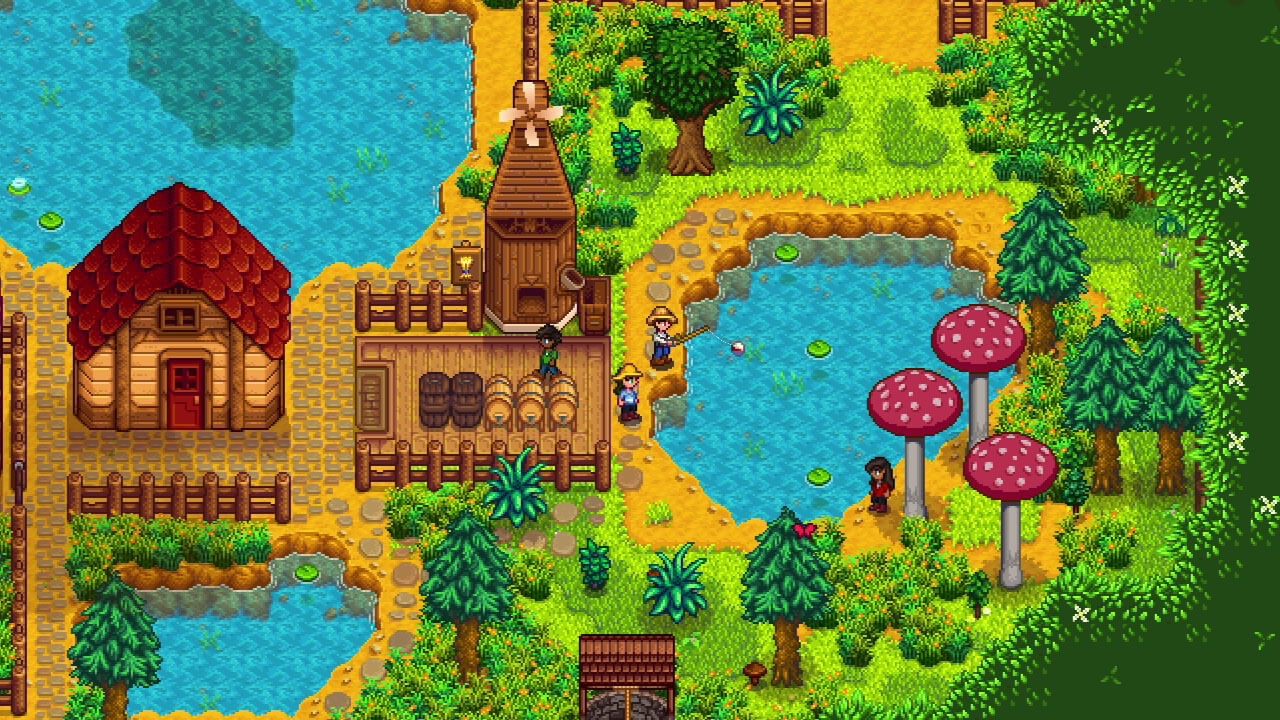 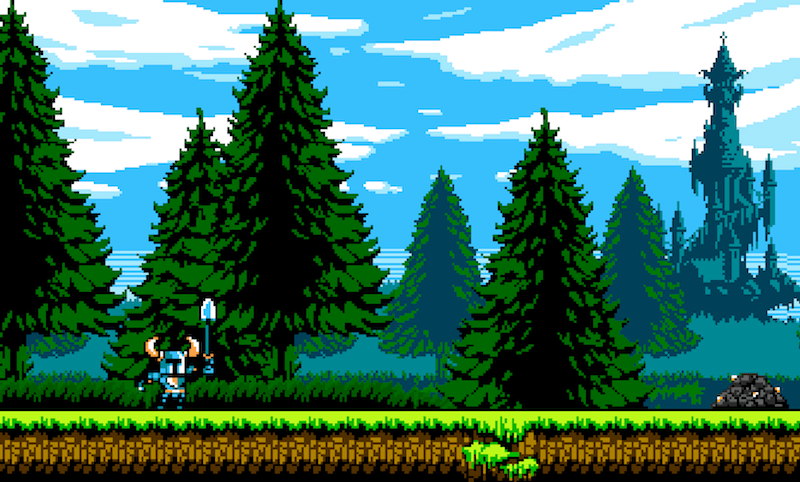 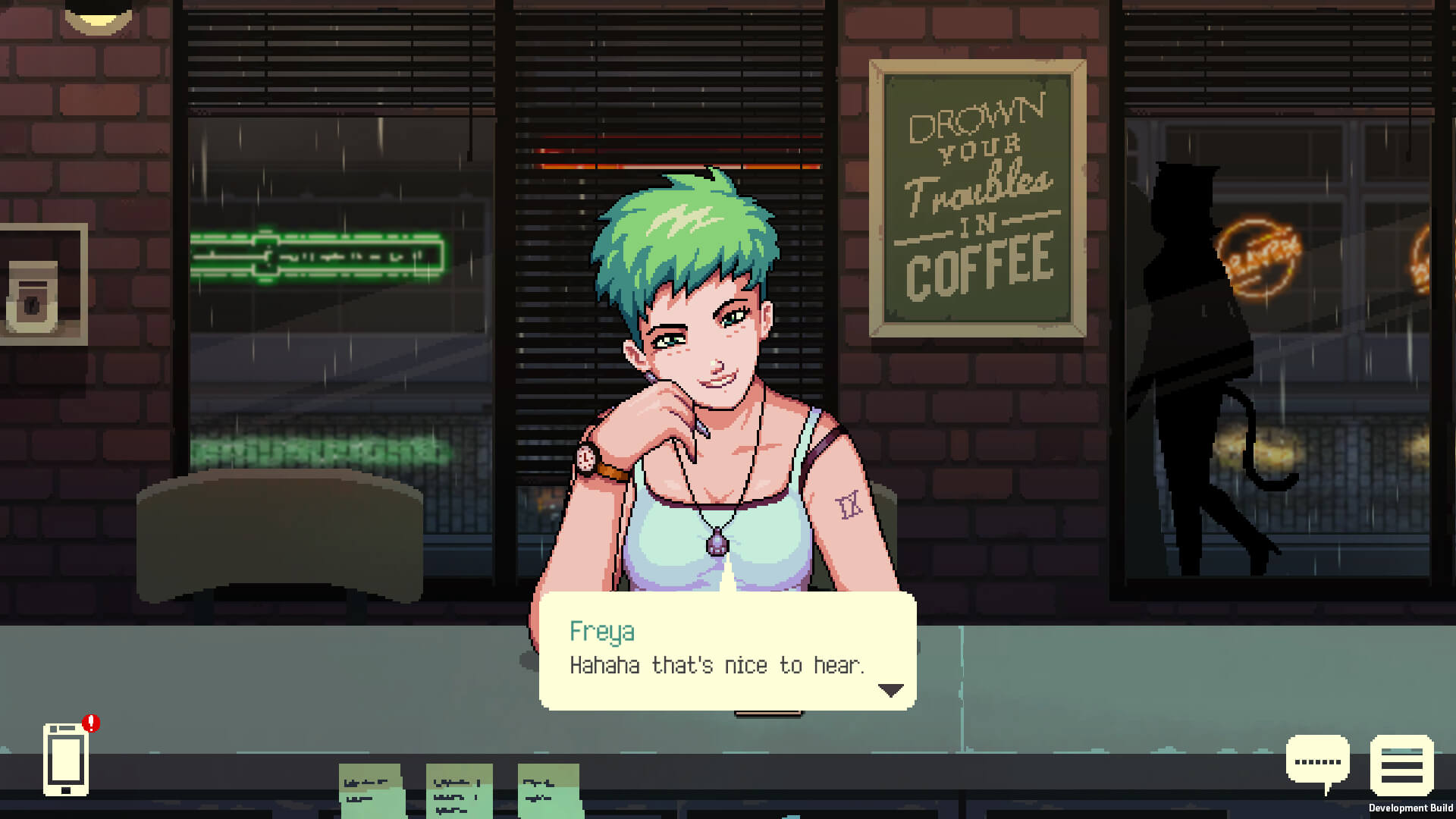 The use of this throwback aesthetic, hearkening back to the pixelated and limited colour palette look of the 8-bit and 16-bit era of video games, has become a massively popular creative decision among indie developers. So much so that the visuals of pixel art have become a proxy way of communicating a game’s indie nature. That’s partly due to an intensely practical reason of course: Pixel art is comparatively cheap to make, and it isn’t demanding on hardware. For the smaller studios that usually make these types of games that is an obvious advantage. But whereas in the heyday of 8-bit and 16-bit technology the use of pixel art was almost entirely a factor of technological limitation, these days it has become a deliberate aesthetic choice too. Pixel art is now a design philosophy deployed for considered reasons, and an art style that has developed into its own world. 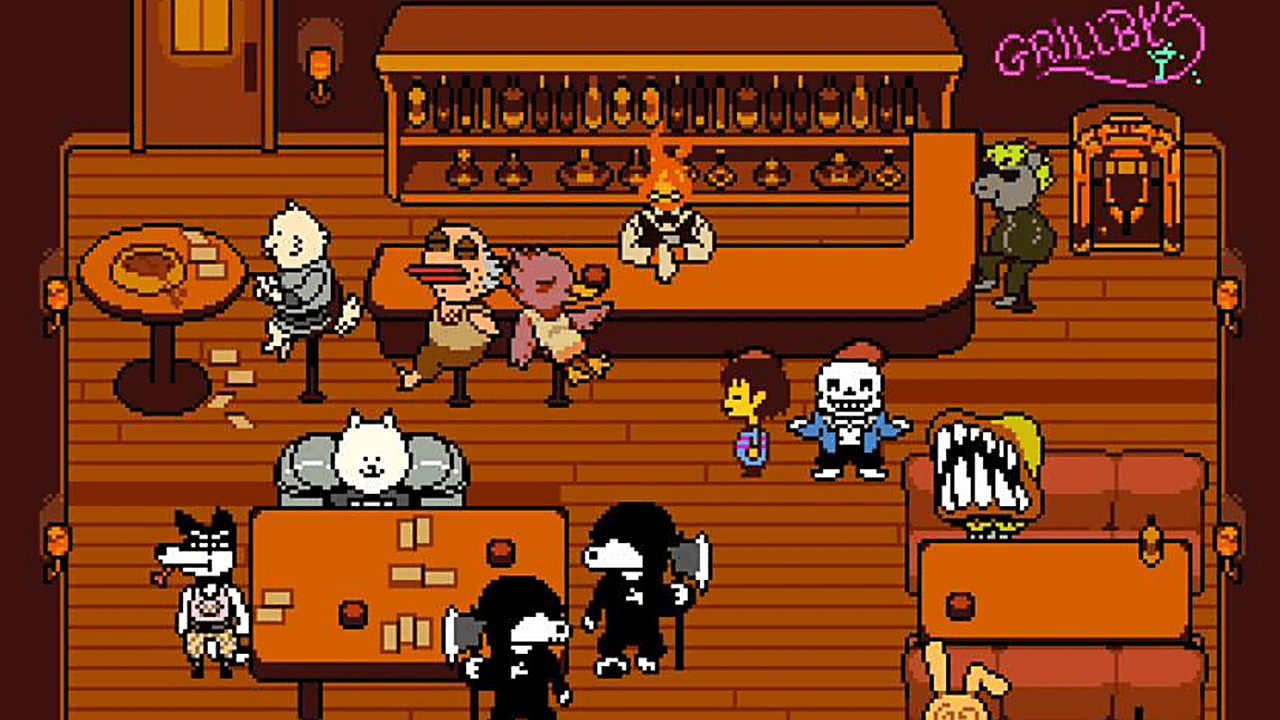 For more proof of the development of pixel art into an art form all of its own–with varying styles, unifying themes, and creators learning from each other–look no further than the subreddit ‘r/PixelArt!’ on Reddit. Here, digital artists congregate to share their original content. The subject matter varies from science fiction to nature to high fantasy to every day life. What unites them is a shared joy in creating artwork in which every single one of the quite limited number of pixels in the image counts, and an appreciation for how working within certain limitations often allows creativity to soar. Oftentimes, users post short gifs or other moving image formats. Here is a taste of what you can find on ‘r/PixelArt!’:

Pixel art has exploded in popularity in recent years. Some of this can be attributed to the never-ending wave of nostalgia worship that is always periodically sweeping its way through popular culture. It makes sense that a movement would arise out of that: As consumers of art come of age and become art creators themselves, they often want to evoke the feelings of, or pay homage to, the art of their youth. In video games, one of the shortcuts to doing so is mimicking the aesthetic. The 8-bit and 16-bit era had its time around the late eighties and early nineties, so the kids that grew up playing those games will now be at a prime age, and–should they have gone into video game design–at a stage in their careers at which they have all the means to be creating games that combine more modern game play design with retro aesthetics. Of course it must be said that in video games, not every era of visuals will be worthy of mimicry. In fact the pixel art era is quite probably the last one that will be reverentially aped like it is, as after the 16-bit days the industry mostly drifted into a graphical verisimilitude arms race. Of course you can still find big budget games and major league developers valuing the beautiful, creative art direction and surreal, impossible imagery that can make games like The Legend Of Zelda: Breath Of The Wild so striking and memorable, but by and large the mainstream thrust in video games is for more realism. The look of games now truly does approach that of real life. But when we first crawled out of the primordial two-dimensional ooze, it was large, crude polygons and awkward animations that were the order of the day. The people who lived through that are also now designing and releasing video games. Yet there hasn’t been a surge in games being released now that feature, for example, visuals reminiscent of early 3D PlayStation titles. That’s for good reason. Those games were ugly as hell. I grew up on them, I loved them, and they looked damn amazing at the time, but let’s be honest: Going back to play the first Metal Gear Solid or Tomb Raider now is a painful experience indeed (groundbreaking masterpieces though they still remain). 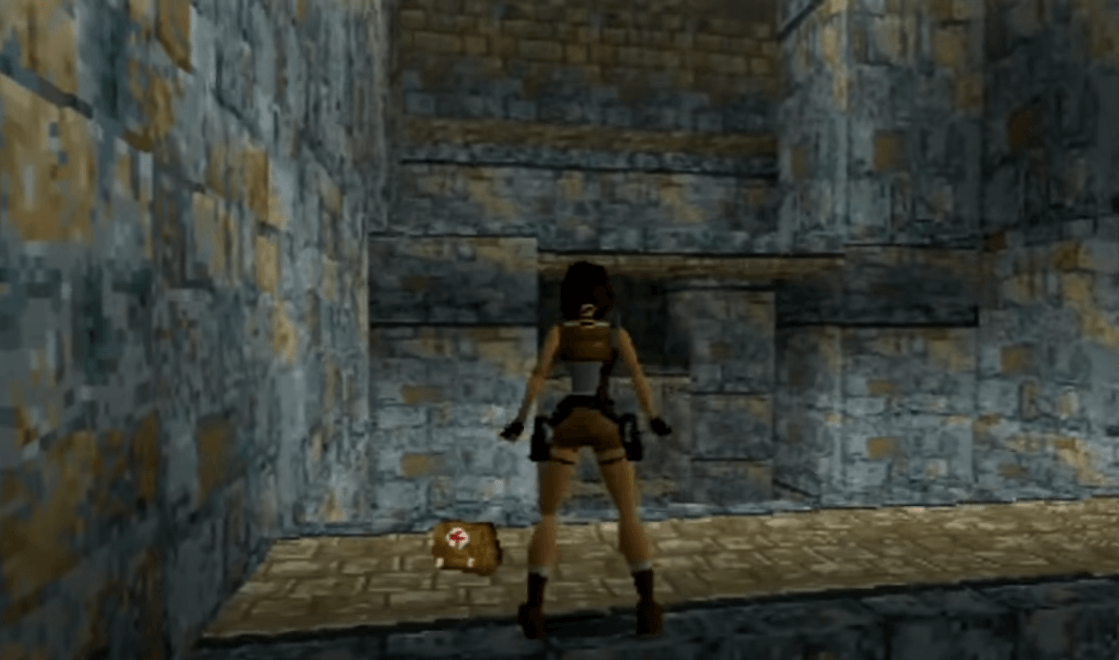 That era of video game graphics was pretty much inseparable from the technological limitations that spawned it (I didn’t expect to be reaching for a historical materialist lens while writing this piece on video games but here we are). Unlike the games built using primitive 3D modelling however, pixel art could actually look good. And it often did. Still bounded by hard technological limits of course, many of the 8-bit and 16-bit era games innovated within those limits, and managed to be very pleasing aesthetically, with creative art direction, bold use of colour, and effective composition (something which is also always made easier in games that don’t give you a free roaming camera like many of the later 3D games would). Video game development has gotten to a point in 2020 where the technological capacity available to developers would be nigh-on unbelievable to someone looking ahead from the late eighties and early nineties. A lot of the time, this increase in computing power has led to a proportional increase in bombast, budget, and a focus on popcorn-worthy spectacle. And there’s nothing inherently wrong with a game that wears its blockbuster aspirations on its sleeve. Yet some developers are choosing to use this incredible computing power to craft smaller, more intimate experiences, with visuals that tie in thematically to this vision. It’s a beautiful sight to see. I cannot get enough of games that make use of pixel art.

There is something so wonderfully enchanting to me about that creative choice. I used to think that it was just the nostalgia that was behind this art style’s hold on me. It would make sense. The era in which video games were bound to using pixel art overlapped with some of the most carefree days of my life. Endless, hazy summers spent alternating between running around outside, aimless and phone-less, and slumping down on the sofa or the floor in front of my NES, the warm glow of the old CRT TV on my face complementing the air wafting in from the balmy evening outside. I know it’s a fallacy and an indication of the sinister ways nostalgia seeks to blind us to the realities of the past to think that we didn’t have worries back in the days of our childhood, but that is precisely the feeling that comes echoing back to me whenever I think of that time. And that feeling, bound so strongly to the memory of countless hours of exploring wondrous new landscapes with a controller in hand, comes rushing up whenever I see games now designed to look like those that I first explored then. It is instant and irrepressible.

But I don’t think it’s the whole story. I think there’s something else at play here too. Pixel art has this incredibly evocative quality that more advanced graphical forms do not. Its inherent limitations means that the artists working with it make sure to make every single pixel count. I’m of the belief that art isn’t just a static object that’s been created, a product to be observed; it’s an interaction between the creator and the observer. The essence of it lives in that electric space between the two. The best art doesn’t spoon feed you, but asks you to meet it halfway. You have to do some work, and invest a part of yourself into the process. That’s when the sparks really fly. There’s something almost Impressionistic about pixel art. Monet, Turner, Sisley–all of these figures sought to reflect and refract reality in a bold, imaginative way, away from the formal shackles of photo realism. For the Impressionists, depth of feeling took precedence over everything else. Subjectivity was no longer seen as a dirty word. Gazing at their work, you are not served an ‘objectively accurate’ rendering of reality. Instead your imagination is taken by the hand and led on a sublime dance in which it sparks up and interprets the imagery you see through your very own particular emotional lens. This is what happens to me with pixel art. With pixel art, every pixel is lifting mountains. Every limited spot has to be judged just right. And when it is, it works magic. When I look at pixel art–when I stand on a windswept autumnal beach gazing out over the waves in A Short Hike or I walk below the subtle warm glow of a lone lamp along a frozen-over mountain trail in Celeste–my imagination instantly fires up and I am transported to a sublime place of mood, feeling, and atmosphere. Pixel art evokes these feelings of warmth and simplicity and comfort and serenity, and I just cannot get enough of it. Long live pixel art.