In many ways, The Chair is a marvel.

The series takes on a number of charged, highly polarizing topics without aligning with any of them or ascribing ‘rightness’ to any particular side. It paints a grim picture of modern academia: a desperate plain where tenured dinosaurs intersect with a hyper-aware young professors who can’t get job security despite better enrollments than their more esteemed colleagues.

It highlights the contemporary Gen Z student body, disillusioned by all of the systemic lies and inequities, facing fewer prospects and more competition than any generation before them. They are the children that grunge built, the offspring of Gen X parents who suspected they were being sold down the river in the 1990s but lacked the ubiquity of the internet to confirm it. It doesn’t take their side nor does it root against them. The Chair merely reflects the reality of what they’re contending with and how cancel culture has become the de facto modus operandi in the face of such banal adherence to foundational pillars of academic thought that don’t necessarily align with the world of today. It doesn’t say cancel culture is good. It doesn’t warn that cancel culture is bad. It posits the thesis of a complicated confluence of conflicting ideas in six laser-tight episodes and then leaves the viewer to stew over the premise.

And stew you will.

I blasted through the whole season in a single sitting, but have spent much more than three hours considering the show. I’ve reached out to professor friends to get their takes. I’ve popped back to the departmental website of the liberal arts college that I attended to see how many of my English professors have now become entrenched in their own tenure, and I’ve ruminated with my own staff about the perils of accidentally running afoul of an unknown or unseen writing error in the eyes of a more progressive readership.

At its core, The Chair makes you think. The series stars Sandra Oh as Ji-Yoon Kim, the titular Chair of the English Department at the fictional Pembroke University, which is described in the show as one of the “lesser-Ivies.” We open on Oh as she begins her tenure as the first woman Chair and first person of color to ever preside over the English department at Pembroke. This fact alone seems a cause for celebration and an indication of a changing climate, but no sooner has she arrived at work, unwrapped a ceremonial nameplate for her desk which reads “Fucker in charge of you Fucking Fucks,” and breathed a sigh of contentment, when her chair breaks and sends her to the floor. It’s a gag, to be sure, but one that has meaning. Yes, the wood is walnut and the office itself radiates history and tradition, but some of the core infrastructure, out of both sight and mind, is weakening to the point of fracture.

With that we accompany Ji-Yoon as she’s immediately waylaid by Dean Paul Larson (David Morse), who requests that she expunge the three highest paid members of her faculty who also happen have the lowest class enrollments. We see her attempt to navigate the complexities of being a single, working mother who has adopted a Latina daughter, Ju-Hee (Everly Carganilla), who has a mind of her own. We watch her plead and negotiate with the only support person in her life, her elderly Korean father, Habi (Ji-yong Lee). We watch her drummed about like a shuttlecock between the warring factions of her department, the dean’s office, and the student body.

In that theater we get standout performances from Holland Taylor, who plays Chaucer-scholar professor Joan Hambling, Bob Balaban as the classic ivory-tower, out-of-touch American-lit professor Elliot Rentz, and Nana Mensah as professor Yaz McKay, a woman of color and a dynamic mind who truly connects with her students in a way the older generation can’t contend with. In the midst of all that we see the quagmire that is Ji-Yoon’s relationship with the grieving rock-star professor Bill Dobson, played by Jay Duplass. It’s this particular subplot that makes all the other ones murkier.

Dobson is a year removed from the death of his wife Sharon, and he’s a literal and figurative mess, a shadow of the professor he was. He oversleeps. He pops pills. He is an unwashed man. Unprepared, unnerved, and unready to overcome the devastation that is the death of a spouse. It’s an exceedingly light touch that alludes to a true closeness between the late Sharon and Ji-Yoon, and yet there’s a magnetism between Bill and Ji-Yoon that can’t be denied. Somehow, it doesn’t feel taboo. There’s almost a relaxed inevitability to the pairing, and the only thing that stands in the way other than the conclusion of his healing process is the fact that she’s now his boss. Duplass’s Bill Dobson has the musk of Professor Grady Tripp about him, and while the airtightness of the writing doesn’t leave enough room to explore the comedy of his crisis, Americans have long been smitten by the romance of the wayward genius. When he is recorded by his students doing a throwaway Nazi salute as part of a lecture on absurdism in the face of fascism, his world blows up. Overnight he becomes a pariah, something that amuses him greatly in the beginning but rapidly turns dark as he realizes that the tendrils of this gesture and the unanswerable questions it raises threaten not only his position at Pembroke but his future ability to work in academia at all.

As his Chair, Ji-Yoon is forced to address the situation, and she blunders into some mistakes that threaten to sink her ship as well.

If there’s any drawback to the show it’s that it is ambitious, and sometimes can’t follow ideas through to the point of satisfaction. There’s a subplot, for example, where Ju-Hee’s teacher tells her grandfather that Ju-Hee drew a picture that’s the most disturbing imagery she’s ever seen as a teacher. That hyperbolic statement leads to scene where Ji-Yoon looks at the picture and then pulls the business card for a family therapist out of her purse and stares at it. And that’s it. We never get anything more. Is it a dropped thread or is it a commentary about the limitations of parenting in the world today? Is it a way of showing the audience that Ji-Yoon has the right intentions but not the time to follow through on them? Several subplots seem to lose the fistfight for airtime, but if the series gets a season two from Netflix, which to this point it hasn’t, the hope is that more of these areas of interest will have room to be explored.

There’s also a question of slightness. Yes, the show broaches a number of important subjects, but chooses not to weigh in on them at all, which might be seen as a cop-out from some viewers. One also has to admit that The Chair features a very stylized portrayal of academic life. The reality is much more bleak. The evaporation of tenure tracks, the booming use of adjunct professor positions, and no show that wants to be visually relevant could ever capture the bone-crushing tedium of graduate students grading papers. There’s a lot to unpack in the ecosystem of the modern university, and a critique of the show could be that even with all of the conflict it lays out, it still barely scratches the surface.

The Chair is six episodes long, and that has consequences for what it chooses to highlight. Ultimately, we don’t see much from the point of view of the students. We don’t get to know Yaz as much as we’d like. We don’t really get our hands dirty in the muck of the system as much as the material warrants. Maybe, one might say, that’s why I was left thinking after the show. Because ultimately there either wasn’t enough true meat on the bone or the showrunners didn’t address the many nuances in a satisfying way. Any and all of these are valid criticism of the show, and yet I still enjoyed it. In addressing this subject at all, they’re wrestling a colossus. It felt like a good, small first season to me. The Chair was created and written by Amanda Peet and Annie Wyman, the former a respected actor and the latter a writer with a PhD from Harvard. I once met Peet on a New York City street corner years ago while I was working for a Merchant Ivory production and she was an undiscovered talent, auditioning for small roles. We only spoke for a half an hour as we waited for a pickup from a teamster van, but she was lovely and intelligent in person and I remember her recounting with delight some of the shows she had seen on Broadway and how she gushed about this relatively unknown performer named Jude Law whom she swore was going to be a big star. There was an excitement to her that resonated with every word she spoke. It was as pleasant of an interaction as you can have with a stranger and not only have I rooted for her ever since, but was blown away by her performance as Jules James in Brockmire. It’s an impressive feat to wear the many hats she does, producing and acting and show-creating and writing, and with The Chair she captures both the joy of language and the intellectual curiosity I remember on that street corner, years ago.

What different people take away from The Chair remains to be seen, but since its release it has stayed right up among the top ten most watched Netflix series. How many of the viewers are Grey’s Anatomy devotees and how many are drawn to themes of decay and dysfunction in modern academic institutions? It’s difficult to say, but the questions The Chair raises will stay with thinking viewers long after the three-hour runtime ends. 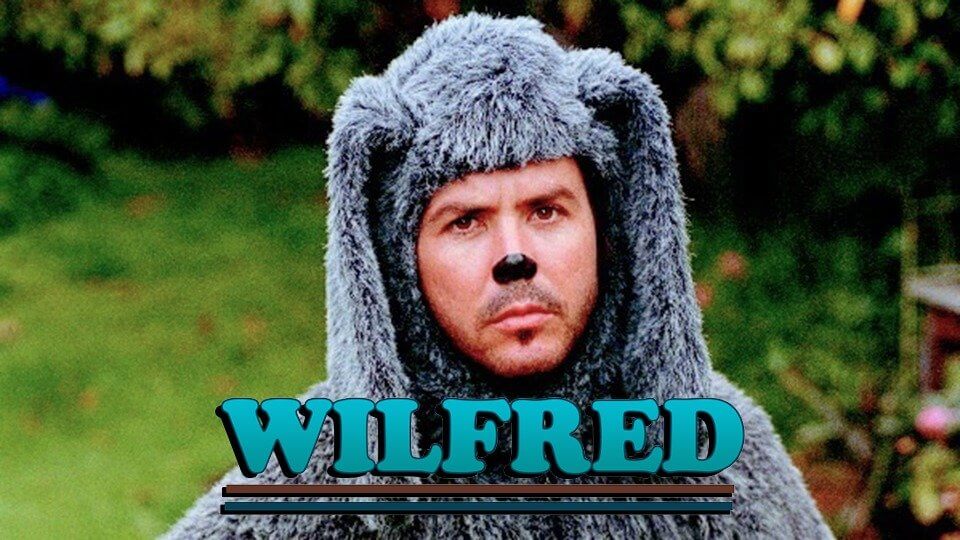