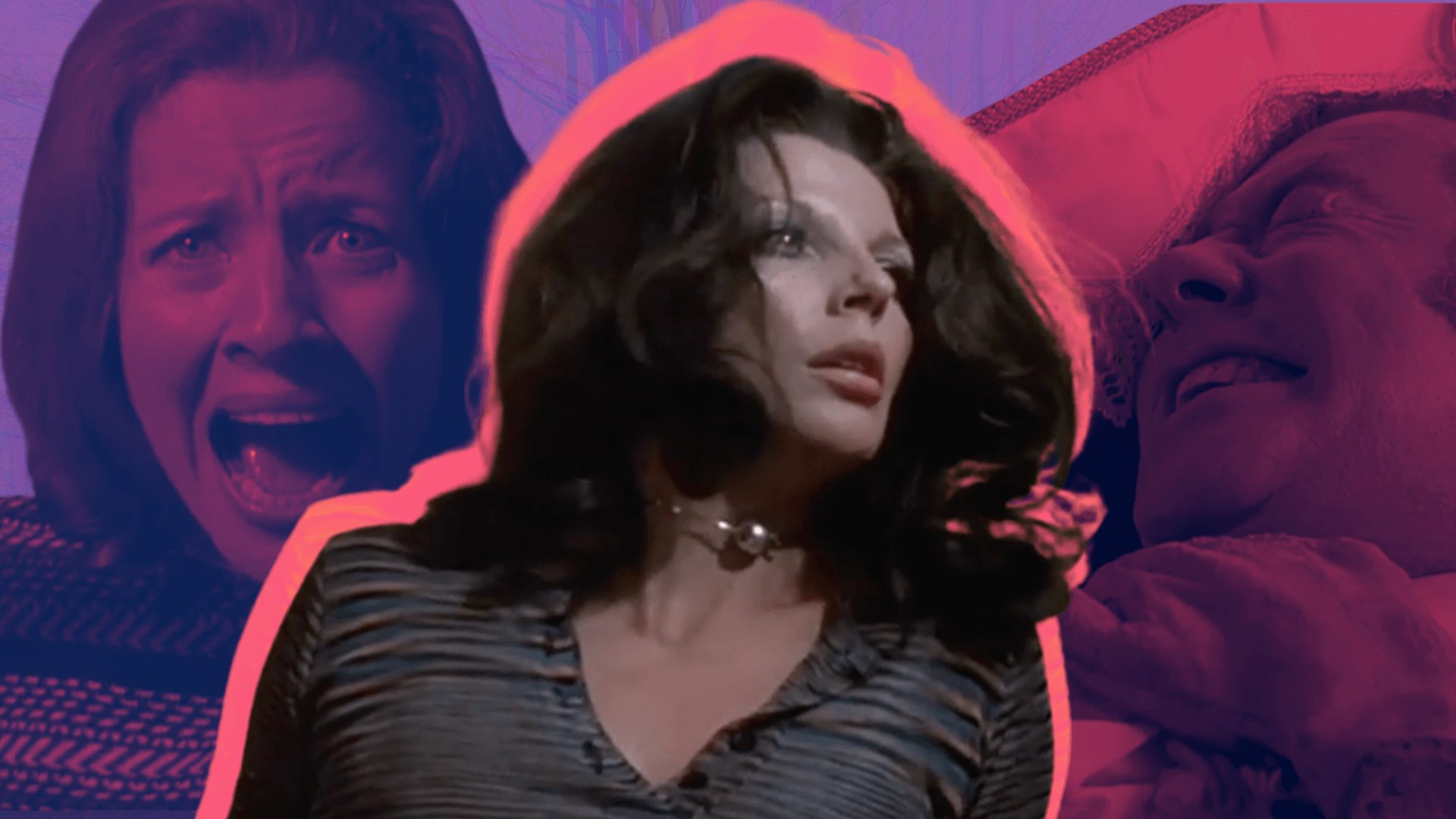 Few film subgenres are as truly effective as the horror anthology. While feature-length thrillers often fall flat while trying to maintain suspense over the extended runtime, more abbreviated anthology pieces allow filmmakers to continue to build tension for the entire duration of the story. Also, the smaller films allow for those working with smaller budgets to display their talents. With this in mind, let’s look back at a true classic among horror anthologies — 1972’s Tales from the Crypt.

Back before the iconic Crypt Keeper appeared on our TV screens, we had this British horror anthology based on tales from the comics. To quickly set up the film’s frame narrative, five seemingly innocent people find themselves separated from the main group during a tour of ancient catacombs. Ultimately, they arrive in the chamber of the Crypt Keeper, who details the wrongdoings that each person will go on to commit. While Tales from the Crypt is exceptionally solid for an anthology piece and holds up well 50 years after its release, not all its entries are equal. With that in mind, let’s rank each of the movie’s five installments from worst to best.

Tales from the Crypt’s final story also happens to be its least successful. Major Rogers and his trusty hound arrive at a home for the blind. Rogers is the newly appointed director of the home and immediately begins to cut the budget while purchasing ornate decor for his office.

Patients suffer through a harsh winter with no heat, while Rogers remains warm and cozy by his fireplace. Rogers dines on steak. The patients of the home can’t even get seconds on the few scraps they are forced to subsist upon. You’ll likely recognize Patrick Magee from his role in A Clockwork Orange. Here he delivers a stellar performance as the main advocate for himself and his fellow blind patients.

As can be expected, the patients ultimately turn on Rogers, isolating him from his hound in the basement, where the blind patients begin some sort of mysterious construction project. Rogers remains in the dark as to what his fate will be. Meanwhile his hound is left to become increasingly hungry and vicious.

This portion of the story is where “Blind Alleys” really starts to drag. There is only so long you can watch a group of men hammer and saw before you start longing for a resolution. I will say one positive thing about the final payoff for “Blind Alleys.” The reveal of the narrow hallway lined with razor blades that Rogers is forced to navigate is unsettling. This definitely feels like a precursor for the Saw franchise. But on that same note, “Blind Alleys” outstays its welcome in the end.

Here we see Carl, a father and husband, leave his family one night to run away with his mistress. During their getaway, Carl awakes from a nightmare shortly before his lover wrecks the car. Carl searches through the wreckage, but his mistress is nowhere to be found.

From this point forward, the film is shot from Carl’s perspective, similar to modern found footage films. This is an example of another strength of horror anthologies. Filmmakers can experiment and vary up their techniques to better suit each story while not having the movie feel like a confused, unfocused mess.

The use of first-person perspective puts us in Carl’s shoes as he walks from person to person, begging for help, only to be met with screams and panic. Arriving back at his home, Carl finds his wife living with another man. Eventually arriving back at his lover’s apartment, he learns that she was blinded in the crash. Oh, and the crash happened two years ago.

Shocked by the news, Carl finally sees his reflection and is shocked to learn that he is a zombie. He screams, and then we wake back up in the car. We were just led through Carl’s nightmare from before the accident. Unfortunately for Carl, this is a loop he seems unlikely to escape. Taking the middle spot is Tales from the Crypt’s most batshit crazy entry nestled inside one of horror’s oldest tropes: Be careful what you wish for.

Ralph and Enid find themselves facing bankruptcy. Luckily, they realize that one of their prized antiques will grant them three wishes — at a price. This should be a familiar premise at this point.

I am pleased to say that Ralph acknowledges the inspiration for these stories. He even cites the short story “The Monkey’s Paw” as a reason not to cash in their three wishes. But it’s too late. Enid has already wished for money.

Driving to his accountant’s office, Ralph finds himself pursued by a motorcyclist with a skull for a face. I told you this one gets weird. Of course, Ralph dies in a car accident, and his wife inherits the insurance money.

Regretting her wish, Enid wishes her husband back just as he was before the accident. Suddenly, a group of pallbearers deliver Ralph still dead inside his casket. Enid is informed that Ralph actually died of a heart attack just before wrecking his car.

With her final wish, Enid begs that Ralph be “alive forever.” Unfortunately, he has already been embalmed. From inside his casket, Ralph screams in agony. Enid does the sensible thing and grabs a katana from the wall and begins hacking away at her reanimated husband. This proves unsuccessful, and Ralph and his severed parts remain alive in eternal agony.

“Wish You Were Here” has fun with a familiar premise, but the fact that we’ve heard this story so many times before holds it back. No matter how many katanas it features. These last two entries are both equal in my heart. I imagine your appreciation of “…And All Through the House” will depend on your feelings toward that unique subgenre of scary Christmas movies. If you carry a fondness for the classic Black Christmas, the French extreme Inside, or newcomer Better Watch Out, this story is for you.

Joan Collins plays Joanne, a wife who murders her husband on Christmas Eve to get his insurance money (a lot of that going around here). As she works to cover up her crime and make sure her eager daughter remains in bed, we hear a radio report regarding an escaped homicidal maniac is on the loose dressed like Santa. Because of course he is.

Murder Santa attempts to break into Joanne’s home as she races to lock all the doors and windows. Joanne grabs the phone to call for the police, but stops herself. She remembers the corpse of her husband is still on full display.

Joanne then begins to stage the scene of her husband’s demise, leaving his body at the bottom of the basement stairs as if to indicate a fall. With her crime hidden, Joanne notices her daughter is no longer in her room.

“He’s here,” we hear the daughter shout with all the joy of a child who met Santa Claus. “I let him in, Mommy!”

It’s so good that only an incredible and heartbreaking performance keeps this story from the top spot. Peter Cushing is so compelling and tragic is his role as the gentle Mr. Grimsdyke that I had to give “Poetic Justice” the top spot. Horror movies, especially shorts, are often light on character, but Cushing manages to make you really feel for Grimsdyke.

“Poetic Justice” tells the story of a snobbish father and son (Edward and James) obsessed with driving away their lowly neighbor, Mr. Grimsdyke, who they feel is lowering their property value. Grimsdyke is a widower who eats dinner alone each night while talking lovingly to a photo of his dead wife. He works as a garbage collector who restores old toys he finds and gifts them to the local children. Together James and Edward use their influence in the community to ruin Grimsdyke’s life.

First they have the police seize Grimsdyke’s dogs. Then they get him fired and spread insinuations that he’s a pedophile. Finally, once Grimsdyke is all alone on Valentine’s Day, James mails him cards that appear to be from everyone in the town. Only inside each card is a hateful message written in verse.

Grimsdyke is later found to have hanged himself. James and Edward show a minor amount of guilt about having driven a man to suicide. But nothing to stop them from moving forward with their business as usual.

That’s until one year later when Grimsdyke rises from the grave. Edward finds his son dead alongside a large note written in blood.

“HAPPY VALENTINE’S DAY. YOU WERE MEAN AND CRUEL. RIGHT FROM THE START. NOW YOU REALLY HAVE NO…” Edward unravels the note to reveal his son’s heart pulled from his chest.

It’s a grim and grisly conclusion, but Cushing’s performance as a good and innocent man sent to ruin elevates this above everything else. To put that another way: This is a horror story with heart.