Let’s get right to it. Don’t wash your a**hole with soap. (Lifehacker)

“We’re having an affair,” says woman after being banned from the zoo for having a relationship with a chimpanzee. In her defense, men are sometimes the worst. (People)

Behold, the latest Starbucks atrocity (that’s right, I said it), the new Apple Crisp Macchiato. Thanks to Kaleena for taking one for the team. Journalists are heroes. (Pajiba)

Regé-Jean Page is not returning for season 2 of Bridgerton, but he will be returning to whisper sweet nothings to us narrating a sleep story for the Calm app. [Insert many sex jokes here.] (Mashable)

Who looks at a solar panel and thinks, this needs some razzle dazzle? Dutch designer Marjan van Aubel, who’s designing the solar roof for the Netherlands Pavilion at the Expo. (Inhabitat) We’re sick of 2021 and ready for Christmas. Just don’t forget about your Jewish friends (ahem, me) when shopping for The Office advent calendar from Funko. (Collider)

Taylor Swift joined TikTok with this video and in a matter of minutes that yellow dress sold out and she became ruler of the universe. (TikTok)

The Olympics are NOT over. 48-year-old Egyptian Paralympian Ibrahim Hamadtou is killing it in table tennis.

This is incredible. 48 year old Egyptian Paralympian Ibrahim Hamadtou who lost his arms in a train accident aged 10 in Tokyo today. Could have played football but took up table tennis “as a challenge.” How inspiring is this? (via @Ch4Paralympics) pic.twitter.com/ONB59KwgVD

If you were that kid in school who loved quizzes, you’re going to enjoy answering trivia questions on the Dorky Geeky Nerdy Trivia Podcast. (Plex)

Joel Sartore’s Photo Ark project has been raising awareness of wildlife conservation through his stunning and ADORABLE photography. (My Modern Met)

Just look at these faces. And this one. What even is it? And this little guy. So much sass. Tony Hawk sold a bunch of skateboards painted with his own blood and everyone is super chill about it. (IGN)

But not Lil Nas X, who called everyone out for calling him a Satanist for doing the same with shoes he released. I don’t want to take sides, but they’re both too extra. Just donate your blood like a normal person.

now that tony hawk has released skateboards with his blood painted on them, and there was no public outrage, are y’all ready to admit y’all were never actually upset over the blood in the shoes? and maybe u were mad for some other reason?

Hades is the best-rated game for PS5 and Xbox Series X on Metacritic. Suck it, other games. (Eurogamer)

I don’t know which is worse. The Starbucks Apple Crisp Macchiato or this Flamin’ Hot Mountain Dew. This. This is worse. (Adweek) Ray Caldwell got struck by lightning and still finished the game. What an overachiever, amirite? (ESPN)

Adidas and The Simpsons joined together for the greatest (and only) Ned Flanders shoe collaboration of all time. (Screen Rant) 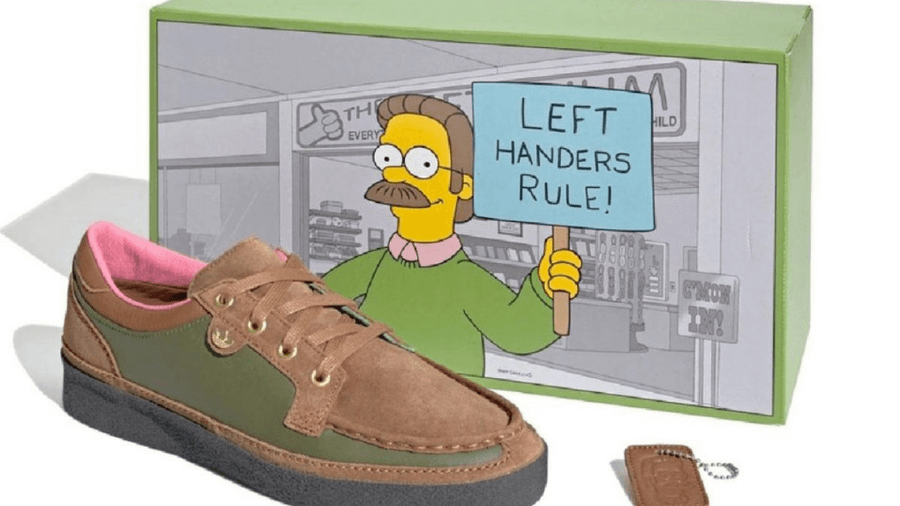 JoJo Siwa is going to be the first person on Dancing with the Stars paired with a same-sex partner. (Deadline)

Camila Cabello, Lil Nas X, Lorde, Machine Gun Kelly, and Olivia Rodrigo, along with a whole lot of other performers will be on stage at the VMAs on Sunday, September 12 making the awards show less boring. (MTV) This firecracker salmon wrapped with rice paper recipe better be as easy as it looks or I’ll never trust TikTok again. (TikTok)

There is a magical but eerie ghost town in Turkey called Burj Al Babas and officials and residents are trying to figure out what to do with it. I’ll bet 10 bucks it’s going to be a Disneyland. (Atlas Obscura) I interviewed Bassem Youssef years ago and he is as smart, funny and intelligent in real life–and his documentary Tickling Giants about the Arab Spring is a must watch. (Plex) Some of my best friends are Geminis, so I’m allowed to laugh at this. (Instagram)

What sport sorcery is this?

Definitely not the game I remember from a barbecue. 😳😮 pic.twitter.com/gKys0EbGDP

A German startup is developing an electric self-powered trailer called the Trailerduck that lets you tow 660 pounds behind your regular bike with no extra effort. Has this been an issue for people? (Core77)

The new Netflix documentary Bob Ross: Happy Accidents, Betrayal & Greed is giving people a lot of feelings, but not against Ross himself (though it is revealed his fro is a perm). (Esquire)

Calling this “jiggly squares” does not make SquarEats more appetizing. Who is bankrolling these terrible ideas? (Nerdist) To “create an environment that celebrates conversation between strangers,” Wendy and Claire Feuer started the Subway Social Club in New York. You wear their pin if you want to chat and take it off if you don’t. I need one of those in LA. I love this “celebration between strangers” in theory but I also love not talking to people. (Mic)

The Food Network is getting in on the holiday cash money spirit with their first original scripted movie, Candy Coated Christmas, airing on Discovery Plus. I guess the world is not ready for my original scripted rom-com, Potato Coated Hanukkah Latke but someday. (Variety)