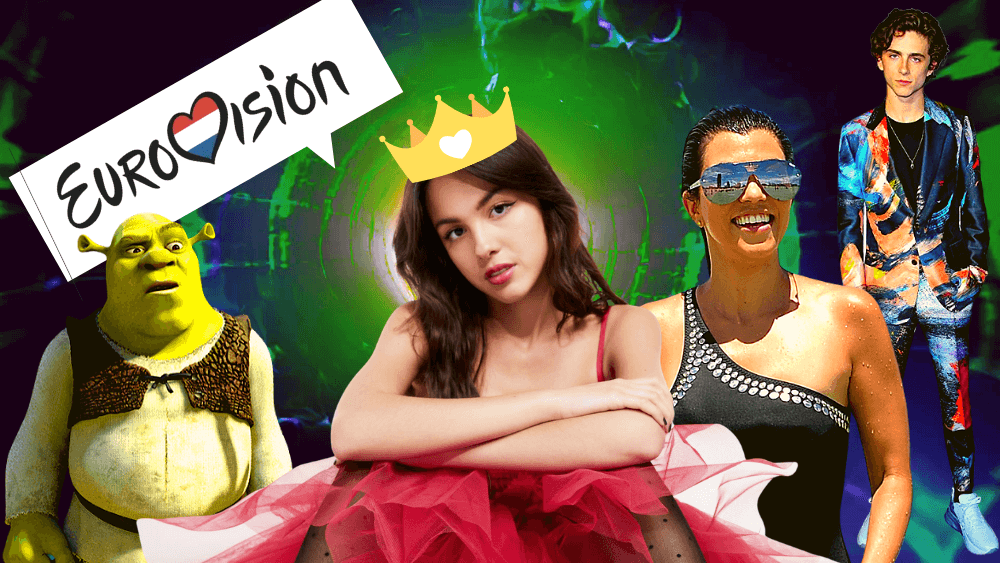 Once again, I did the Lord’s work and am ready to explain some notable pop cultural trends this past week. I use the term “explain” very loosely, as it is more of a rant than an explanation but still, you get the gist of it. (Get it? I know. It’s all uphill from here.)

The National Film Registry added Shrek to the Library of Congress and someone is not happy about it. And that someone is local buzzkill and Guardian contributor Scott Tobias. I thought I wasn’t fun at parties until I read his very thorough piece this week arguing that “Shrek is a terrible movie.” And although he is probably 100% correct about how “comprehensively bad its legacy remains, opening up the floodgates for other major studios to pile celebrities into recording booths, feed them committee-polished one-liners and put those lines in the mouths of sassy CGI animals or human-ish residents of the uncanny valley. Worse yet, it encouraged a destructive, know-it-all attitude toward the classics that made any earnest engagement with them seem like a waste of time. Those once-upon-a-times were now rendered stodgy and lame, literally toilet paper,” I didn’t want to hear it.

The first Shrek is and always will be funny and clever because fortunately I don’t have the kind of industry knowledge and education Tobias has, which has for 20 years deprived him of enjoying this very important cultural phenomenon. I still get excited when Shrek wipes himself with the page from the fairy tale book which indicates the beginning of an amazing adventure ahead. To this day I immediately break into Smash Mouth’s “All Star” when I hear a flush. That’s how much of an impact that movie has had on me.

But according to Tobias, “Twenty years later, that flushing sound seems to signify the moment when blockbuster animation circled the drain.” Good burn, Tobias. But you’re still dead to me.

Olivia Rodrigo released her debut album, Sour, this week and I don’t know why but Millennials have been getting the meme treatment for rocking out to it. (Maybe because we say things like “rocking out?”)

I’m sorry, does Generation Z think we were born already in our 20s and have no idea what being a teenager is like?

Sure, I’ve never really related to any kind of teenage breakup songs because in my family we weren’t allowed to date anyone until we were 25 and then had to do all our dating in one year and be married by 26. If we did go out on a date, it was done secretly and we had to be dropped off ten blocks away from our house. But there are no songs about your immigrant mother yelling “get away from that white guy,” so everything I know about heartbreak I had to learn from Gwen Stefani and Ace of Base.

But music is not about having the exact same experiences, OK, Generation Z? I don’t need to have “Mo Money” to understand the Notorious B.I.G.’s struggle with “Mo Problems.” You don’t have a monopoly on feelings. Have some respect. We gave you Beyoncé for God’s sake. Lemonade. What did you give us in return? The Tide Pod challenge and Addison Rae? (Seriously, what is her thing?)

You didn’t invent teenage angst. And I’m sorry to burst your Tide Pod but love and life actually get more complicated and disappointing when you’re older, so don’t come crawling to us (because walking hurts your aging knees) when your eggs are dying and you discover men are still assholes in their 40s.

We get it, Generation Z. You’re better than us. But maybe instead of bullying us with your mean memes (which yes, are hilarious) focus on fixing this horrible planet we left for you. Don’t make us not regret using all those plastic bags and straws.

We can’t go a week without a Kardashian trending. Turns out I can’t keep up with the Kardashians… (That was the ultimate dad joke. Admit it. Bask in its glory.)

This week it was Kourtney. Full disclosure, I don’t watch the show and never really have, so if you think I’m going to go out of my way to search for the clip all over the internet just to watch it and make up an opinion you are absolutely correct. That is exactly what I did.

This fight between Kim and Kourtney over Kim's nanny is must see TV. Kim is defending her nanny and Kourtney is (imo) deadass wrong 😭😭😭😭😭 pic.twitter.com/I6QJGCs27O

Apparently Kourtney was very rude to Kim’s nanny and Kim was defending her nanny (because she’s smart and not about to take care of 4 kids by herself).

Kim’s nanny–poor woman–I guess was with Kim’s kids and Kourtney and her kids at a restaurant and she called Reign (Kourtney’s kid) a liar for I don’t know what reason. And Kourtney went off on her. Assuming she was fired, the nanny left crying, getting her bags ready.

The sisters, including Khloe who wore that “why am I even here?” face the whole time, had a little chat at the dining table completely dolled up like we all do when we’re having our midday salads. Kourtney claimed her son insists on her confronting people in front of him. I don’t want to judge a 5-year-old but that doesn’t sound healthy. Even worse is a mother who encourages that kind of entitlement. Anyway, the whole thing ended on a bad note when Kim accused Kourtney of not being able to keep a nanny because she sucks.

And that’s it. That’s the whole story of why she was trending. (And now I realize we really could have done without this explainer.)

And not two minutes after that, Kim was trending because seven former employees are suing her, claiming she violated California labor laws. See, what did I tell you? Can’t keep up. (OK that was it, I promise.)

Timothée Chalamet has been cast as young Willie Wonka in the new Warner Brothers film. I don’t know. I like Timothée. But Willie Wonka is kind of creepy. The whole thing with the Oompa Loompas just never sat well with me. I felt so sorry for them. (Am I supposed to think slavery is cute if they’re little orange people?) The only reason they got away with the film the first time was because of Gene Wilder. That man couldn’t do anything wrong.

We didn’t need a Johnny Depp version (still having nightmares about that one) and I don’t think we need this one either, though I’m kind of excited to get lost in the deep canyons of Timothée’s cheekbones.

Every year I remind myself to look up what Eurovision is and every year I forget because I don’t care.

Watching the trailer for Eurovision Song Contest: the Story of Fire Saga on Netflix starring Will Ferrell and Rachel McAdams helped.

It’s basically a huge song contest, the biggest musical event actually, meant to bring countries together and be kept completely apolitical. Which is like having Thanksgiving dinner with all your racist extended family and trying to avoid controversy. They haven’t been able to adhere to that completely this year (or ever probably).

But it’s been going on for 65 years, so they’re doing something right. (95% of Iceland tunes in for it.) But I’ve never seen it and probably won’t. Because like Tobias, I refuse to enjoy fun, uplifting content. (Yeah, I’m still mad at him.)