Let’s just get this out of the way: I don’t watch the Arrowverse shows on The CW. I fell out of watching Supergirl after the first season. When it comes to all the ins and outs, the casting news, and the crossovers, I have zero cred.

I should clarify. I like old school Superman. My childhood Superman, Christopher Reeve. The one who stood for truth, justice, and the American way, back before those things seemed murky. The Superman who always showed up when things looked hopeless. Who was an unblemished force for good, and whose personal sacrifices were hinted at, but overcome in the service of his, well, service. (No judgment to anyone who’s on the edge of their seat waiting for the Snyder cut, it’s just not my jam.)

There’s a moment in the somewhat problematic 2006 Superman Returns when Lois is unconscious, she and her son held above rapidly rising water within a sinking ship by her fiance. He’s desperate, terrified, grieving the inevitable even as he tries futilely to keep his family alive. It’s horrifying. We feel his anguish, his utter despair. The water laps at his chin while he stares up through the tiny round window of a door he can’t open without letting go of his loved ones. Water covers the glass. They’re sinking, they’re drowning, they’re lost. And then we see boots plant themselves beside the window. The red “S” on Superman’s chest. He’s there, he’s come. The sheer relief of that moment is almost religious–you can see why anyone would worship this savior, there in your darkest hour, there to rescue you from the horror. Superman’s not interested in worship, though. He lifts the whole family and flies them to safety, and that’s it. He never lingers for praise. He never expects worship. Christ figure that he’s often depicted as, he lives up to the selfless aspect without getting into the dogmatic part. You can’t depend on much in this world, but you can depend on Superman.

When Supes started getting dark and moody and gritty, I stopped liking Superman movies. But I never stopped loving the man himself. So a new series about our favorite Kryptonian? Sign me up!

Back in the day, there was Lois & Clark, a fun, sexy little series with a far better title than Superman & Lois. Dean Cain played the Man of Steel with the sort of inherent, uncomplicated goodness that Reeve had. Teri Hatcher’s Lois was gorgeous and smart without the man-eating sharpness the character is sometimes given. The schtick was that they were modern and more “human,” finding a way to be in love without endangering Superman’s greater mission. I loved it. The descriptions of The CW’s new show made it sound almost like a retread of that one. 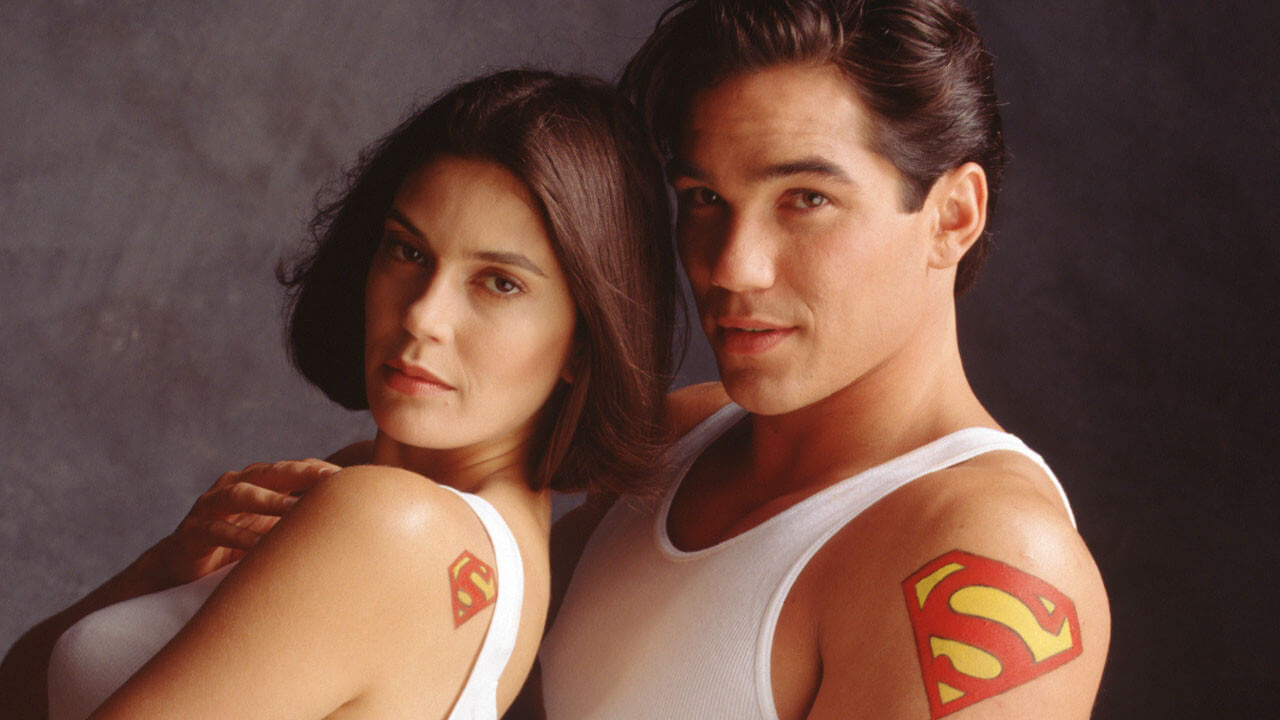 Alas, modern life in the mid-1990s was happier and more optimistic than modern life today. In the first 5 minutes of Superman & Lois, Pa Kent dies of a heart attack. In the next ten minutes, Ma Kent dies of a stroke. Past their single, fun days, Lois and Clark are married, living in Metropolis with their teenage twins, one of whom is a star athlete while the other is a disaffected gamer with social anxiety. The Daily Planet has been bought by a giant media corporation, the staff is being cut, and Clark loses his job just before his mom dies in Smallville.

Back on the farm for her funeral, they find that almost all of Clark’s old friends moved away seeking more opportunity. The family farms there are struggling, local businesses have shut down, and Martha Kent reverse-mortgaged her own farm to keep everyone else afloat. The Trumpian billionaire Morgan Edge (new owner of the Planet) is buying up land around the old mine, though Lois knows him to be a bad dude and doubts he’s there to help the locals as he claims. Her opinions are rudely dismissed by Lana Lang’s husband, Kyle, who assumes Lois is a typical elitist city girl who considers them to be ignorant country bumpkins. There’s an undercurrent of the identity politics and clashing values we all know too well these days.

In short, there’s a lot of depressing reality in this show. Meanwhile, Lana’s daughter Sarah brings the Kent twins into the barn, where Clark has always forbidden them to go. Inexplicably, the wireless router has been mounted to a beam above a pile of metal pipes. Jonathan, the football star, doesn’t know how to reset a router, so it’s troubled twin Jordan who climbs up to fix it and get them some internet. Of course, he falls. Of course, the pipes fall on top of him. His brother dives in to shield him, and they both survive unscathed. It’s not much of a surprise to viewers that it’s Jordan who actually shielded them both from harm–while Lois and Clark always thought Jonathan might have inherited super powers, turns out it was Jordan. (Even my children, watching with me, had assumed from the very first scene with the twins that it would be the angry gamer who had powers.)

The boys finally learn the truth about their dad, who’s been lying to them for their entire lives. This segment got the biggest laugh of the episode in my house–when Clark sadly asks Lois, “Am I a bad father?” all three of my kids yelled “YES” and cackled. I have no real point here, just that while watching a show about a middle-aged Superman dealing with parenting issues, it’s no fun to realize that the younger generation is going to identify with the kids instead of the parent. Even if that parent is SUPERMAN. Still mad at their dad, the boys sneak off to a bonfire party. Sarah tells Jordan that her home is an unhappy one, with her dad sleeping on the couch. She describes a sadness that Smallville suffers from like it’s a sickness. It even led her to try to overdose on her mom’s pills the year before. This is all very troubling, of course, although it’s just a different, and new, version of a small town stereotype. Back in the 1970s and 80s, small town Kansas was depicted as an idyllic, all-American place. Now, it’s depicted as a shell of its former self, a place where, according to Sarah, parents cook meth in front of their children. I’m not sure this bleak depiction is any closer to reality than the idealized one was.

Sarah’s tale is upsetting, but Jordan responds to it by kissing her. I know he’s an awkward teenage boy, but really? Before she can adequately react, her boyfriend comes flying in from nowhere, Jonathan shows up to defend his nerdy brother, and suddenly we’re in a full-on melee. Jordan, angry, accidentally shoots fire from his eyes and creates an explosion. (Teenage parties, am I right?)

It’s a mess. Lois and Clark don’t know how to handle all these problems–not to mention the super-powered villain who’s been damaging nuclear reactors, knows the Kryptonian language, and uses Clark’s real name, Kal-El. 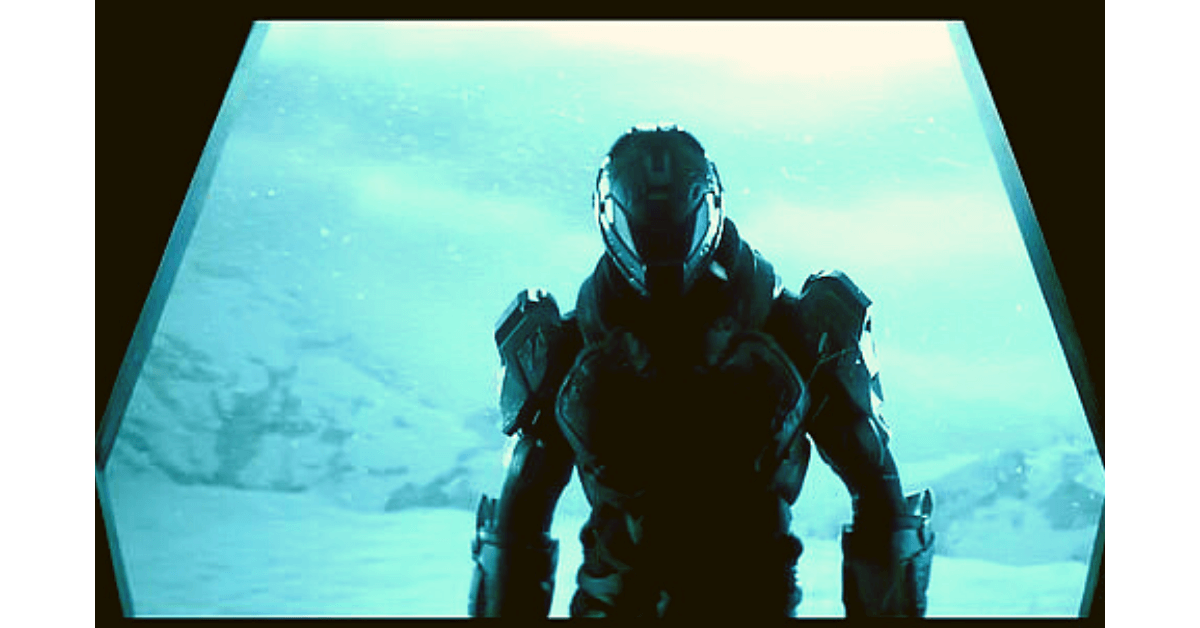 As the twins are having their bonfire fight, Superman is battling this new enemy around the world and up in space. He’s eventually shivved with Kryptonite and falls from the sky. Only Lois’s voice in his ear gives him the strength to save himself. He arrives home to find his sons requiring the attention of EMTs for the second day in a row. Throughout the episode, he’s struggled with feeling like an absentee father, choosing the needs of the many over the needs of his children. Now he’s face to face with his failure. It’s almost as painful to him as the Kryptonite.

Tyler Hoechlin’s Superman is one I like, one who genuinely cares about everyone and wants to protect the world. I appreciate that unlike Zack Snyder’s Man of Steel, he’s not moody, angry, or dark, none of which feel like Superman to me. What he is, though, is sad. He’s living in a depressing world. The bad guy–who is maybe Lex Luthor from a different timeline?–seems like less of a threat than the economy, the opioid crisis, rampant corporatization, and the hollowing out of the middle class. (Elizabeth Tulloch’s Lois so far is a bit of a cipher, so it’s hard to see yet what her role is other than worried mother.) In short, the pilot is well-acted and effective, but not much fun.

All in all, I’m beginning to think that trying to humanize Superman–whether by making him as gritty as Batman or just by saddling him with realistic family and parenting issues–only serves to take away his main characteristic, selfless heroism. Superman should be there to save us from the darkness, not to join us inside of it.