The pandemic cancelled a lot of gaming conferences this year, leaving publishers and developers on their own to whip up a different way to get the word out about their latest projects. Gone was the convenience of waiting for an info dump during the few days of a big event. Instead, people had to check each company’s scheduled videos, livestreams, or social media accounts to catch the news. Which wasn’t bad, but still a little inconvenient if you’re not in the habit of keeping track of it all.

Worry not, busy friends. Here’s a roundup of some of the biggest gaming news dropped this summer. Microsoft announced the release date and price of its next generation consoles, the Xbox Series X and Xbox Series S. Both models will debut on November 10 and retail for $499.99 and $299.99 respectively. The Series X is a simple, black console that looks like a chunky cinder block with a Blu-ray disc drive. It supports up to 8K resolution and has a 1TB SSD for storage. The console is backwards compatible with select Xbox titles going as far back as the original Xbox.

The Series S is a white, speaker-looking console that saves space by getting rid of the disc drive completely. According to Microsoft, it isn’t quite as powerful as the Series X, but it has at least four times the processing power of the Xbox One. This is a good choice for cash-conscious users who prefer buying digital versions of their games. The downside: since it has no disc drive, you won’t be able to play older titles without repurchasing a digital version of it in the Xbox store. Sony’s next generation console will also come in twos. The disc drive version of the PlayStation 5 will cost $499.99 and the digital version will go for $399.99. Both will release on November 12 and can support up to 8K resolution, 120 FPS, and faster loading times. Backwards compatibility depends on the game, though players can expect popular games, like Marvel’s Spider-Man, to work on the new consoles. Unfortunately, it doesn’t sound like there’s much support for games that launched on models older than the PS4.

The PS5 is a surprisingly enormous console that looks something like an air purifier. In an official teardown video, Sony showed off its removable sides and easy-to-clean interior, but the size remained the most striking image. A report from Bloomberg in August has revived rumors that a “Pro” edition of the Nintendo Switch will release sometime in 2021. Fans have been hoping that Nintendo is working on a new Switch with hardware upgrades that could support better graphics and 4K resolution gaming on par with its competitors. It might sound like wishful thinking, but analysts told Bloomberg’s reporter that it isn’t a bad idea. A new and improved Switch could help Nintendo keep its boost in sales driven by homebound players during the pandemic.

All this focus on the Switch has taken an unfortunate victim. In September, Nintendo confirmed reports that they have stopped manufacturing the Nintendo 3DS family of portable consoles in early 2020, presumably to focus on Switch production. The decision shouldn’t impact current owners too much, a company spokesperson told GamesIndustry.biz, since 3DS games, online play, and the Nintendo eShop will still be available in stores and on Nintendo’s website.

The Nintendo 3DS was first released in 2011 as a successor to the very popular Nintendo DS. Fans were slow to warm up to it, prompting a price cut and the development of later models that threw out the barely used 3D feature. 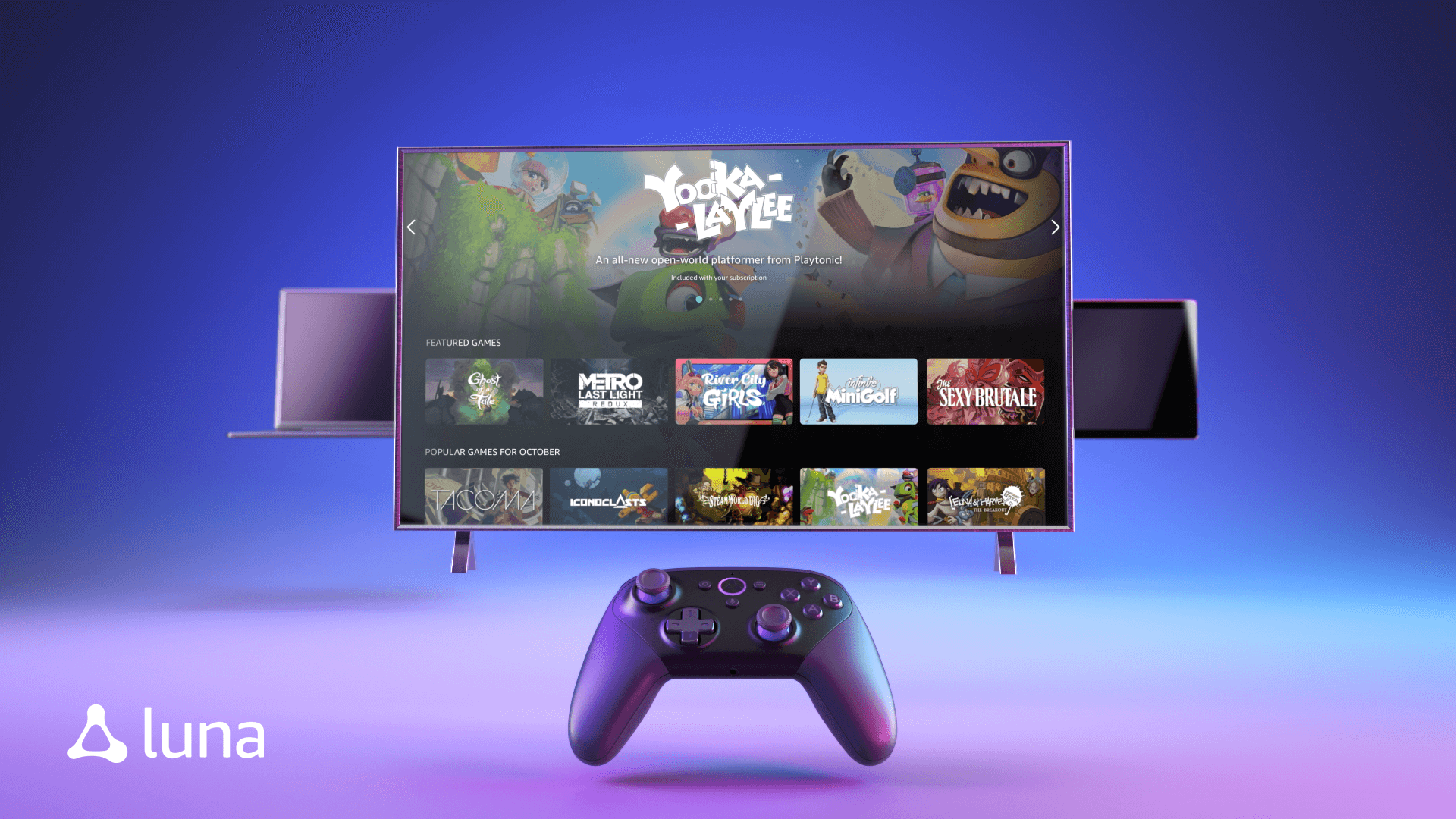 In September, Amazon announced the next stop on its rocky ride into the gaming industry with a new cloud gaming service called Luna. This subscription service will let players stream games directly to their device without waiting for downloads or updates. It works a lot like Google’s Stadia, except Amazon has a couple unique advantages in this field. First, the whole service is powered by their own Amazon Web Services, which is more widely used and arguably easier to port to. Second, they’ve made the controller Alexa-compatible, which makes it stand out from other controllers. Luna is currently in early access and available for an “introductory” price of $5.99 per month.

Amazon’s foray into gaming has been rather weird. The company’s acquisition of Twitch in 2014 was a great business decision, but Amazon’s attempts to go beyond that through game development has been met with key members leaving its development team, layoffs, and cancelled projects. The most recent cancellation comes from Crucible, a multiplayer shooter that was launched in May and went back into closed beta in July before biting the bullet in October.

GOG and Epic Games team up GOG, the online store known for selling retro and DRM-free games, is testing out a way to let players buy titles from the Epic Games Store through GOG Galaxy 2.0. If successful, this would put the platform one step closer towards becoming a single hub for game purchases and libraries.

But first, the feature has to go through testing with a group of existing users.

“Since its launch, the most requested new feature has been the option to buy games not only from GOG.COM, but from other platforms as well,” stated the announcement. In the future, the company intends to add more “titles previously exclusive only to other gaming platforms.” The Epic Games v. Apple lawsuit has a date for a bench trial, meaning the case will be tried by a judge rather than by a jury, set for May 3, 2021. Epic Games intends to argue that Apple’s App Store policies are anti-competitive and monopolistic.

The dispute between the two companies began in August 2020. Fortnite, owned by Epic Games, was required to allow Apple to take a 30 percent cut of all purchases made through the app on the App Store or face removal from the store. In a move to challenge Apple on its policy, Epic Games decided to offer Fortnite players a discount to purchase in-game items outside of the App Store. Apple subsequently removed the Fortnite app for violating company policies.

Epic Games then released a video announcing its disagreement with Apple and launched a lawsuit. A judge already told the company it couldn’t tell Apple to relist its app on the App Store. (Epic started it first, the judge reminded them, making any ‘damage’ from delisting self-inflicted.) The same judge also scolded Apple for trying to strip away Epic’s developer licenses. If Epic had lost those licenses, then it would’ve impacted their work on Unreal Engine.

Accusations of anti-competitive policies isn’t a first for Apple. WordPress and ProtonMail claim they were coerced into adding an in-app purchase system to what were intended to be free apps in order to stay on the App Store. Other developers have quietly complained about facing similar pressure. These reports have placed Apple under intense scrutiny from Congress, but members of the House still appear to be too conflicted to work together on any antitrust action.