Before we get into the more concerning aspects of laugh tracks, I want to try a little exercise.

A wide-eyed man, tall and dressed all in black, rushes past a crowd of women leaving their self-defense class. The man confronts the instructor, saying he’s been watching. There is a long, uncomfortable silence between his words.

“I tried attacking two women. Did not work,” he shouts in exasperation.

Later, the same man is walking along a New York street when he sees two familiar women. Carefully stalking them, he shouts “Danger” as he leaps at them from behind.

You may recognize these scenarios from season six, episode 17, of Friends, when Ross attempts to impart some sort of lesson in self defense to Rachel and Phoebe. But with the laugh track removed, these scenes take on a much darker tone.

The use of live studio audiences dates back to the days of radio where producers needed a quick way to communicate the purpose of their program to viewers. For those new to the medium, the sound of an audience laughing was an efficient way to say, “Hey, this is a comedy program. Not a bunch of tiny people trapped in a nefarious box.”

This practice was carried over into the realm of television, and over the years shows would utilize prerecorded laughter to sweeten certain jokes. Despite being seemingly harmless, the TV industry tried its best to keep such a practice a trade secret up until the 1960s.

So what, if anything is so troubling about the continued existence of the laugh track in contemporary shows? Well, one concern is that laugh tracks tend to make for less discerning viewers.

You may not notice it during everyday conversations, but it’s likely that if the person you’re speaking with laughs, you’ll mirror this behavior regardless of what you find funny. It’s that or you risk looking like a sociopath or, worse, someone who “doesn’t get it.”

Canned laughter serves the same effect on a show, but the results can be problematic, as Kenneth Brewer explains in the journal Studies in American Humor.

“[T]he laugh track has the effect of rendering viewers less astute than they would otherwise be… and is essentially a subset of the long-standing critiques of mass culture as dumbing down our society or having dire ideological effects on those who consume it.”

But beyond coaxing you into laughing at a few gags that would have otherwise bombed, what else can a laugh track convince you of? Where’s the real problem?

Researchers at the University of Delaware and Michigan State University wanted to answer this question as it relates to risky behaviors. Because even though most sitcoms aren’t intended to teach you anything about health norms, that doesn’t mean they won’t.

For example, previous studies have found that humor regarding accidental pregnancies can serve to decrease viewers’ intentions to practice safe sex. As researchers Morgan Ellithorpe and Nancy Rhodes wrote in the journal Media Psychology, this sort of humor can trivialize consequences and promote dangerous social norms.

“The laughter of the audience, therefore, tells the message consumer that he or she can and should laugh at the joke’s target. For example, audience laughter in response to racially insensitive comedy was found to imply audience support of the joke and its content, and this influenced norm activation,” they wrote, adding, “The laugh track not only tells the viewers that other people find the topic funny, but also that it is socially acceptable or even desirable to do so.”

To test this hypothesis, Ellithorpe and Rhodes had volunteers watch clips from Friends with and without the laugh track. More specifically, the non-control group watched the season seven, episode 22 scenes where Rachel borrows Monica’s Porsche and proceeds to drive like a bat out of hell, much to the chagrin of an overly cautious Ross in the passenger seat.

Of course, our “live studio audience” laughs along with Rachel’s cavalier attitude toward traffic safety and mocks Ross for recommending a slower speed. The results of the experiment indicated that the removal of the laugh track from the driving scene was associated with “higher accessibility of pro-safety norms” between one’s friends and peers. This means that without a laugh track backing up Rachel’s irresponsible driving habits, her behavior seems a little less acceptable.

“One possibility is that when the laugh track is present it implies audience approval of the reckless behavior,” the researchers concluded.

If something as minor as a laugh track can affect an audience’s perception of norms related to safe sex and traffic safety, what sort of influence can it have on bias already ingrained in much of its possible viewership? Professor Jimmie Manning at Northern Illinois University examined this question to find out how comedy can sometimes be used as a “mechanism for control.”

Manning examined episodes of Will & Grace to see how the laugh track was used to both reinforce and counteract bias toward those in the LGBTQ community. He studied a four-episode arc from 2003 wherein Karen’s “unattractive” cousin Barry reveals himself to be gay. The problem, as the show sees it, is that Barry does not properly present as a gay man.

Much to Will and Jack’s dismay, he is unconcerned with physical appearance or what they consider to be the gay lifestyle. They are tasked with transforming him into a stereotypical gay man, a la Pygmalion.

Responding to Karen’s demands that they prepare Barry for the “social event of the gay season,” Will responds, “Karen, he’s 20 pounds overweight. He shops at Miller’s Outpost, and he has a beard. (Laugh track.) And I don’t mean taking your mother to the Academy Awards kind of beard, I mean actual facial hair. (Laughter.)”

As Manning points out, “The laugh track marks and naturalizes Barry’s foolish nature for not embracing” the prescribed gay stereotypes, and he will remain incomplete until he “develops a sense of supernatural awareness that gay men are supposed to have regarding style and beauty.”

Meanwhile, these episodes also follow a familiar pattern wherein someone comments on a gay character’s perceived effeminate behavior, which is then reinforced with — you guessed it — a laugh track. An example of this that I can’t imagine has aged well is when Grace describes Jack’s running posture using a gay slur followed up by a booming chorus of chuckles.

Here we see how a laugh track can be used to signal what–and who–we can laugh at. What is normal. What is not. Even if you can relate to the characters you see onscreen, this artificial audience interaction frees you from any anxieties you may feel for those who end up as the butt of the joke. You’re free from moral concerns because you’re just a voice in the crowd. No matter what their misfortunes or misdeeds, these characters live in a world of laughter, not tragedy.

And if you aren’t sure of the difference, remember what Mel Brooks said: “Tragedy is when I cut my finger. Comedy is when you fall into an open sewer and die.” 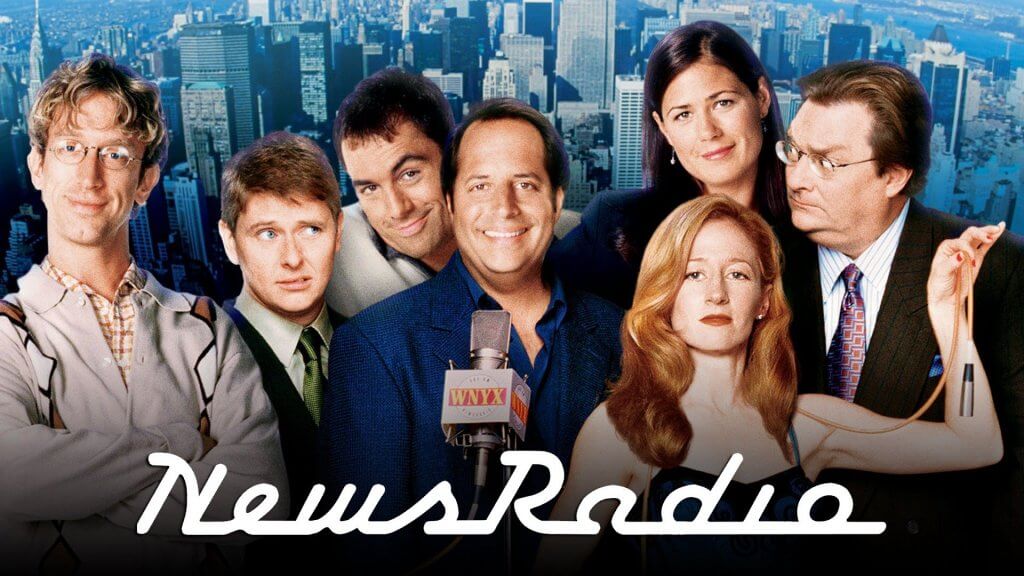