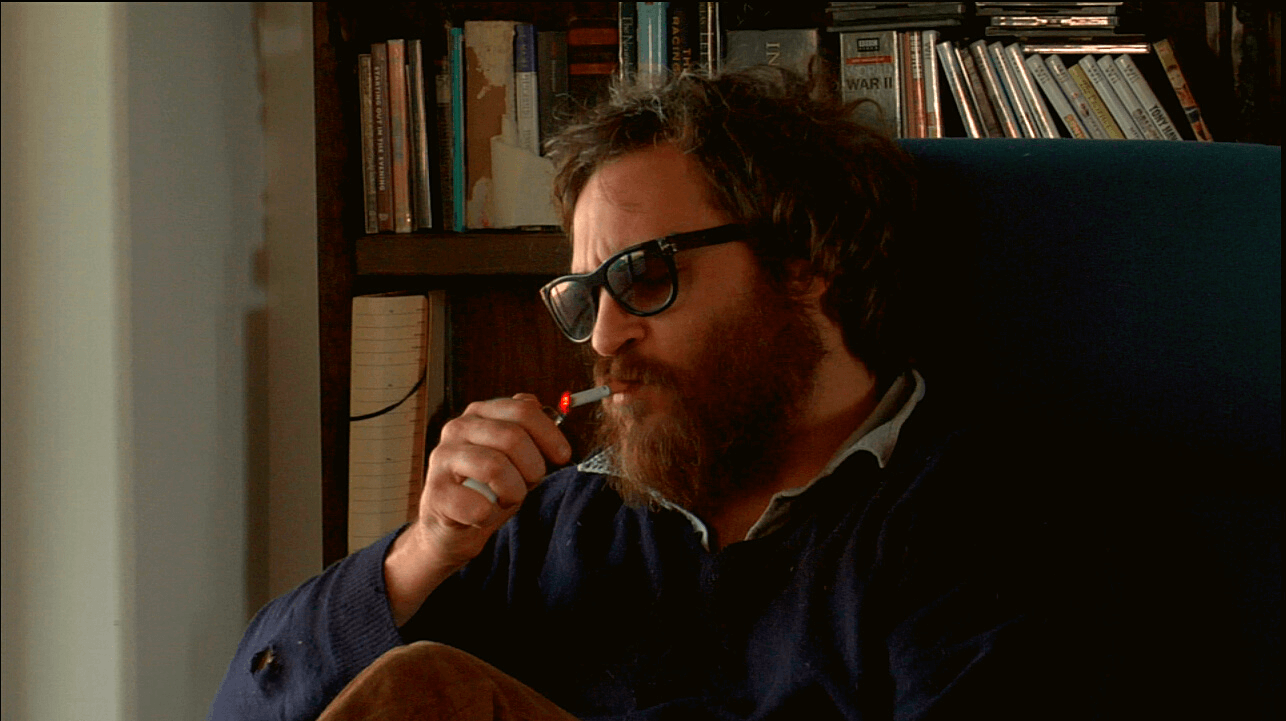 Did Joaquin Phoenix really think he would get away with it? Did he think the world would fall into collective amnesia and simply forget the bizarre fake documentary that he and Casey Affleck released back in 2010? Apparently the answer is yes, because I’m the only person still talking about it.

Before we begin, I want to be sure we’re defining our terms properly. I’m using the phrase “fake documentary” with purpose because I’m Still Here was not some fuzzy “mockumentary” à la The Office or Parks and Rec. Far from it. Joaquin Phoenix dedicated two years of his life to filming a completely fake documentary about himself that he tried to pass off as real.

Remember that bizarrely awkward Letterman interview with the beard and the gum? STAGED! Remember how Phoenix said he had “retired from acting” and was going to pursue a career as a hip-hop artist? He was acting the whole time! And we’re all just supposed to move on with our lives like none of it ever happened? Not on my watch.

The year was 2009. Phoenix had supposedly “quit acting” a few months prior and appeared on the David Letterman show for this infamously awkward interview:

I’d forgotten that this interview is nine minutes long. Nine minutes. And Phoenix got through the entire thing without cracking a smile, which solidifies something that was never really in doubt but is still worth noting: Joaquin Phoenix is a damn fine actor. And his range! I remember when I was first introduced to Phoenix. I was ten years old and went to see Gladiator in theaters (I had cool parents who did stuff like take their ten-year-old daughter to watch an R-rated movie). I came out of that movie loathing Joaquin Phoenix with every fiber of my being. He’s just too good as Commodus; I truly believed he was evil incarnate and it took me years to shake the hatred. Now I just think he’s mad talented, even when he’s creating a stupid fake documentary.

What’s strange about Phoenix’s Letterman interview is that it’s just as painful and awkward (and super cringeworthy) to watch even when you know the whole thing is fake. Is it just me or does the fact that Phoenix is faking the whole thing make it somehow worse? It’s not that I feel bad for Letterman for falling for the stunt–most of us did! I feel bad for Phoenix. He threw himself into this charade for two years. He dedicated his entire life and public image to making this documentary that he thought would be a legitimate and respected commentary on the fakeness of reality shows and our collective obsession with them, only to have the film flop. But that interview with Letterman is not even the most cringeworthy part of I’m Still Here. Oh no–it gets much worse. There’s rapping.

In my opinion, the most hilarious part of I’m Still Here is Joaquin Phoenix’s (fake) pursuit of a career as a rapper. He even goes so far as to call up P. Diddy and gets studio time with him to share his song “Compli-fucking-cation,” the lyrics of which are essentially, “Compli-fucking-cation, mother fucking complication,” on repeat. Apparently P. Diddy (or are we calling him Puff Daddy again now? Sean Combs? I can’t keep track) was actually in on the hoax and went to great lengths to help Phoenix perpetuate his fake rapper persona. Turns out that Diddy is a pretty decent actor himself!

All that aside, the most bizarre aspect of I’m Still Here is the aftermath or–as I pointed out at the beginning–the lack thereof. Two years after the “documentary” was released, Phoenix went on to star as a follower of a fictionalized version of Scientology founder L. Ron Hubbard in the critically-acclaimed film The Master. Soon after, he starred in Her, which was also well-received and won an Oscar for Best Screenplay. And so on and so forth. My point in listing these out is that Phoenix went right back to his pre-I’m Still Here life in a snap, as though it never happened. And we all accepted this. Nay, we rewarded him for it.

Although it flopped, I’m Still Here is looked back on in an almost charming way. “Silly Joaquin, fake documentaries are for kids!” Why? I think it deserves more attention than that. We all need to talk about I’m Still Here more often and it’s not just because this Office-worthy scene where Phoenix jumps into the crowd to attack a heckler lives rent free in my mind:

Is I’m Still Here a film that should be reminisced upon more often, or is it something we should all forget, for the sake of humanity? Decide for yourself!