We all love Alan Tudyk, right? He’s never been anything but incredible in every role, and he can do it all–comedy, drama, voice acting, and that weird rubber-faced thing that Jim Carrey was so good at.

While lovable Alan Tudyk is a delight, and I will never stop being sad about Wash’s sudden and untimely death in Serenity, menacing Tudyk is arguably better. In another Joss Whedon show (I know, but we’re talking about Tudyk here), Dollhouse, he played the original doll, Alpha. The character was a bad guy to begin with, whose personality was then wiped and replaced so many times that he finally had a psychotic break and went on a massive killing spree. He reappeared from time to time to be mesmerizingly scary while channeling all his different personalities…and he was physically intimidating in addition to being a psychopath. It was quite a departure from Wash, and that’s when I knew Alan Tudyk could do anything.

Which brings me to SyFy’s Resident Alien. The show ended its first season last night, and what I love about it most is the fact that Tudyk gets to employ his entire repertoire as Harry–he’s both lovable AND a murderous villain. And lots of other things in between. (The fact that he’s an alien is not a spoiler, by the way.)

It’s so weird to find yourself sympathizing with a character who unapologetically plans to kill everyone on Earth and specifically has beef with a little kid, sneaking into his room at night to murder him. (Don’t worry, no children were harmed in the making of this show.) It’s not as if we know Harry’s reasons for planning to destroy us all–we’re just stuck following his adventures in spite of it. He literally kills the first guy he sees and then assumes the guy’s appearance and life…and again, we’re just stuck going along with it. The real Harry was a doctor, so alien Harry has to pretend to be a doctor, with all the terrible medical advice that entails…and we have to go with it. Later, real Harry’s estranged wife shows up. Alien Harry lies to her and sleeps with her, all while her actual husband’s corpse is in the meat locker in the basement. It’s appalling. And yet we continue to root for his killer. It’s weird. But it works, and that’s because Alan Tudyk is incredible. When Harry is in killer mode, he’s truly scary. When he’s in awkward pretending-to-be-human mode, he’s hilarious. His facial expressions are like those of a bizarro human or someone who’s never had, you know, facial expressions before. His most natural conversation is the one he has with an octopus. His verbal tics are so weird as to be believably alien. In short, this is the role Tudyk was born to play. By which I mean he’s probably an alien in a human suit. Can you prove he’s not? The rest of the show lives up to his performance by offering a diverse cast of characters that don’t spend their time discussing issues of diversity–they’re simply a bunch of people who live in the small town of Patience, Colorado. There are Native Americans, disabled people, Black people, white people, Asian-Americans, Muslims, children, parents, interracial couples, and Linda Hamilton. There are issues like adoption, gender discrimination at work, marital growing pains, improper use of prescription pads, alien hunters, and parenting worries. Oh, and a murder mystery. It’s just your typical American town full of average American people and Alan Tudyk. Apart from Harry, my favorite part of the show is its depiction of women’s friendship. Harry’s first human friend is Asta, whose lifelong bestie, D’arcy, is a heavy-drinking, drug-using former ski champion who no longer knows her place in life. She’s a mess, but it doesn’t matter. She and Asta are ride or die and they pass the Bechdel test at least twenty times an episode. It’s so refreshingly realistic that I even forgive every awful decision D’arcy makes. All the friendships are lovely, in fact–and at least so far, they’re free of will-they-or-won’t-they romance getting in the way. Resident Alien has already been renewed for a second season and Harry hasn’t killed us all yet, so I’m looking forward to more stories of this weirdass alien being just another typical resident of Patience, Colorado. Bring it on, SyFy! 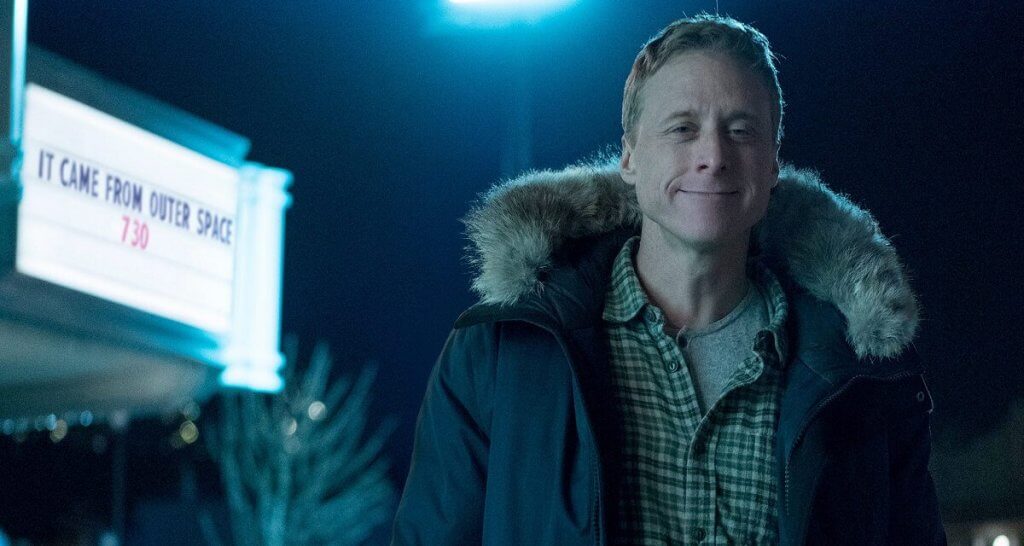