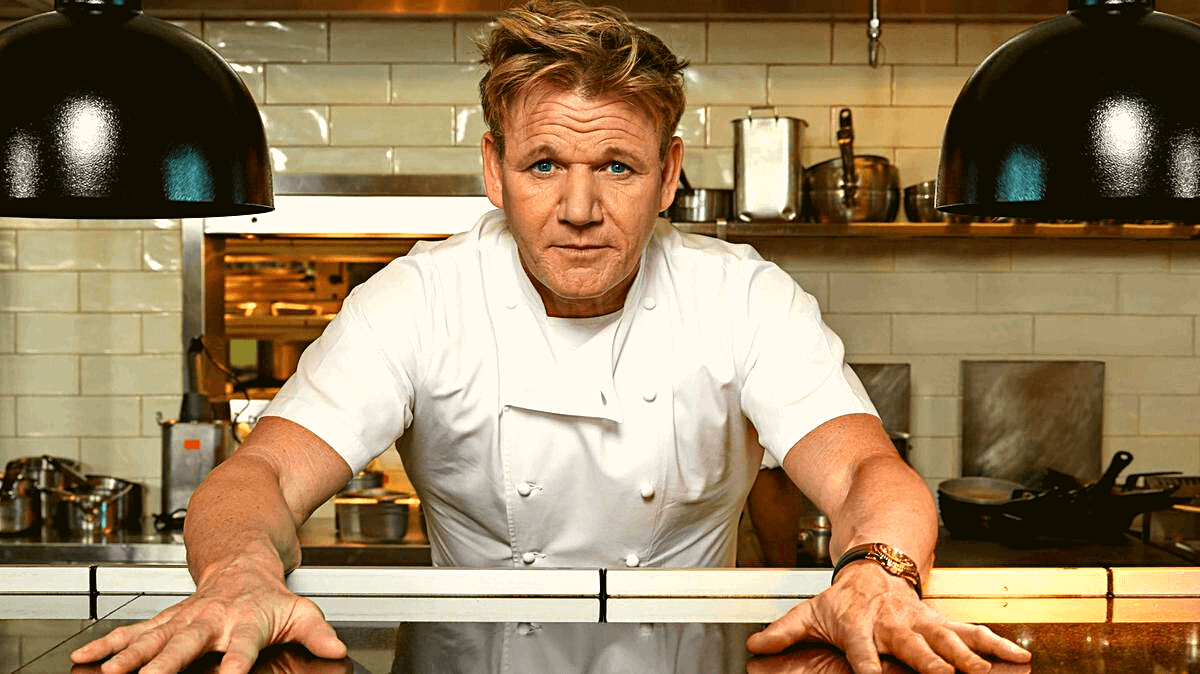 Cooking shows are basically an American pastime. I’ve loved them ever since I was a kid and would stay home “sick” from school and watch Rachael Ray’s 30-Minute Meals, Unwrapped, and Good Eats. I still can’t shake the habit now that I’m an adult. Cooking shows are oddly comforting. You don’t have to think too hard, but you can get a lot out of them and learn some interesting (aka useless) things. We’ll probably never recreate any of the dishes these chefs make at home, but maybe that’s the point. 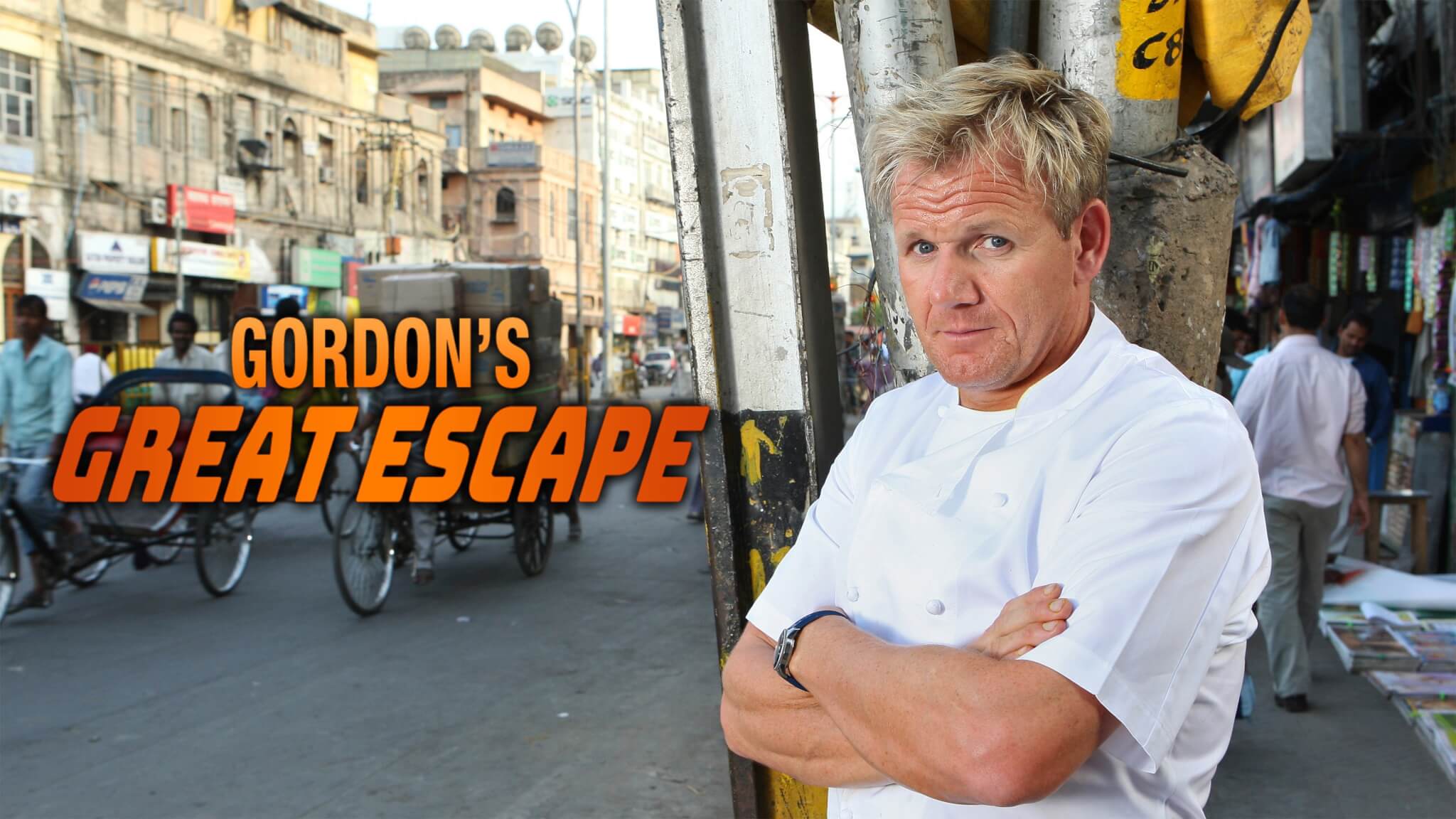 No matter what your style is, there’s a cooking show out there for you. Top Chef, The Great British Baking Show, Beat Bobby Flay, Chopped, Worst Cooks in America, Barefoot Contessa, or anything with Giada De Laurentiis (I sat next to her once at an Italian restaurant in LA, so we’re basically BFFs). I’ve watched them all. True story: Once when I was on a plane, I watched four episodes of Diners, Drive-Ins, and Dives and the guy next to me kept shooting me looks like, “Blink twice if this is a cry for help.”

The weirdest part about this obsession is that I’m vegan and can’t eat half the things they make on these shows. It doesn’t make any sense for me to love them, but I watch with rapt attention regardless. Though I did find a recipe for this delightful-looking vegan summer BLT with basil aioli on Gordon Ramsay’s website, so that’s something! I probably won’t make that either because it involves marinating rice paper and who has time for that, but it’s cool to see Ramsay cooking up some vegan food. 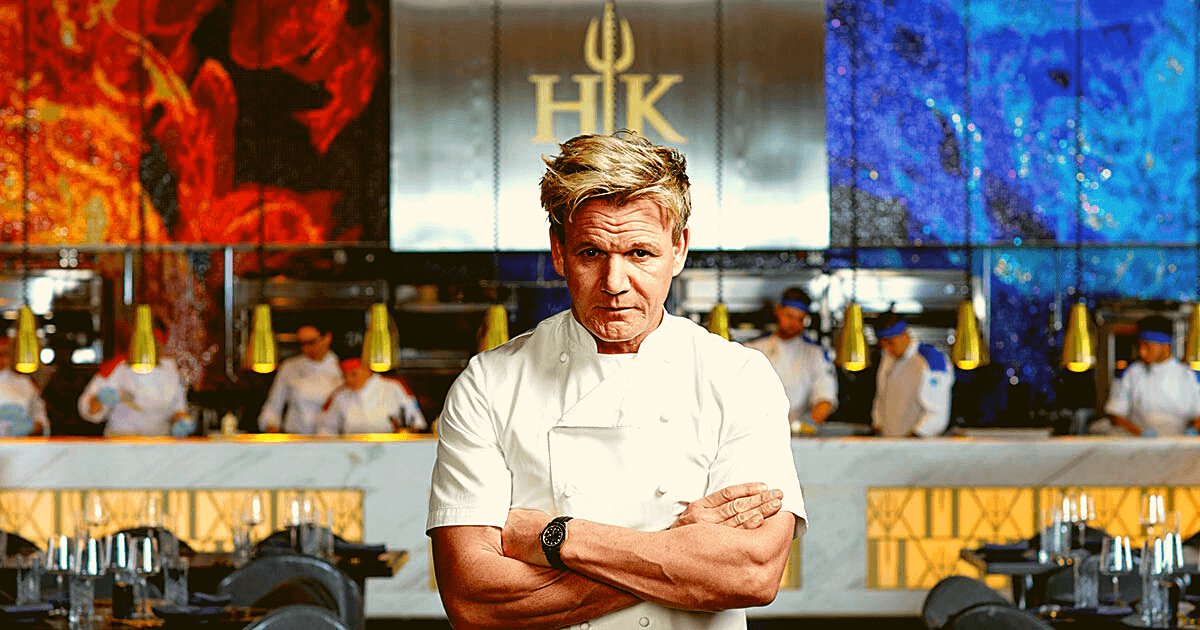 When it comes to cooking shows, Gordon Ramsay is the king. There are others out there who might battle him for the crown, sure. Bobby Flay, Emeril, Martha Stewart, and even fellow-Brit Jamie Oliver come to mind. Most of them are household names, but Ramsay’s the only one who’s been able to hook so sturdily into primetime on both sides of the Atlantic. Some could even argue that with his newer National Geographic show, Uncharted, he’s trying to fill the food travel void left by Anthony Bourdain. At the very least, it’s an attempt to leave the “Isn’t that the mean British chef who says ‘fuck’ a lot?” stigma behind him, but there’s no denying that’s the persona that made him famous. 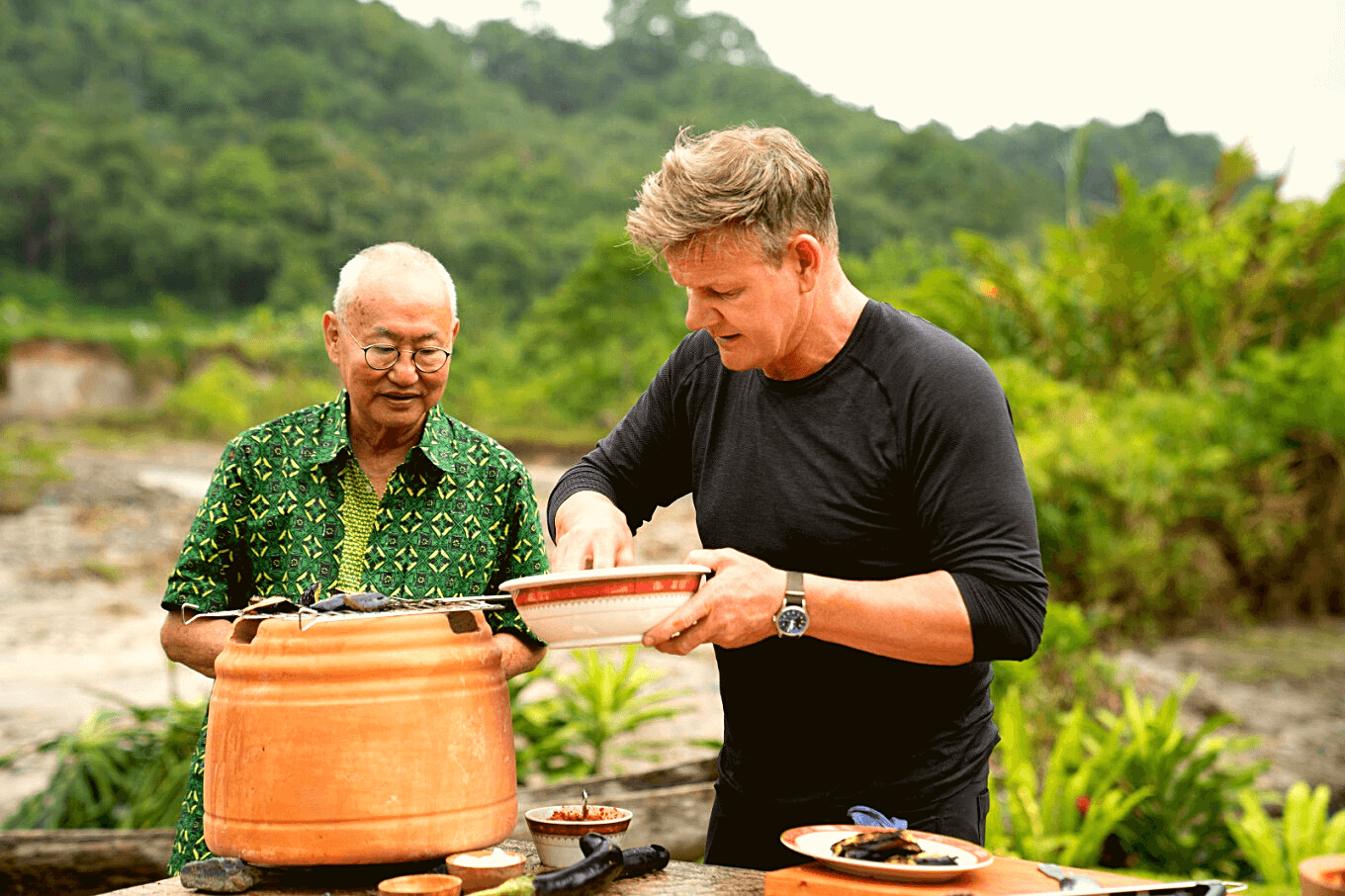 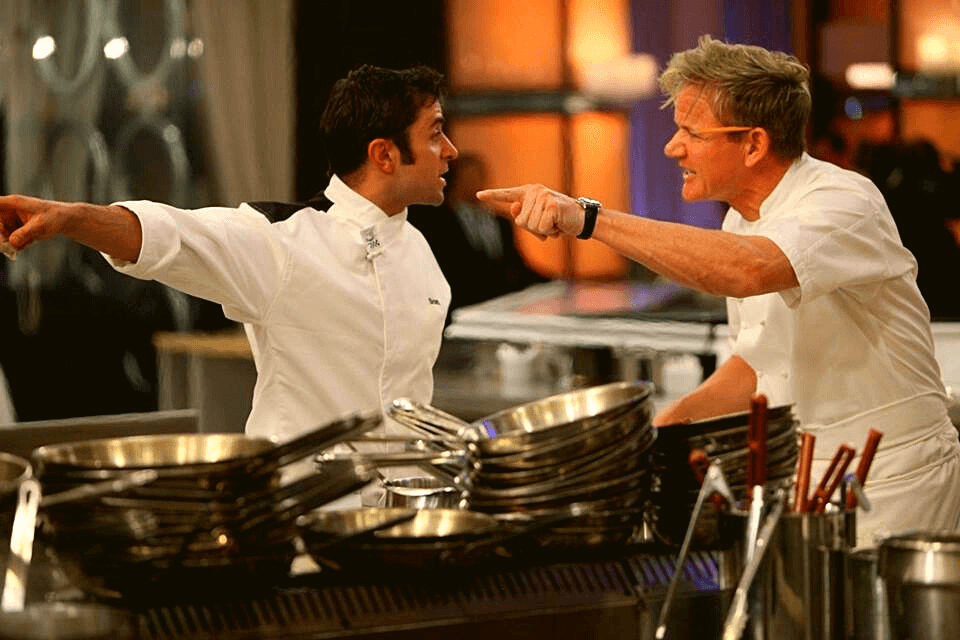 As I list all of this out, it’s honestly sort of comforting because clearly, I am not the only one who can’t stop watching Gordon Ramsay. But why? Maybe it’s his confidence. Some might say that Gordon Ramsay is more than just confident – he’s an asshole. Or arsehole, if you’re British.

But I think deep down, the thing that really draws us to these mean British expert/judges like Ramsay and Simon Cowell is the fact that we know they’re right. Most of us don’t like to hurt peoples’ feelings. We skirt around direct conflict like it’s a wildfire. People have a voyeuristic relationship with conflict. We hate when it happens in our own lives (hello heart palpitations and clammy hands!) but we can’t look away when we see it playing out in someone else’s. That’s what led to the rise and decades-long reign of reality TV. Gordon Ramsay has perfectly bridged the gap between our love of inane, drama-riddled reality TV and our love of food.

I know what you’re thinking and listen – I’m not an idiot – I know they heighten tensions for TV ratings and I’m sure Gordon plays it up on his shows. But still – he’s rarely wrong when he’s screaming at these chefs. I also think that on some level, he really does care. It’s clear he loves food, but he also loves people. Does he ultimately do it for the money now? Probably. The guy’s a multi-millionaire. But if you re-watch old episodes of shows like Kitchen Nightmares where he’s working one-on-one with these struggling business owners, trying to get through to them, and cursing a lot, you can see that he does really want to help. Half the time, that’s why he gets so pissed in the first place. He knows he could help if they would just listen. Ramsay was once just starting out in his career too, trying to scrape by on skinny restaurant margins. I think he feels for these people because he’s been there. 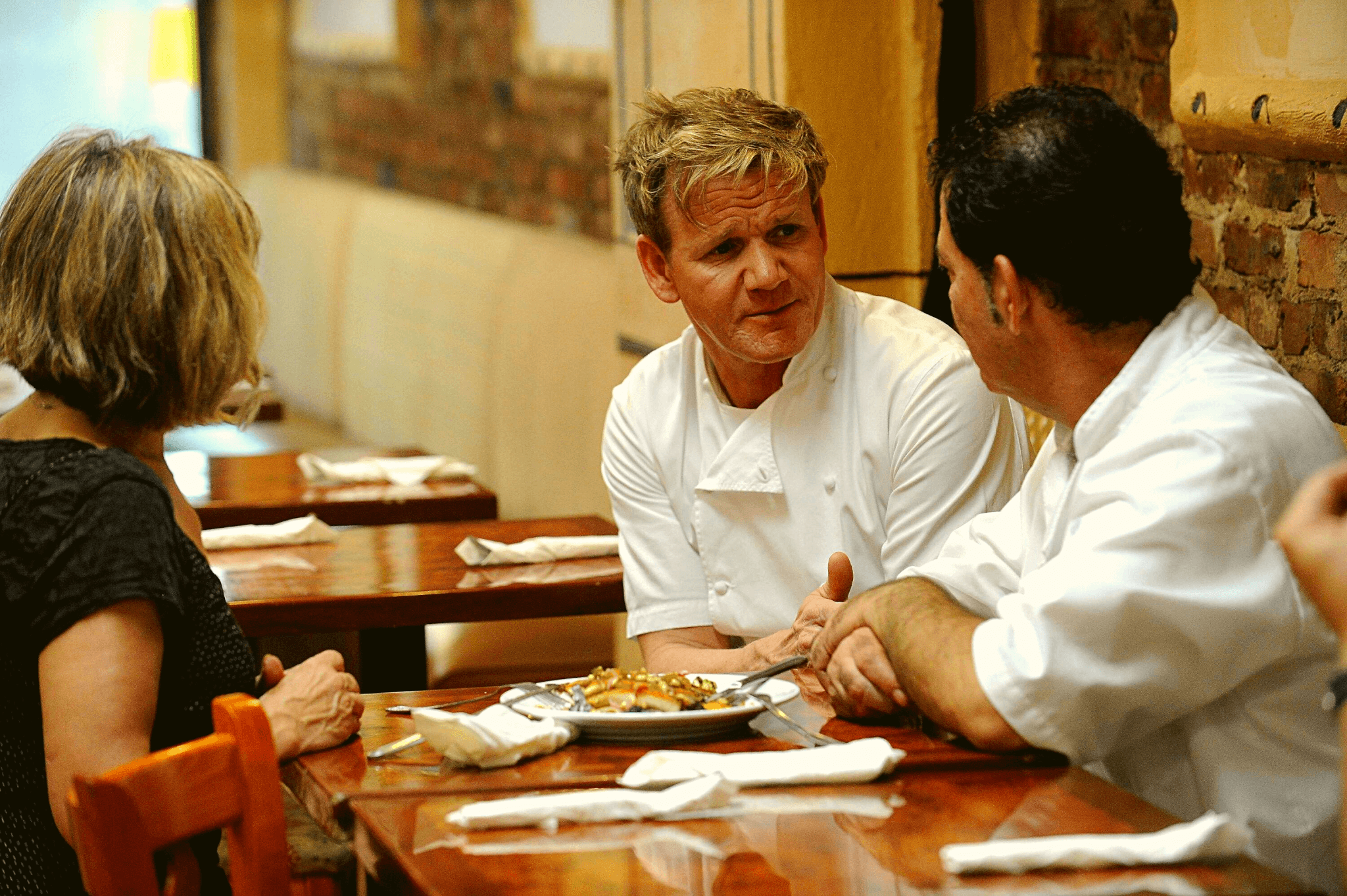 But let’s be real, we also love seeing him react to the disgusting dishes these restaurants try to serve him because it’s fun. And I’m not alone. There are multiple compilations on YouTube of Ramsay’s worst food experiences. He’s got a way with words and facial expressions when it comes to being served possibly lethal food concoctions.

He’s also a damn good chef. And he’s passionate. When he’s not yelling at chefs and business owners about how horrible their life choices are or opening up his umpteenth restaurant, he can be found whipping up food of his own. When Ramsay talks about food – good food – he gets quiet, clipped, soft. He’s both serious and joyful at the same time. That love of cooking is obvious in his recipe videos. Watch this video of him cooking with his daughter and try to tell me this guy doesn’t fucking love apples:

The passion is what it all boils down to with Gordon Ramsay – it’s the core of every show he’s on and every recipe he cooks. The anger is what gives him flair and how he gained his initial fame, but the passion is ultimately what keeps him successful and why we can’t stop watching. But the screaming is still pretty fun, too. 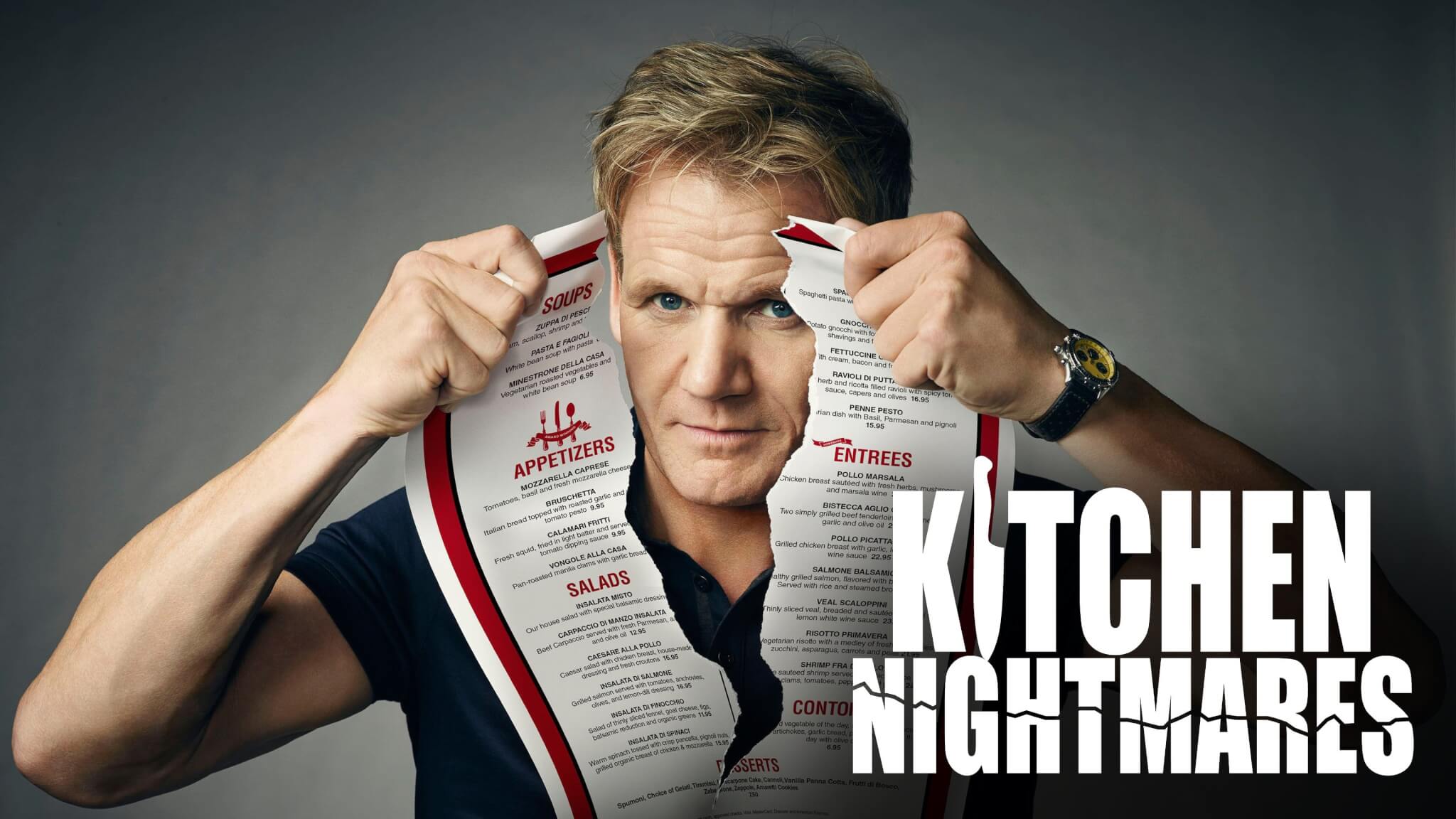