There’s something nagging and incomplete about Francois Truffaut’s observation that “every film about war ends up being pro-war.” It’s not that the master filmmaker’s observation of violence’s inherent ability to enthrall is wrong; it’s more that it feels like part of the picture is obscured. Maybe it isn’t that every movie about war ends up being pro-war: maybe, instead, it’s that every movie about any kind of emotionally charged violence triggers within us our ancient memories of the fight to survive, exciting a bloodlust that existed before time. It’s why gangster movies, even though almost every single one is about a gangster coming to have pretty serious regrets about his career path, are still often classified as thrilling. It’s why Westerns, which are littered with more corpses than any war movie and steeped in colonialism, exploitation, and destruction, still elicit a feeling of romance for the open range. When we see fictional characters visit realistic horrors upon each other on screen, while we’re in the suspended state of imagination where our subconscious can hold our fears up to a gauzy light, we feel the agitation caused by the tension between those old ways of tooth and nail and our modern sensibilities.

What keeps movies like these from abandoning the truth of their origins—what keeps a war movie anti-war, in other words—is a willingness to depict the futility of the violence that animates it. Not bittersweet victory where loss is weathered but lessons are learned, either. I mean true futility that leaves its characters (and the audience) unable to ignore the weight of what’s happening or to hide from the sheer pointlessness and circularity of vengeance.

This is what makes The Proposition such a powerful Western. Directed by John Hillcoat and written (in his first foray as a screenwriter) by musician Nick Cave, every grimy frame is permeated with the nauseous stink of carrion, the sound of flies on flesh, and the erratic start and stop of gunfights and physical brawls. There is no showdown at high noon, no last stand against the enemy, no rescue from the hand of danger. There’s just people at the bottom of pits, clawing at rock walls until their fingers bleed. Set in Australia toward the end of the 19th century, Cave’s screenplay initially has the earmarks of a classic genre setup. After a shootout with police, outlaw Charlie Burns (Guy Pearce) and his kid brother, Mikey (Richard Wilson), are captured and given an ultimatum by Capt. Morris Stanley (Ray Winstone): they’ll both be allowed to go free if Charlie can find and kill his eldest brother, Arthur (Danny Huston), in the next nine days. If not, Mikey, who will remain in custody while Charlie is on the hunt, will be hanged. The plot, stakes, and suspense are all loaded in about eight minutes of economical, visceral filmmaking, and you’d be forgiven upon first viewing for expecting the rest of the film to unfold in the same dependable, by-the-beat way. However, the rest of the film is a modestly paced drama that mostly sees its small cast of players wrestle with their inability to fix their mistakes and the inevitability of the consequences they’re about to face. The action moves floatily between the outback and the town, alternately following Charlie’s plodding search for Arthur and Morris’s growing unease with the whole situation. In a lesser movie, Morris would be a stock heavy and only around for a few key moments, but here, he’s allowed to be much more complex and mournful. He begins the film a firm believer in his cause: “I will civilize this land,” he says while hauling Mikey to jail, only to eventually find himself repulsed by the greater losses that each side is inflicting on the other for reasons that are getting harder to remember. When local member of the ruling class Eden Fletcher (David Wenham), who’d hired Morris in the first place, demands that Mikey be flogged in the town square as an example to other would-be criminals, Morris demurs but is overridden. There’s a brief but powerful moment where Winstone gags as the boy is carted past him to the whipping post, and you can almost feel his revulsion. This isn’t justice, or even punishment, but revenge.

That’s what The Proposition deals in: revenge and reciprocity. Morris is hunting Arthur because the Burns gang raped and murdered a local family before burning their homestead, so Fletcher and some lower ranking officers flog Mikey nearly to death, the news of which only incites more wrath from Arthur and more lives lost. Charlie crosses paths with a drunk bounty hunter (John Hurt) and knocks him out cold, only for the bounty hunter to sober up later and get payback. There is no natural end to any of this, and only Charlie starts to understand—and too late—that there’s only one way out. Hillcoat has a wonderful sensibility for this kind of large-scale defeatism: after this, he’d go on to direct The Road and Lawless, as well as a promotional/prequel animated film for the video game Red Dead Redemption, and each of those projects deals intimately with men outside the law coming to grips with the limits of their options. Shot through all this like thread is the constant onslaught of all of these parties—bandits, townsfolk, hunters, and more—against the local Aboriginal Australian community. One of the things that makes Westerns such a rich genre is the way they allow for the endless re-examination of horror, despair, human frailty, bias, bigotry, exploration, hope, defiance, and the ugly core in the middle of the myth of rugged individualism. White storytellers and audiences are always expanding westward in our minds and then retreating, flowing and ebbing like the tide, looking again and again at the awful things we’ve done and for ways to make things right, knowing that we won’t find them. Cave’s script is merciless here in its accurate depiction of the original sin of colonialism; the story’s localized acts of violence all feel like part of the same large bill that’s come due for things that happened long before any of these people were born. In one of the film’s final scenes, Morris and his wife are sitting down to Christmas dinner, at which they offer the prayer, “For what we are about to receive, may the Lord make us truly thankful.” That’s when the shots start to ring out. 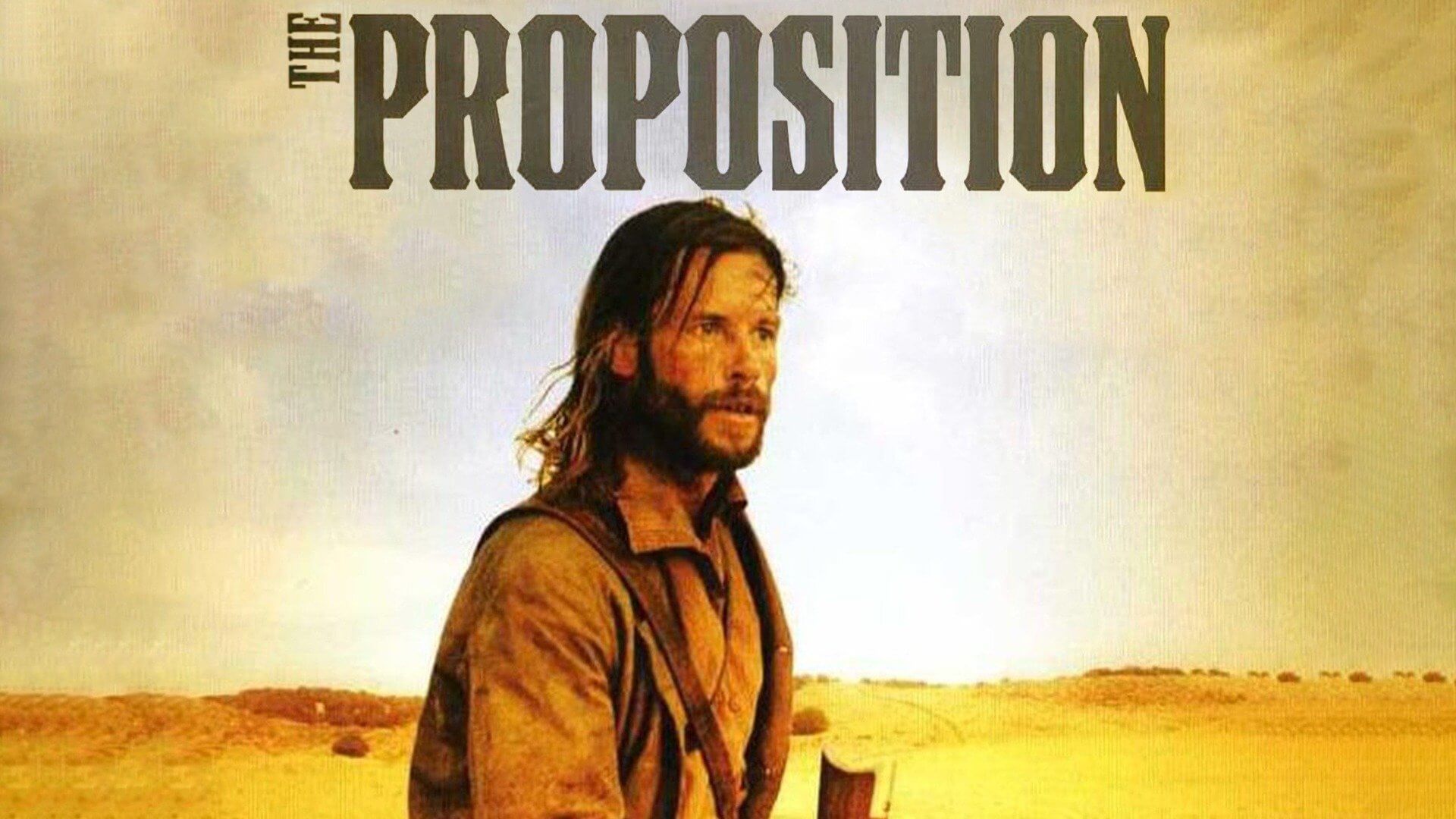