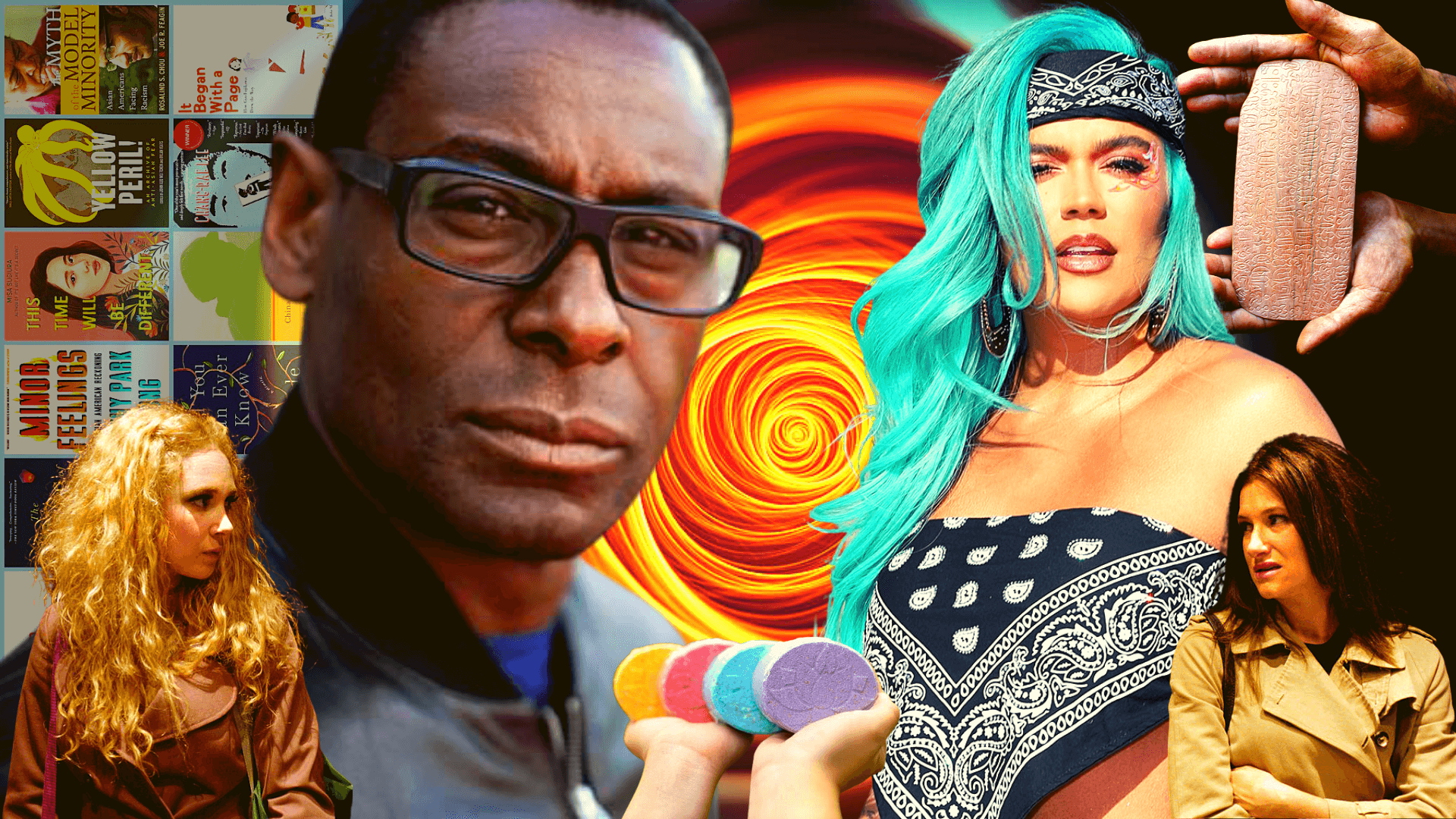 Homeland actor David Harewood (who played the dour CIA apparatchik David Estes) will star in a BBC program about the History of Blackface. (Deadline)

It’s like a Christopher Nolan film, but fake and in your own mind. (WP)

Every Mario game on Switch, ranked for your pleasure. (Polygon)

Colbert did his own version of the post-credits Snyder Cut scene, and it’s pretty damn good.

Can mycelium orbs crafted by a team of scientists really double the amount of carbon captured by your lawn? (In Habitat)

In the face of the appalling surge in violence against Asian Americans (which we’ve seen closer to home than we like here at The Gist), it might be a good time to do some reading about the Asian American experience. (Esquire)

Kathryn Hahn has been a favorite of ours for a long time, but she’s exploding in popularity since her star turn on WandaVision. You can see more of her in the 2013 comedy Afternoon Delight directed by Joey Soloway – which, BONUS – also features Ted Lasso dynamo, Juno Temple! (PLEX)

This is a riot.

Nextdoor doesn’t always deliver, but boy oh boy when it does… pic.twitter.com/r84NjUp7Hq

Forests play a key role in regulating animal diseases that could spread to humans. That’s a kick in the pants, considering the current pandemic and the fact that primary forests have “decreased in size by 80 million hectares since the 1990s.” (Inverse)

My Precious! Here’s a sneak peek at some gameplay from the new Gollum game. (Eurogamer)

Krispy Kreme is offering free donuts to the vaccinated. Sounds like a win/win, right? Right? (Pajiba)

It’s been such a pleasure to watch the fascinating evolution of Zendaya. (Film School Rejects) If you love Issa Rae as much as we do, you’re gonna love how WarnerMedia just backed up a Brinks truck to pay her to the tune of 8 figures. (Women in Hollywood) Can an employer force you to get a vaccine? If you buy fish in Boston that was raised in the USA and packaged in Thailand, is the carbon footprint prohibitive? (Planet Money)

News
In this article: