There are not one, but two, adaptations of Jane Austen’s final, complete novel Persuasion in the works. As an Austen lover, I’m okay with this. There will never be enough Austen on screens big and small! As a fan of the 1995 film version of Persuasion, I’m hesitant to embrace these newcomers.

I’ve talked before about how the best Austen proposal is the one in the Roger Michell-directed Persuasion. The best whole love story is, in fact, at least if you’re looking for a realistic story about love. Lizzie and Darcy are the alpha couple of the will-they-won’t-they, enemies-to-lovers romance trope. Emma is a snob and a hoot. But Anne Elliot is a real person with a sad heart, and her struggles are so familiar to anyone who’s been disappointed in romance.

There are still a lot of women who think if they’re single at 30, they will never find love. Those women are wrong, full stop. But in Austen’s day, a 27-year-old single woman was, in fact, looking at a lifetime of loneliness. Also a lifetime of poverty, most likely, since they couldn’t make a living for themselves. (Disclaimer here that Austen believed in writing what she knew, and what she knew was life in the upper classes. She wasn’t writing about the truly poor, and her stories don’t reflect their realities.)

Anne, played to perfection by Amanda Root, is essentially an old maid. A spinster. A dried-up husk of the promising young woman she once was. She is, in other words, invisible. Her snobby, vapid father and sister either ignore her or are openly disgusted by her–even though she’s the only one managing their money and their house, keeping their heads above water financially. Sir Walter Elliot cares only for his title, and is too stupid to understand the reality that his lifestyle can no longer be supported by his dwindling inherited wealth. Anne’s other sister has married, and is more inclined to notice Anne, but only because she can use Anne as a babysitter. The only one who seems to actually see, appreciate, and love Anne is her late mother’s friend, Lady Russell. Unfortunately, Lady Russell is also the main reason that Anne’s life is filled with sadness and servitude to ungrateful relatives. Back when Anne was still young and lovely, she fell in love with a sailor. He loved her back. But Lady Russell wouldn’t hear of the daughter of a baronet marrying a common sailor, convinced Anne that her engagement would be a dereliction of duty to her terrible family, and got her to break it off with the sailor.

It’s been eight years. Anne never got over it. Her sailor has been successful, rising to the rank of captain in the British Navy–which, during this phase of the empire, brought with it a lot of wealth from the spoils–and is now a catch. (And is played by Ciarán Hinds, so he’s a catch AND a snack.) Anne has dwindled while he has risen. While he can have his pick of the eligible young ladies of England, Anne has no prospect of marriage, no prospect of ever being able to leave her family or control her own life and future. Good job, Lady Russell!

This is where we meet poor Anne–unmarried, unappreciated, and carrying a torch for a guy who’s out of her league. If that’s not relatable, I don’t know what is. Sir Walter and Miss Elliot, Anne’s sister, have been forced to rent out their mansion, Kellynch Hall, and move to Bath. It’s up to Anne to actually organize the move, of course. In the process, she meets the new tenants, one of whom is the sister of Captain Wentworth, Anne’s lost love.

Just like that, Anne is reminded of all her feelings–both the beauty of love and the misery of heartbreak. It’s clear she’s going to have to see Captain Wentworth again, it’s clear he no longer loves her, and she knows it will be an awful experience. She’s right. Wentworth becomes close friends with Anne’s brother-in-law and his family, just when Anne has been sent there to “help” watch her useless sister’s children. (Shout out to Sophie Thompson for being the most annoyingly self-involved, self-pitying nightmare of a sister imaginable.) Captain Wentworth is cold to Anne, but engaging and flirtatious with the young women of the family, particularly Louisa Musgrove. Anne is forced to watch him court Louisa while she herself is often left out of the action as if she’s an old lady. Worse, she can’t even be mad at Louisa for it because they’re friends and Louisa is actually nice. Anne’s own sister barely seems to remember Anne’s past with Wentworth or the fact that she used to consider him not good enough. Now she sends Anne to watch her kids while she hangs on his every word. It’s excruciating to watch.

Here’s the thing to know about Anne, though: she’s smart, she’s capable, she’s responsible, she’s empathetic, and she yearns to see more of the world. While her situation renders her pathetic, she is far from that. It’s only the stifling social and gender roles of the time that hold her down. Root’s acting is done mostly with her face and eyes–and nothing escapes her. Anne is surrounded by insipid people, and she knows it. And we know it just by watching her fleeting reactions, quickly stifled because it’s not ladylike to show your annoyance. We know through Root’s performance that Anne didn’t want to be a wallflower, she was forced to be one. When she was young, she didn’t trust her own intuition. She let others guide her, to her ruination. Anne has lived to regret that, and seems doomed to spending her life stewing in that regret. Captain Wentworth, meanwhile, is acting like a complete jerk. He knows he’s the shit now, and he flaunts it, on purpose, to make Anne feel bad for dumping him years ago. She thought she was too good for him, so he’s going to show her! But, you know, he has a point. He’s kinda earned the right to be an asshole about it. So we can’t really fault him. And neither can Anne.

Eventually Wentworth realizes he’s gotten in over his head with Louisa Musgrove, and is expected–by everyone–to marry her. By this point he’s also realized that he’s still in love with Anne. Ciarán Hinds, as one would expect, manages to convey the emotions of this conflict exactly as Austen describes the character. He’s an upright, reserved military man on the outside, but a storm of barely restrained emotion threatens to burst forth at inopportune moments. I mean…

Anne, having finally gotten to go someplace other than Kellynch Hall or her sister’s house, is starting to wake back up to life. She catches the eye of her rich cousin–the one who will inherit her father’s title and mansion. Relocating to Bath, where her father and sister are annoyed to have her, she finds herself being courted by this Mr. Elliot. Literally everyone else in Bath thinks this is amazing–keep the land in the family, get a spinster married, have a great time gossiping about it! What’s not to like? Even Lady Russell is happy about it. But Anne is still in love with Captain Wentworth.

Thus we arrive at the crux of the story: Anne let social pressure dictate her choices when she was young. She made one bad decision, and it sent her life spiraling off course for years. Now she is again faced with a choice: give in to social pressure to marry Mr. Elliot, or do what she actually wants to do?

How many of us look back on the things we chose, the people we discarded for the wrong reasons? How many of us wish for a second chance? Anne gets that second chance, and is lucky enough to have matured before she does. A grown woman will take a leap that a younger woman lacks the confidence to take. Most of us won’t have an opportunity to fix that one big mistake. What a joy it is to watch a complicated, realistic character like Anne do it for us. And what a joy it is to watch an understated actress tackle the part of someone who bears the indignities of social and familial apathy with grace. It’s hard to imagine a more perfect depiction of Austen’s Anne than Amanda Root’s, or a more perfect encapsulation of the novel’s grounded, wistful tone than this film. I admit that seeing Netflix’s new Persuasion, described as “a modern and witty” take, worries me.

Persuasion’s absurd characters aren’t skewered with Austen’s trademark wit–they’re actually absurd and unpleasant, not funny. Anne and Captain Wentworth aren’t inventing drama and heartbreak–they’ve experienced it for real. I’m loath to see them turned into lighter, funnier versions of themselves. That just doesn’t sound like Persuasion.

Don’t get me wrong, though, I’ll be watching it on day one. 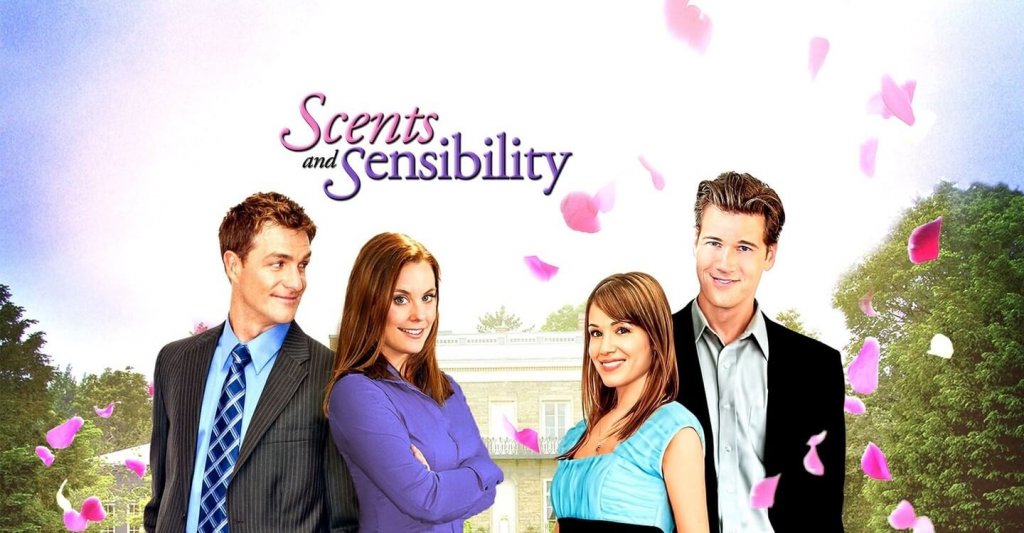 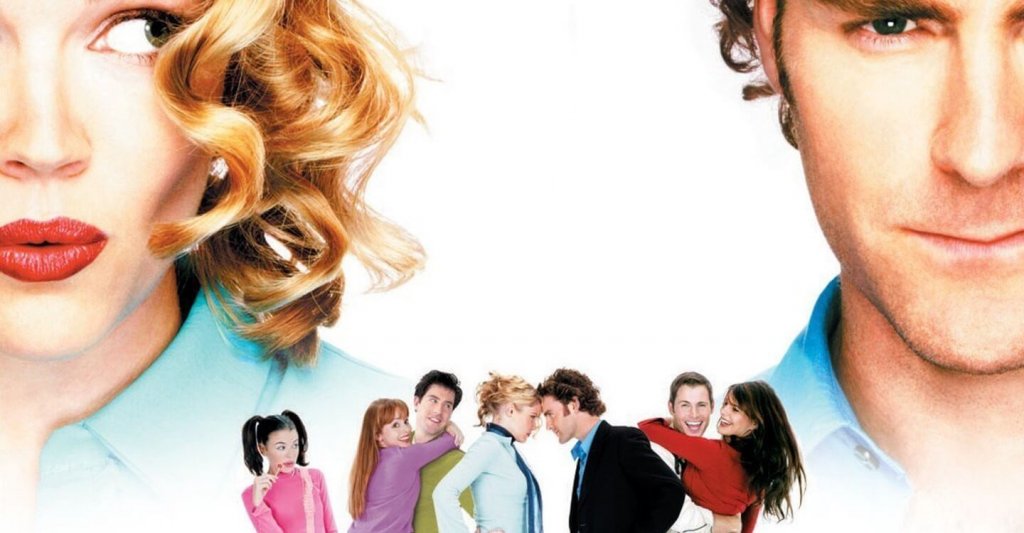