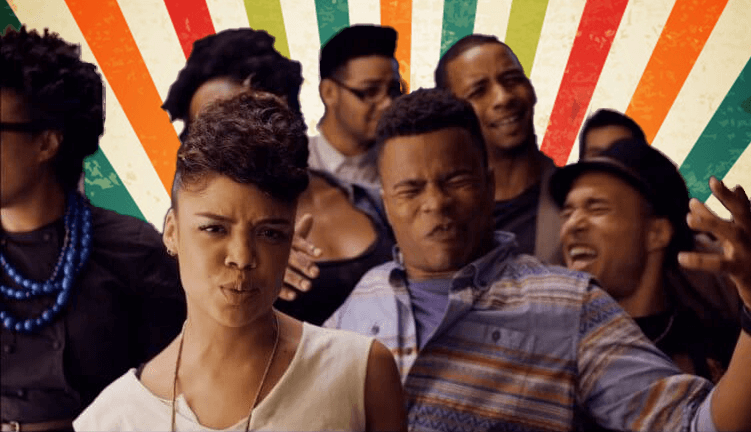 Dear White People is available on Plex and I highly recommend watching it.

I recommend it for all people, really. But, yeah… this MLK weekend… especially white people.

You see, I know and encounter a lot of white people who sincerely want to have the challenging conversations, who want to change their world, who want to be true anti-racist allies, and Dear White People with its bold cinematography and attention-grabbing visual style is a lovely place to start. The cast, some of whom we had seen before… 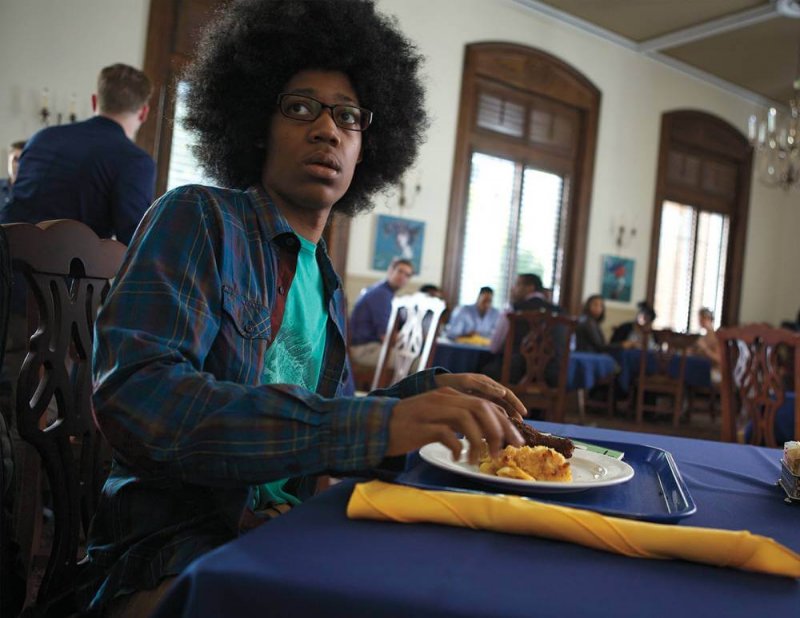 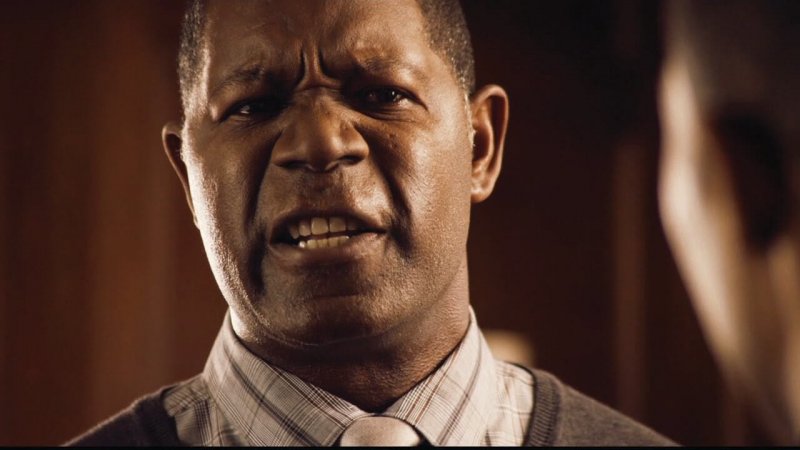 … and many of whom we have seen since… 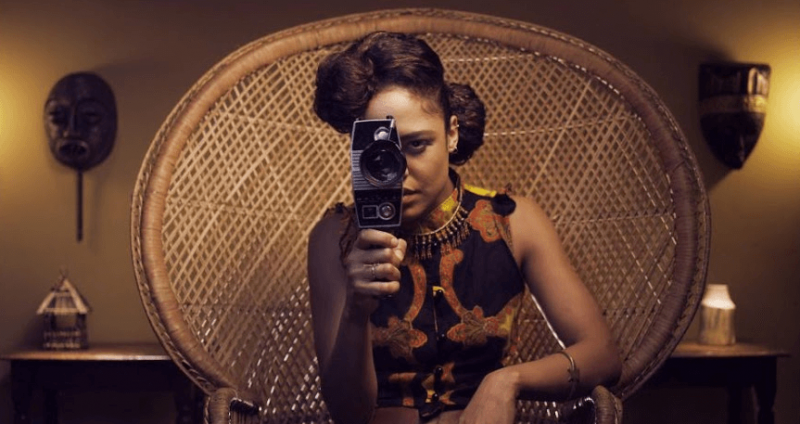 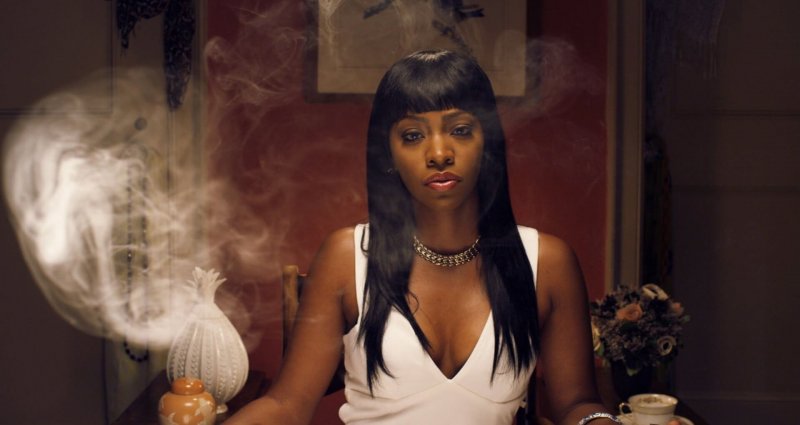 … give us a funny, smart, emotionally rich look into the experience of being Black on an Ivy League campus. 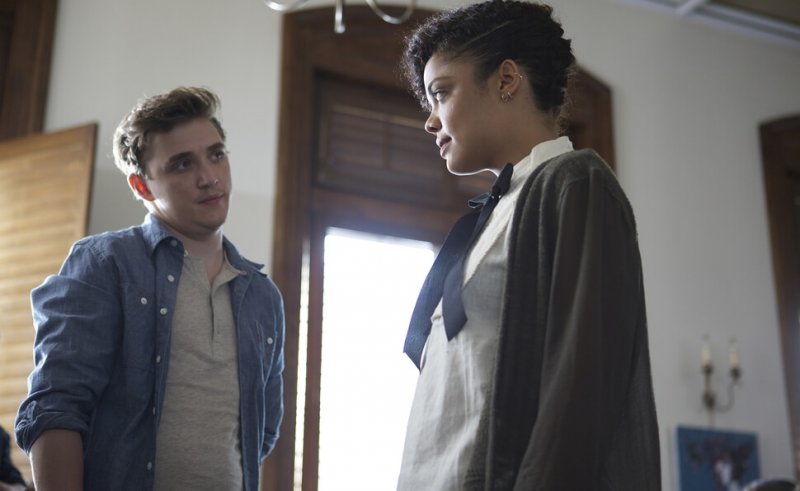 I can tell you, with authority, they did a magnificent job because I was Black on an Ivy League campus for four years. I used to joke with friends that being Black at a predominantly white institution (PWI) feels like being a lone chocolate chip in a tub of vanilla ice cream. 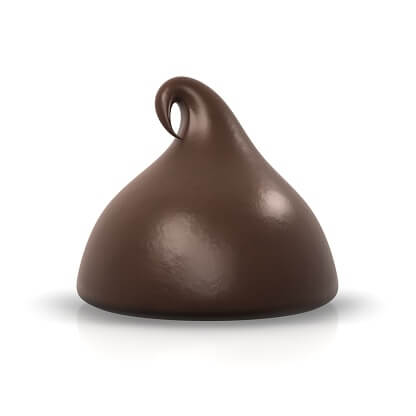 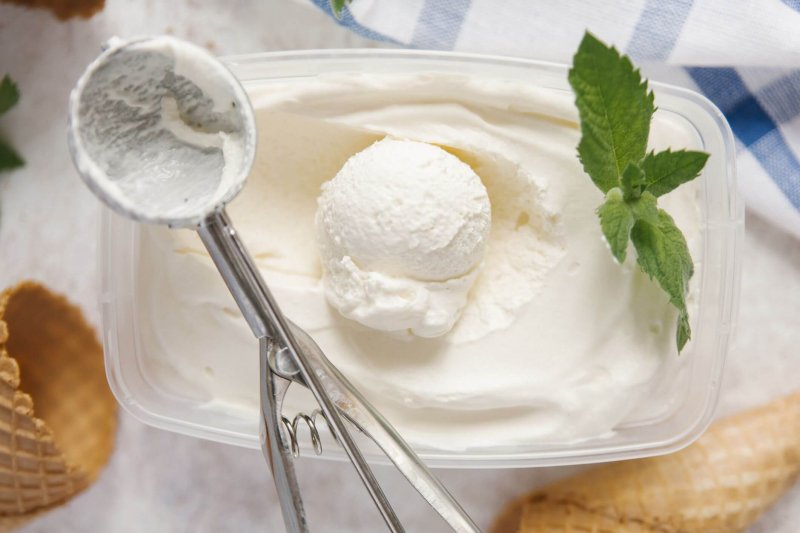 Because you don’t have to be Ben & Jerry — I mean, they not only made a Colin Kaepernick flavor but made it dairy free to liberate my lactose intolerant brothas and sistahs from the ivory throne of gastric oppression! — You don’t have to be Ben & Jerry to understand that no one wants a single chocolate chip in their ice cream. You hear that PWIs? MORE CHOCOLATE CHIPS!

Anyway, Justin Simien (writer, director, co-producer) captures the frenetic energy of campus life, full of some love, more than a little lust, and a whole lot of political passion. The love and lust provide compelling narratives, but it’s Simien’s understanding and depiction of the political passion, the humanity that drives it, that takes this film past “entertaining” to “important.”

It was probably in that politically passionate state on that storied New Haven campus that I first explored this thought: To be Black in America is to be in a constant state of conflict.

I remember walking between two colleges, Branford and Jonathan Edwards. (The “colleges” were, essentially, dorms or houses.) 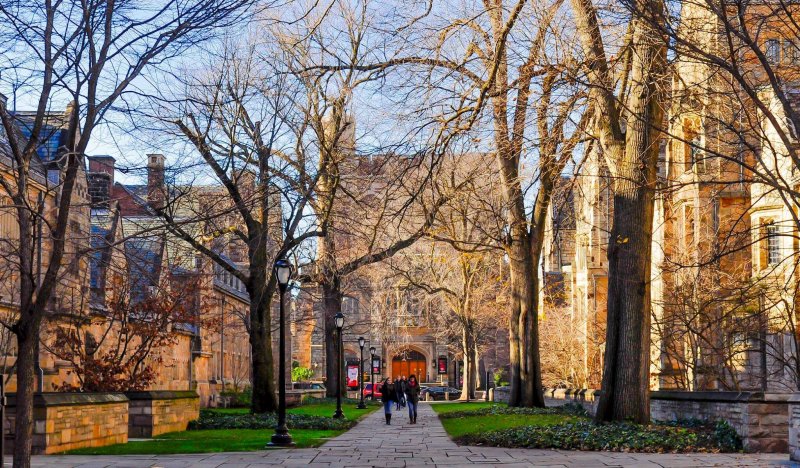 There I was an 18-year-old Flatbush boy, away from home for the first time, staring up at stone monuments to the very structures and people that worked for centuries to keep Flatbush boys out of places like Yale.

I distinctly remember thinking, “I am in the belly of the beast.”

So, as Black students at the film’s Winchester University pushed back against the school administration, I remembered my own protests. (One of those protests actually made national news, but you’ll just have to keep reading my blog entries to see if I ever tell that one.) As Winchester students, Black and White, explore the very existence and establishment of Black space in a white world, I remembered my own days at the Black Table. 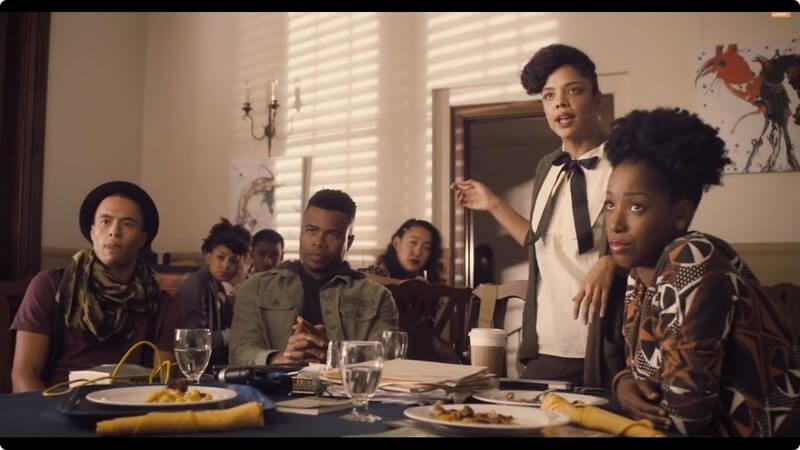 Ah, yes… the Black Table. That was where my Black friends and I gathered every day, sometimes twice a day. That was where we would break bread and make sure Yale didn’t break us. From one moment to the next, we might discuss anything from In Living Color sketches to the echoes of Dubois and Washington in ’90s hip-hop. And as easily as you could have your mind expanded… you could get your feelings hurt. One friend, who is now a high powered exec, once told another friend, who is now an attorney, that she wanted him to stop wearing his jeans so tight… because she was worried he would get a yeast infection. BWAAAAAAAAAAHAHAHA! That was life at the Black table.

And that’s the spirit I heard coming through as Samantha White (Thompson) dropped her “Dear white people…” monologues, the energy I felt from the screen as the campus and the film, itself, wrestle with where free speech and hate speech begin and end on a college campus and, perhaps, beyond it. Those questions lead to more questions: Do we engage free speech and hate speech as if they exist on opposite sides of a bright line border? along a cultural continuum? or in a broader multi-dimensional reality that adds history and cultural context to the conversation?

And your mission, if you choose to accept it, is to watch, to listen, to learn some answers, and ask more questions that will equip you to realize the dream this country has been talking about since Dr. King described it in his best known speech. 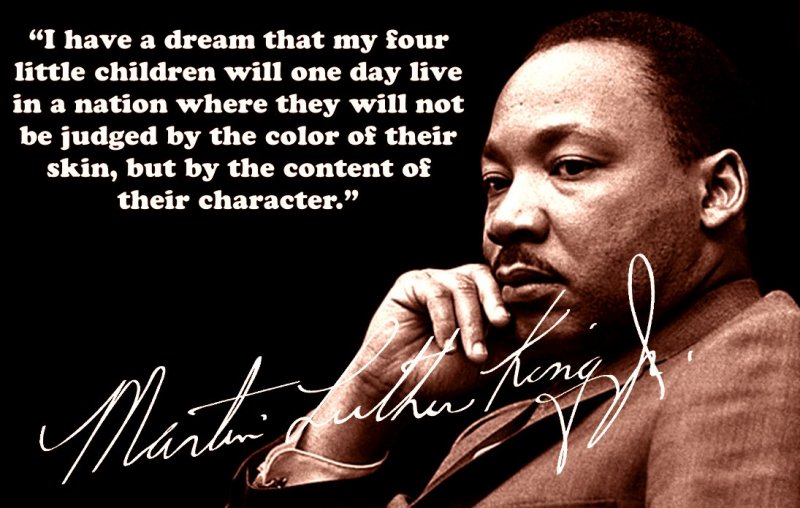 Dear White People is chock full of food for thought delivered with belly laughs and gut punches. It works.

Pull up a metaphorical seat to this cinematic Black Table and take a look at the faces you find there. Then, realize that some Black people are not there. You see, some Black people don’t sit at the Black Table. Some simply prefer not to sit there. Some feel unwelcome to sit there. And some, honestly, are made to feel uncomfortable to sit there… sometimes by Flatbush boys who learn over the years that their words and presence scared some folk away.

So, it was refreshing to watch characters confront how they see Blackness, that of others as well as their own, and to confront the often painful and sometimes horrific ways in which Blackness is seen by others. 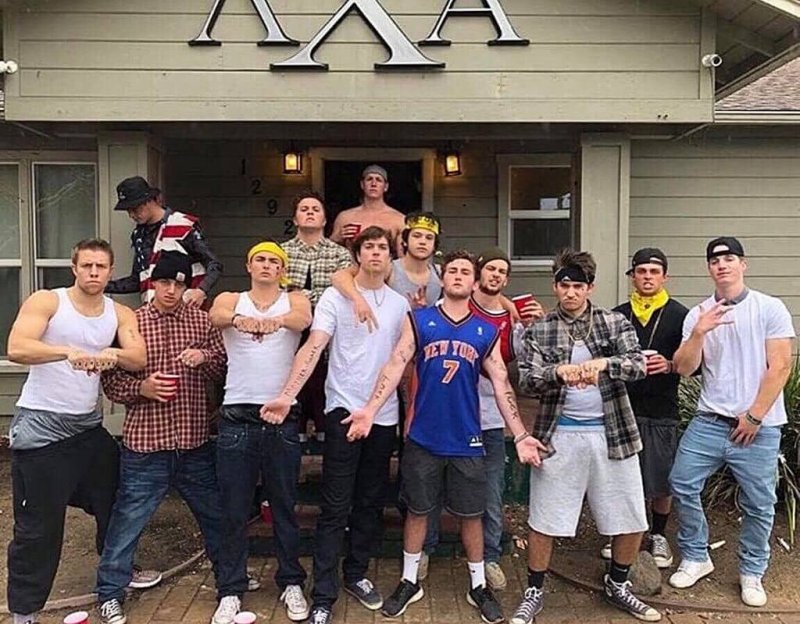 After all, the White students on that fictional campus represent future doctors… and lawyers… and Hiring Managers who I can tell you, as a Black man in America, are quite real.

Do you play the game at all?

The friction between, amongst, and within Black people…

And all the while young men who are barely done being boys and young women, barely done being girls, face all the highs and lows and in-betweens of life. They explore. They fight. They stumble through the nervous banter before you know if the other person also wants to… you know… and slip through the quiet whispers after they… you know… for the first time… or maybe the last time. They reveal their hearts. They hide their tears. They live.

These characters live on screen. And we, here in 2021, get to look back at them in 2014, having seen so definitively that our world is far from post-racial. We can appreciate in a new way the maddening experience it must have been to fight to overthrow racism, even while being gaslit to believe that it no longer existed, because a Black man who had slogged his way through a government-sized vat of vanilla ice cream had made it to the Oval Office. We can consider that these pressures are all present in addition to, not in place of, all the life experiences of young adulthood when we are learning and deciding who we are. We can bring some nuance to the simple statement: Black Lives Matter. 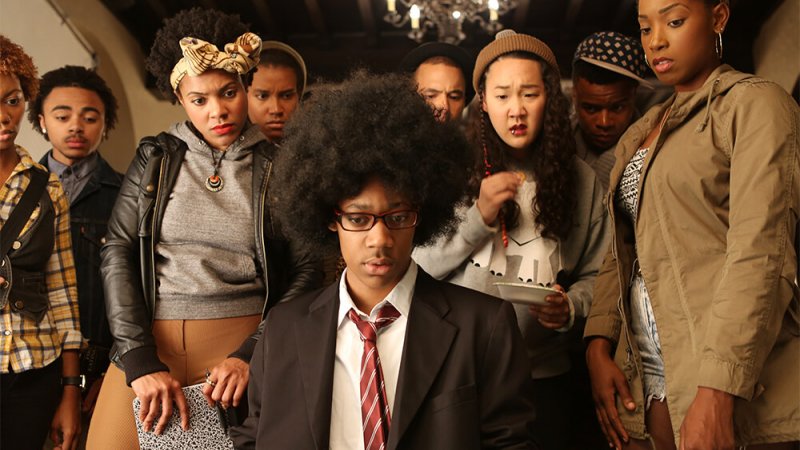 This MLK weekend… watch Dear White People not for the color of its cast and crew… but for the conflict of its characters. 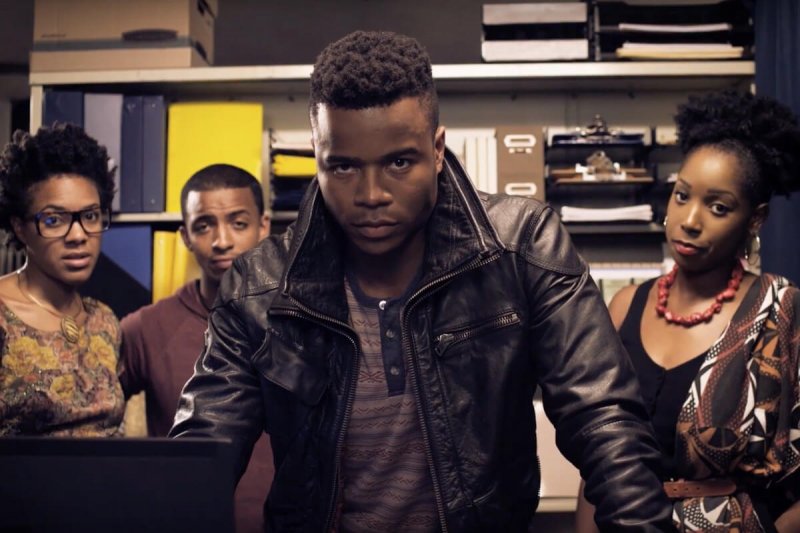