Although the history of Western cinema is mostly Batman’s parents being murdered over and over again, the cinematic death of Cruella de Vil’s mother is something I never could have imagined. And it’s a scene that has major implications for filmmaking as a whole.

I’ll admit I was a little hesitant when Disney first announced they’d be releasing a hip and stylish comedy based on the company’s most famous attempted dog murderer. While I do encourage everyone to employ empathy whenever possible, maybe we don’t need a sympathetic backstory for a woman who steals puppies in order to wear their skin. Cruella de Vil is not too far off from Buffalo Bill if you really think about it. As a character, she’s kind of like Baby’s First Leatherface.

So how do you make Cruella de Vil sympathetic, while providing her character with motivation and justification for her future crimes? Well, you fridge her dear, sweet mother with the help of some deranged Dalmatians.

As we all know, every great accomplishment in human history—both real or fictional—stems from witnessing the grizzly demise of the people who brought you into this world. Who can forget George Mallory’s famous words when asked why he climbed Mount Everest: “Because that bloody mountain stabbed my parents. Now revenge is mine.”

Leading up to her immediate demise, Cruella’s mother is visiting a gala hosted by her old acquaintance the Baroness von Hellman (likely of the well-known mayonnaise empire, second in line only to the great Worcestershire clan). Mother de Vil is looking to start life over with Cruella, whose troublemaking nature and unwillingness to conform to societal norms has forced the family to leave their old life behind. 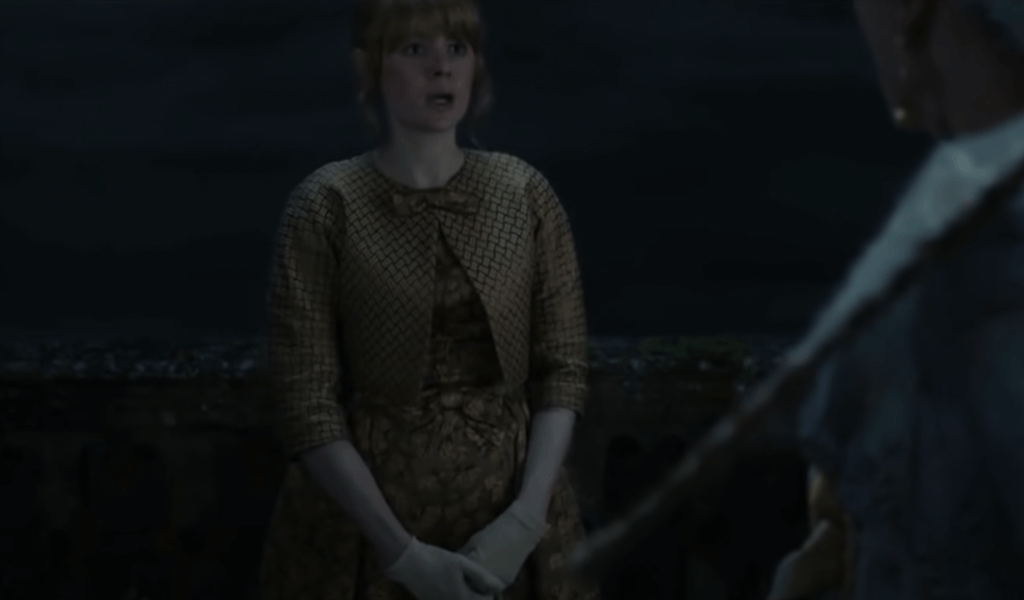 As Cruella’s mother pleads with the Baroness for money, Cruella sneaks into the decadent gala. This of course draws the attention of—wait for it—three vicious Dalmatians. Oh to have been a fly on the Disney office walls when this scene was being brainstormed.

“Team, how are we going to justify Cruella de Vil as a sympathetic protagonist?”

“We could connect her obsession with fashion to modern consumer culture and the vain desperation to adhere to unrealistic standards of beauty. Maybe her later desire to destroy innocent animals in a quest for fashionability can serve as commentary on how the entertainment industry feeds on youth?”

“Or we could have some dogs kill her mother.”

So as Cruella flees the Baroness’s estate, she rolls down an embankment and finds cover behind a hedgerow. The Dalmatians—thirsty for blood, their narrow faces stretched in a rictus of furrowed brows and gleaming fangs—bound over Cruella. Tastefully, the filmmakers opted to obscure the shot of dog genitalia which would have taken up almost the entire frame. Cruella’s mother stares blankly at the camera, almost as if the director failed to inform her that in this shot a pack of wild hounds is bearing down on her. Closing in, the dogs leap at Cruella’s mother as Cruella looks on in shock and horror. Together, their expressions create quite the juxtaposition. 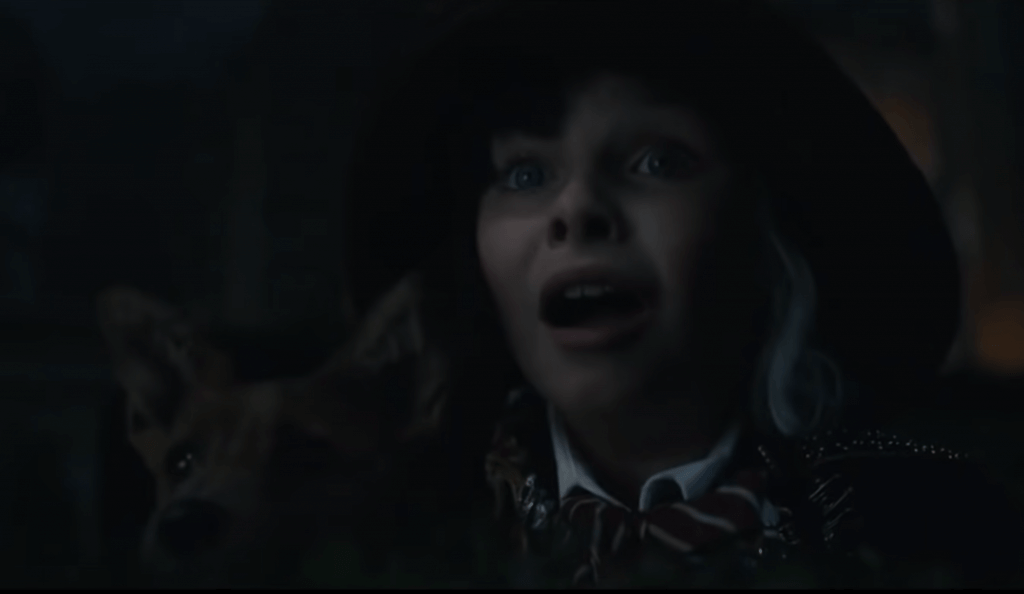 Since showing an innocent woman being torn apart by dogs is probably a good way to lose your PG-13 rating, the Dalmatians instead opt to dropkick Cruella’s mother off the side of a cliff like she’s a Mortal Kombat character. Her health bar diminished, she is launched over the ledge and crashes down onto the rocks below.

In closeup, we see Cruella gasp. And then gasp again. Partygoers rush outside to see what all the commotion is about. The Baroness screams that there was a terrible accident. She claims to an inspector that Cruella’s mother was threatening her and demanding money. Blaming herself for her mother’s untimely demise, Cruella flees. Now, I know what you’re thinking: That’s a little bit on the nose for a Cruella de Vil origin story, right? That would be like if the Joker movie showed his best friend being beaten to death with a baseball bat at a performance of Die Fledermaus.

While that was my first thought, I’ve started to realize what this scene really means: Welcome to the age of cinematic hyperliteralism.

Gone are the days of symbolism, allegory, and all those other old-fashioned tricks that storytellers used to hide their meaning behind. Instead we now are forced to see everything exactly as it is. No longer can films be picked apart. They are now immune to analysis. This is art at its most fearless.

Now, when can we get a big-screen depiction of how Mickey Mouse got his gloves? How about a 10-part miniseries to explain why Goofy can talk and Pluto can’t, even though they are both dogs? Maybe a gritty sequel where Bambi goes on a Rambo-style revenge mission inside a Bass Pro Shop? Call me, Disney. Let’s make some money.

From Prada to Nada