Horace Greeley is a historical figure I know only two things about: He was the founder and editor of the New York Tribune, and he is credited with the quotation, “Journalism will kill you. But it will keep you alive while you’re at it.”

Looking back at things, I think that might have been a threat.

Christine (2016) depicts the final days of real-life television reporter Christine Chubbuck, who committed suicide live on air during a 1974 news broadcast. In my eyes, Christine caps off a cinematic trilogy that examines the profession of journalism, with the underappreciated biopic serving as the offspring of what came just before it: Best Original Screenplay nominee Nightcrawler (2014) and Best Picture winner Spotlight (2015).

Propelled by Jake Gyllenhaal’s breakout performance, Nightcrawler depicts a sociopathic cameraman’s rise in the industry as he films increasingly grisly footage for the local news in Los Angeles. The protagonist, Louis Bloom, is initially met with frustration as he learns the ins and outs of TV news. But in the end his lack of humanity makes him a standout in a market built around “If it bleeds, it leads.” Bloom’s success is journalism at its worst and most sensational. Spotlight served as a sort of antithesis to Nightcrawler, detailing The Boston Globe investigative team’s extensive reporting on child molestation in the Catholic church and the massive efforts to cover it up. As a biopic, Spotlight manages to depict the less sexy aspects of journalism. By this, I mean spreadsheets. You make a lot of spreadsheets and try to avoid adverbs. There’s no blood and guts like in Nightcrawler. Just fact checking. Lots and lots of fact checking.

The journalistic success of the Spotlight team was riveting enough to earn the film the Academy Award for Best Picture. But what happens when a reporter doesn’t break the big story? A year after Spotlight’s success, we arrive at Christine. Like Nightcrawler, we see a journalist delving deeper into capturing the ugliness of the world because that’s what attracts attention and profit. Because news is a business.

Christine begins with our protagonist running tape on herself while she pretends to interview the president. Even during a rehearsal, Christine is self conscious about the way she nods during interviews, thinking it comes across as forced sympathy — a pantomime of empathy.

Christine suffers from stomach pains throughout the film. As her 30th birthday nears, she is diagnosed with an ovarian cyst that must be removed. With it go her chances at ever having a family. Christine doubles down on her career.

Like all great local journalists, Christine focuses on zoning issues that, despite their importance, fail to attract viewers. With the station’s ratings in the toilet, advertisers are drying up. Christine’s news director demands more compelling footage. Blood. Violence. The things people can’t get enough of.

Christine buys a police scanner. She begins drilling down into the underbelly of Sarasota, but there isn’t much there. Not anything that is sure to captivate viewers. Mostly she just overhears bored patrolmen complaining about their relatives and bragging about their most recent sexual exploits.

Manic, Christine pitches a faux documentary-style feature depicting home invasion and domestic abuse. “A never-ending parade of stuff to distract themselves from their miserable lives,” she suggests to her boss. Heartbreakingly played by Rebecca Hall, Christine is becoming undone.

Meeting failure in both her professional and personal life, Christine asks to lead a weekend story from the news desk. In doing so, she prostrates herself before the director who previously labeled her a troublesome feminist. After some begging, Christine gets her time in front of the camera.

As Christine describes a recent stabbing, she throws to footage from the crime scene. The film is jammed. She pads for time before introducing a new segment: her televised suicide. Christine pulls out a .38 and shoots herself in the temple on live TV. Like a true professional, she even leaves behind her own obituary.

I was working as a beat reporter in Charleston when Christine was released in the fall of 2016. Around that time, I was covering two high-profile cases — the trial of a white North Charleston police officer who fatally shot an unarmed black man and the federal trial of the white nationalist who opened fire on a Bible study at Mother Emanuel Church.

Each day there came the question of what details were necessary for people to know. At what point does being comprehensive become exploitative? What is the news beyond all the death and violence? What do you leave out of the story? And what do you say when you get back home?

Christine manages to capture the evaporation of boundaries in journalism. While all films about journalists do this in some way, Christine shows what happens when the person reporting the story becomes the story.

It’s been years since I was a beat reporter. I used to spend every Sunday in the police station, reading through arrest reports. I’d queue up the scanner just to get a sense of what was happening in the city. Today, I still sleep with my phone clutched to my chest — waiting for a call I shouldn’t answer.

Looking for more biopics on Plex? 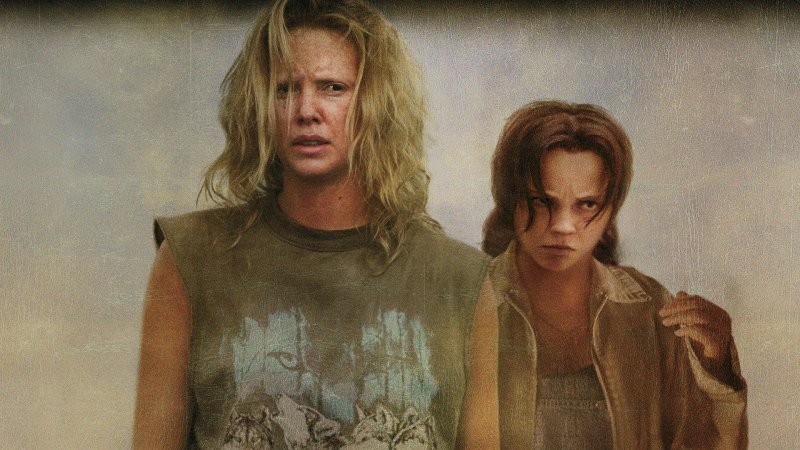 The Road: When Survival Isn’t Enough, But It Has to Be