A Shout Out to Spike Lee

On our eighth anniversary in 2001, we had a vague notion about doing something to recognize the occasion. But, we also had four kids under the age of seven at the time (number three turned out to be three AND four), so it ended up more about finding a way to get a break than actually celebrating. As the day turned to evening, though, we lost all thoughts of celebrating. The news poured in and we couldn’t turn our eyes from the television. We wound up glued to it, shell-shocked, nibbling despondently on delivery pizza.

I had tried to absorb the initial shock of watching airplanes smashing into buildings for the express purpose of creating human carnage while I was getting ready for the day. Being in the central time zone, we watched it all unfold live as Peter Jennings and Dan Rather and Bryant Gumbel tried to explain what we were seeing in that assured, yet somehow noncommittal “it appears that” way that our mainstream “breaking news” works.

The devastation was impossible to process in the moment, but I managed to tear myself away because I had to go to work. Once there, like everyone else, I spent the rest of the day seeking out internet coverage as the Pentagon was attacked and the towers fell and we freaked out about where Flight 93 was going to end up. Oh, and we got up-to-the-minute reports as George W. Bush tried to provide the whole godforsaken country some reassurance this catastrophe and the response to it was being managed.

That evening, the American media was, of course, furiously spinning its collective wheels in its efforts to flesh out the story, offering up pure conjecture about when and where the next shoe would drop. “It has been reported” and “officials close to the situation have warned” made it seem like there were events still to unfold. Meanwhile, we started to get some accounting of the number of Americans who had been murdered and the awful extent of the losses. My wife and I both thought about friends who were New Yorkers, but it was painfully obvious we had nothing to offer them but shared despondency. The feelings of sorrow were nearly overwhelming.

So it is that we’ve always had our own private little embed to 9/11. Our kids have grown up to understand a thing or two about the significance of that September day in 2001, but it’s impossible for them to grasp the feelings of despair and helplessness that were inescapable to all of us who watched and who lived through it. Thankfully. I wouldn’t wish that on anyone’s children.

Because my wife and I feel a gut-level connection to that day, we approach the 9/11 documentary genre like a couple of moths encountering a porch light. We still struggle to find a way to make some sense of the horror. Which brings me to the latest Spike Lee joint: NYC Epicenters 9/11–>2021½. I have no insight to offer and I don’t care to critique Spike’s decision to edit the last of the four episodes – which is set to air on HBO Saturday evening – to “clean up” his inclusion of the so-called truther theories attributing the disaster to something other than unadulterated hatred leading to designed mass murder by sworn enemies of the USA. (I don’t see two sides of equal merit to consider.) Rather, all I’m here for is to encourage everyone to watch the third episode of this documentary from last Sunday evening. Simply put, it is expertly-crafted from a perspective only Brooklyn’s Spike Lee could bring to the screen. The heroics of the selfless employees of the FDNY are shown in breathtaking detail. You’ll see contemporary interviews with survivors linked up to stunning video of their experiences in NYC, captured as events transpired 20 years ago. It is simply remarkable television that hits you on an amazingly personal level.

That’s not to say the first two installments are inconsequential. You definitely should watch both. The first and second episodes are focused on the country’s response to COVID, the Black Lives Matter protests following the all-too-predictable yet incomprehensible evil of George Floyd’s killing, and the lunacy that was the January 6 insurrection at the Capitol. They also evoke emotional reactions and generate their own fair share of disbelief, frustration, and anger.

But the focus in episode three hits in a much different way because Spike Lee’s skill as a documentary filmmaker is simply unequalled when it comes to recording this century’s American history. The love Spike has always displayed for his hometown, and the ease with which he engages his fellow New Yorkers (the sound of his cackling from off screen is the best) provide a meaningful human touch to the narration. And he has managed to bring us some new perspectives on the events that shook us all.

For example, did you have any idea there was one dude, a solo custodian, whose job pre-9/11 was cleaning stairwells–all 110 floors of them?

Or how about the accounts from the participants in a maritime evacuation at the southern tip of Manhattan rivaling the numbers rescued at Dunkirk? If you can do so without fear of triggering trauma, watch and learn. And then get back to me to report just how long it took for you to pick your jaw up off the floor.

I am hyped to take in the final episode this weekend. I have to believe Spike Lee will find the way to end this epic accounting of NYC’s resiliency in the face of tragedy on a positive note.

Documentary
In this article: 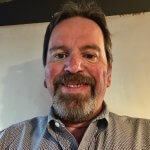 Cruise Through April with Weirdos, Winslet, and Wondrous Adventures: The Best of This Month’s TV

I don’t know how it’s already April or why time really does seem to be springing forward; nevertheless, it’s that time of year when...

When I think about the career of director Penelope Spheeris, I’m reminded of Walt Whitman’s line: “Do I contradict myself? Very well then I...