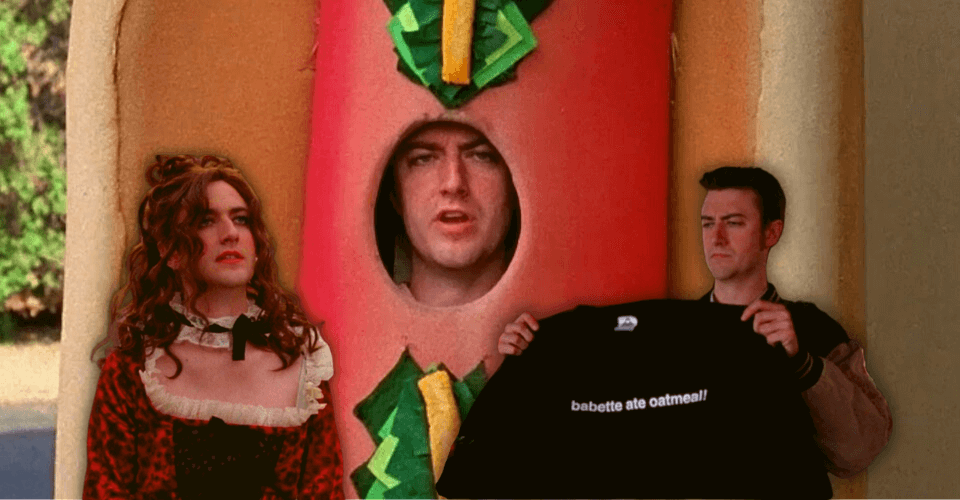 We all spent our Gilmore Girls years talking about Rory and Lorelai (and Dean and Jess and Luke). Meanwhile, Sookie was there the whole time being amazing! Still, I say Kirk was arguably Stars Hollow’s most interesting resident. Every episode seemed to bring a new job, allergy, or hobby into Kirk’s life. Whether he was driving Luke crazy by opening up a competing diner, trying to sell Lorelai a Condoleezza Rice-shaped mailbox, or dressing up as the town whore for a Revolutionary War reenactment in an effort to help Taylor, Kirk never failed to provide a laugh – though it was usually unintentional on his part.

But despite his eccentricities (and there were many), Kirk had his act together in a way that many of our favorite characters did not. Let’s break down five reasons why Kirk might actually be the most emotionally stable character on the show:

It’s a weird relationship, I’ll give you that. Any man in his 30s (40s?) living in his mother’s basement raises some eyebrows, but was Lorelai’s relationship with her mother really that much better?

I know what you’re thinking – “Didn’t Kirk show up naked, break into Lorelai’s garage, and sleep in Luke’s boat that one time he tried to move out of his mother’s house?” Yes, that did happen. I’m not arguing Kirk is perfect. No one is. I mean, Rory and Lorelai went without speaking for half a season when Rory had a mental breakdown and dropped out of Yale. Kirk’s allowed one naked night in a boat. Besides, he was only in the boat because he was trying to be a better man for his girlfriend, Lulu. 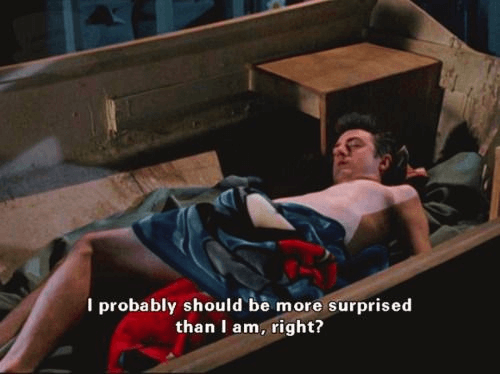 2. His long-term relationship with Lulu.

Kirk and Lulu start dating almost from the moment she returns to Stars Hollow. The massive amounts of preparation he puts into their first date (scouting locations, filming himself eating) are just so… Kirk. And honestly pretty sweet. Kirk and Lulu continue dating for the rest of the series, which is impressive. While Rory and Lorelai were constantly hemming and hawing over their rotating beaus, Kirk and Lulu’s biggest fight was over a pink ribbon.

No one really understands what Lulu sees in Kirk – least of all Kirk himself. But their relationship was rock solid despite the fact that Kirk’s mother is ALLERGIC to Lulu. Can you imagine if Lorelai had been allergic to Dean? His relationship with Rory wouldn’t have lasted long, which honestly would probably have been for the best considering Dean was a snoozefest. But Kirk and Lulu persevered (with some help from Luke and Lorelai), his mother’s allergies be damned. Now that’s true love.

It felt like every episode, Kirk had a new job. He worked a total of sixty-two different jobs over the course of the series, and that doesn’t include the A Year in the Life Netflix special, where Kirk could be found chauffeuring people around Stars Hollow in his “Oober” driving service – a blatant Uber rip-off.

Kirk was persistent when it came to his employment. Most of his jobs didn’t work out – like that time he tried to sneak onto Sookie’s kitchen staff at the Dragonfly Inn. When Sookie sniffed him out, he simply pivoted to trying to work at reception instead. He’s resilient!

Working all those odd jobs paid off for Kirk – literally. He saved up enough money to put in a bid for the old Twickham house, much to Luke’s chagrin. Finding himself outbid on the house he’d hoped to buy for Lorelai–and by Kirk of all people–Luke was furious. He didn’t understand how Kirk could possibly have that much money. 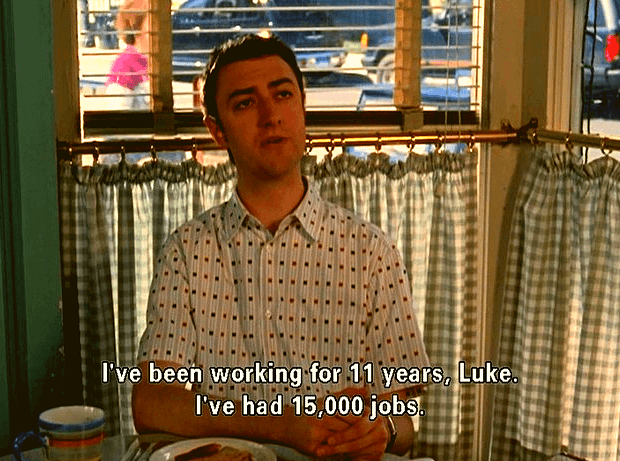 Kirk explained: “I’ve been working for eleven years, Luke. I’ve had 15,000 jobs. I’ve saved every dollar I’ve ever made. That and the miracle of compound interest has created a bounty of a quarter of a million dollars. Again, just under. I don’t want to brag.” Humble and successful. What a dreamboat.

Kirk’s the kind of friend who needs no explanation when you ask him for something. You need him to show up at your house at 3am with a canister of gasoline, a Funfetti sheet cake, and 86 rolls of toilet paper? He’ll be there, no questions asked.

No matter what kind of crazy plan someone in Stars Hollow had, Kirk was always game to help them out. In season 6, he assisted Taylor Doose in changing all the street names back to their original historic names from the 1700s. The Dragonfly Inn unfortunately ended up on Sores and Boils Alley, which didn’t sit well with Lorelai. In season 3, Kirk helped Rory create the world’s largest pizza (a birthday gift for Lorelai), and incurred severe cheese burns in the process. EMTs were dispatched, but Kirk saw the plan through regardless. 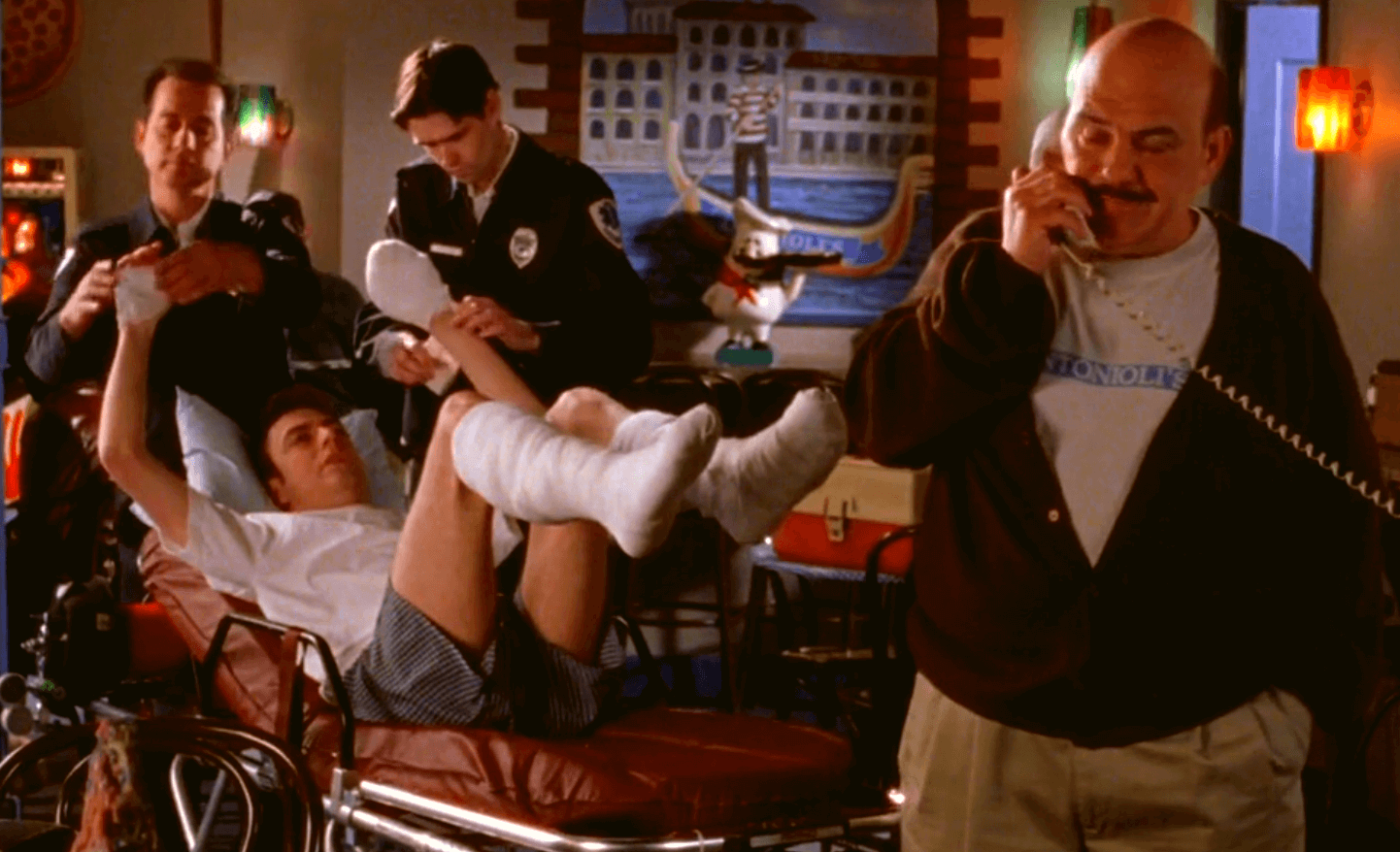 In season 4, Kirk agreed to skydive as part of a promotional event for the grand opening of Taylor’s Soda Shoppe. Did he have any skydiving experience? No. But Kirk doesn’t allow minor details like that to prevent him from being a team player. Plus Taylor paid him $20. Thankfully, Lorelai was able to talk him out of it.

5. He follows his passions.

Kirk had a lot of hobbies throughout the series, and he was passionate about the arts. When Kirk wanted to do something, he simply did it. Like taking dance classes at Miss Patty’s School of Ballet, or starring in Stars Hollow Elementary School’s production of Fiddler on the Roof. 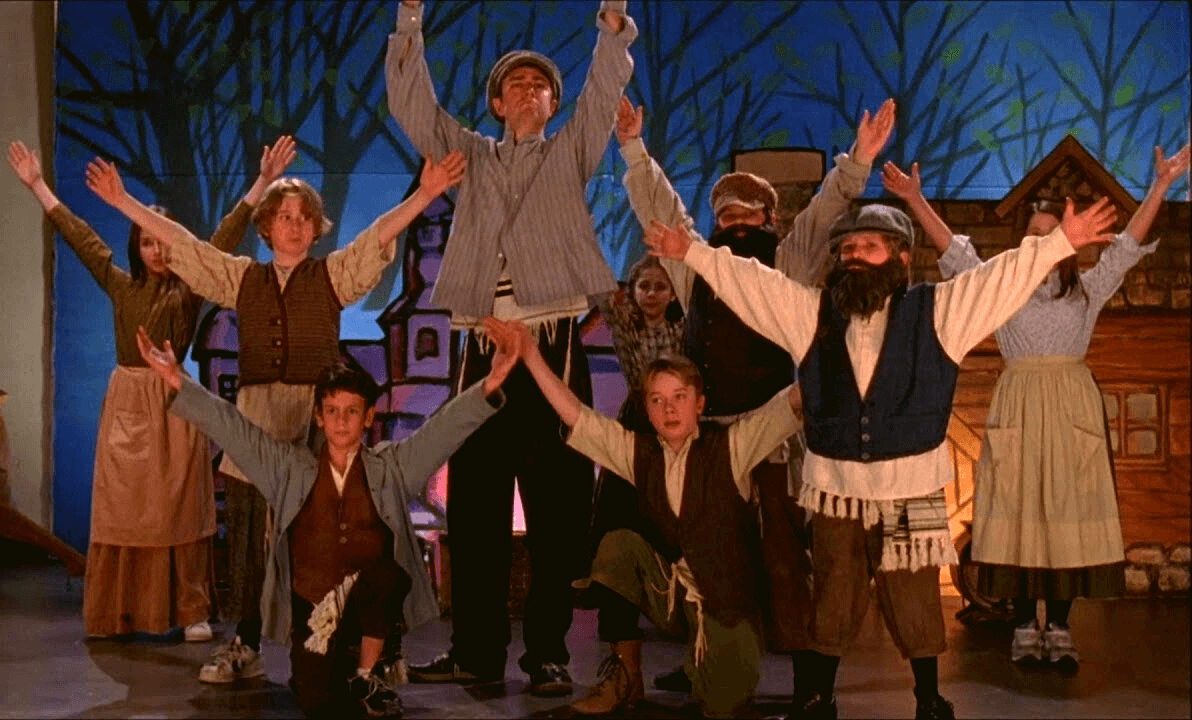 He even went so far as to write, direct, and star in his own short film, aptly named “A Film by Kirk.” The film took him five years to make, which is yet another testament to his work ethic. We even got a sequel – “A Second Film by Kirk” – in the Gilmore Girls revival. But like with all great films, the original is the best: